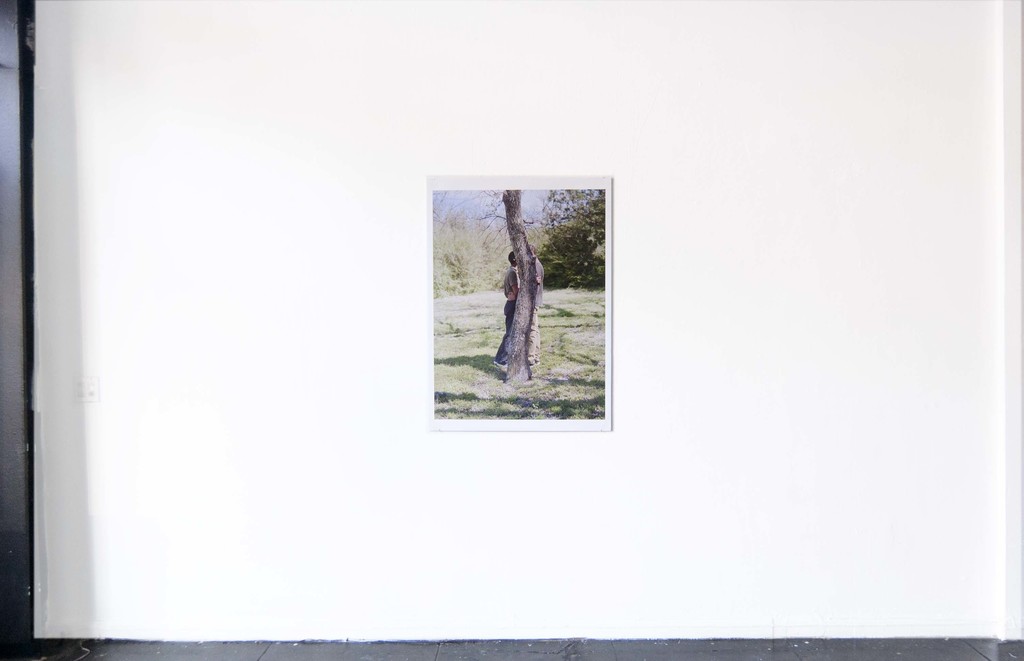 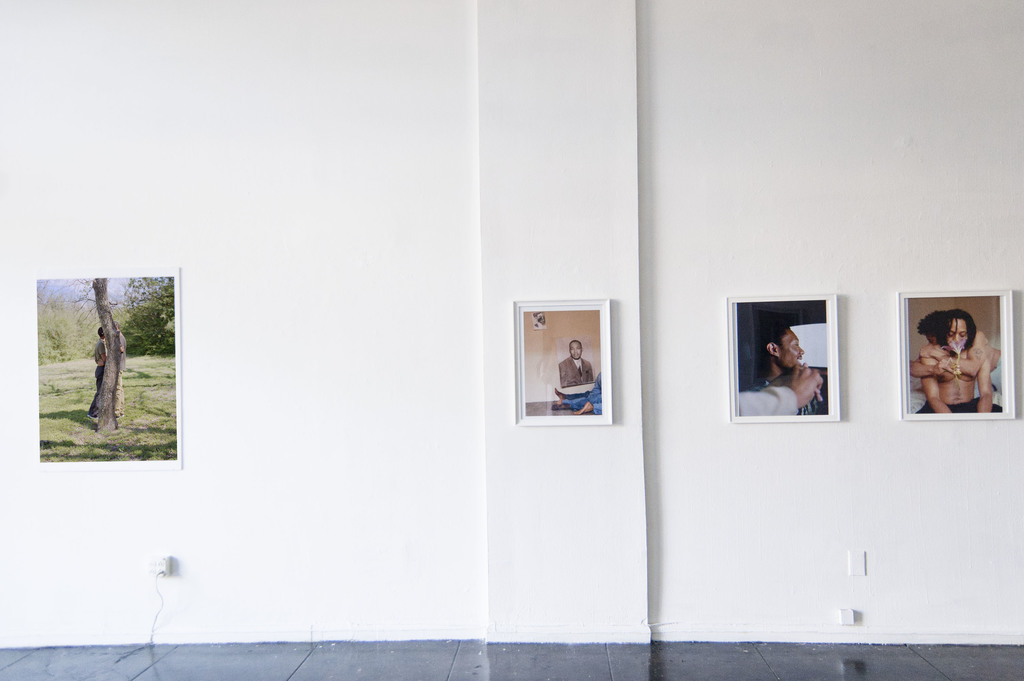 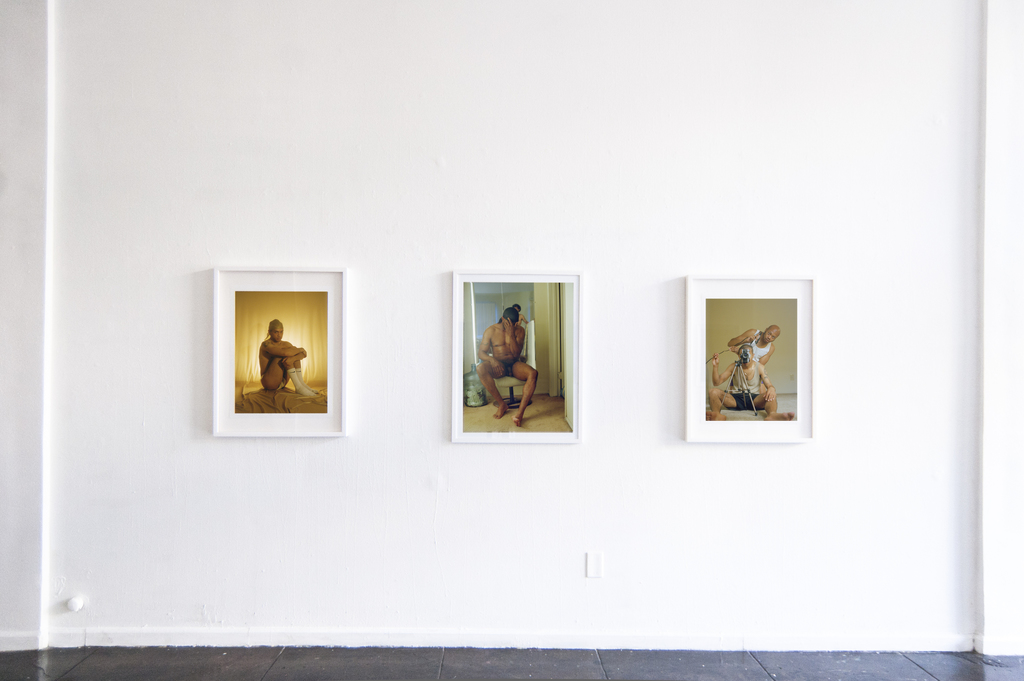 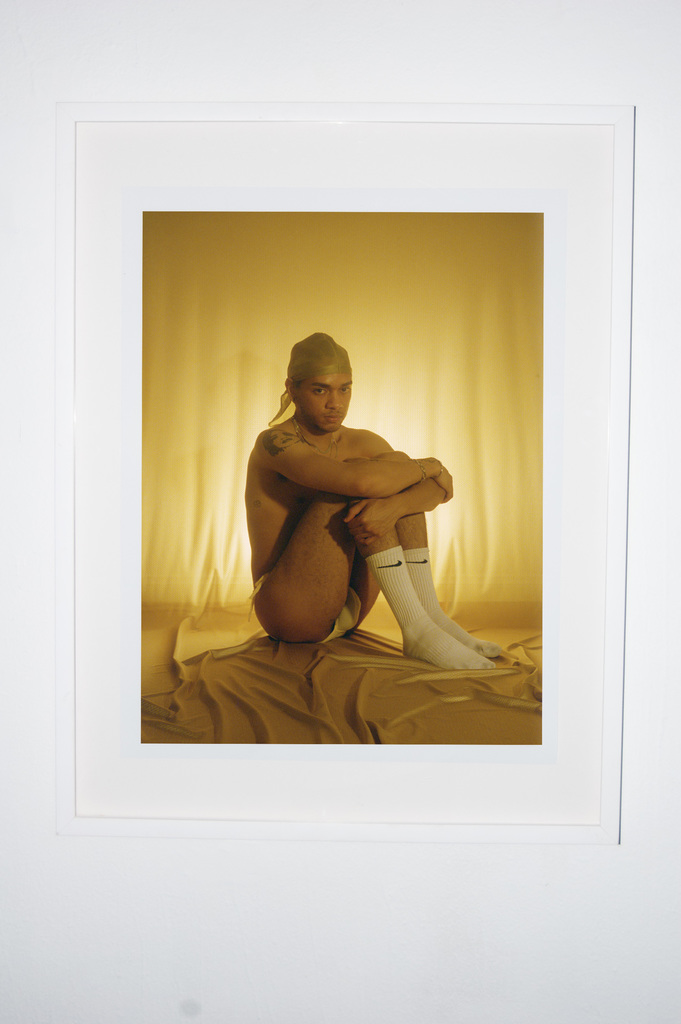 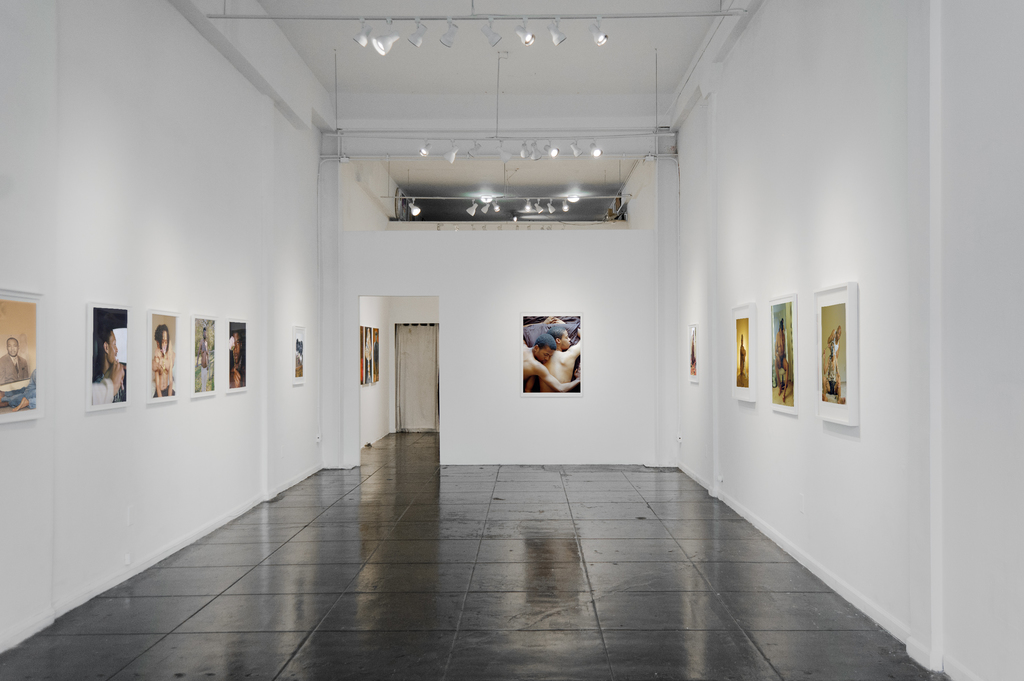 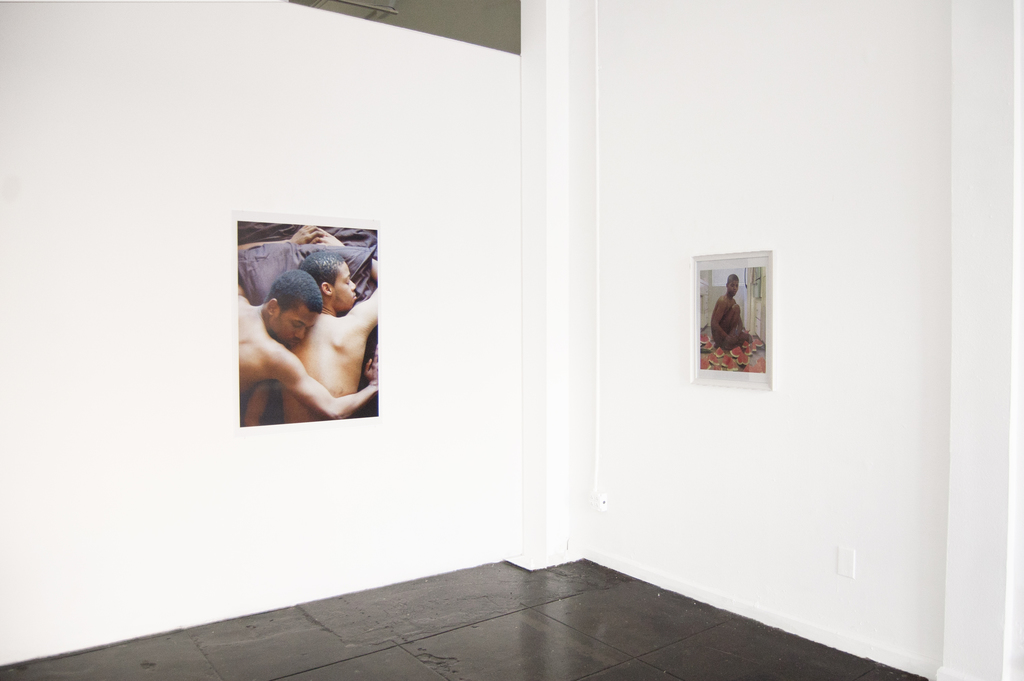 New Image Art is pleased to present, Communion, a solo exhibition of photographic work by Los Angeles-based artist, Clifford Prince King, opening Saturday, September 14th, 2019 from 7-10 PM.
The etymology of communion is as follows: Middle English, from Latin communion-, communio mutual participation, from communis. From the early 14th century it is defined as: an act or instance of sharing. Participation in something; that which is common to all. From the early 15th century it became marked as: 300-400 people packed into the hull of a ship.
And so on. In Clifford Prince King’s Communion, the nuance of communion as practice and as gesture unveils itself in a crafted display of habitual belonging.
Communion is seen as the gentle placement of beings in embrace. Soft moments of refuge and uninhibited intimacy. A hand held in the car, a hand resting on the waist, a hand curved around the nape of a neck. In communion there is an unspoken protection.
Layered within the images are nods to the beyond. Shared offerings to the past manifest in codes hidden in plain sight, known only to those who sit within a shared place of knowledge. A poster hanging in the foreground, wigs on a dresser, small stacks of books with their spines just visible; a collection of items that signify here blackness resides. In these instances, communion begins to morph into an offering of memory; it is how King honors the soft and layered physicality of time.
In the act of creating offerings, King illustrates how communion can also make alters of beings. People are not displayed but shown an earnest, clarified sense of personhood. Through communion, one garners the precedence of value simply by existing.
Shared space, bodies, and iconography prioritize what it means to be seen and tended to in ways that move within and beyond the physical. Portraiture becomes prose. The act of seeing and being seen in the practice of communion reminds us that one is never truly alone. -Text by Sydney Haliburton
Sydney Haliburton is a queer black student, writer, and musician based in Chicago, IL