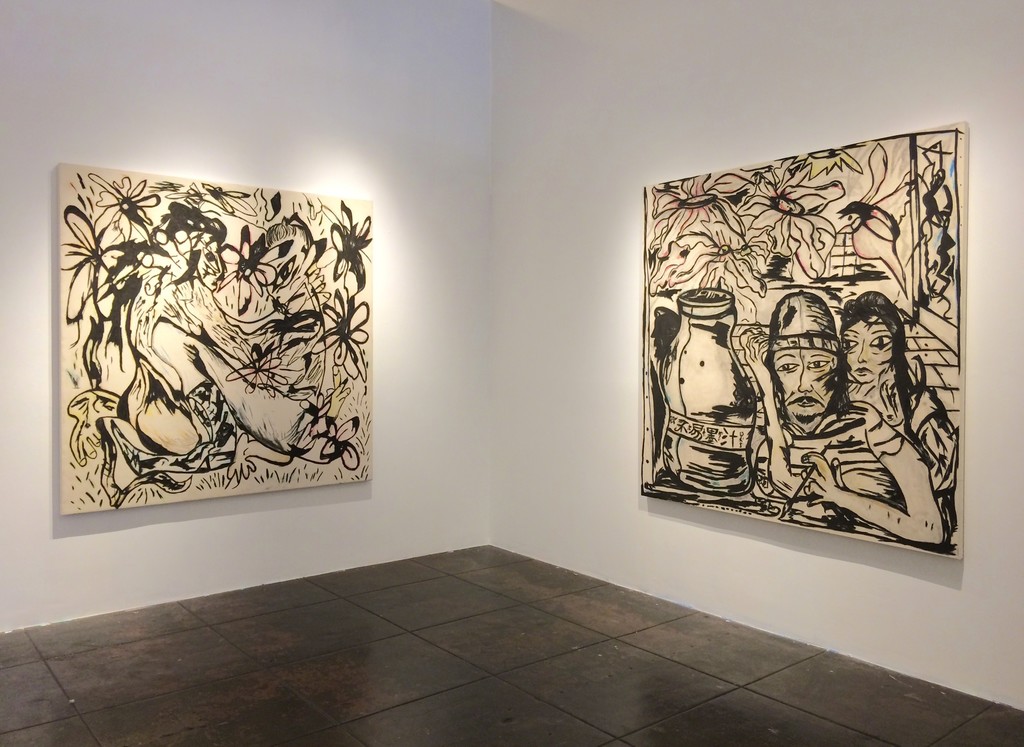 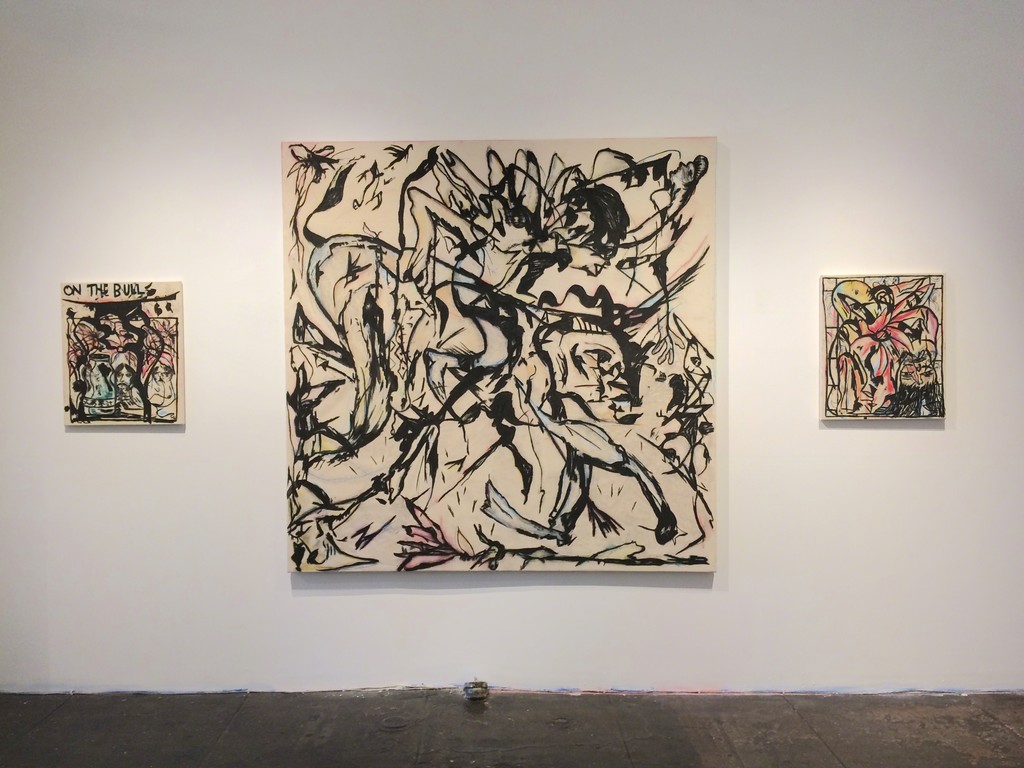 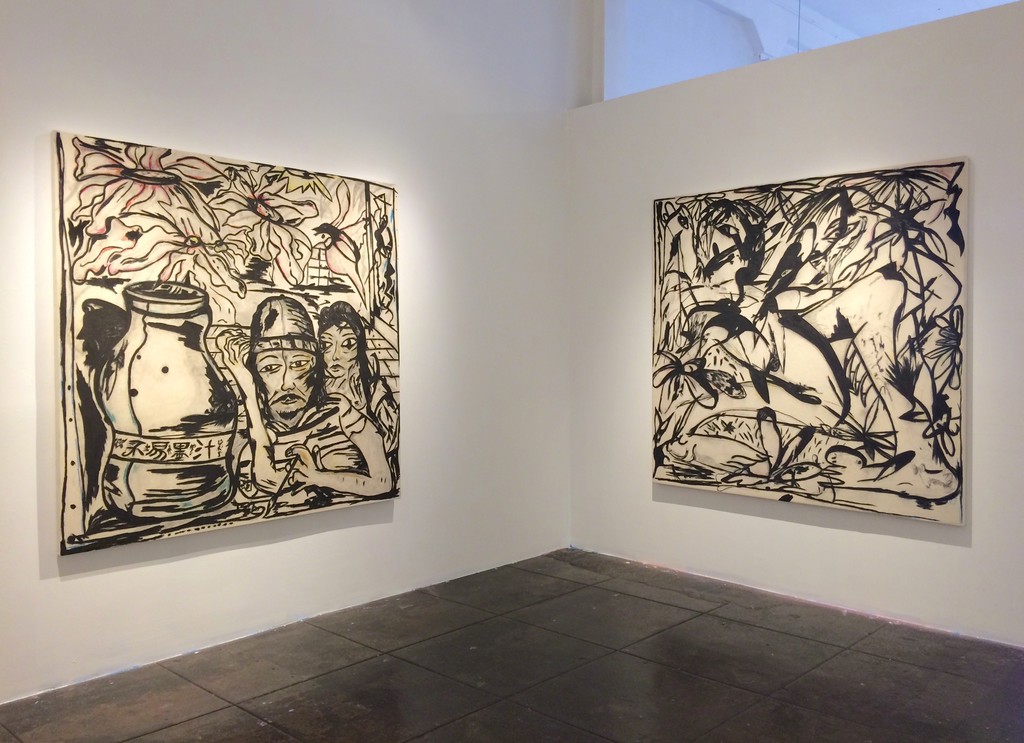 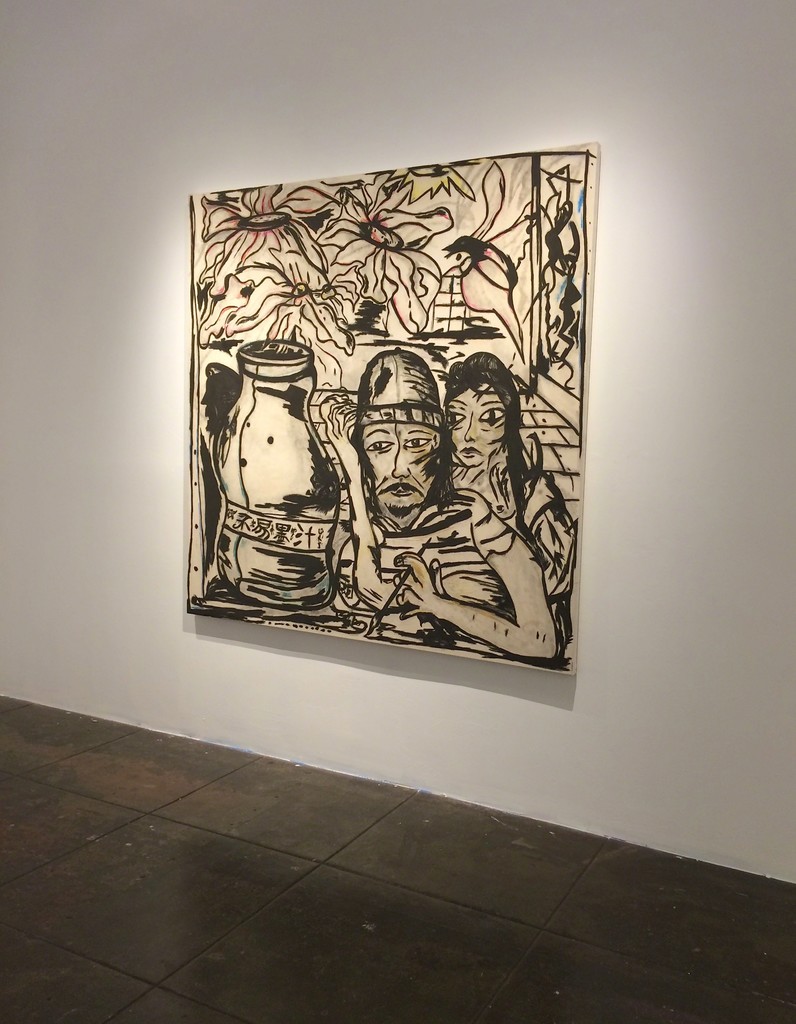 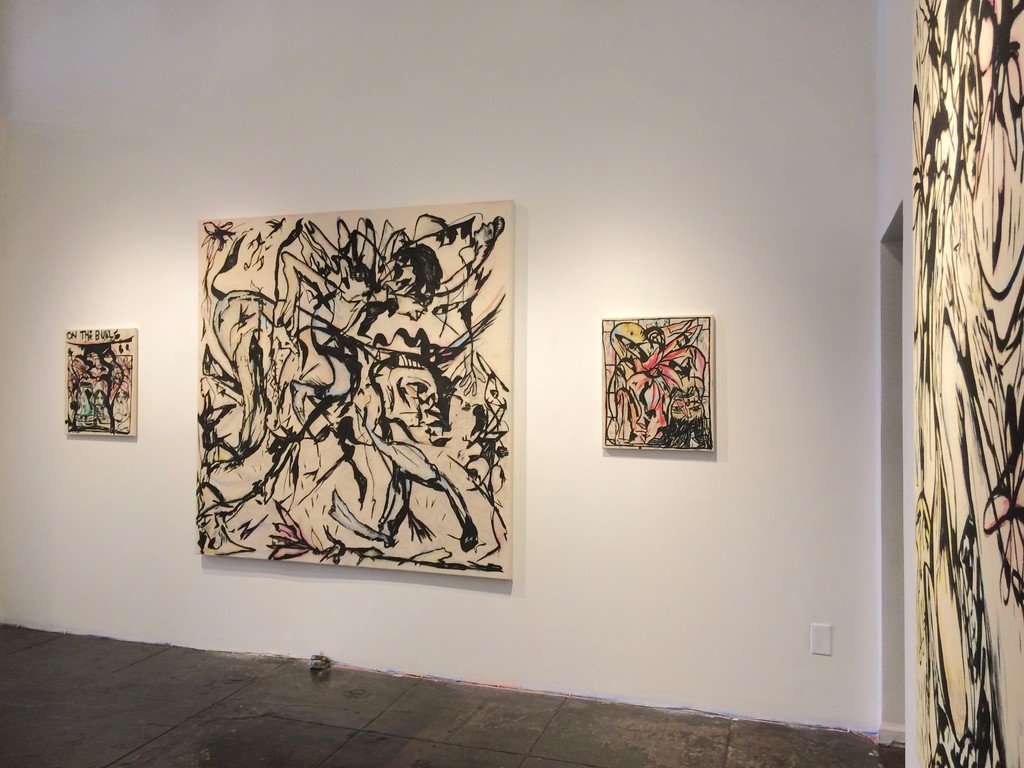 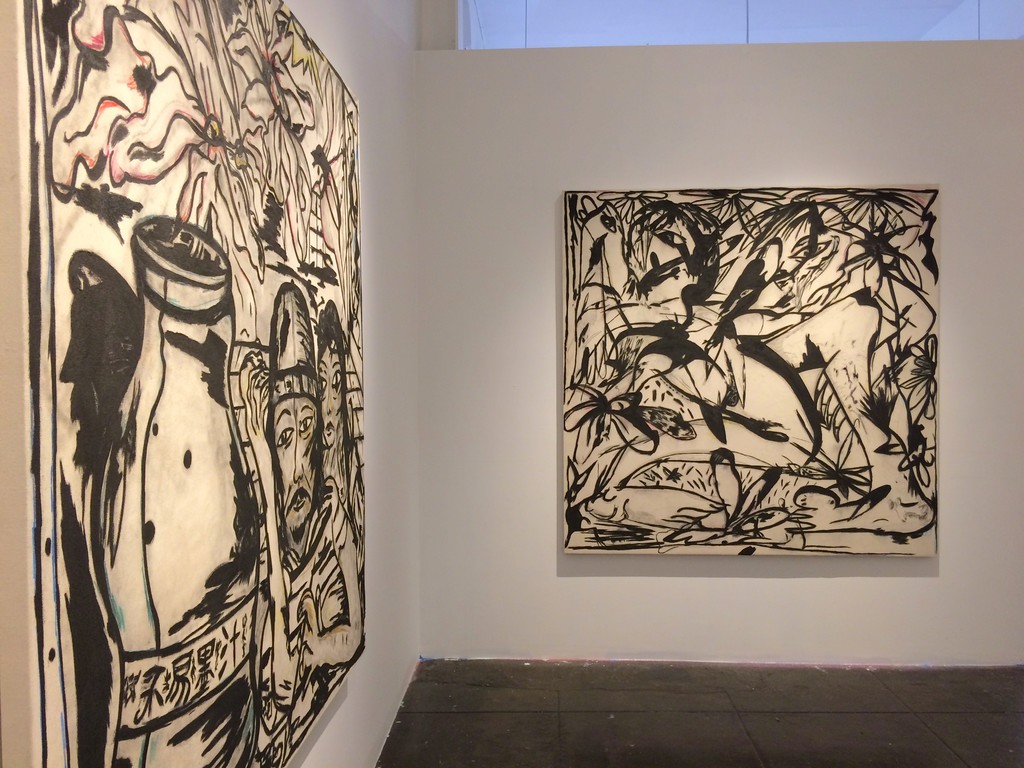 New Image Art is pleased to present in The Project Room a solo exhibition, "Tryin’ To Stay On The Bull" with Los Angeles based painter Daniel Gibson. The show features a new series of large-scale sumi ink paintings on canvas in Gibson’s scruffy yet sensual figurative style.

Born in 1977, Daniel Gibson grew up in the border town of El Centro, five minutes north of Mexicali, Baja MX. The work in "Tryin' to Stay on the Bull," is made from charcoal, sumi ink, and watercolor pencil on canvas. The scenes in these works intermingle abstracted human figures, elements of nature, objects, and occasionally small narratives to a dream-like end. These narrative based scenes range in their depth, from sketchy renditions to bold brush strokes. There is an honest and sincere quality to these "drawings as paintings" and a strong command of the materials Gibson uses. His work embraces a painterly gesture that is unique to the work with a push and pull, enter and exit, from abstraction to figuration. Gibson currently lives and works in his Chinatown studio.