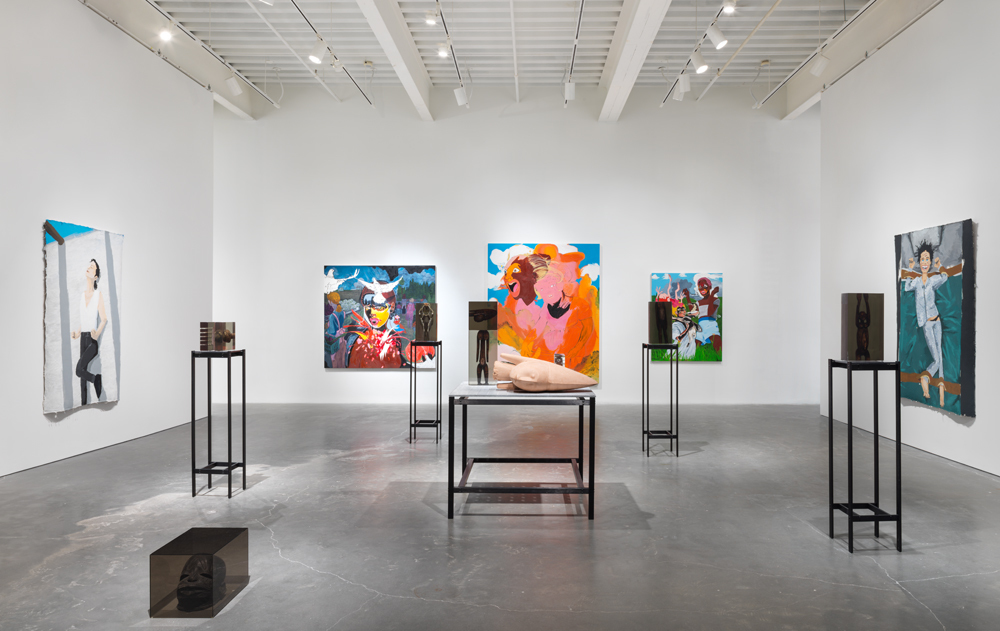 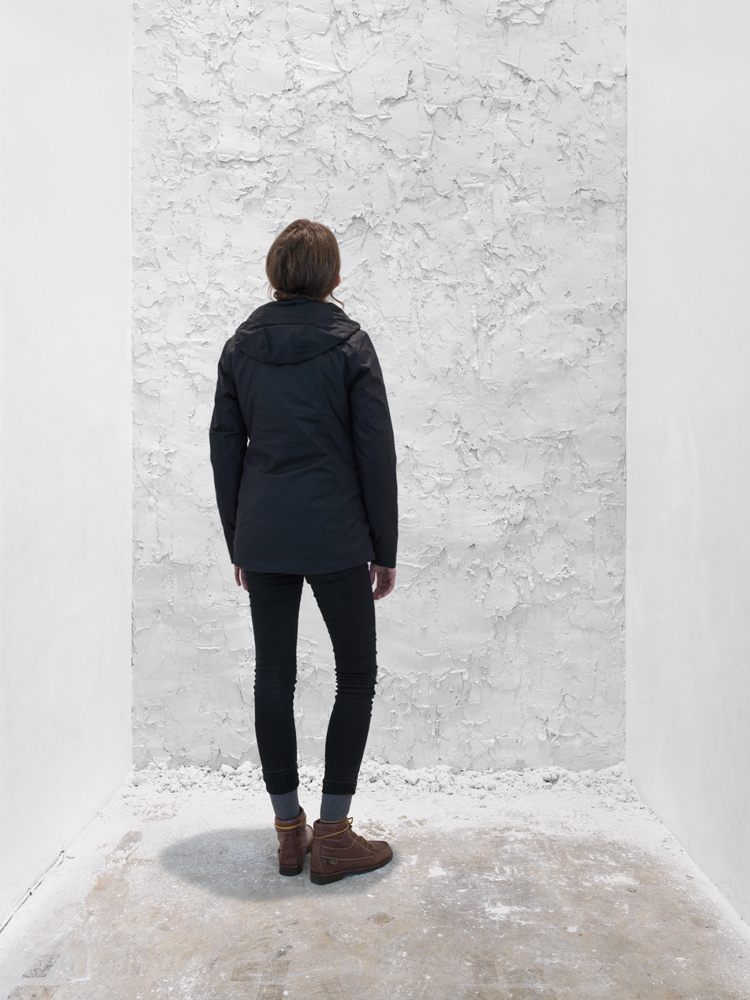 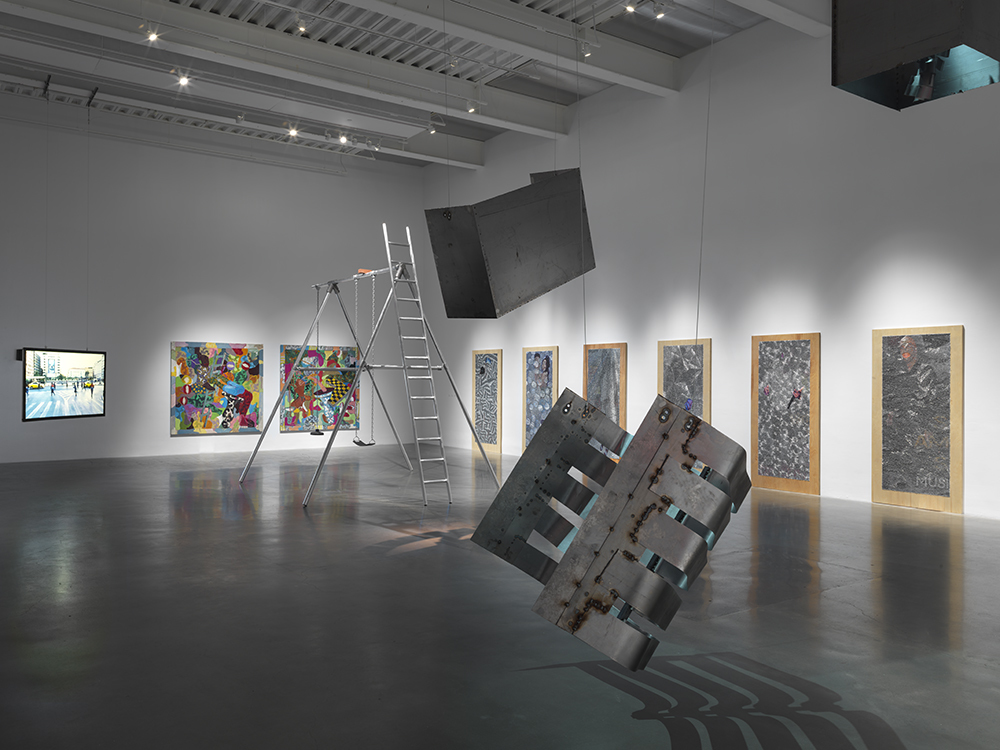 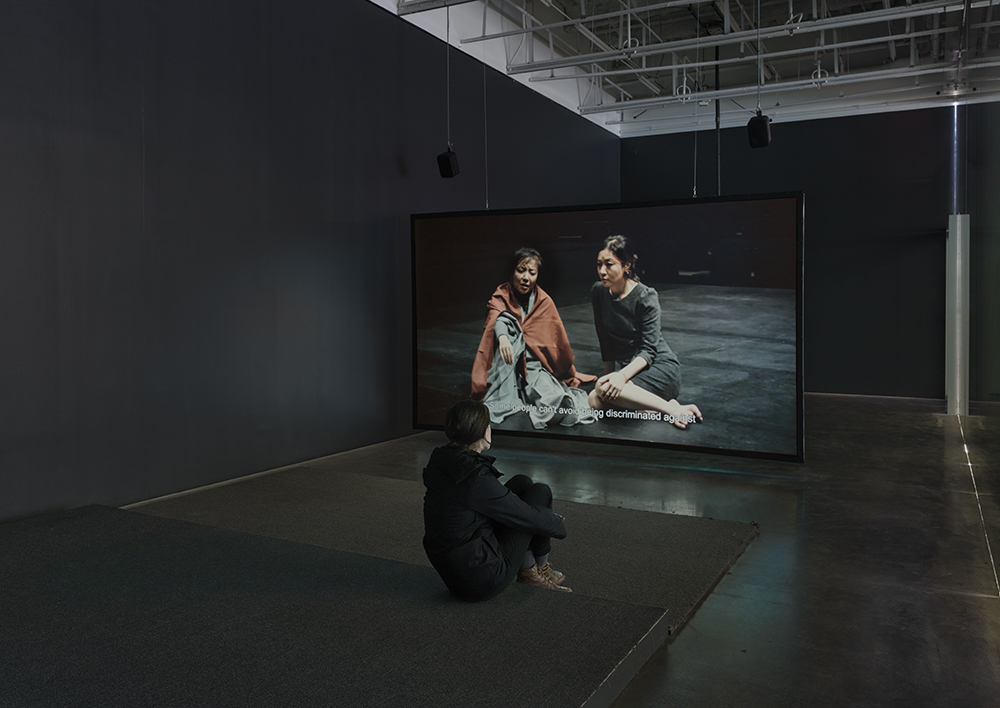 New York, NY...The New Museum presents the 2018 Triennial, “Songs for Sabotage,” on view from February 13–May 27, 2018. Filling four oors of the Museum, the fourth iteration of the Triennial is co-curated by Gary Carrion-Murayari, Kraus Family Curator at the New Museum, and Alex Gartenfeld, founding Deputy Director and Chief Curator at the Institute of Contemporary Art, Miami, with Francesca Altamura, Curatorial Assistant at the New Museum.

“Songs for Sabotage” brings together works across mediums by twenty-six artists, artist groups, and collectives from nineteen countries. The exhibition questions how individuals and collectives around the world
might effectively address the connection of images and culture to the forces that structure our society. Together, the artists in “Songs for Sabotage” propose a kind of propaganda, engaging with new and traditional media in order to reveal the built systems that construct our reality, images, and truths. The exhibition amounts to a call for action, an active engagement, and an interference in political and social structures urgently requiring them.

“Songs for Sabotage” explores interventions into cities, infrastructures, and the networks of everyday life, proposing objects that might create common experience. The exhibition takes as a given that these structures are linked to the entrenched powers of colonialism and institutionalized racism that magnify inequity. Through their distinct approaches, the artists in “Songs for Sabotage” o er models for dismantling and replacing the political and economic networks that envelop today’s global youth. Invoking the heightened role of identity in today’s culture, they take on the technological, economic, and material structures that stand in the way of collectivity.

These artists are further connected by both their deep engagements with the speci city of local context and a critical examination—and embrace— of the internationalism that links them. Their works range widely in medium and form, including painted allegories for the administration of power, sculptural proposals to renew (and destroy) monuments, and cinematic works that engage the modes of propaganda that in uence us more and more each day. Viewed in ensemble, these works provide models for reflecting upon and working against a system that seems doomed to failure.

Building upon the success of the rst three installments of the New Museum Triennial, “Songs for Sabotage” follows “Younger Than Jesus” (2009), “The Ungovernables” (2012), and “Surround Audience” (2015). This edition of the Triennial presents new and recent work, the majority by artists who are exhibiting in the United States for the rst time.

“As an exhibition series, the New Museum Triennial has historically promised to speculate upon the in uence and voice of young global artists. Yet today this mere notion of speculation is problematic, tied as it is to rhetoric of unlimited growth and uncritical embrace of technology,” says Gary Carrion-Murayari.

“Whether through corporate technologies or creative labor, images play a de ning role in consolidating power in society and culture. ‘Songs for Sabotage’ highlights artists whose interventions into the mechanics of culture and daily life are reestablishing common ground, and powerfully, poignantly advocate for systemic changes in global culture,” says Alex Gartenfeld.

The exhibition is accompanied by a fully illustrated catalogue copublished by the New Museum and Phaidon Press Limited.

Major support is provided by the Jacques and Natasha Gelman Foundation.

The accompanying publication was made possible, in part, by the Elizabeth Firestone Graham Foundation and the J. McSweeney and G. Mills Publications Fund at the New Museum.

Education and community programs are supported, in part, by the American Chai Trust.