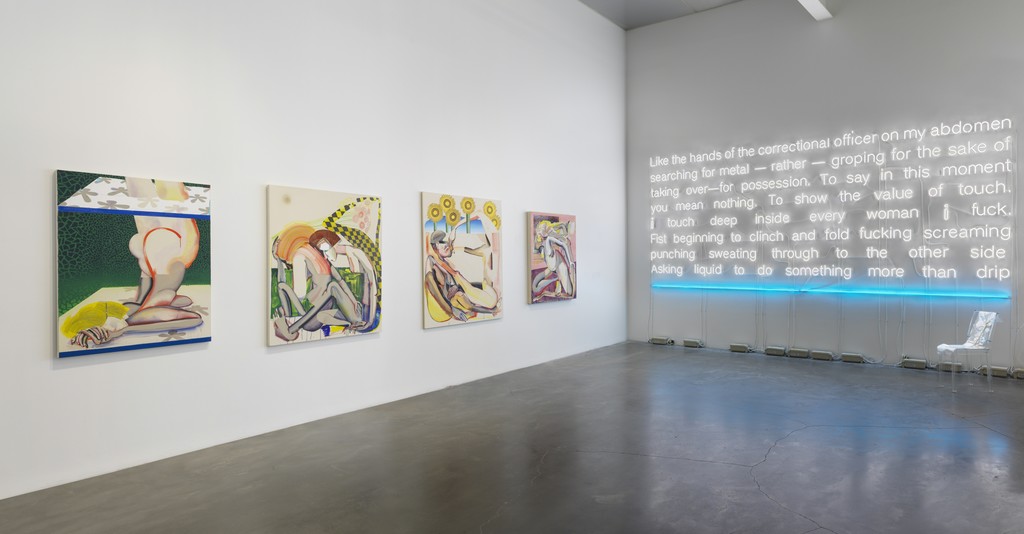 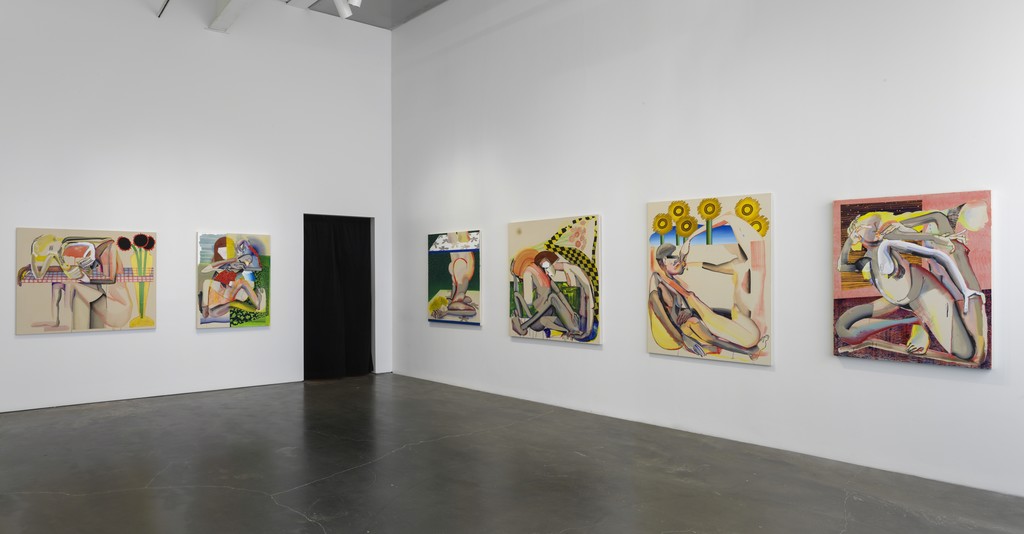 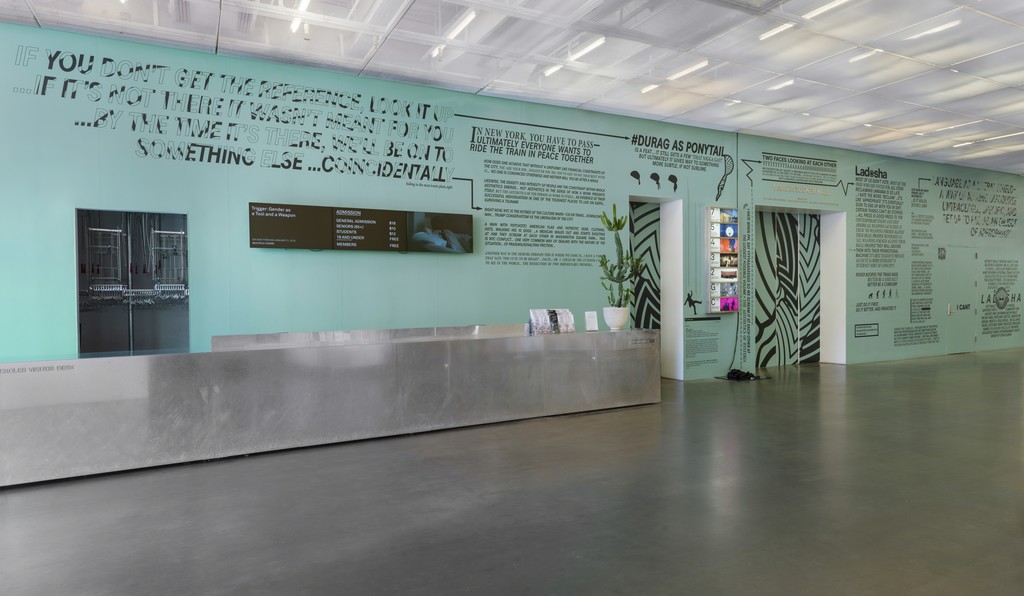 “Trigger: Gender as a Tool and a Weapon” investigates gender’s place in contemporary art and culture at a moment of political upheaval and renewed culture wars. The exhibition features an intergenerational group of artists who explore gender beyond the binary to usher in more fluid and inclusive expressions of identity.

The New Museum has been committed to urgent ideas since its inception, devoting many exhibitions and programs over the years to issues of representation with regard to gender and sexuality: “Extended Sensibilities” (1982), “Difference” (1984–85), “HOMO VIDEO” (1986–87), and “Bad Girls” (1994) are just four notable examples. Following in this tradition, “Trigger” extends the conversation around identity, considering how even a fluid conception of gender is marked by ongoing negotiations of power and cannot be understood outside its complex intersections with race, class, sexuality, and disability. The exhibition’s title, “Trigger,” takes into account that word’s range of meanings, variously problematic and potent; the term evokes both traumatic recall and mechanisms that, set into motion, are capable of igniting radical change.

The exhibition features more than forty artists working across a variety of mediums and genres, including film, video, performance, painting, sculpture, photography, and craft. Many embrace explicit pleasure and visual lushness as political strategies, and some deliberately reject or complicate overt representation, turning to poetic language, docufiction, and abstraction to affirm ambiguities and reflect shifting physical embodiment. Representing no single point of view, and in some cases presenting productively contradictory positions, “Trigger” assembles artists for their singular efforts in considering gender’s capacity to represent a more general refusal of stable categorization—a refusal at the heart of today’s most compelling artistic practices.

The artists in “Trigger” share a desire to contest repressive orders and to speculate on new forms and aesthetics—a desire to picture other futures. For many, developing new vocabularies necessarily entails a productive reworking of historical configurations. A number of artists in the exhibition—including Josh Faught, Reina Gossett and Sasha Wortzel, Ellen Lesperance, Mickalene Thomas, and Candice Lin—return to archival materials in order to critique, build upon, and explore longstanding debates around intersectionality, alliance, and the project of world-building. Beauty is not supplemental to politics here, but central to the process of positing and building new social structures. The exhibition brings together a range of practitioners, some with a longstanding commitment to activism—such as Nancy Brooks Brody, an original member of the collective fierce pussy, and Vaginal Davis, who has long critiqued systematic oppression tied to gender, race, class, and sexuality—alongside emerging artists such as Sable Elyse Smith, Paul Mpagi Sepuya, and Chris E. Vargas, whose works variously plumb mechanisms of regulation.

The exhibition includes a number of commissioned works, including a major new braided sculpture by Diamond Stingily that snakes through gallery floors, trailing from the Fourth Floor all the way down to the Museum’s Lobby, and alludes to the racial dimensions of beauty conventions as well as to Medusa, the mythological snake-haired woman whose gaze could turn men into stone. Nayland Blake has produced a life-size suit of their “fursona” named Gnomen, which the artist periodically inhabits and activates throughout the course of the exhibition. Tuesday Smillie continues a recent series of textile works that both refer to significant historical protest signs—such as those associated with Sylvia Rivera, Marsha P. Johnson, and other members of Street Transvestite Action Revolutionaries—and present new slogans. ektor garcia presents a series of site-specific, readymade sculptures that evoke S&M fetish gear and Mexican housewares while suggesting movement away from definitive gender and sexual roles.

Commissioned performances feature prominently in the exhibition, with the premiere of a three-part musical by Morgan Bassichis that returns to the influential 1977 publication The Faggots & Their Friends Between Revolutions, live music organized by Simone Leigh and staged inside her installation, monthly performances by Justin Vivian Bond, and a series of performance-lectures on masculinities by Gregg Bordowitz. The exhibition also includes a special performance by Vaginal Davis titled Blick und Begehren [Gaze and Desire], and a new three-episode season of The Dyke Division of the Two-Headed Calf’s Room for Cream, the live lesbian soap opera presented at La MaMa theater in New York from 2008 to 2010.

A full list of exhibition-related public programs is available here.

The exhibition is curated by Johanna Burton, Keith Haring Director and Curator of Education and Public Engagement, with Sara O’Keeffe, Assistant Curator, and Natalie Bell, Assistant Curator. It is accompanied by a fully illustrated catalogue designed by Joseph Logan and published by the New Museum. The catalogue includes essays by Rizvana Bradley and Jeannine Tang, as well as a conversation between Julia Bryan-Wilson and Mel Y. Chen. It also includes genealogies organized by Sara O’Keeffe, an institutional archival portfolio organized by Kate Wiener, and transcripts of roundtable conversations between members of the exhibition’s advisory group: Lia Gangitano, Ariel Goldberg, Jack Halberstam, Fred Moten, and Eric A. Stanley.

Sponsors
Lead support for “Trigger: Gender as a Tool and a Weapon” is provided by the Andy Warhol Foundation for the Visual Arts

Artist residencies are made possible by:
Laurie Wolfert
The Council for Artists Research and Residencies of the New Museum

Additional support is provided by:
The Toby Devan Lewis Emerging Artists Exhibitions Fund
The Artemis Council of the New Museum

Special thanks:
The Roxy Hotel
The Bowery Hotel
The Standard, East Village

The accompanying publication is made possible, in part, by the J. McSweeney and G. Mills Publications Fund at the New Museum.

Special thanks to our media partner Refinery29.