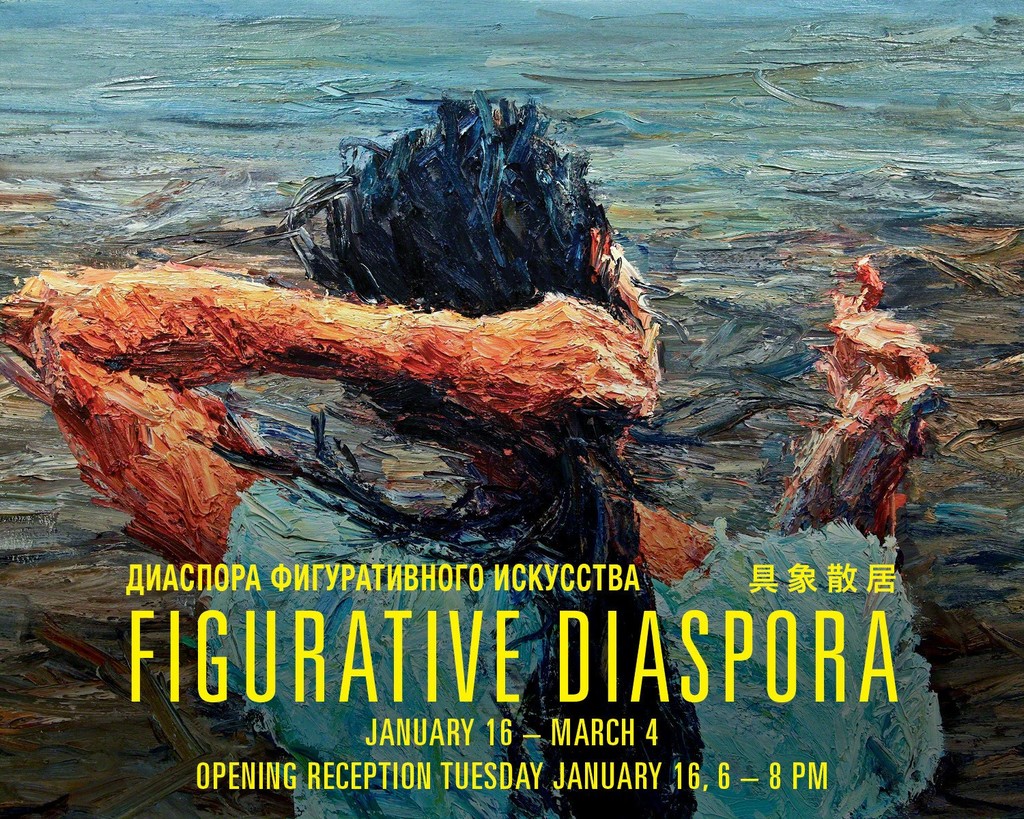 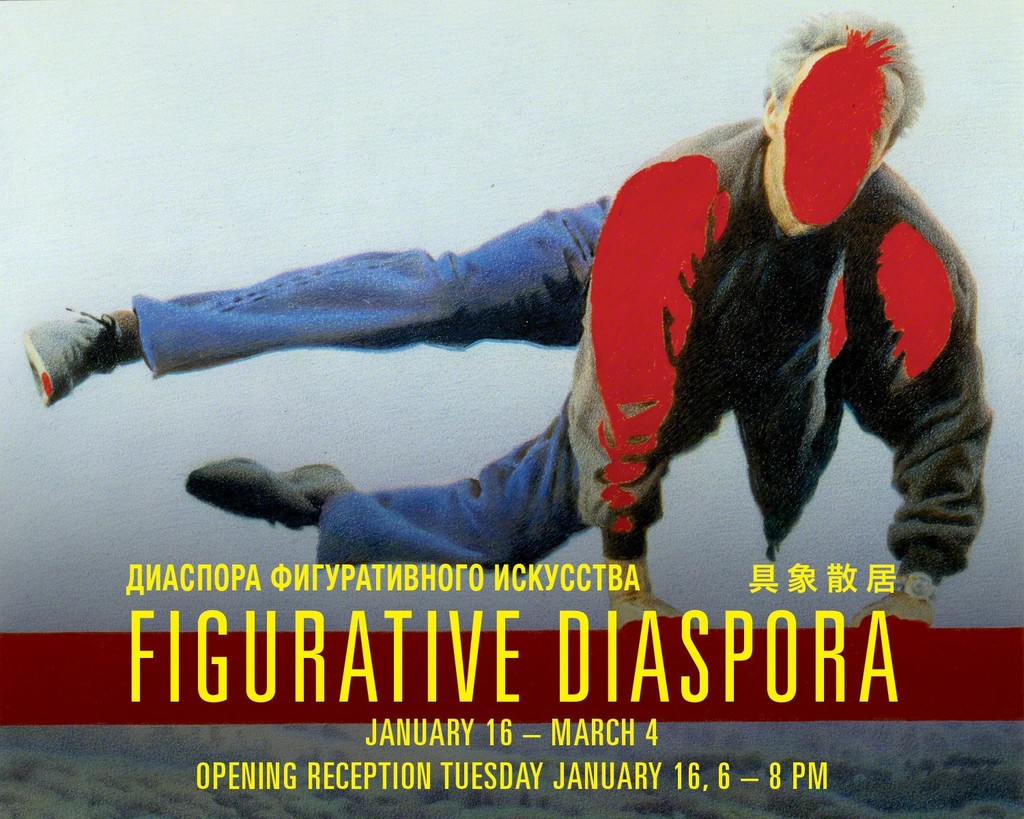 Each winter, the New York Academy of Art stages an exhibition of work from important contemporary figurative artists, on a particular curatorial theme. In January 2018, the Academy will present Figurative Diaspora. Curated by artist Mark Tansey and Dean of the Academy Peter Drake, Figurative Diaspora presents works of “unofficial art” – subversive,
non-state sanctioned art – created by five Soviet artists and five contemporary Chinese artists. While other exhibitions have presented Russian underground art or Chinese post-Cultural Revolution art, Figurative Diaspora will be the first exhibition to trace the direct artistic influences of the USSR on the artists of the People’s Republic of China.
Historically, China had no tradition of oil painting. However, starting in the 1950s, young art students in China were trained by Soviet art instructors, in both the USSR and China, to make propaganda murals of Mao and idealized depictions of socialist workers. Two generations of Chinese artists thus received rigorous training in the tenets of Soviet Social Realism and classical technique. However, in both China and Russia, some artists began using their academic training to create subversive, mocking, political and, in some cases, highly dangerous works. This was deemed “unofficial art”: works made with official training but without state sanction. The Sots Art movement of the 1970s and 1980s, considered the USSR’s answer to Pop Art, used the iconography and propaganda symbols of Soviet Russia to deconstruct and explode established myths while Chinese artists used realism to question the official utopian view of Communist China. Figurative Diaspora reveals that figurative art, while being somewhat marginalized in the Western art training system, was being preserved and furthered in China and Russia, where art schools and movements were developing their own idiosyncratic language. In 1994, Vitaly Komar, a key figure of the Sots Art movement, introduced Mark Tansey to a community of Chinese painters
who had recently arrived in New York from Beijing. Like all state-trained artists, the Chinese painters had been drilled in impeccable Social Realist technique and Tansey was astonished at both the level of technical skill and its application to the figurative idiom. Tansey then organized an informal exhibition of their paintings in his New York studio, entitled Transformations.
Twenty-three years later, Figurative Diaspora now presents paintings by five Chinese artists, three of whom participated in Tansey’s Transformations exhibition (Yu Hong, Ni Jun and Liu Xiaodong) and two of whom are part of the same school (Lu Liang and Xie Dongming). Their pieces will be shown alongside works from five Russian artists who had been creating “unofficial art” decades earlier (Erik Bulatov, Alexander Kosolapov, Komar and Melamid, Irina Nakhova and Oleg Vassiliev). Figurative Diaspora will exhibit seminal works from both groups, including Kosalapov’s “Perseus (The Assassination of Trotsky by Stalin)” which was a centerpiece of the landmark Sots Art exhibition at the New Museum in
1986.
Due to a shared Soviet instruction system, and cross-pollination between Chinese artists trained in Russia and Russian artists who spent time teaching in China, the same pictorial grammar and thematic concerns unite artworks made on different continents in different decades. Erik Bulatov’s “Red Horizon” (1971-2000), which portrays a group of office workers incongruously wandering on the beach towards an unreachable horizon parallels Liu Xiaodong’s “My Hometown” (2014) with casual figures marching single file over a state-constructed dam. Both Ni Jun’s melancholy “China Central Television under Construction” (2008) and Oleg Vassiliev’s stark “Erik Bulatov - Mayakofsky Square” (1995) grapple with the concept of public spaces in socialist states. Comments Tansey, “What holds the pictures together is the similarity of gesture, the figural dynamics and the Socialist Realist voice.”
The New York Academy of Art is mounting Figurative Diaspora in its role as a national leader in the promotion and preservation of progressive figurative art. This exhibition is made possible by the support of XL Catlin, Cadogan Tate and the Neil K. Rector Collection.