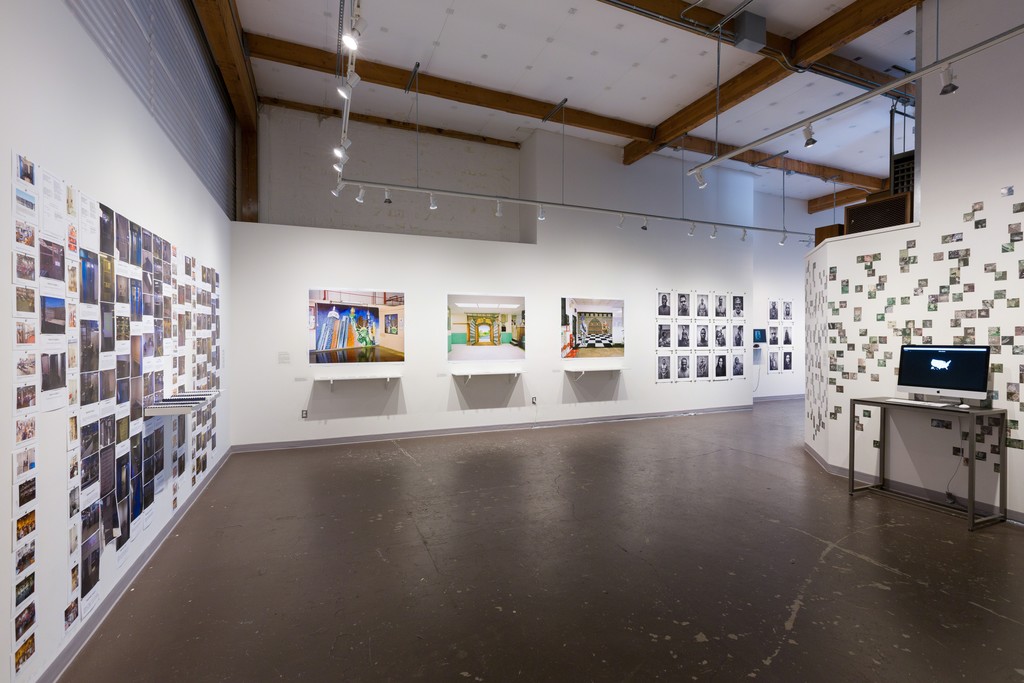 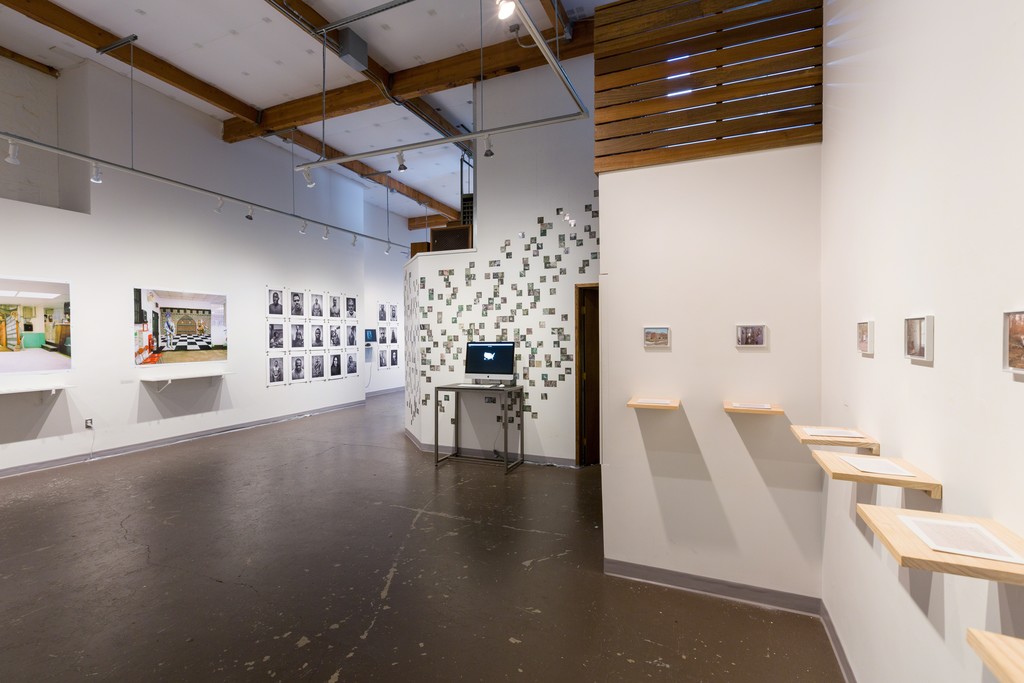 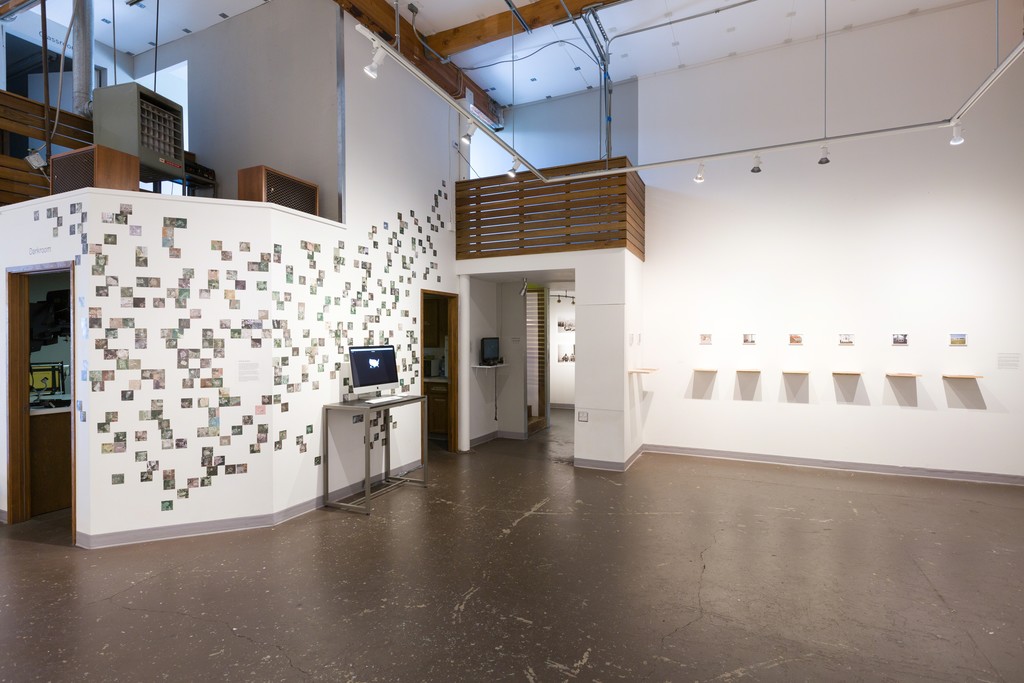 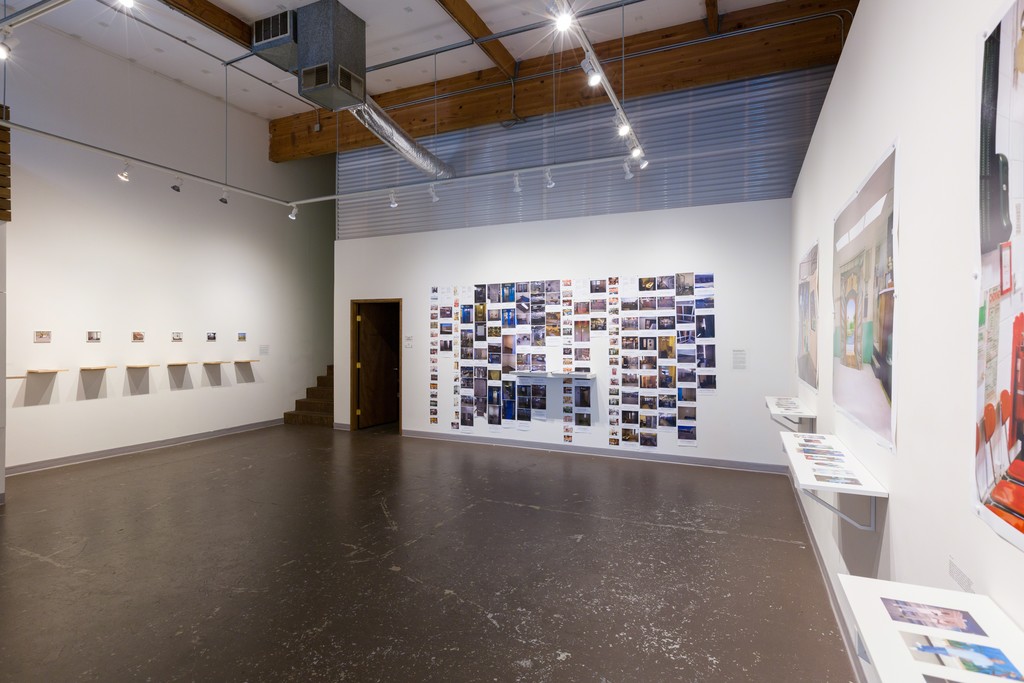 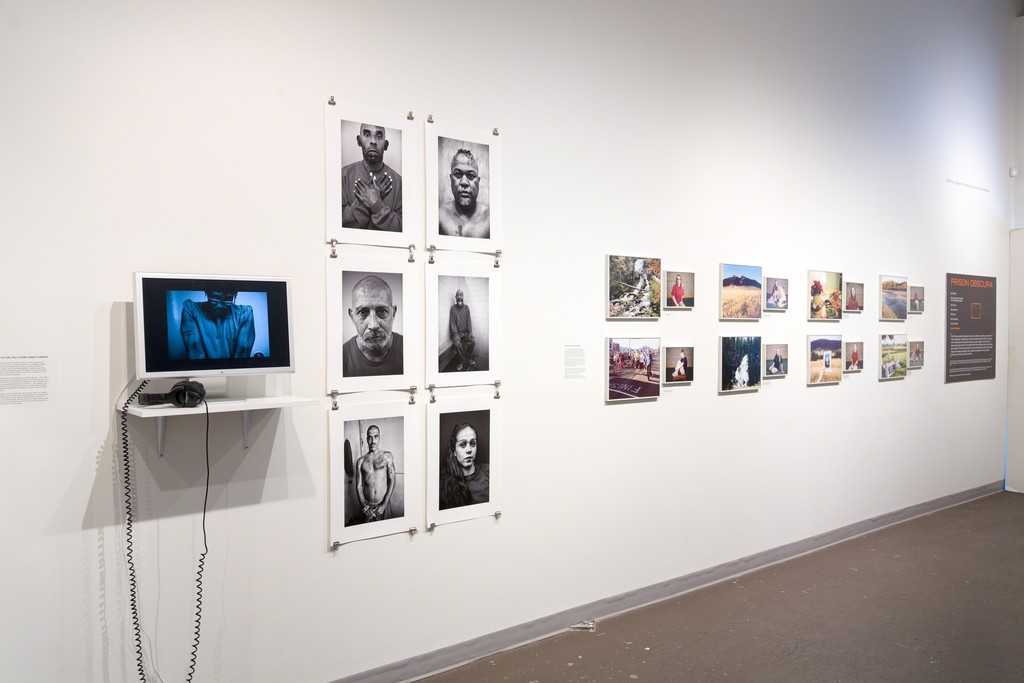 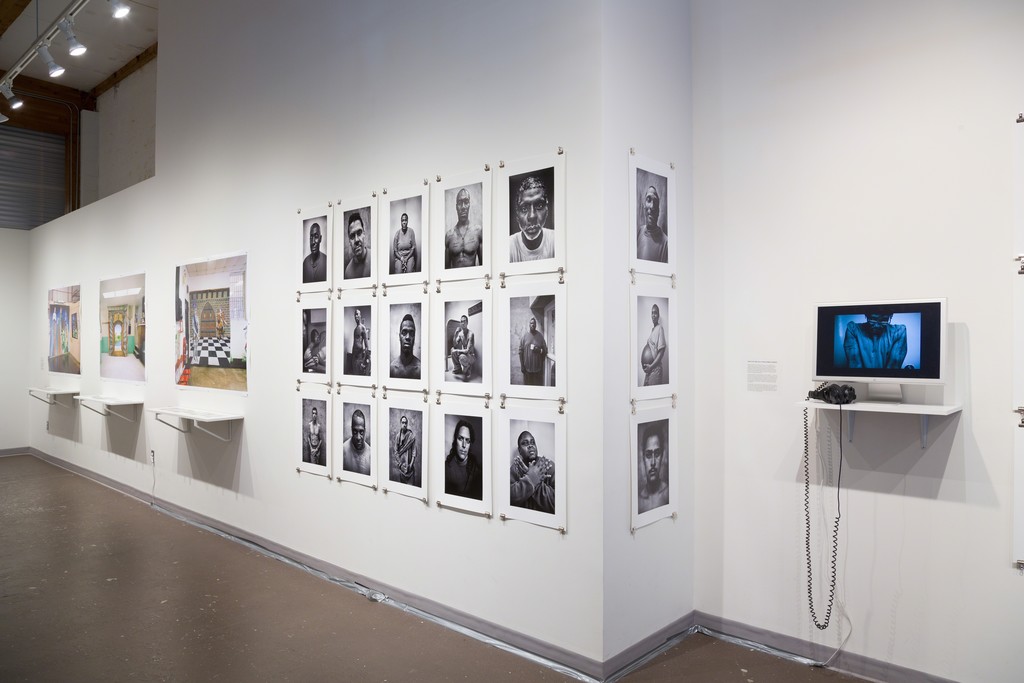 No country incarcerates a higher percentage of its population than the United States. More than 2.2 million people are currently locked up in the U.S.—a number that has more than quadrupled since 1980. But sadly, the lives lived behind bars are all too often invisible to those on the outside. Prison Obscura, curated by Pete Brook, sheds light on such experiences and the prison-industrial complex as a whole by showcasing rarely seen surveillance, evidentiary, and prisoner-made photographs. The exhibition encourages visitors to ask why tax-paying, prison-funding citizens rarely get the chance to see such images, and what roles such pictures play for those within the system.

Alyse Emdur’s prison visiting room portraits from across the nation and Robert Gumpert’s recorded audio stories from within the San Francisco jail system provide an opportunity to see, read, and listen to subjects in the contexts of their incarceration. Juvenile and adult prisoners in different workshops led by Steve Davis, Mark Strandquist, and Kristen S. Wilkins perform for the camera, reflect on their past, describe their memories, and self-represent through photographs. The exhibition moves between these intimate portrayals of life within the prison system to more expansive views of legal and spatial surveillance in Josh Begley’s manipulation of Google Maps’ API code and Paul Rucker’s animated video. Prison Obscura builds the case that Americans must come face-to-face with these images to grasp the proliferation of the U.S. prison system and to connect with those it confines.

Pete Brook is a San Francisco-based freelance writer and curator interested in social justice and the politics of visual culture. He writes and edits Prison Photography (prisonphotography.org), a website that analyzes imagery produced within, and about, prisons, with a focus on the American prison industrial complex.

Prison Obscura is a traveling exhibition curated by Pete Brook and made possible with the support of the John B. Hurford ‘60 Center for the Arts and Humanities and Cantor Fitzgerald Gallery at Haverford College, Haverford, PA.