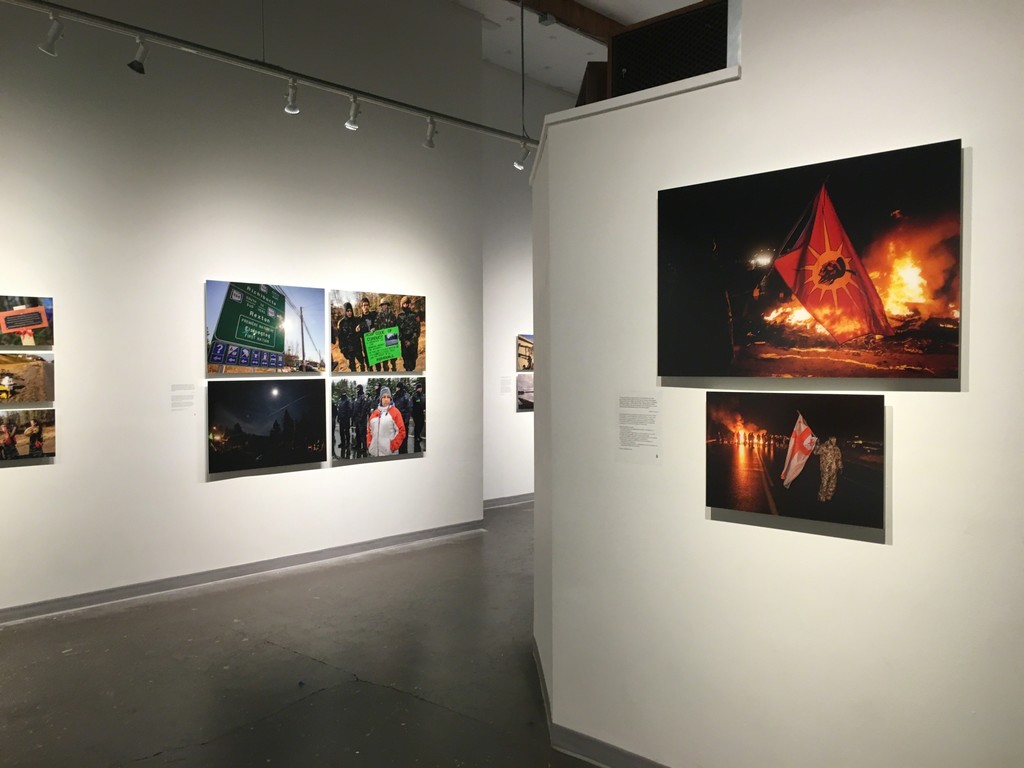 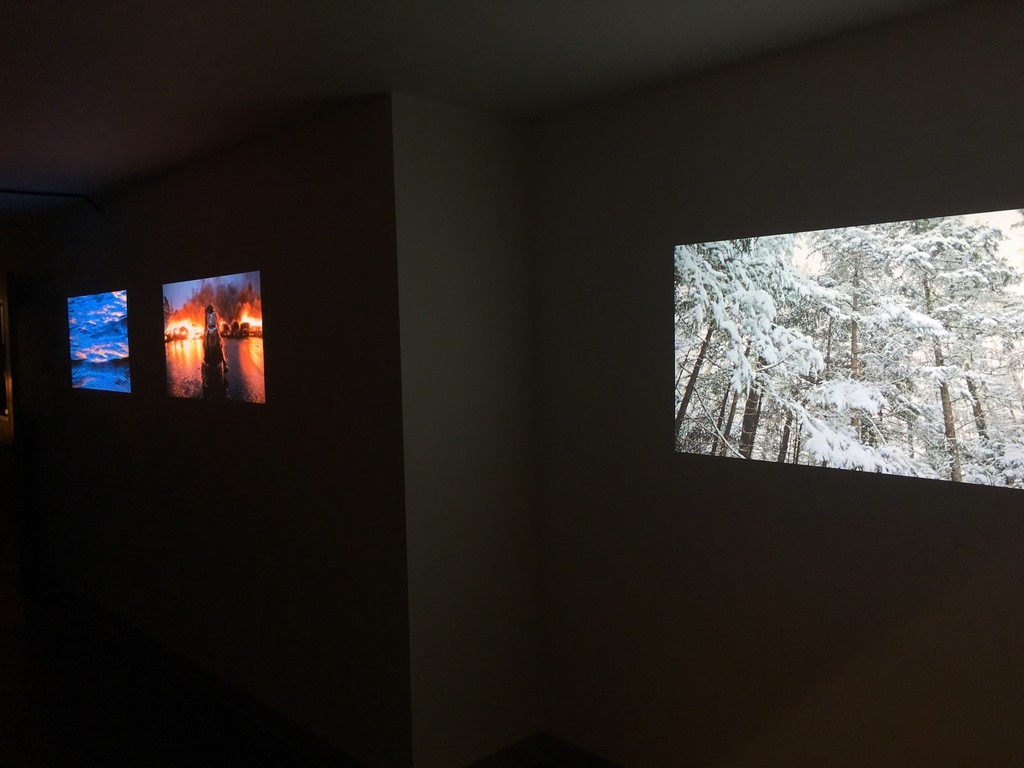 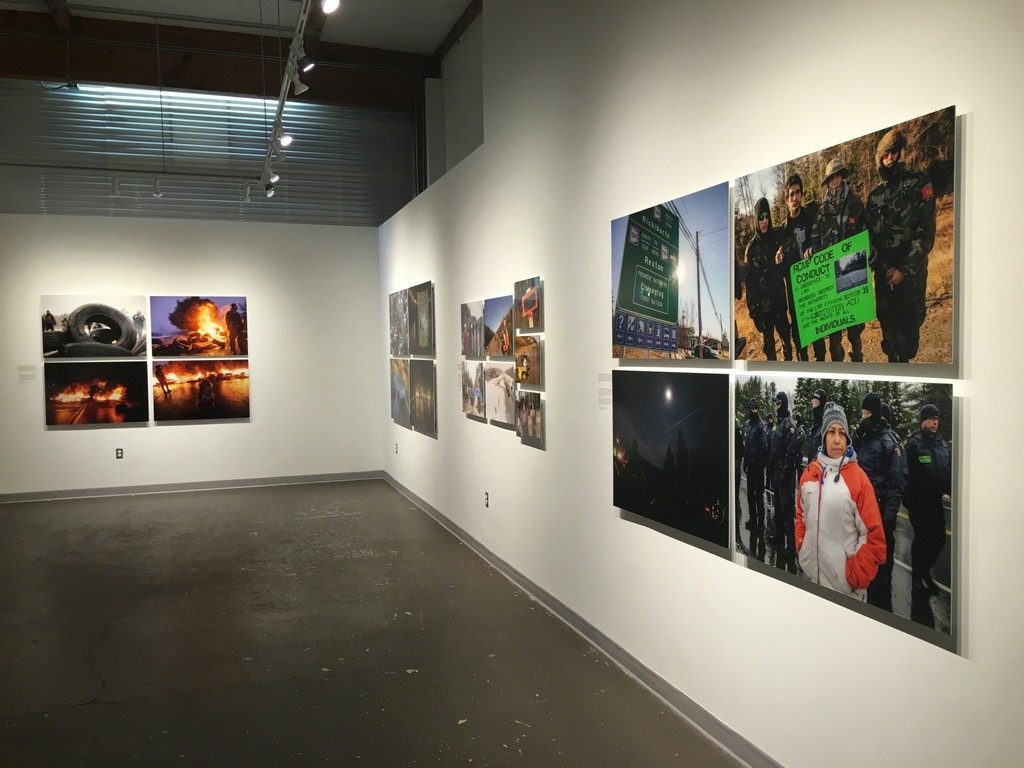 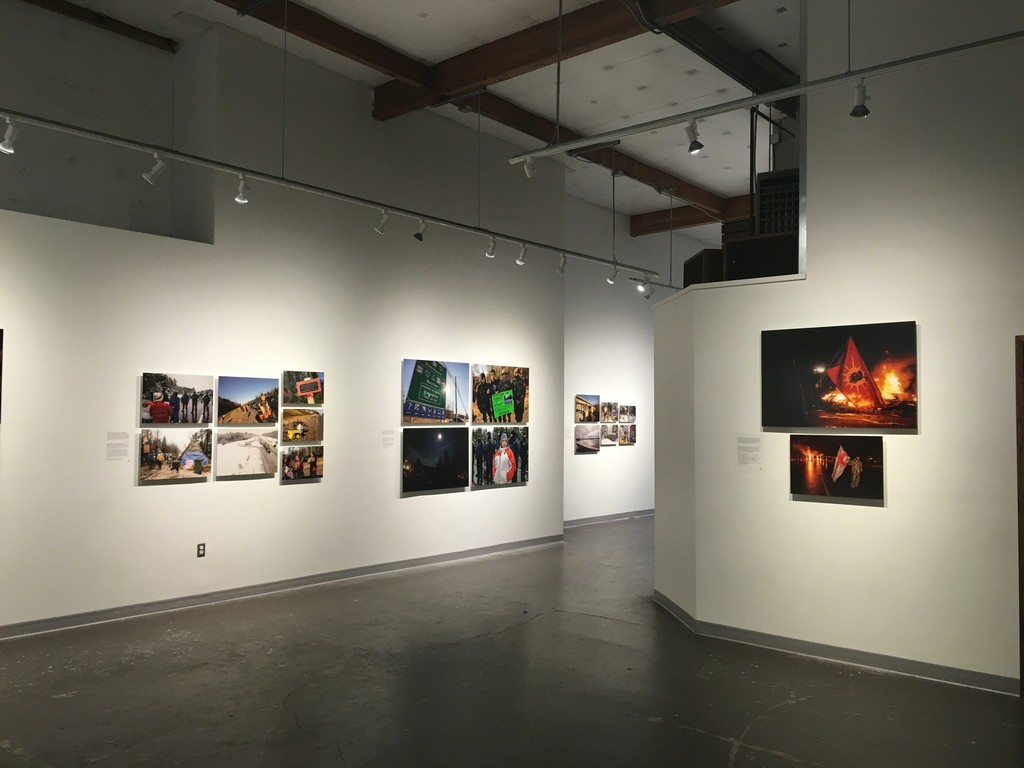 'Water Warriors' is a photography and film-based installation chronicling the successful efforts of one community’s resistance to fossil fuel drilling. In 2013, when a Texas energy company began exploring for natural gas, members of the Mi’kmaq Elsipogtog First Nation, French-speaking Acadians, and English-speaking families united to drive out the company in an ongoing campaign to protect their land, water and way of life. After months of resistance, their efforts not only halted drilling; they also won the election of a new government and a conditional moratorium on fracking.

By capturing an inspiring struggle to protect water for future generations, the exhibition provides a first hand look at what The Guardian has called “the frontline of a democratic fight.” With the portrayal of the efforts of ordinary people, Water Warriors invites audiences to contemplate and re-imagine their own possibilities for resistance. “Water Warriors presents a creative opportunity to learn about the public health and environmental impacts of fossil fuel extraction and engage in efforts to develop alternatives that are less harmful to the natural environment and public health,” said Molly Murphy, co-director of Working Films, a nonprofit organization that is co-producing the exhibition with Storyline Media.

In conjunction with the exhibition, Newspace will host workshops and events for artists and community members focused on employing photography and film for environmental and civic engagement.

Michael Premo is a photojournalist, filmmaker and artist who is a leader in the field of transmedia. He creates award winning participatory documentaries that invite deep community engagement in, either or both, the process of creation and the exhibition strategies. He is a co-creator and Executive Producer of Sandy Storyline, a participatory documentary that collects and shares stories about the ongoing impact of Hurricane Sandy, which won the inaugural Transmedia Award from the 2013 Tribeca Film Festival. He co-created the multimedia storytelling project Housing is a Human Right, connecting diverse communities around housing, land, and the dignity of a place to call home. His radio documentaries have been broadcast internationally and his photography has appeared in numerous outlets including The New York Times, The Village Voice, Narrative.ly, Het Parool and more. He has created and produced original works of art and media with numerous companies including Hip-Hop Theater Festival, The Foundry Theater, The Civilians, Penny Arcade, and the Peabody Award-winning StoryCorps. He is the Executive Producer of Storyline Media.

Andrew Stern is a photojournalist whose focus on the most pressing social and political issues of our times has taken him around the world. His work has won numerous awards and has appeared in Harpers, The New York Times, Readers Digest, The Guardian and many other domestic and international publications. He is also the founder of Starr Street Studios and Be Electric Studios providing commercial photography and video services.

Water Warriors is produced by Storyline Media and Working Films.