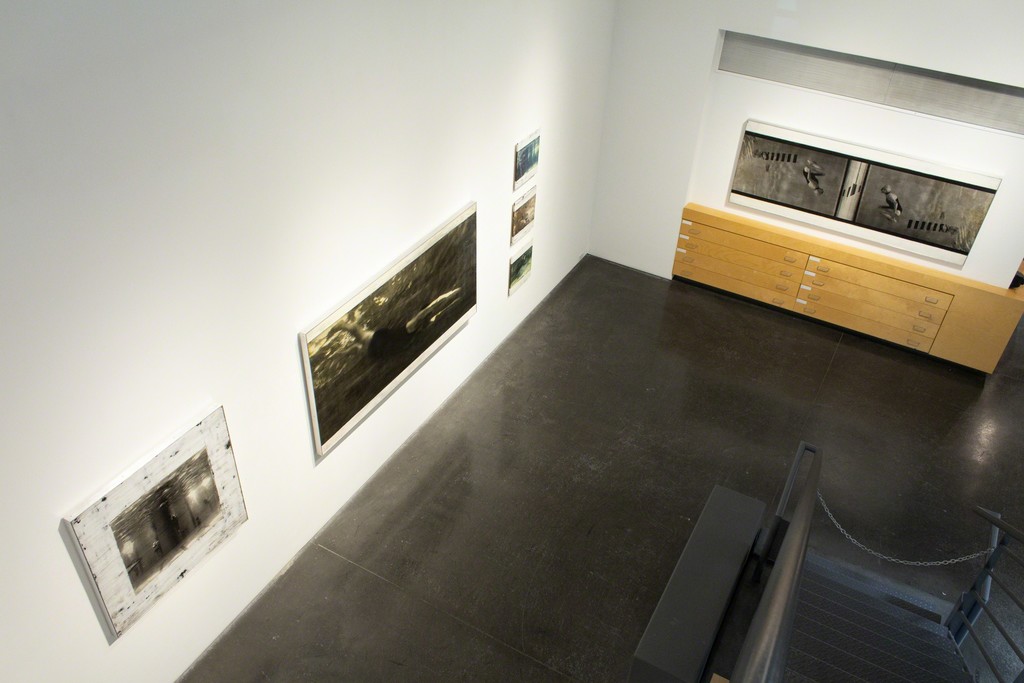 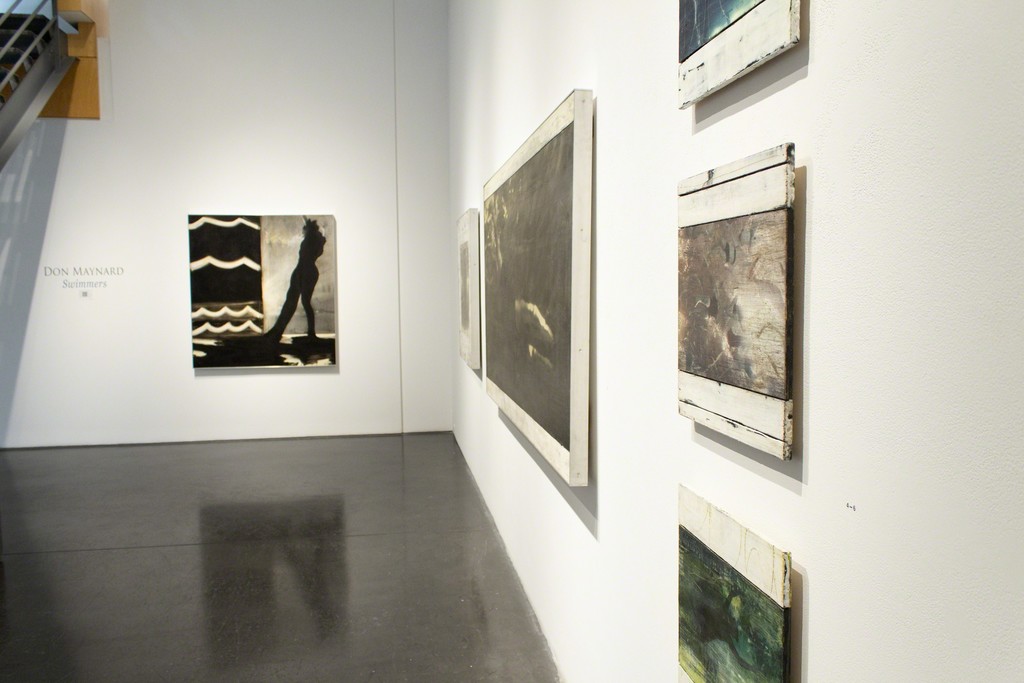 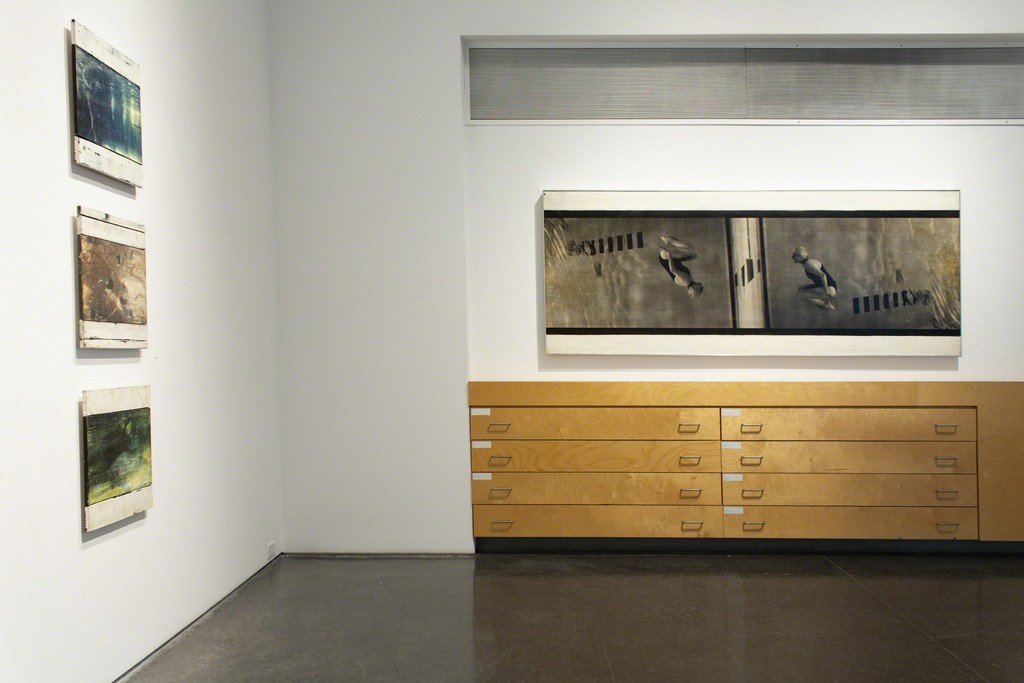 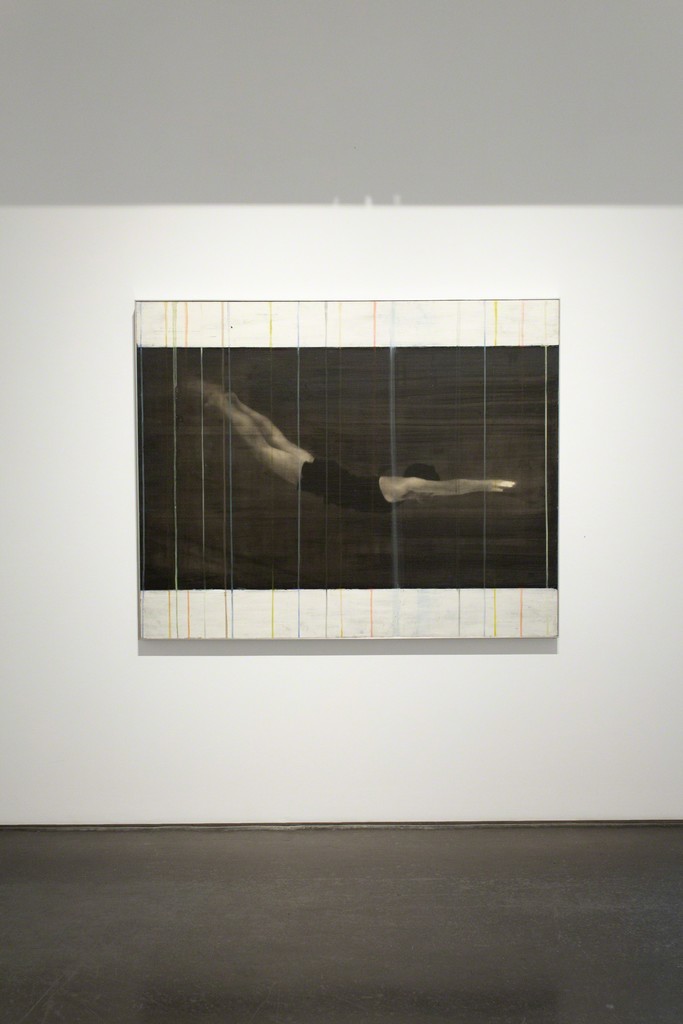 Don Maynard’s new series, "Swimmers", is created from stills of a video which he made in 2017. Shot at the local pool in Kingston, Ontario, the video references the 2017 crisis of refugees escaping Syria, and dangerously making their way across the Mediterranean to Italy or Greece. Approximately 23 swimmers were involved in this video over three days of shooting. Maynard involved his local community and friends to represent the global community.

“Everyone is in the water together, so to speak, trying his or her best to stay afloat. For the shoots we had three cameras set up at the bottom of the pool, and I asked the swimmers to do various swimming tasks that I thought might work for the video. During the shoot I found it interesting that people were relatively unselfconscious about how they held their bodies in the water — everyone was so different. The light at the location was fantastic, and is an important element in the video. In between these shoots I wanted to stay in touch with the elements that I was excited about. I had never worked with large format prints before, and it was new for me to use them as the basis for paintings.”

Using the prints from the stills brought a gravitas to the visual image that was different from that of the film. In these paintings, Maynard translated skills used in his painting practice, making use of his knowledge of encaustic and layered oil surfaces. A QR code can be used with an iPhone to access the original video and soundtrack. Through the video and paintings, Maynard brings to light our commonality and our humanity.

Maynard has exhibited across Canada, and the United States since 1990. In 2010, Maynard’s work was the subject of a solo exhibition, “Franken Forest” at the Robert McLaughlin Gallery in Ontario, which then travelled to the Agnes Etherington Art Centre in May 2011. His work is in the collection of Global Affairs Canada, University of Toronto and the Canada Council Art Bank, to name a few. He was the subject of a half hour segment of “Adrienne Clarkson Presents” produced by the CBC in 1998. Maynard has been featured in articles by many publications such as Canadian Art Magazine, and the Globe and Mail. He is the recipient of a Pollock-Krasner Foundation Grant, and a Chalmers Fellowship.