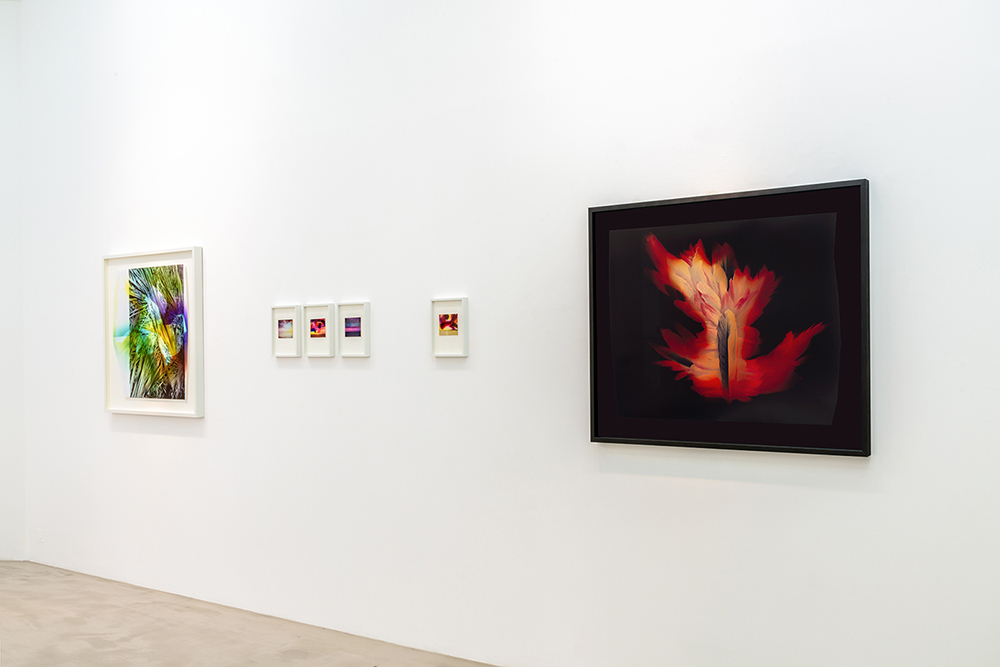 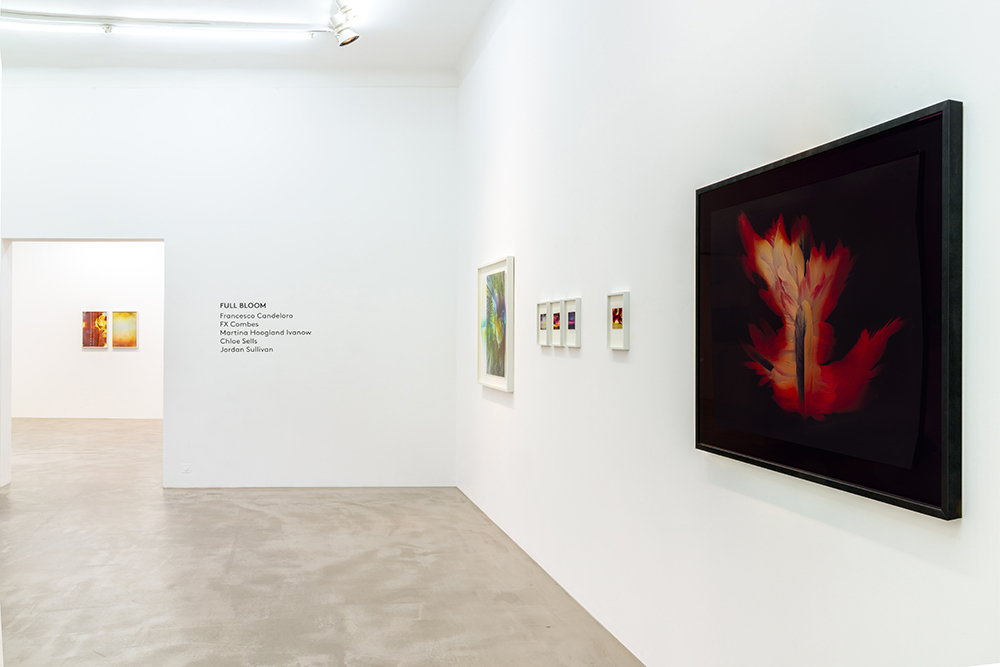 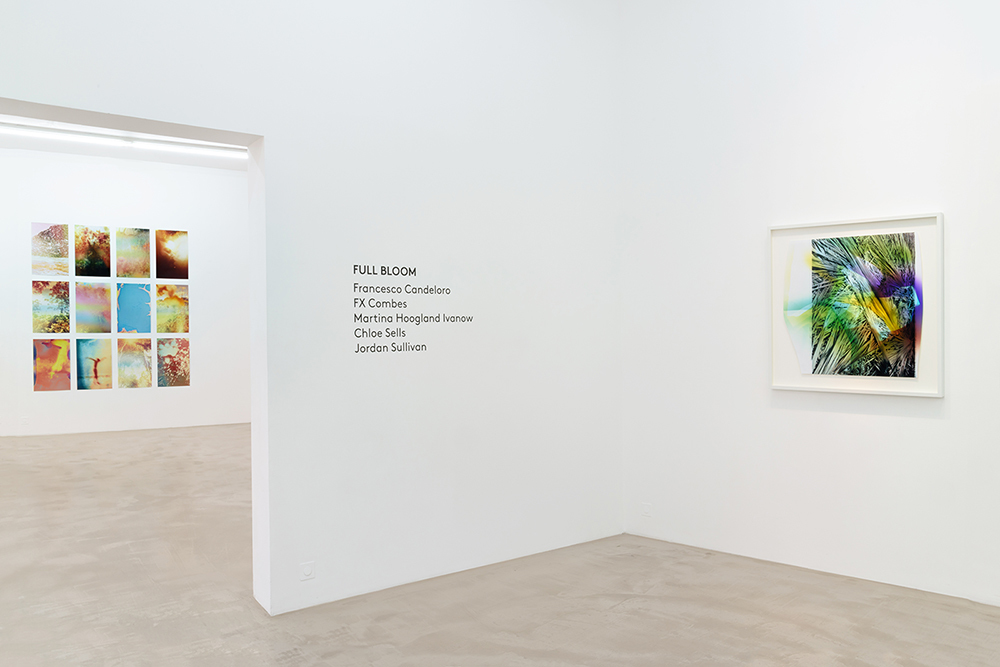 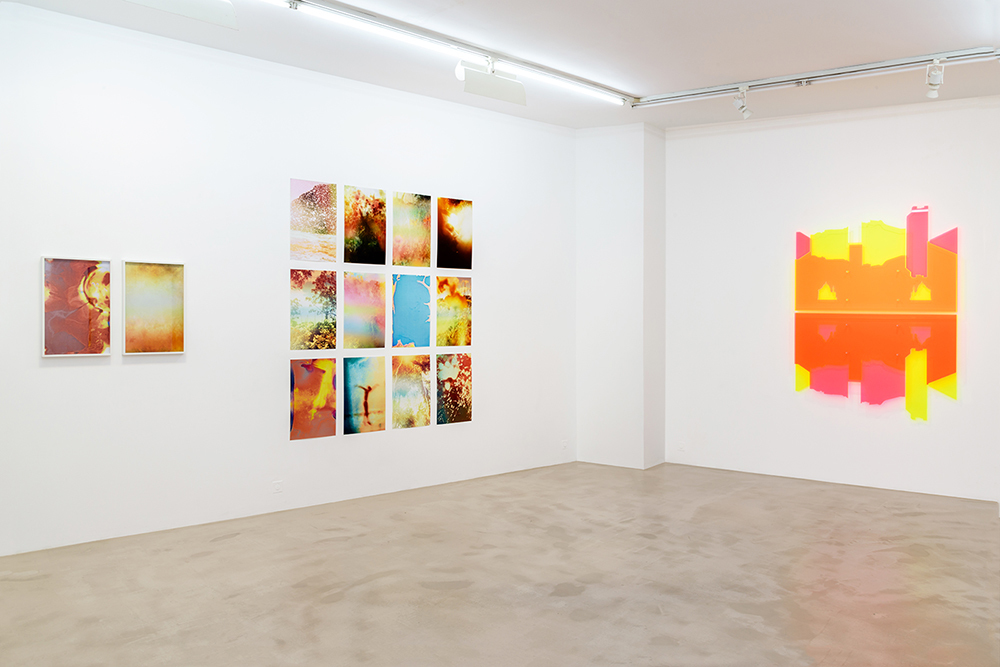 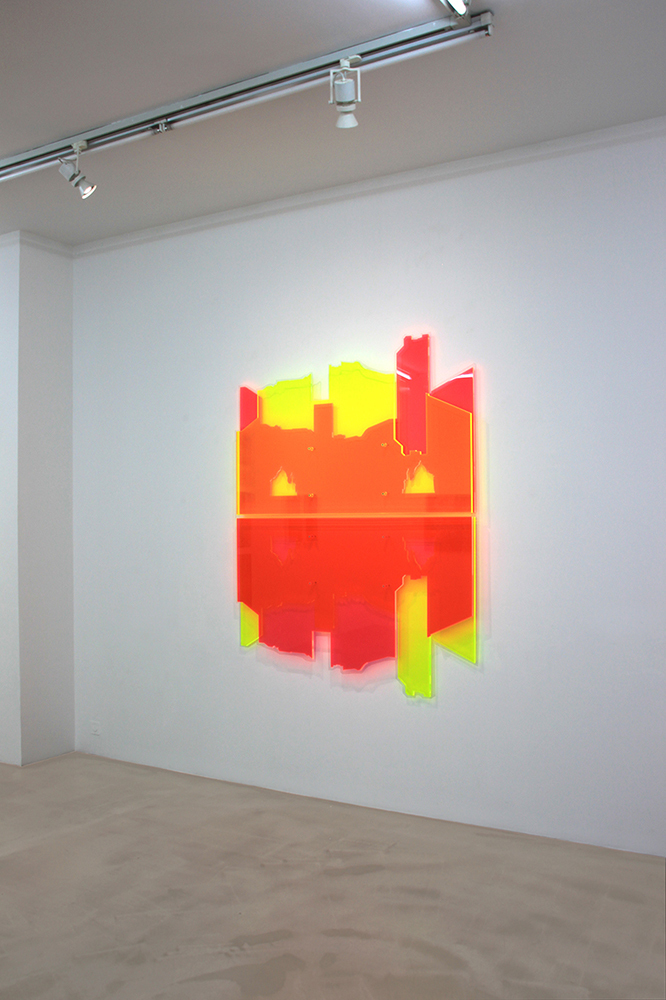 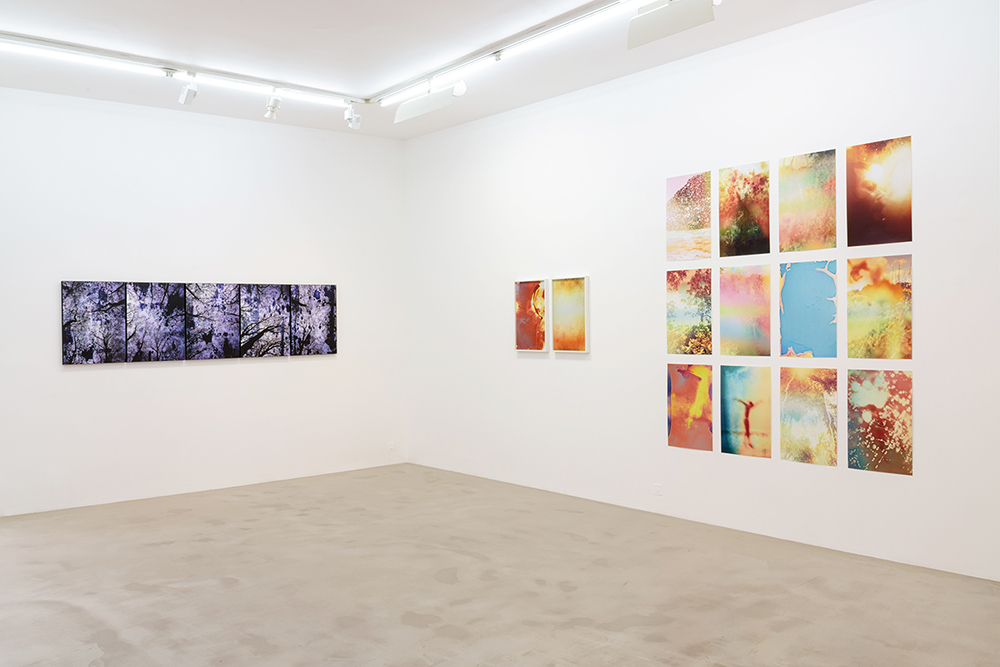 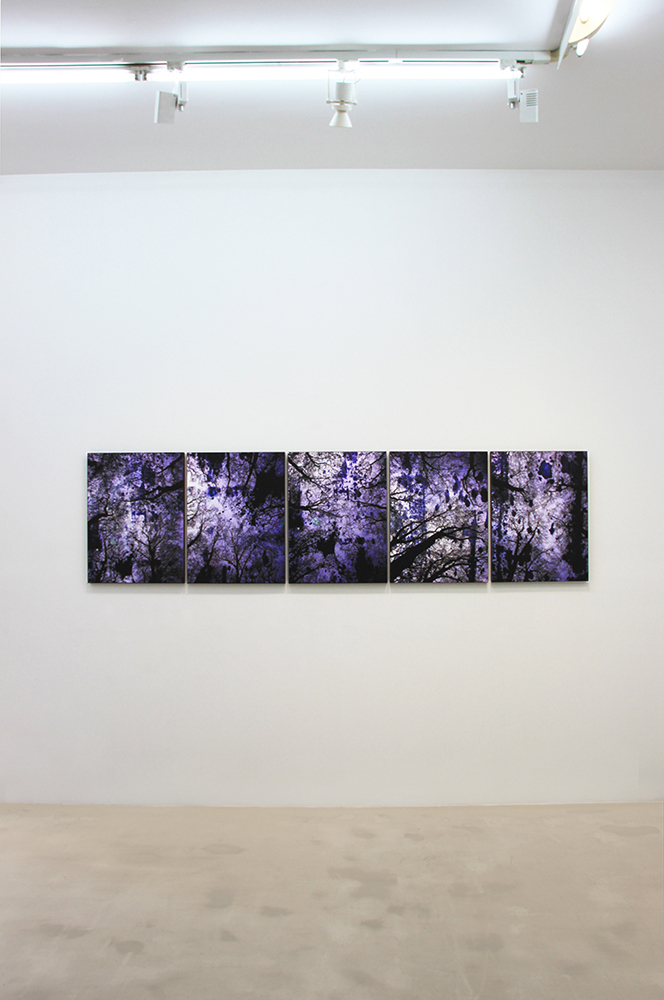 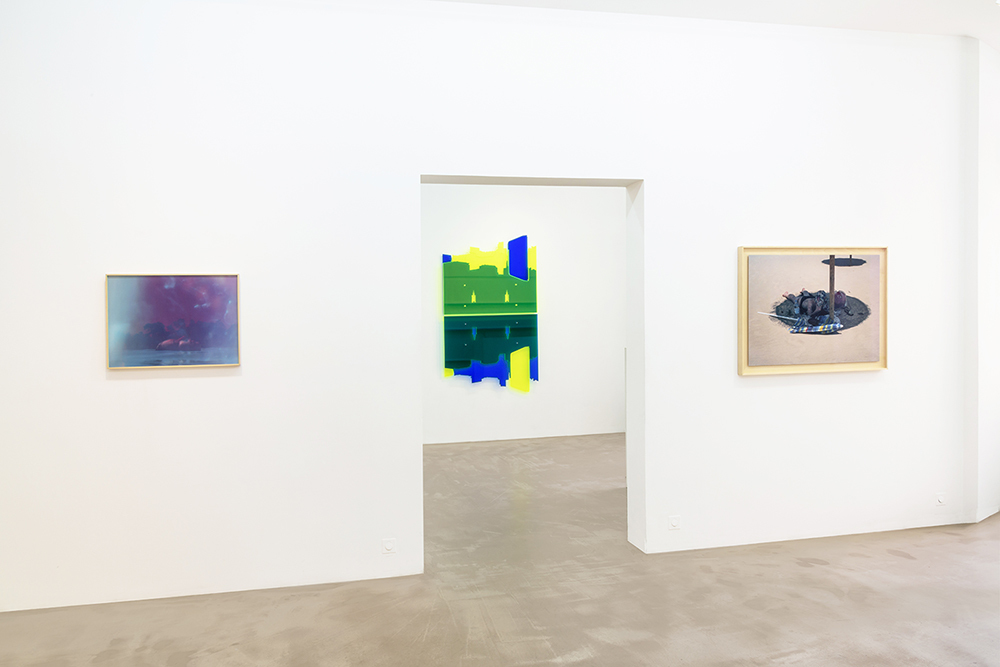 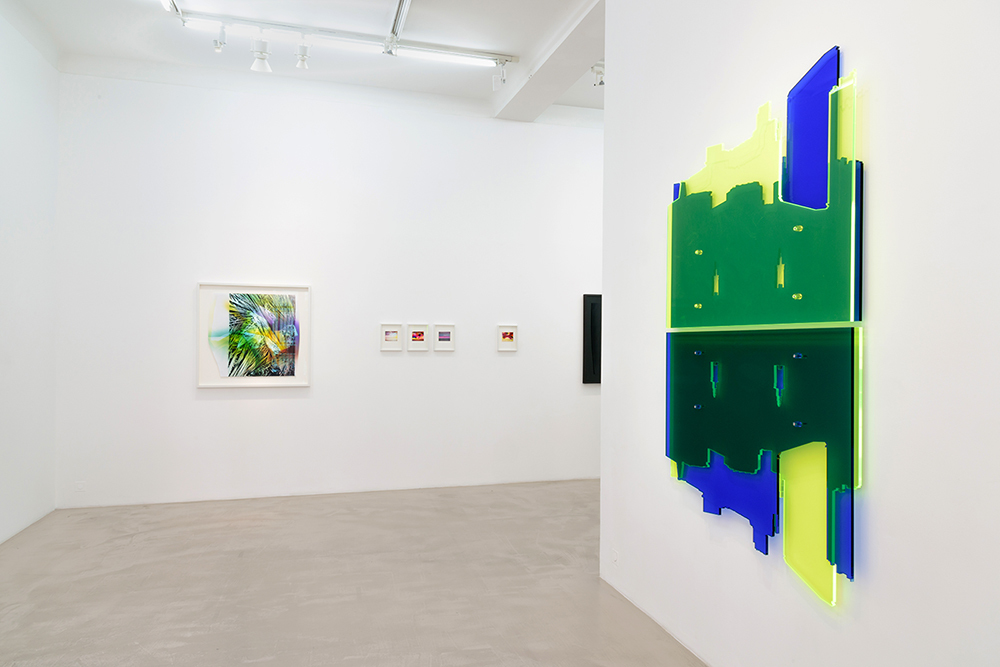 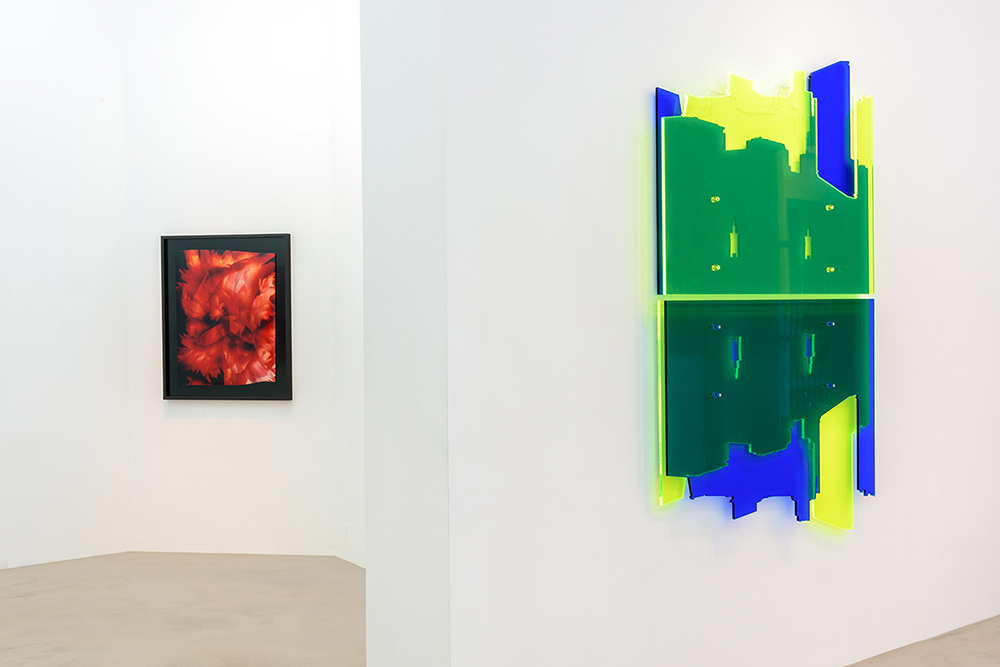 With the approach of summer, NextLevel Gallery is delighted to present a group exhibition that is a riot of bold colour, light and energy. Five artists of five different nationalities, all in the full bloom of their artistic careers, will present selected works from their latest series, some of which are being presented here for the first time. Each artist is committed to a unique experimental process, often taking the image and its materiality to the very limits of the chosen medium.

Born in Venice in 1974, conceptual artist Francesco Candeloro will present a selection of plexiglass landscapes that are laser-cut ‘drawings’ of city skylines, based on his own photographic research. Composed of shiny, chromatic plexiglass slabs, each of Candeloro’s highly contemporary works creates a play of light and shifting, synthetic colours that express the endlessly changing moods of a city.

FX Combes explores the traditional limits of the photographic medium by engaging crossover experiments, often with painting. Going beyond visual content, he delves into the very materiality of photography, intermingling paper and canvas and exploring the extremities of light and colour. With his new body of work, FX Combes undertakes the same experimentation but this time with digital photographic technology: in attempting to render visible the most minute digital elements of a composition, he works with both highly exacting and very primitive software and tools. In mastering the combination of these disparate elements, FX Combes seeks to create a new photographic form.

FX Combes’ work has been widely exhibited in France and internationally, including at the Museum of Art Yamaguchi, Japan ; Centre Pompidou Paris, France; Fondation d’entreprise Ricard for contemporary art, Paris ; The National Library of France, Paris.

Born in Colorado, Chloe Sells divides her time between Botswana, Africa, where she photographs with a large format camera, and London, England, where she processes and prints her own work. Each work is unique as a result of her in-depth manipulation, both spontaneous and deliberate, of the darkroom printing process: using transparencies, overlays, open-weave fabrics and movements of the paper, Chloe Sells expertly creates bold and dreamy images which remind us that even the most traditional of methods can push the boundary of the photographic medium. The works presented in ‘Full Bloom’ are from her latest project which will be presented fully at the gallery in 2017.

Chloe Sells has participated in solo and group exhibitions in galleries and museums in Switzerland, London, New York, Los Angeles and Botswana.

Born in Texas, Jordan Sullivan is a writer, visual artist and curator based in Los Angeles. NextLevel gallery will present a selection of works from his newest project, ‘Near to the Wild Heart’. A veritable narrative spanning several years, the series is composed of three different chapters, each exploring themes of colour, time and memory and derived from particular moments in the artist’s personal life. Usually displayed in grids, his delicate and poetic C-prints resemble fragments of memory, or perhaps an archive of evanescent emotions. With a background in painting, Jordan Sullivan’s practice is very physical, or ‘hand made’, involving deliberate and intuitive manipulation such as the pasting of objects to the lens, shooting through transparencies, burning and scratching, or the chemical bleaching and staining of prints.

Jordan’s work has been widely presented in group and solo exhibitions in Los Angeles, New York, Tokyo, Houston, Copenhagen and Amsterdam. He has published numerous books, the latest of which is entitled ‘An Island in the Moon’ (Ampersand, 2015).