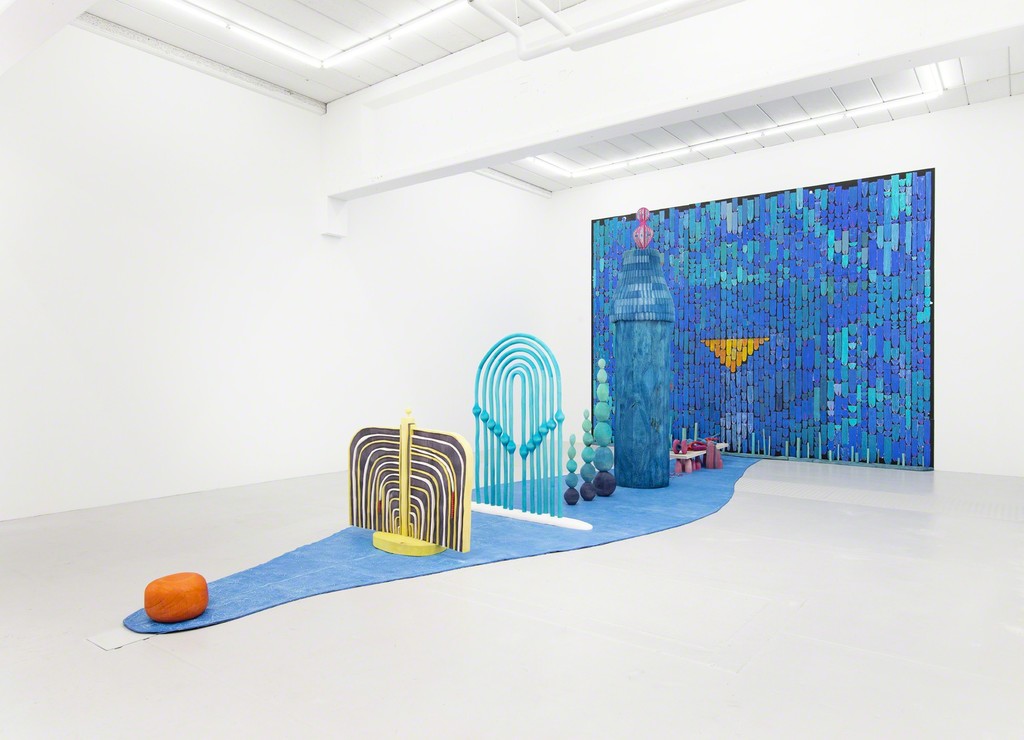 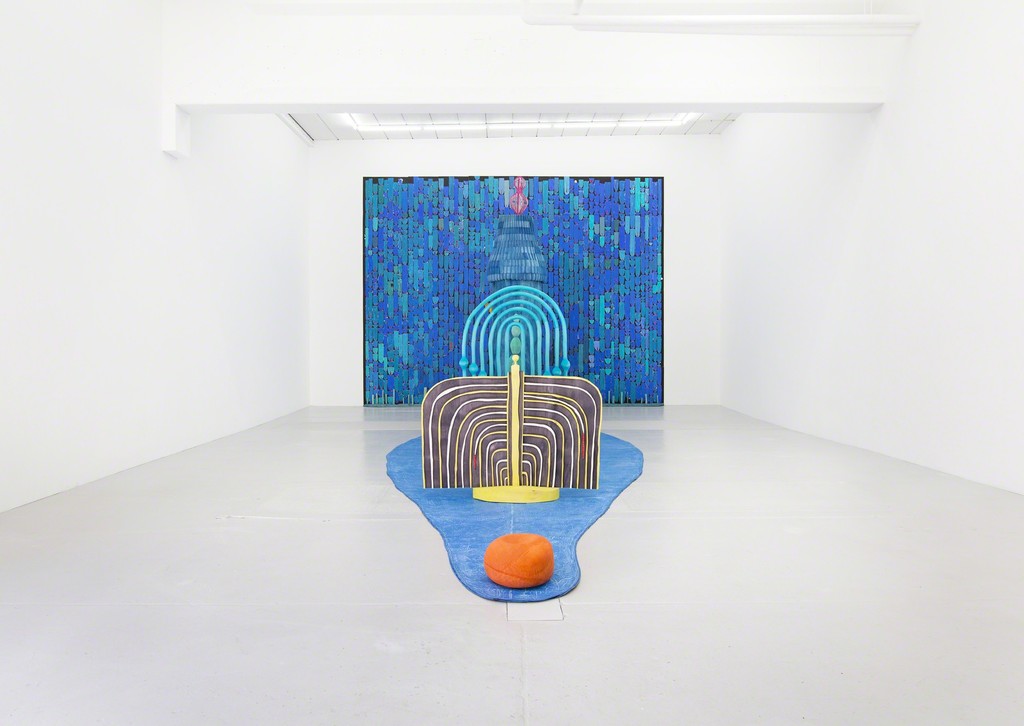 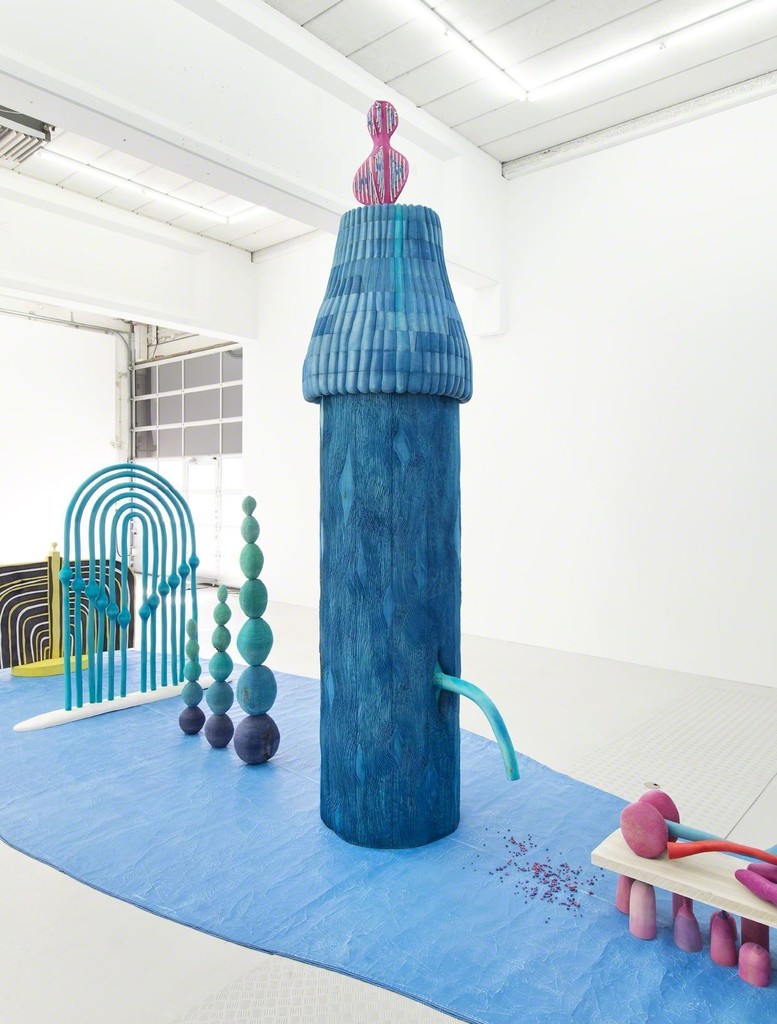 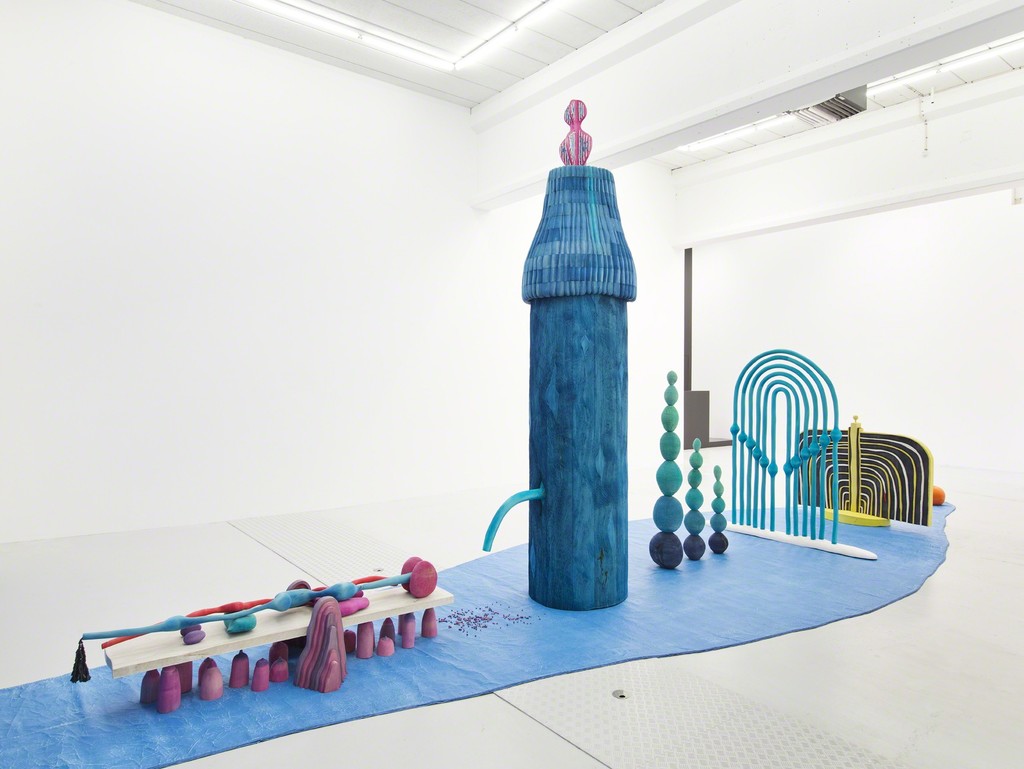 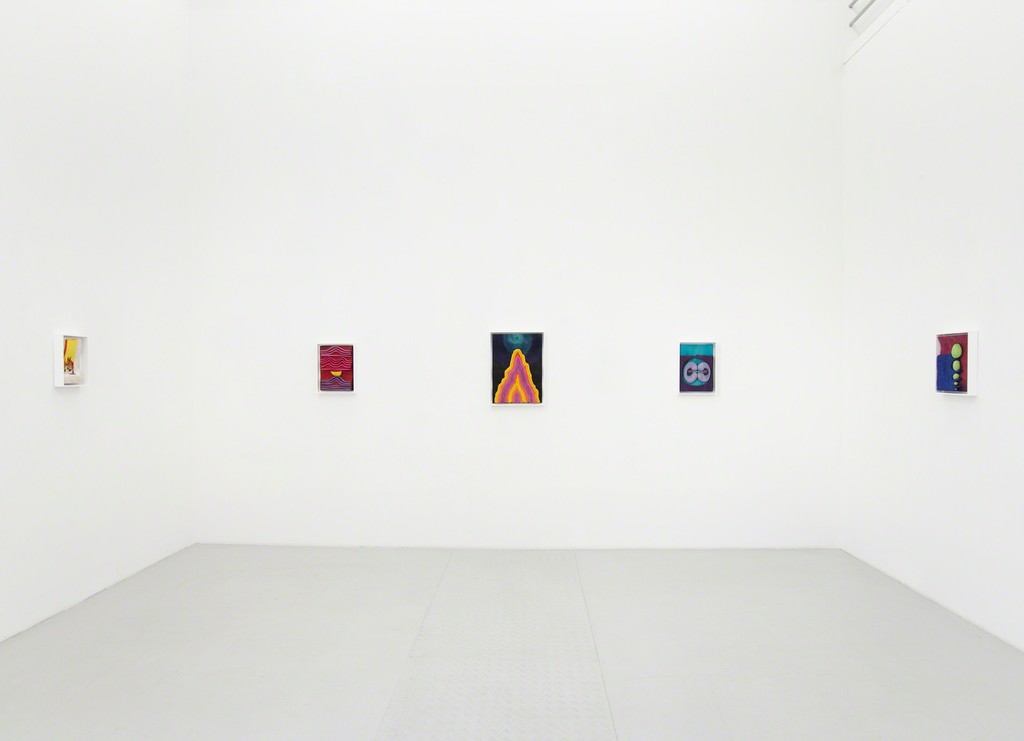 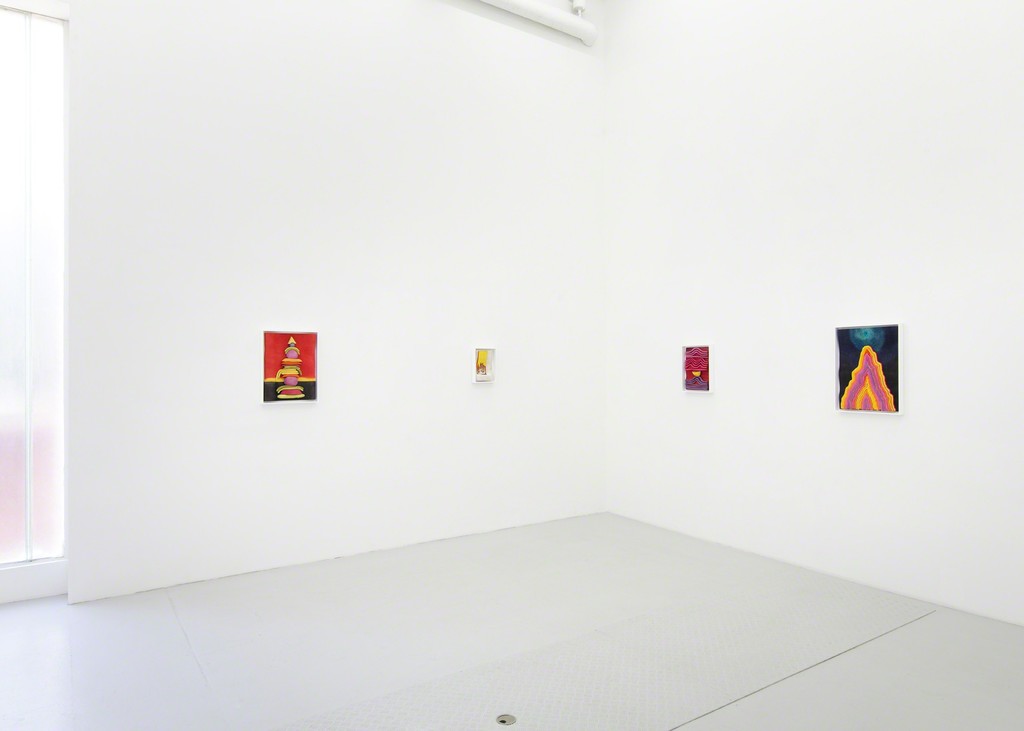 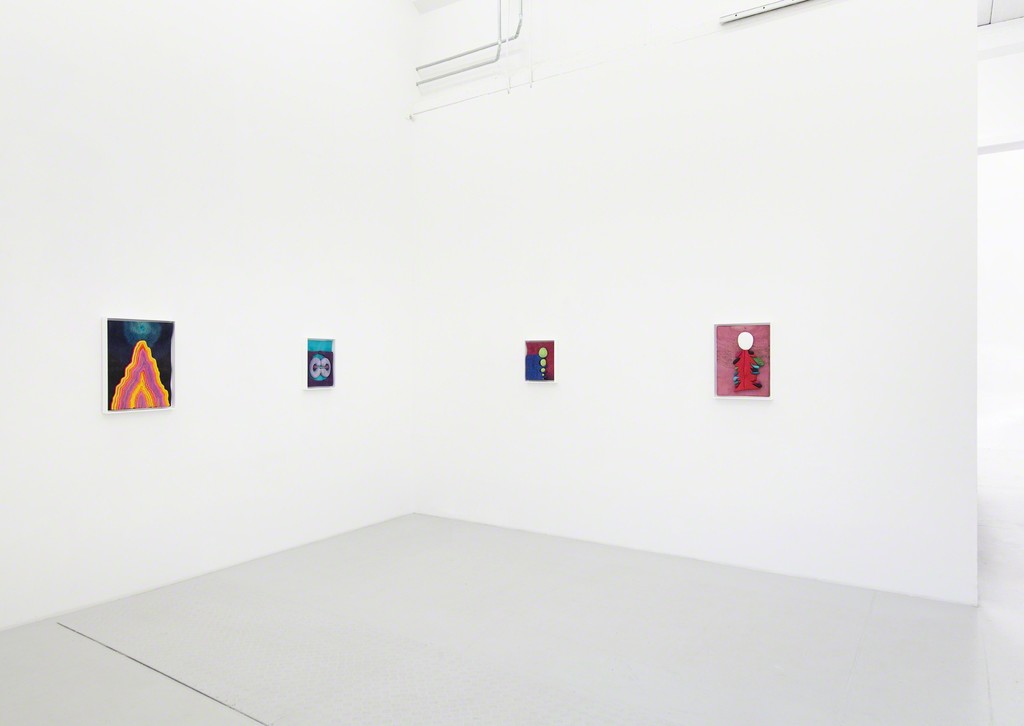 Nils Stærk is proud to present the solo exhibition In and Out and In and Out, Again by American artist Matthew Ronay (b. 1976, Louisville, Kentucky, USA).

In the main space of the gallery a large-scale installation composed of several individual elements is the central feature of the exhibition. On the back wall, Ronay has installed a major composition made up of blue curvilinear shapes resembling a waterfall or a wall of flames. From the bottom of the wall, a carpet painted in an intense hue of azure expands into the room on top of which the other elements of the installation are placed in an orderly row and appear to be headed towards a threshold that disappears into infinite space. These elements are wooden sculptures in various sizes and colors. While one is horizontal, other elements are vertical and emulate the forms of gates, a reference that is not accidental. Every work is meticulously carved and clearly made by hand. Ronay’s work simultaneously refers to parts of the human body, forms found in non-western, ritualistic cultures, and abstraction that is almost non-objective in character. In the second room of the exhibition seven small wooden reliefs are installed as a discreet group. Like the sculptures, the reliefs are characterized by organic forms and highly tactile wooden surfaces.

Ronay’s works are often described as containing elements alluding to mysticism, and spirituality. At the center of these references is the idea of transformation from one state to another, both physical and phenomenological. Ultimately, Ronay’s works function as gateways from one place to another, whether retinal or metaphysical, leaving viewers with associations to things based on their own experience of the world or their owns systems of belief.