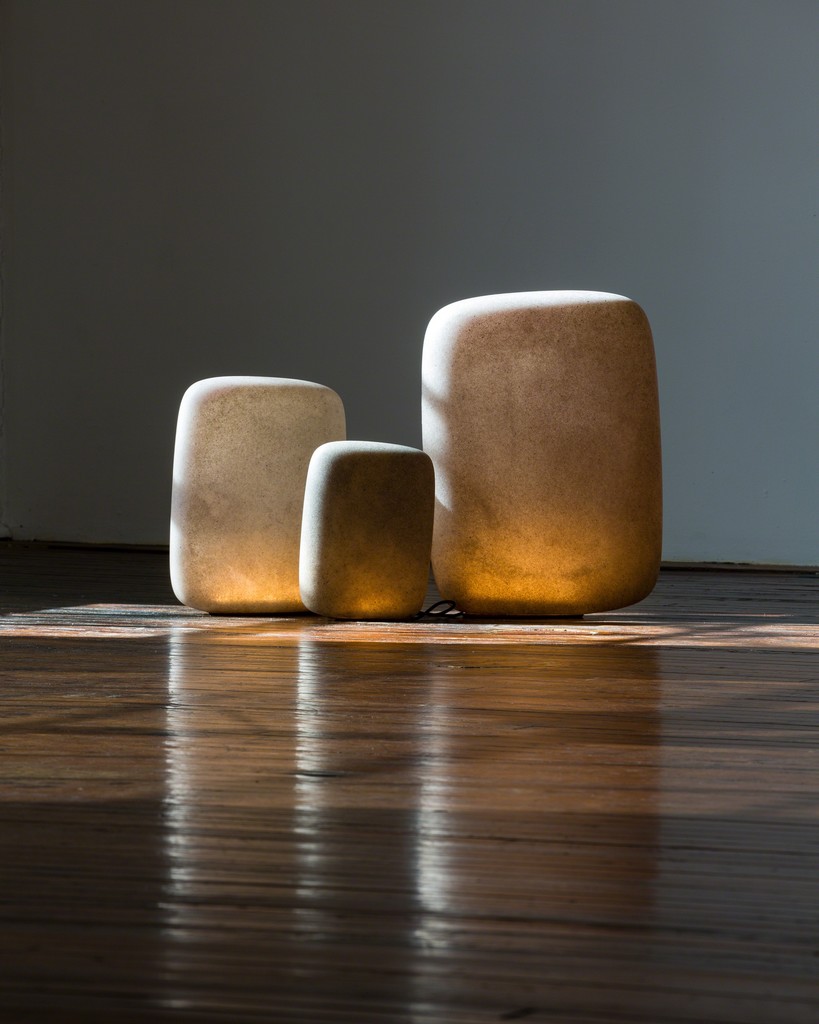 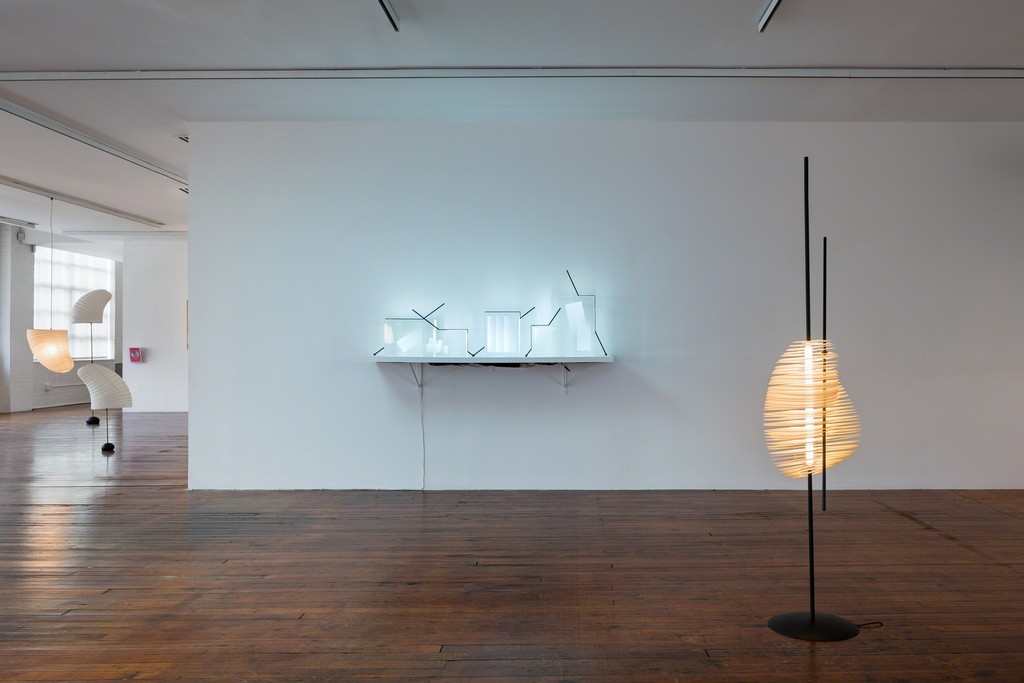 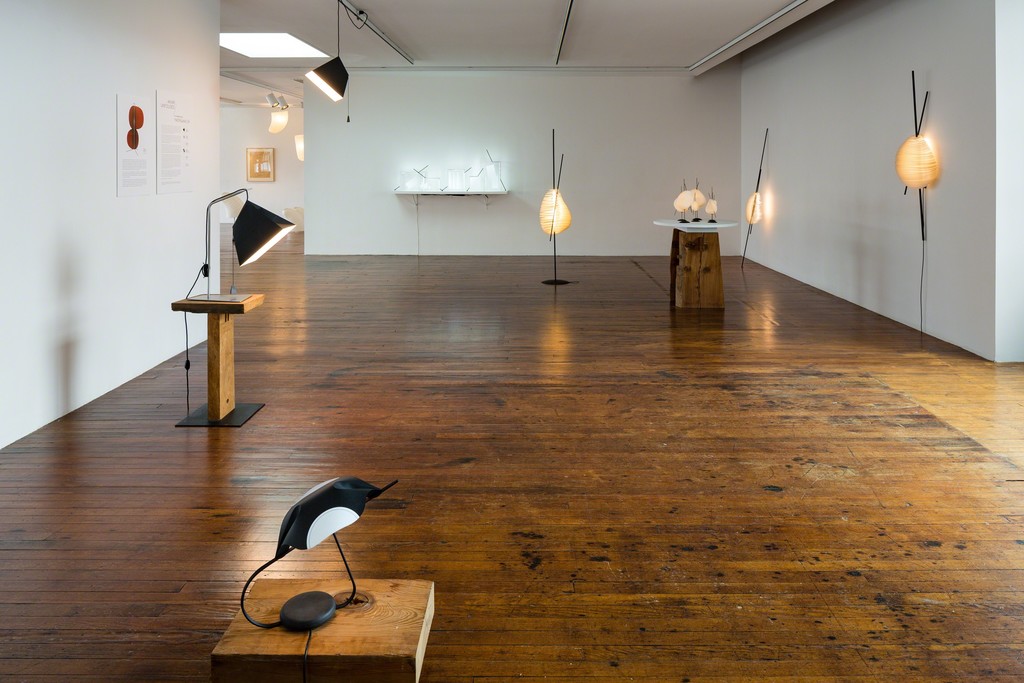 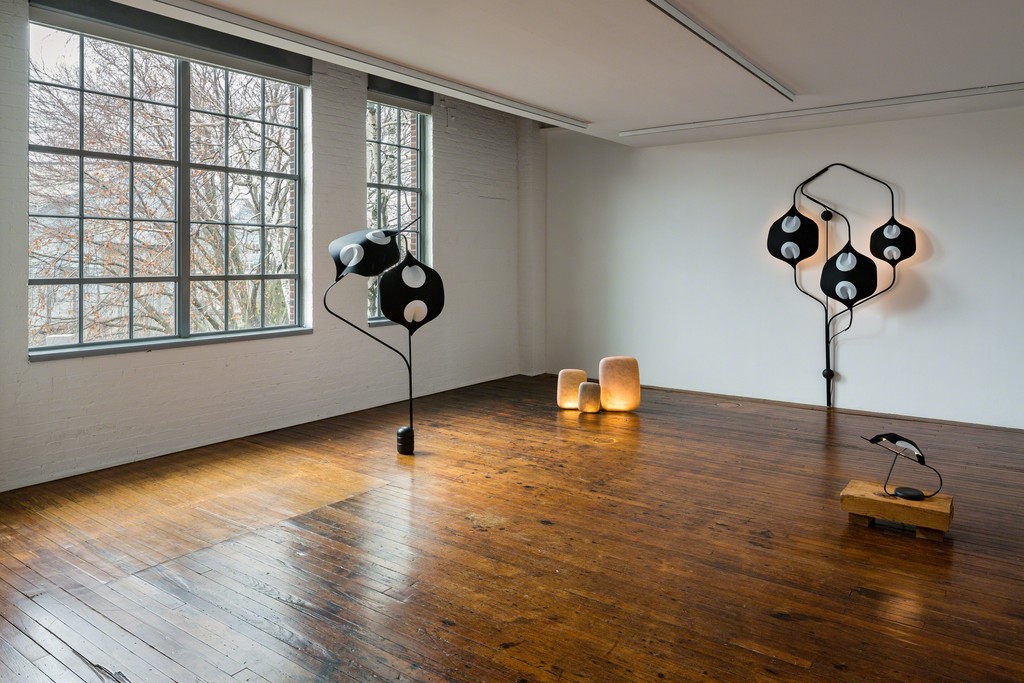 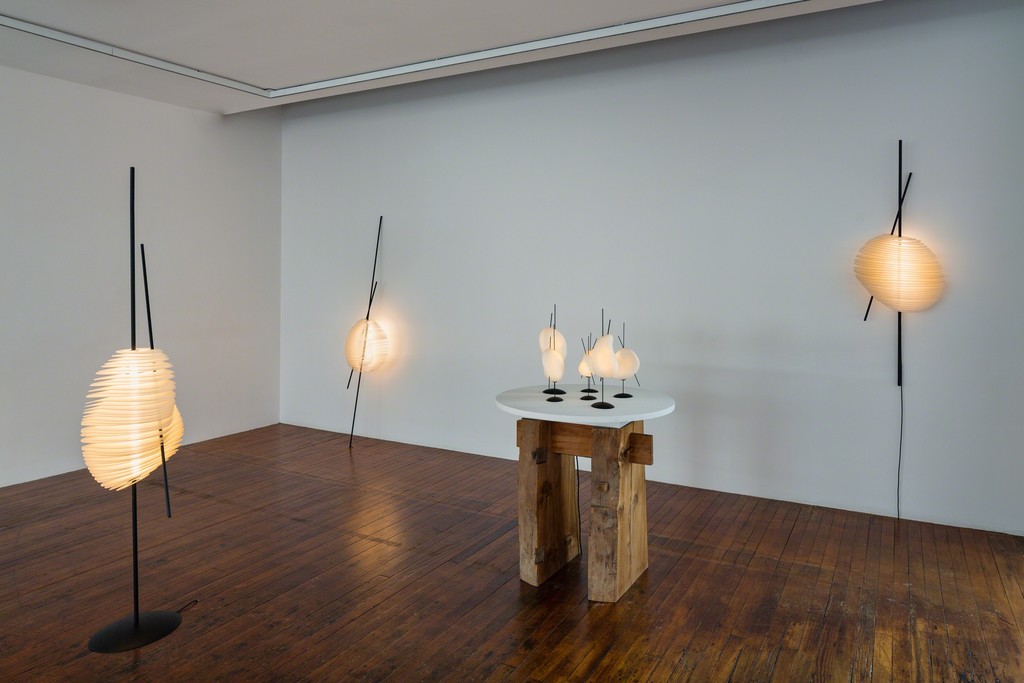 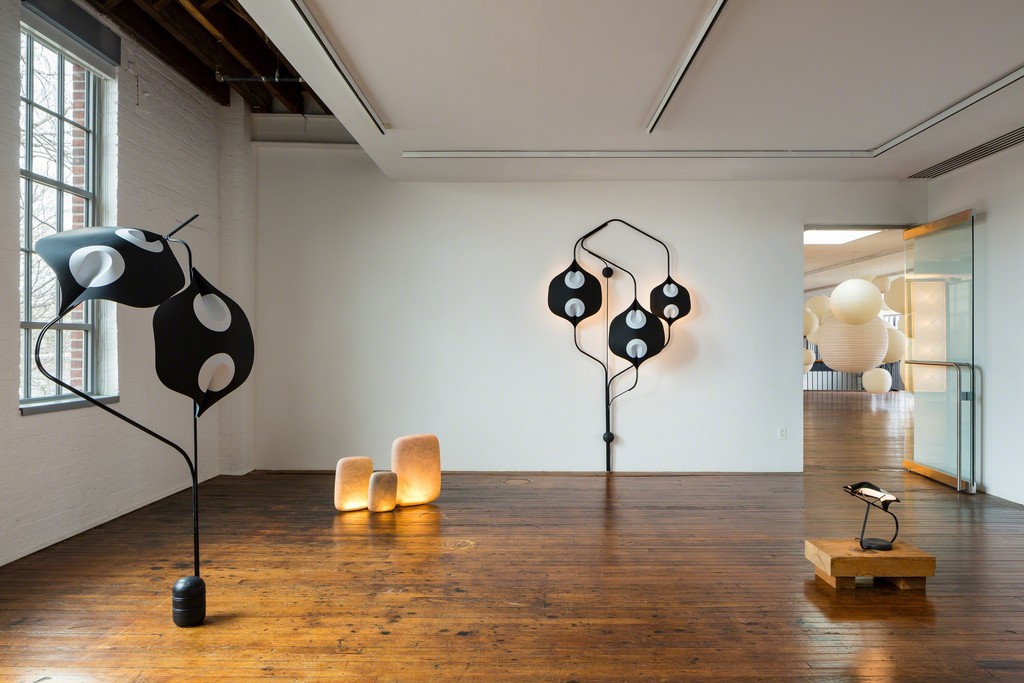 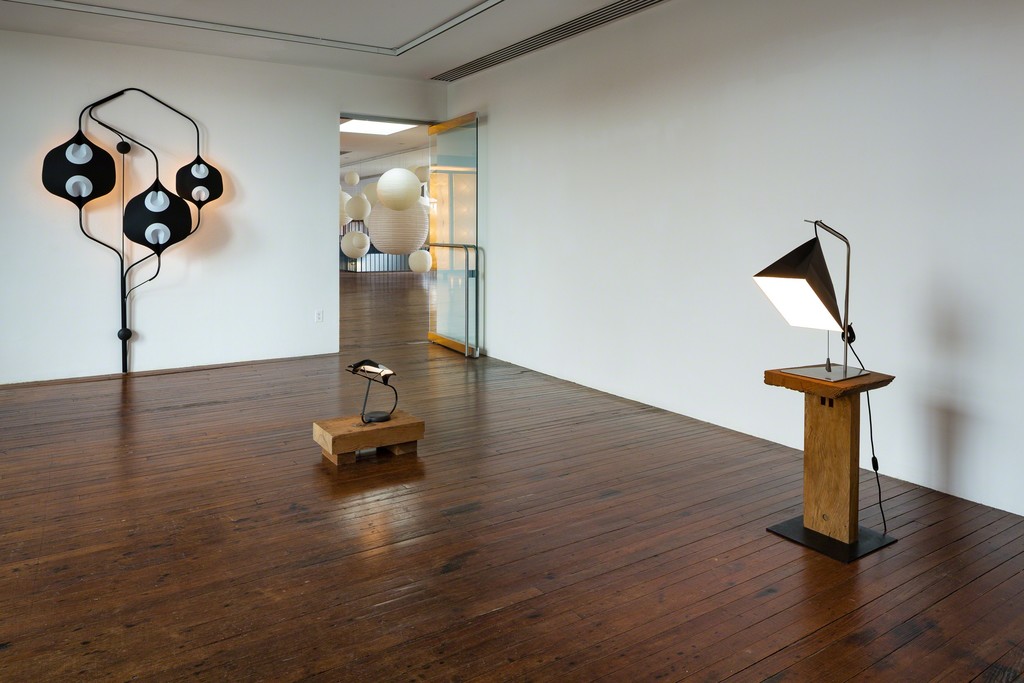 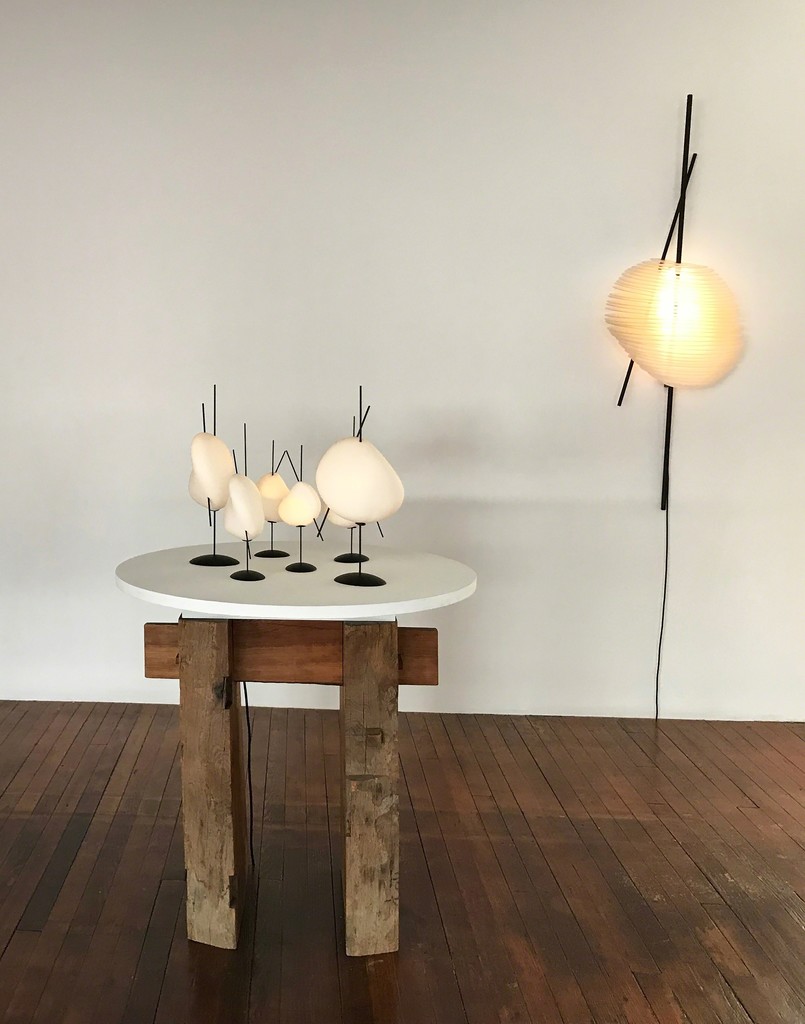 Akari Unfolded: A Collection by YMER&MALTA presents a selection of 26 lamps created by the leading French design studio in collaboration with six designers.

Over the last nine years, YMER&MALTA founder Valérie Maltaverne has breathed extraordinary life into what the French call savoir faire (“know how”) a shorthand for France’s centuries-old luxury craft industries. The key has been her ability to marry her love and respect for those industries with her creative desire to see them evolve: not merely by trying to keep up with contemporary tastes but through the incorporation of new technologies and concepts into their core traditions.

Maltaverne’s collaborative methodology comes out of her experience, in a previous career, as a film producer. YMER&MALTA employs multiple designers (emerging and established) and artisans (traditional and cutting edge), with whom Maltaverne collaborates in the role of auteur. Everything that YMER&MALTA produces is an expression of her sensibilities and her determination to synthesize the old and the new by innovating from within the traditional crafts with which she engages.

Noguchi conceptualized his own anti-nostalgic engagement with craft cultures as the true development of old traditions. Akari, his most complete and important expansion of the envelope of sculpture—and the apotheosis of his efforts to give the past a new future—was, like Maltaverne’s work in savoir faire, on the scale of industry. The principal innovation in Akari was the introduction of an electric bulb to a traditionally candle-powered paper lantern, which produced modern lamps with the timeless life-force of natural light.

For nearly two decades (1956–74) the most sensitive, daring, and sympathetic Akari retailer in the world was Steph Simon Gallery in Paris, best-known for introducing and championing the designs of Jean Prouvé and Charlotte Perriand. Thanks to Simon, Akari have had an especially strong impact on design in France. Maltaverne herself bought Akari there and has lived with and been motivated by them for many years. The present project, YMER&MALTA’s first to reach outside French craft, came out of a 2016 visit to The Noguchi Museum during which Maltaverne decided to apply her model to Akari. The challenge was to see whether she might—treating Akari as the tradition—extend its fundamental alchemies, what Noguchi called the intrinsic qualities of craft whose products cannot be successfully falsified (as the many Akari knockoffs demonstrate), into the future.