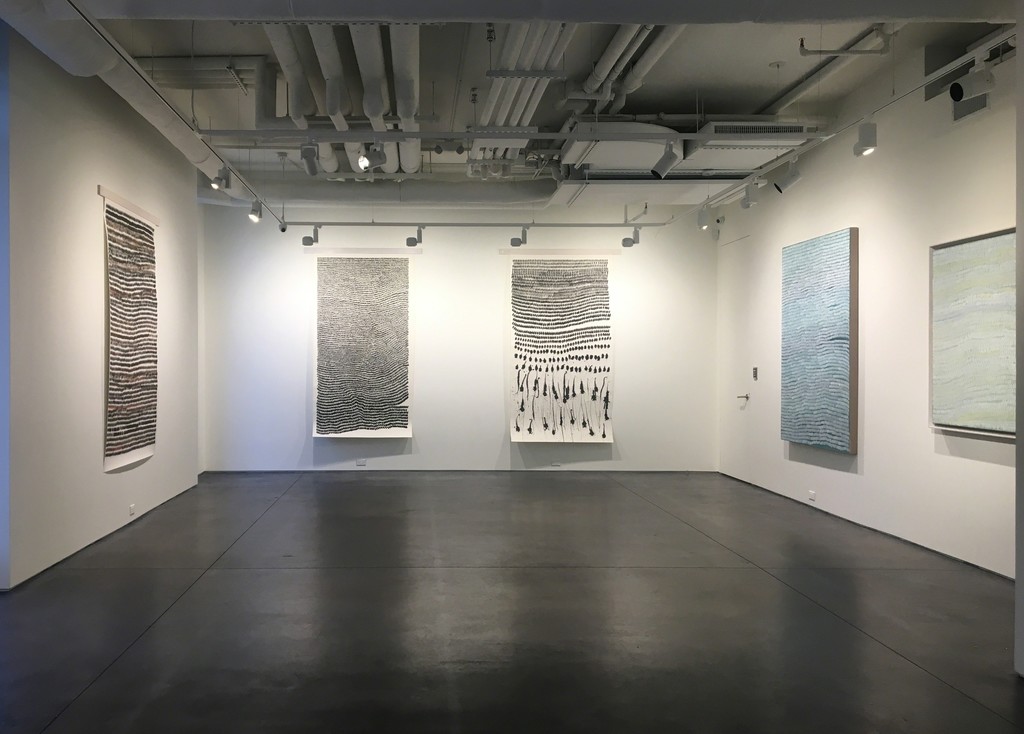 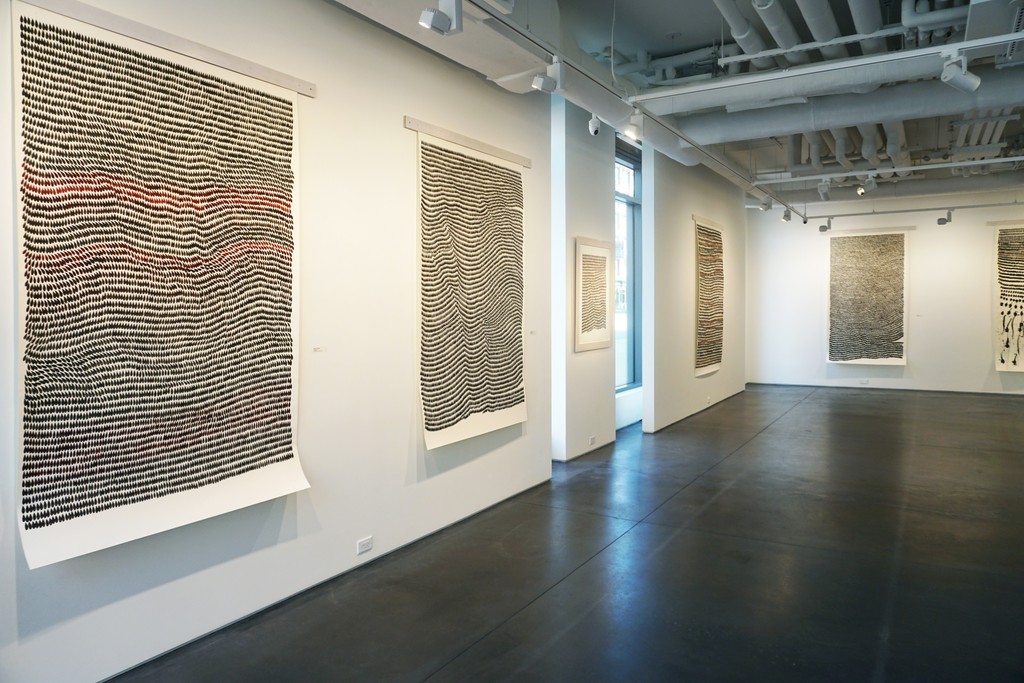 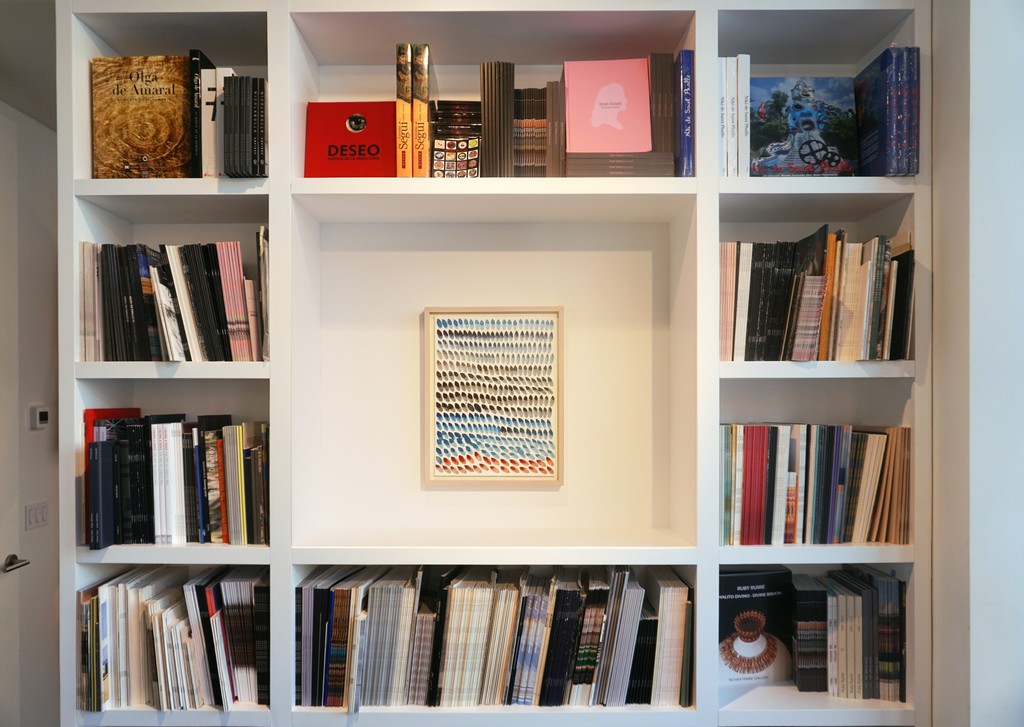 This series of works by Chilean artist Francisca Sutil represents the second phase of her Mute series, first exhibited in 2013. These more recent works of ink on paper take on a monumental scale, yet retain the same rhythm and temperament. The Mute series marks a major transition from her work prior to 2008. Many of the technical processes Sutil has developed over the course of her career have been put on hold to focus on the meticulous activity of this body of work.

Sutil's point of departure in this series is a basic hand-eye coordination exercise from childhood called palotes. She begins each of these works in the upper left corner, continuing from left to right, as if writing a sentence, occasionally skipping a row or restarting with a different color or amount of ink.In these quietly intense works, the tempo of the marks is slowed down through the repetition of simple forms and a limited use of color, allowing us to take notice of the materials being used. We are able to recognize the precise concentration of the artist and can easily imagine the meditative process she undertakes.

These peacefully absorbing works are presented to us as if they are on a written page, in a language we cannot understand, a kind of "uncoded message," as described by Sutil. There is no specific way of reading these works. The compositions provide freedom and time to reflect, something Sutil values greatly in response to the overwhelming noise of mass media. Sutil resists relating her work to any subject matter, in order to maintain the deliberate calm and openness of the series.

In 2016, her retrospective of works on paper at Patricia Ready Gallery in Santiago, Chile was recognized as Best Exhibition of the Year by the Circle of Chilean Art Critics. Sutil has received numerous awards and grants, including an NEA grant from the Drawing Center (Paper Conservation), New York and a fellowship from Southern Methodist University, Dallas. She has work in public collections such as the National Gallery of Art, Washington, DC; Universidad Catolica, Santiago; Vassar College Art Gallery, Poughkeepsie; among others. She received an M.F.A. from the Pratt Institute in 1981 and currently is based in Santiago, Chile