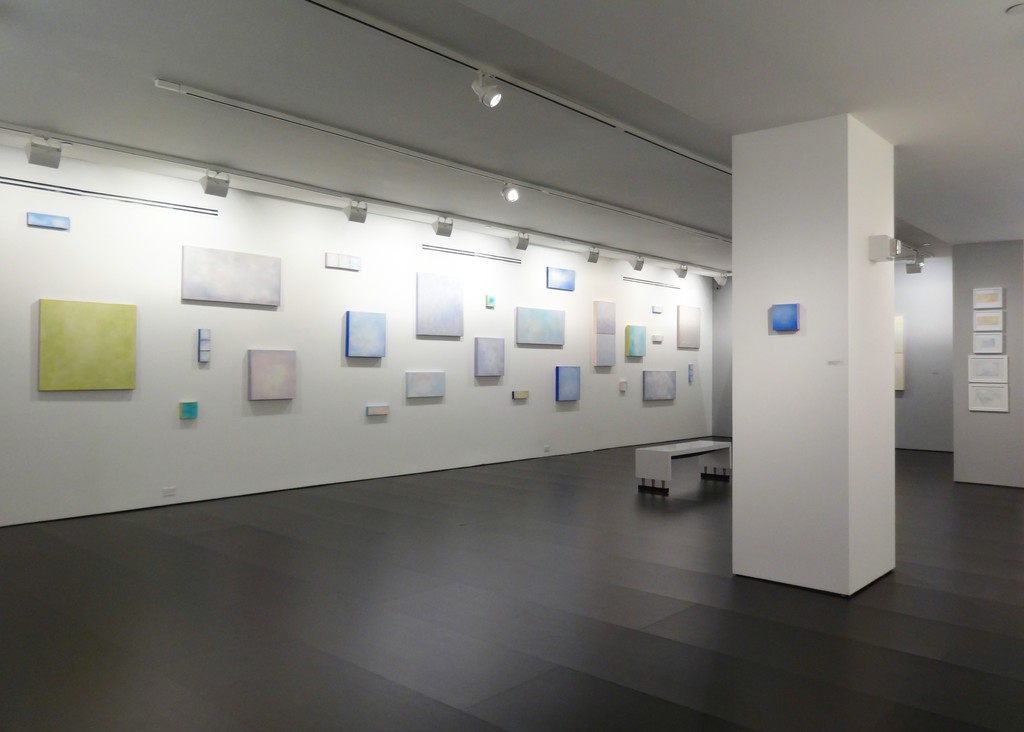 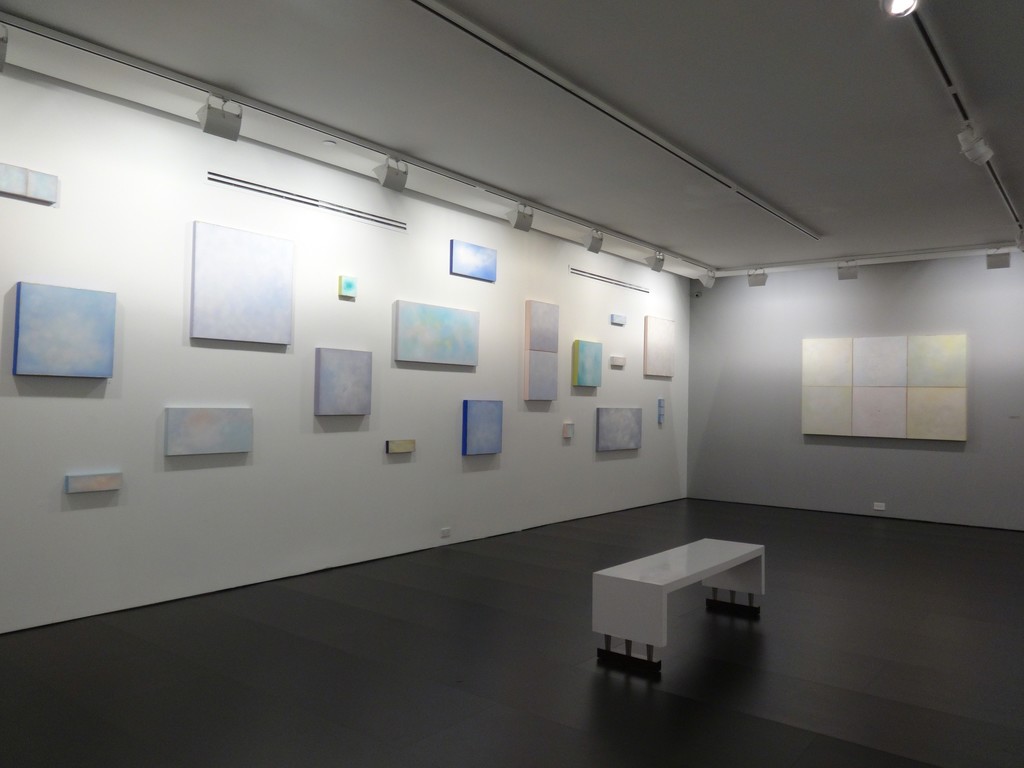 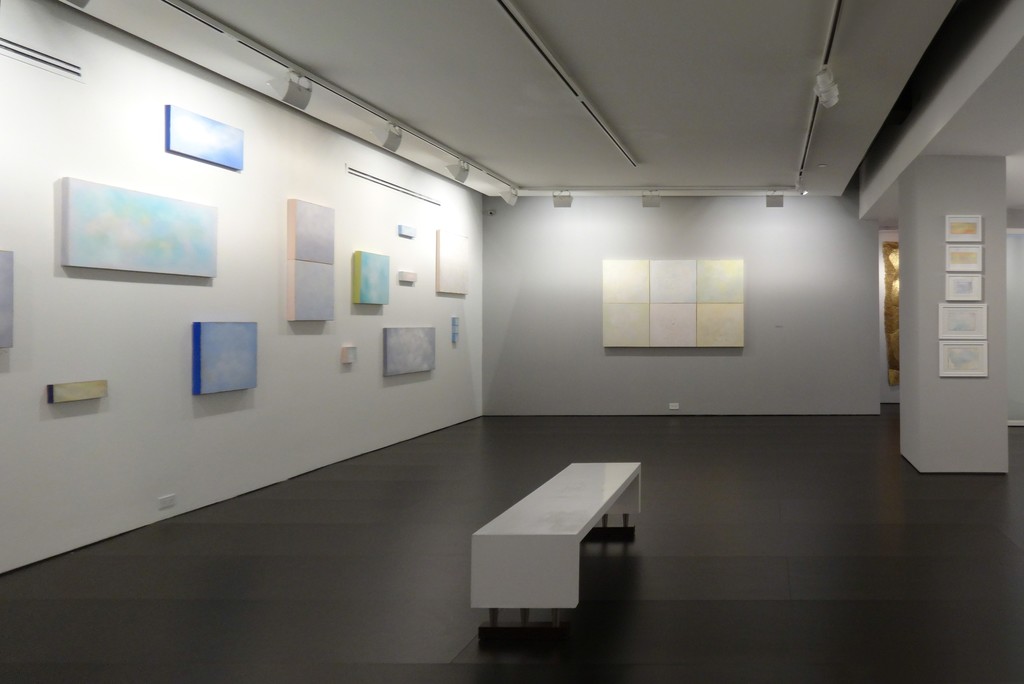 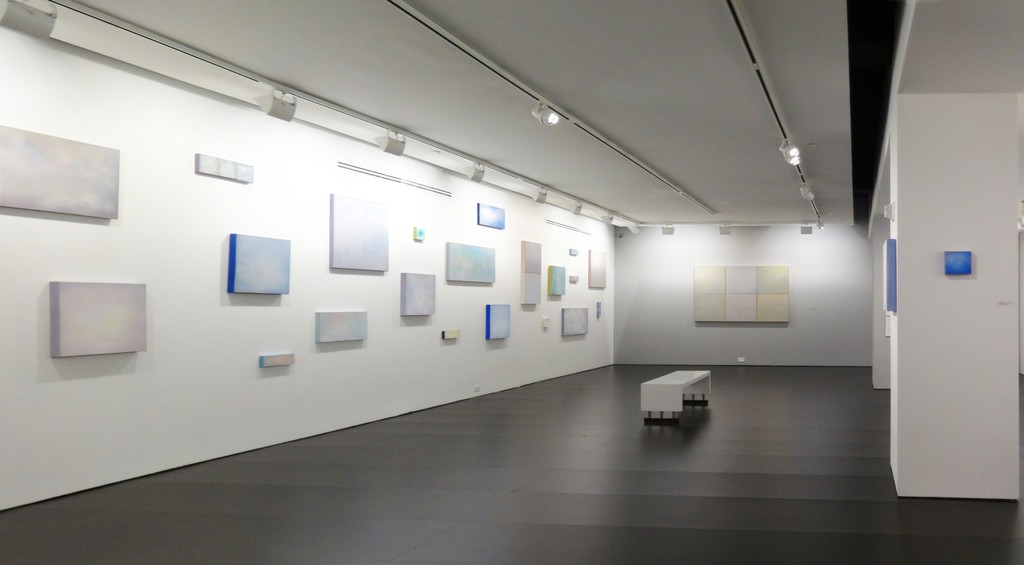 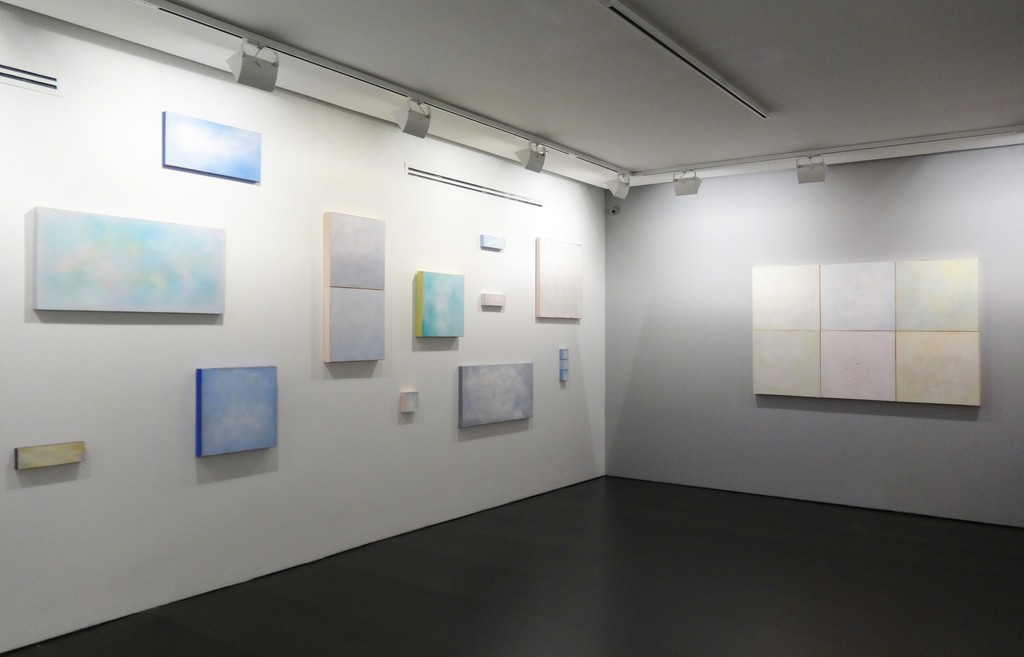 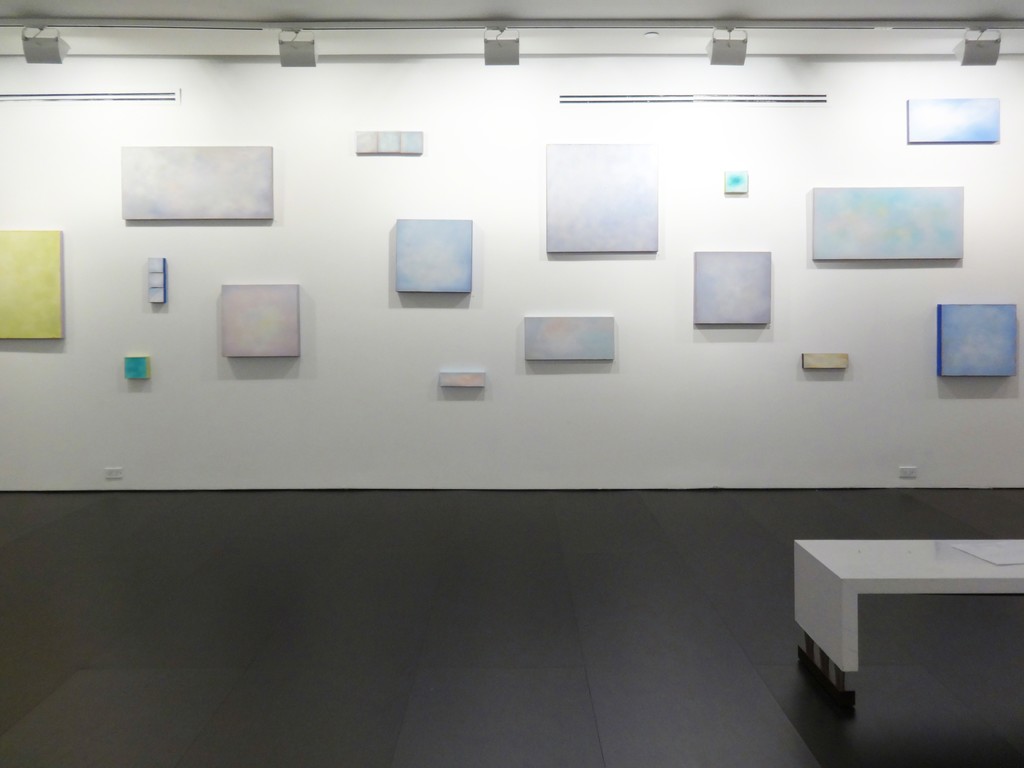 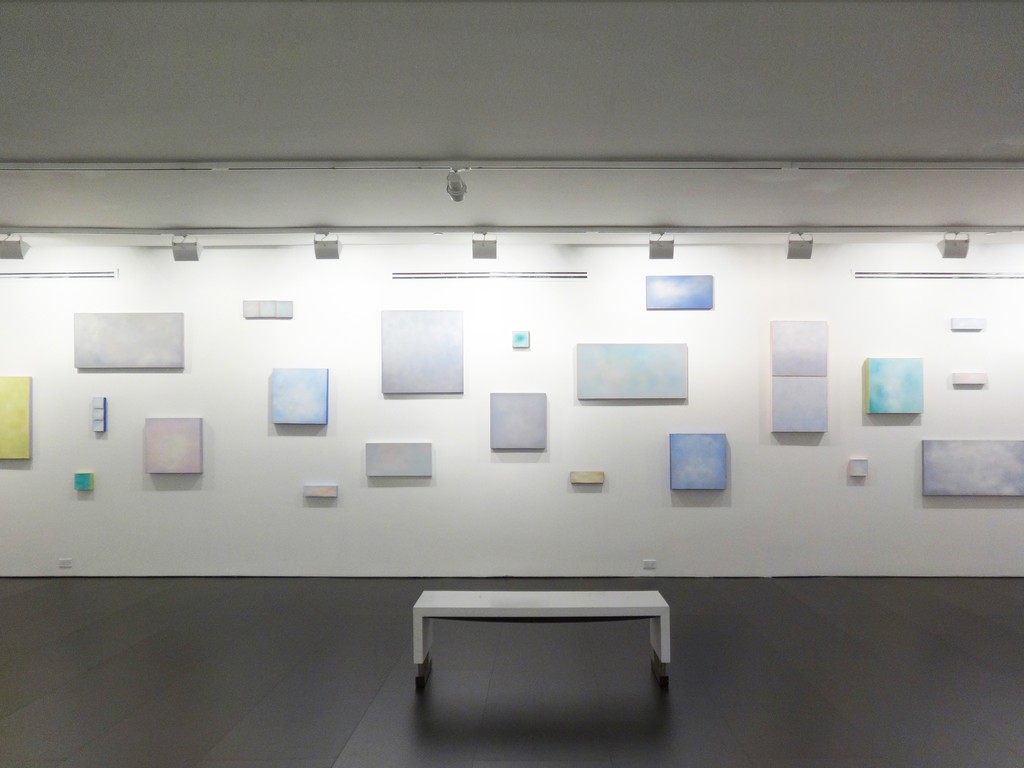 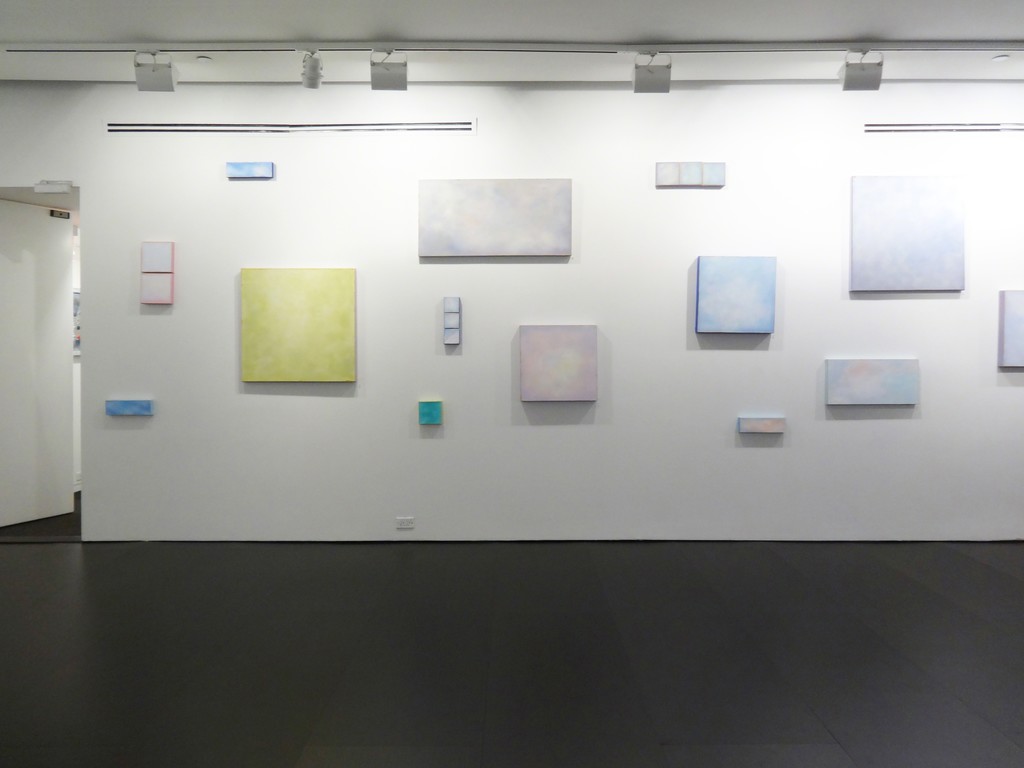 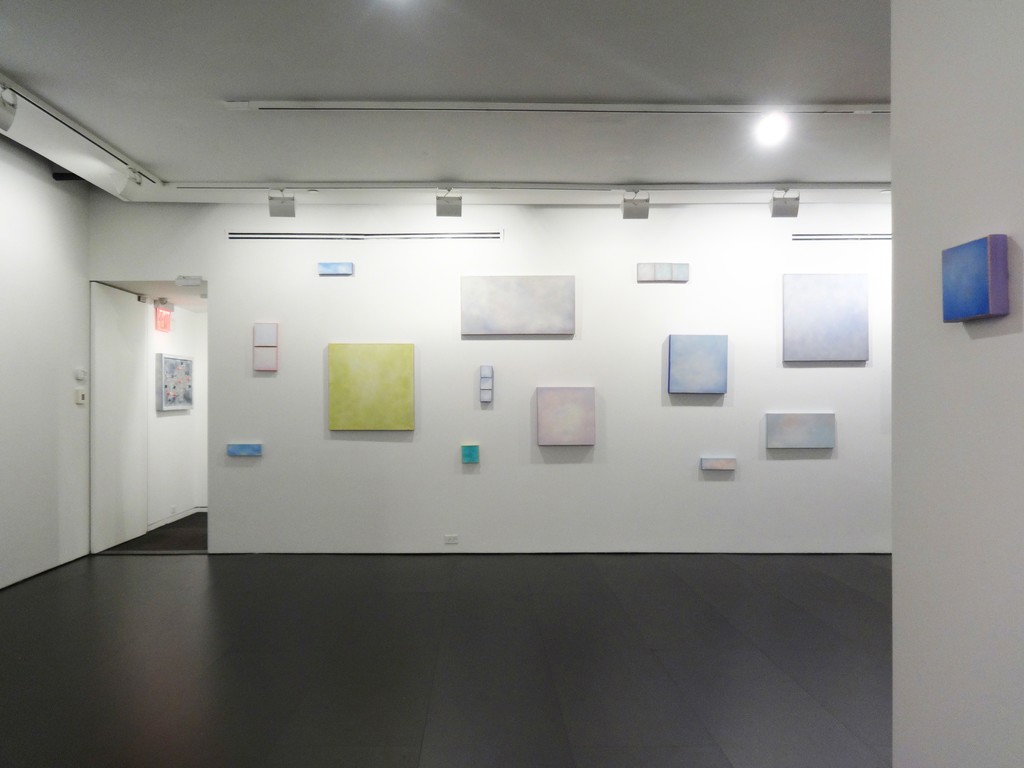 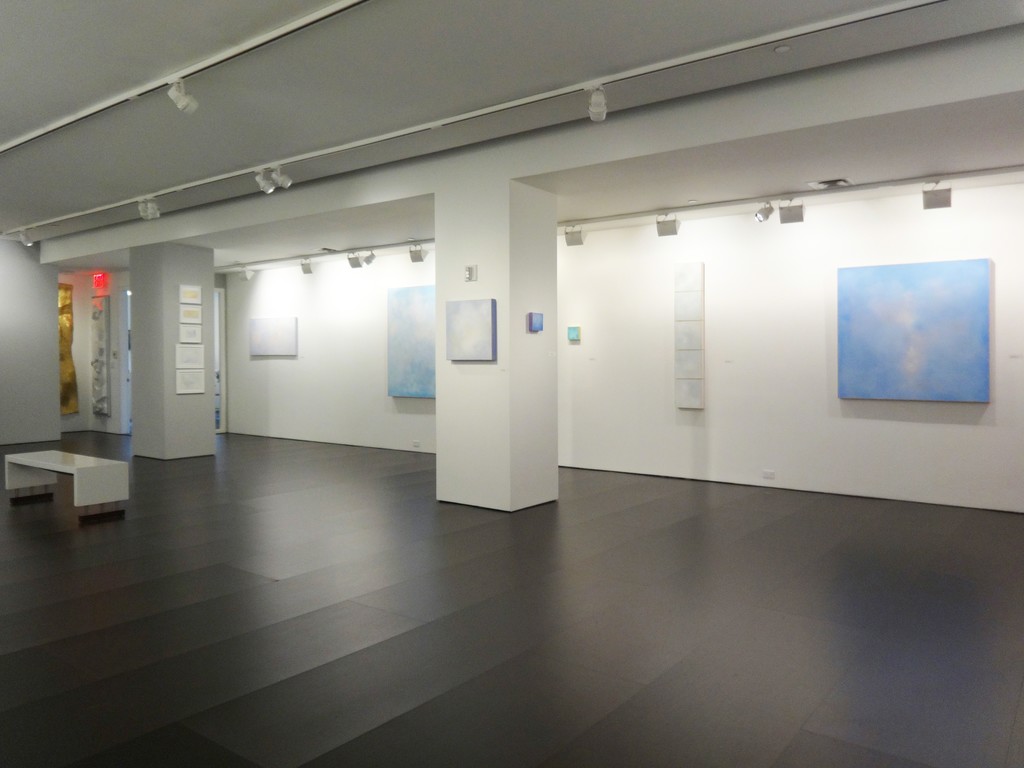 Julie Hedrick explores the Greek myth of Ariadne in her new body of work, AIR (Ariadne’s Golden Thread). The exhibition comes as a deep breath of light, after the intensity of her previous series, Alchemy.

This meditational process came to Hedrick’s hand through the contemplation of the Hudson Valley skies, and the intuitive thrust to paint air, space and light. Just like Ariadne’s golden thread that lead Theseus out of the Minotaur’s labyrinth in Greek Mythology, the golden borders that outline Hedrick’s paintings act as a golden thread that brings us to clarity.

The creative process was guided by the listening of Violet Jade, an album of meditations transformed into music by Hedrick’s husband, composer Peter Wetzler. This series came as a result of hours of painting in a trance-like state, induced by the combination of the music and the light emanating from the canvases.

Ariadne’s Golden Thread (2016) describes the poetry in the air, held within a golden thread. The three panels open a stream of light ascending to the top, three times contained in a golden rim. In the Minotaur myth, Theseus arrived in the third sacrifice, slaying the monster and returning from the darkness of the labyrinth by following Ariadne’s golden thread.

The whole series has Hedrick’s characteristic peeling texture - a tactile, terrene, and humane quality that belongs to the visible and material world, connecting to the environment and human senses. The idea of connection, always present in her work, takes a particular stand in AIR (Ariadne’s Golden Thread). It reenacts both the interlacing and converging quality of the mundane and spiritual world, of all things alive; and the pulling force to bring us back, to lift us from the obscure.

Eternity - Held by a Golden Thread (2016) reminds us of a primordial string, present as a universal understanding of life and existence: String Theory refers to the strings that propagate through space and interact with each other, the three Moirai of Greek mythology controlled all humans’ destiny with the thread of life, and the gods of a popular Chinese and Japanese legend tie an invisible red cord around the ankles or fingers of those destined to meet for a purpose, to make history or help one another.

As much of Hedrick’s work, AIR (Ariadne’s Golden Thread) contains an ancestral sensitivity, the painting of universal concepts that go back to the origins of human existence. Within her own labyrinth of shared stories there is a perfect path, a golden thread which, like that of Ariadne, connects us, as spectators and participants, in an irrevocable destination.