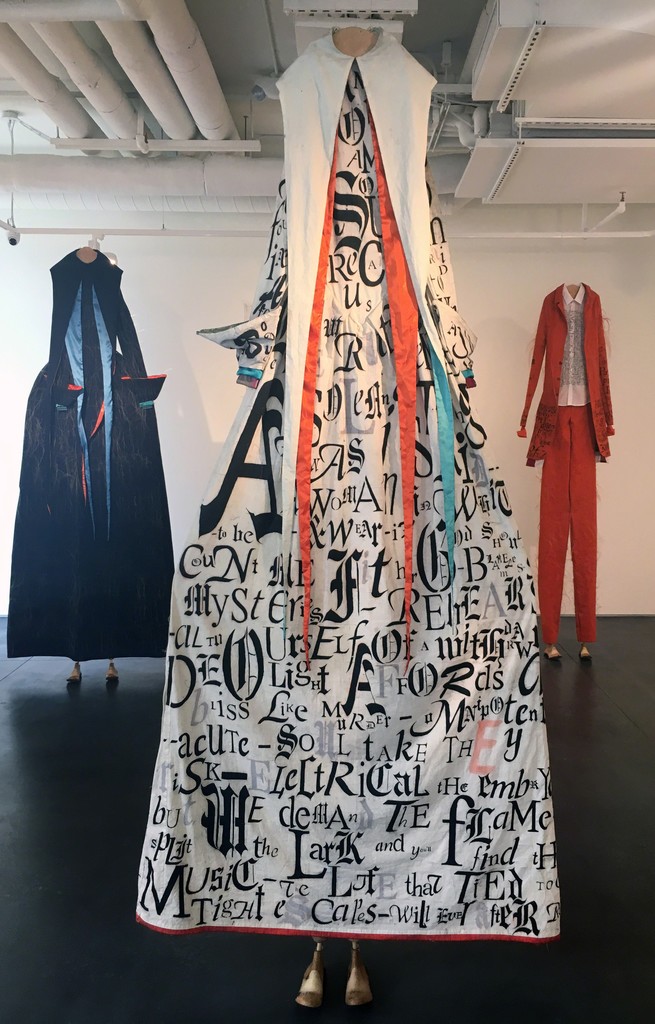 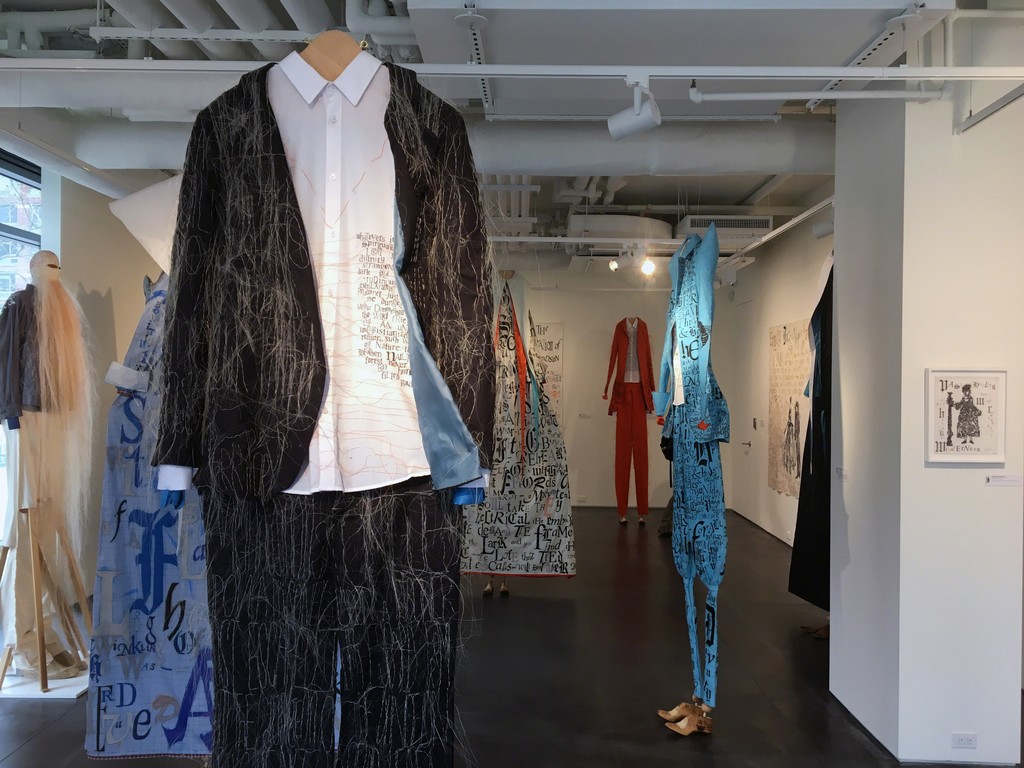 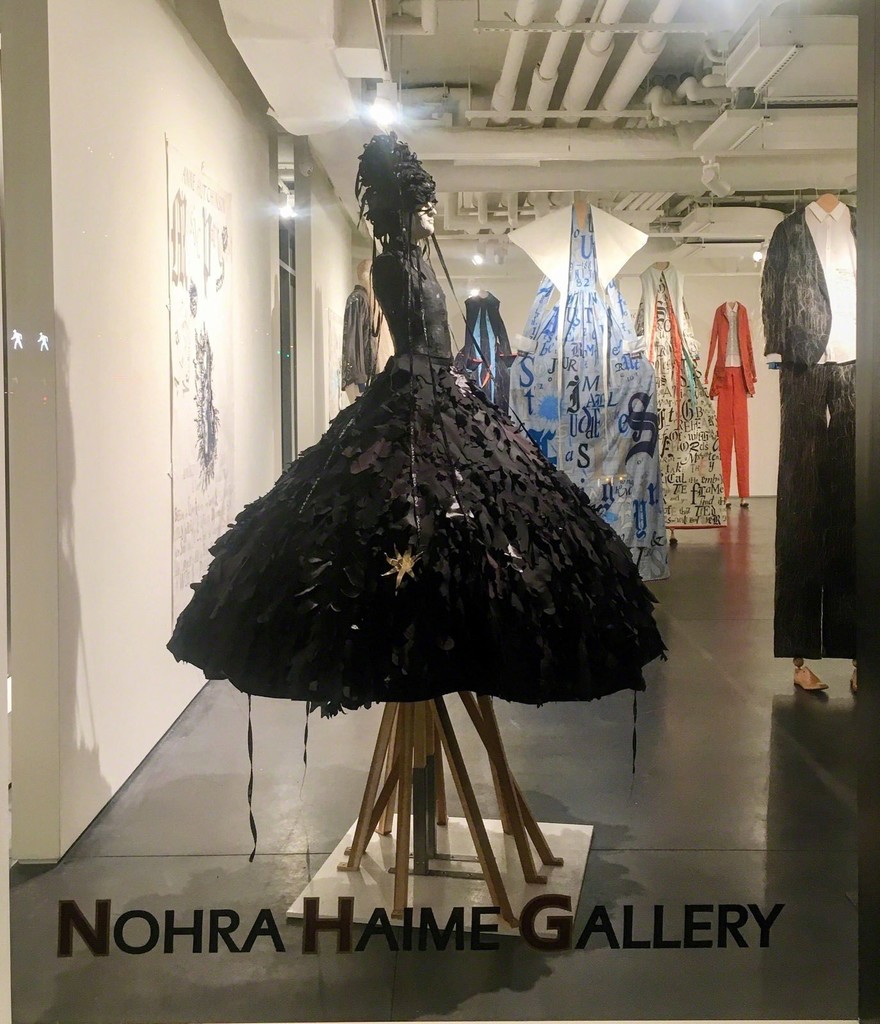 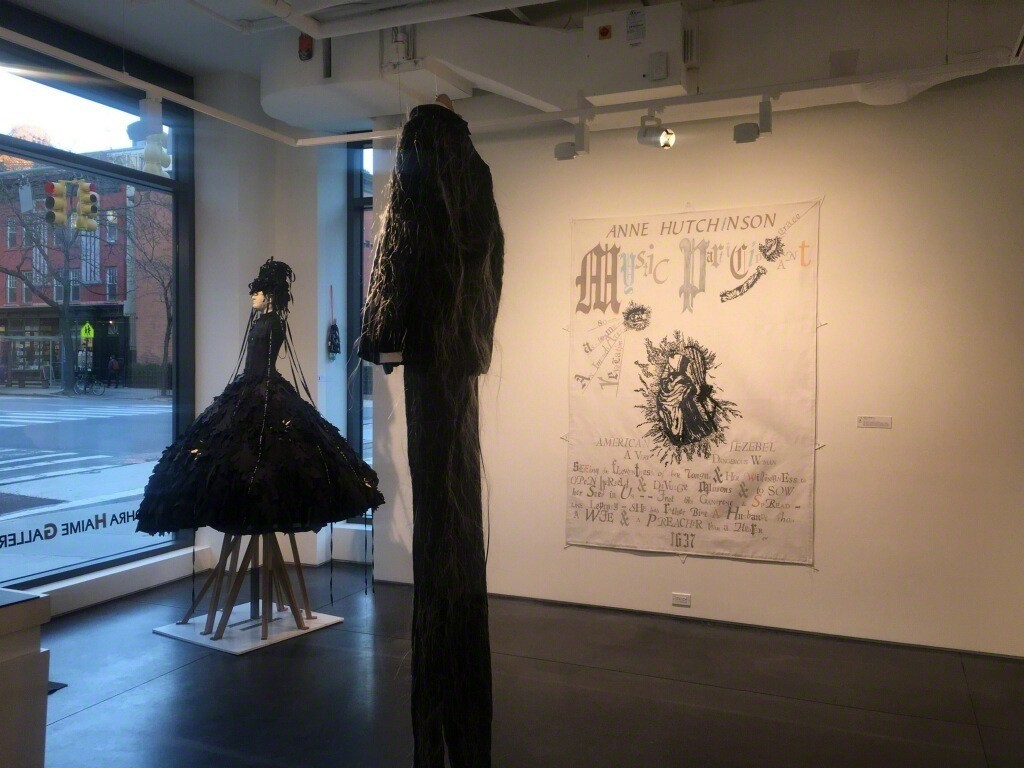 LESLEY DILL: WILDERNESS: WORDS ARE WHERE WHAT I CATCH IS ME will be on view at Nohra Haime Gallery in Chelsea from February 14 – March 17, 2018. The exhibition will feature a new collection of works drawing on language, the written word, and the investigation of divinity and deviltry during the wildness of Early America.
Brooklyn-based artist Lesley Dill’s work reflects the poetry, prose, and declarations of early New England figures such as John Brown, Jonathan Edwards, Nathaniel Hawthorne, Anne Hutchinson, Mary Rowlandson, Edward Taylor, Sojourner Truth, and Walt Whitman. The collection also includes Emily Dickinson, whose poetry initially triggered Dill’s assimilation of text into her art.

Reminiscent of Alberto Giacometti’s sculptures, the long, thin figures appearing in Dill’s work wear the strength of the words of the people they represent. Though differing in specific experience, all of these personas have had a powerful impact through their words, and personally connect with the artist. Dill posits that there is something untamable, fierce, and persistent in each of their beliefs, which ultimately unites them. Dill is drawn to this restrictive time period of limited access to a diversity of written word, and the bravery of these figures’ response. Hutchinson, for example, with her famed testimony of religious freedom, was one of the first American women to have her words recognized, recorded and saved as a part of history.

Through her first solo exhibition with Nohra Haime Gallery, Dill presents a new way of reading and absorbing the words of these idiosyncratic figures. The painted and sewn letters in her work take on a formal quality of their own, not legible in the same way as we are accustomed, leaving a considerable impact on the viewer.

Born in Bronxville, New York, Lesley Dill grew up in Maine and the Adirondacks. Now based in Brooklyn, the artist works with a variety of materials such as horse hair, muslin, thread, photography, and metal that accumulate into sculpture, performance, works on paper, and fabric. From the early 1980s onwards, Dill has had over 100 solo exhibitions. Her work is found in museum collections across the United States, and has been shown both nationally and internationally. She was recently awarded the John Simon Guggenheim Fellowship. Lesley Dill is the most recent artist represented by Nohra Haime Gallery.