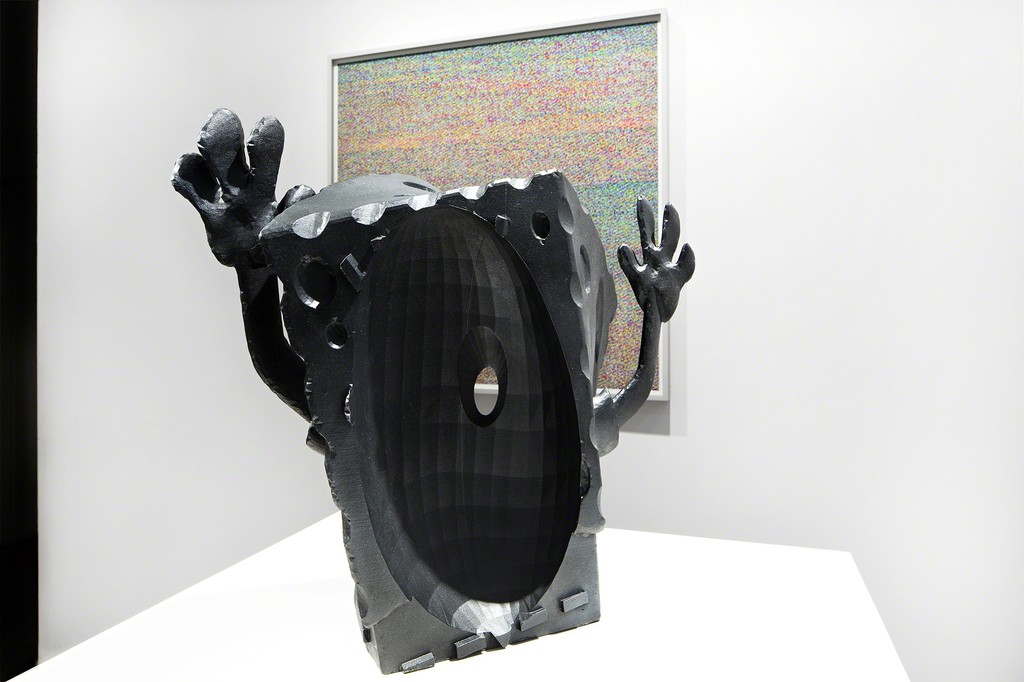 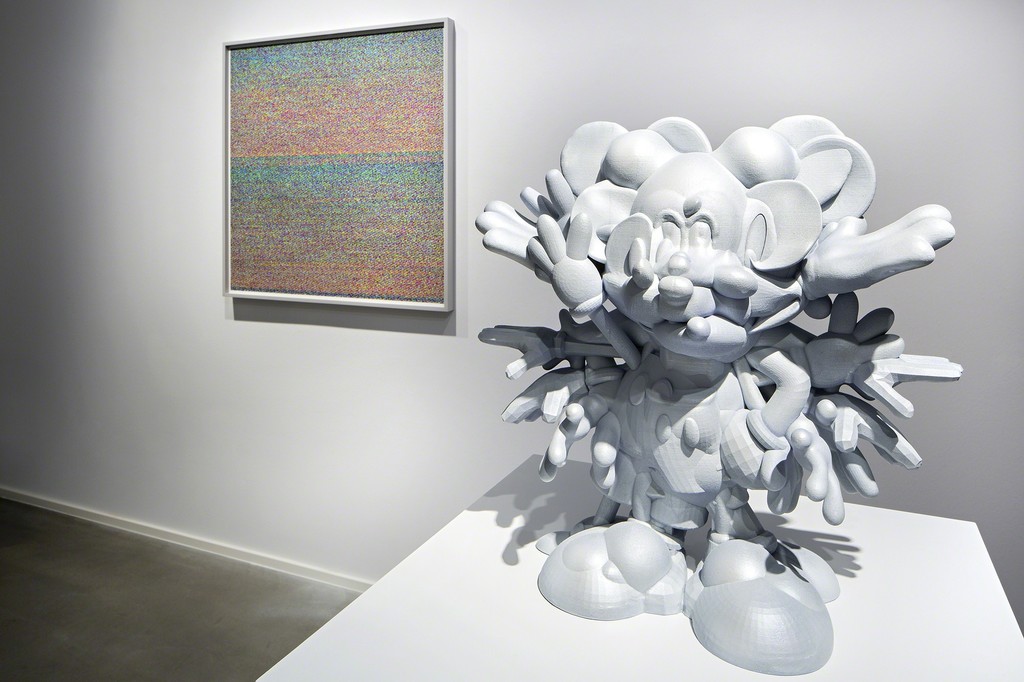 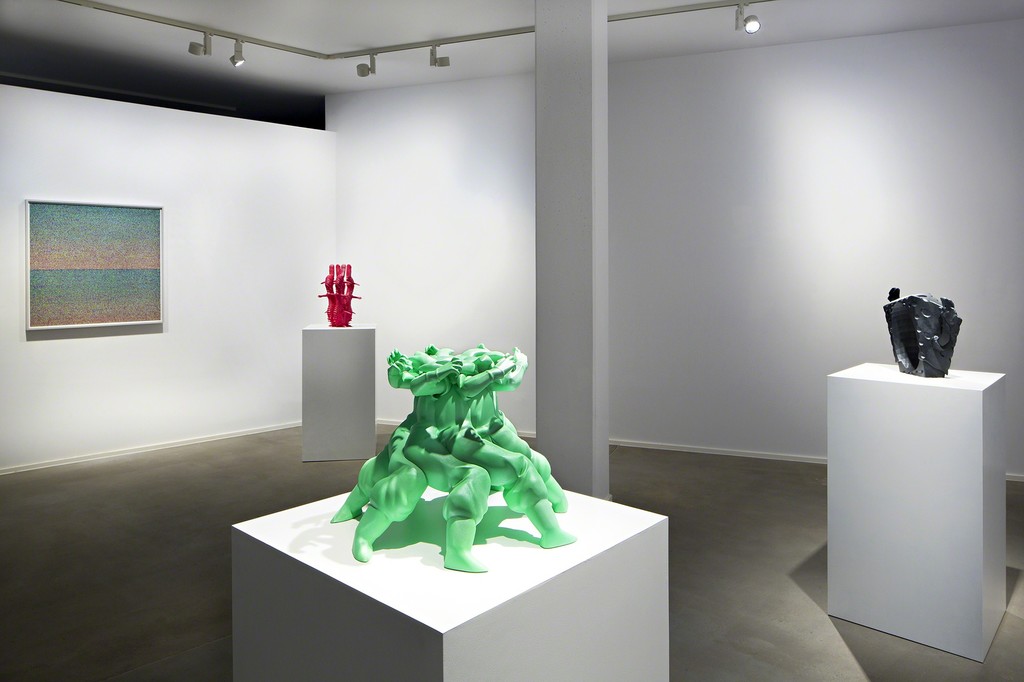 Long fascinated by the resilience of pop icon shapes, Plummer-Fernandez expands on his ideas about illusory images, material, and copyright to generate a new version of familiar faces.

Plummer-Fernandez shows a series of new sculptures and prints that challenge our notion of an object insofar as they are works generated from the same code but represented in different forms.

As writer Joanne McNeil describes them: “every shape seems to be contorted just to the precipice of an unrecognizable state. Any additional pixelation or pinching would submit the forms into the multitudes of another person’s imagination.”

The prints are generated by converting the 3D model into an image file, a process which also serves to conceal the original source. The 3D model’s geometry is mapped onto a color range, resulting in a colorful flat surface that represents the 3D model. By creating different forms from the same code, Matthew Plummer-Fernandez questions the inner nature of an object, disputing the relationship between a genotype and a phenotype.

The exhibition challenges familiar notions of copyright and questions the point at which an original copyright ends and where a newfound freedom begins.