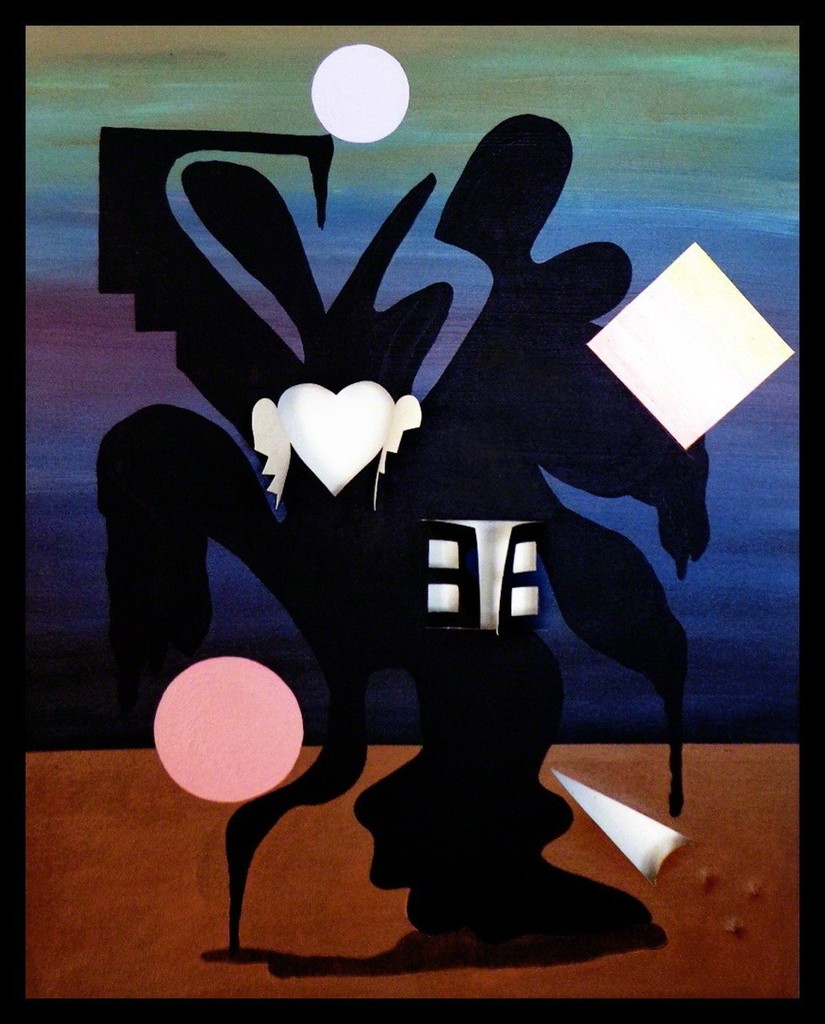 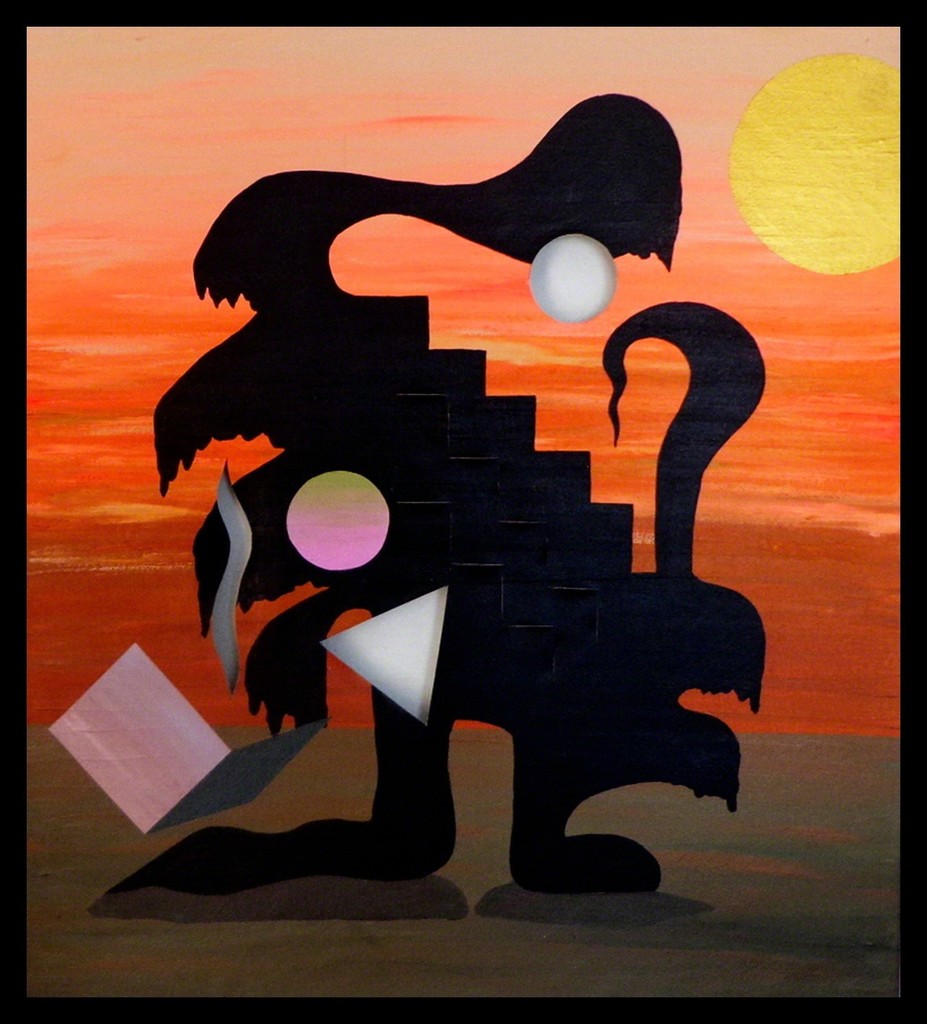 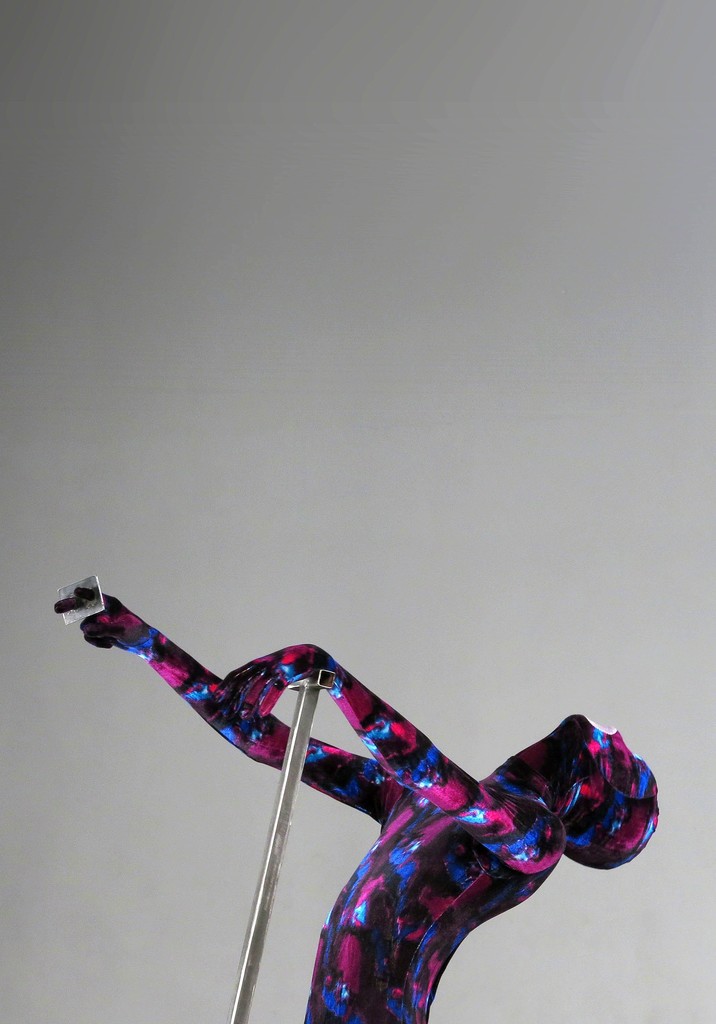 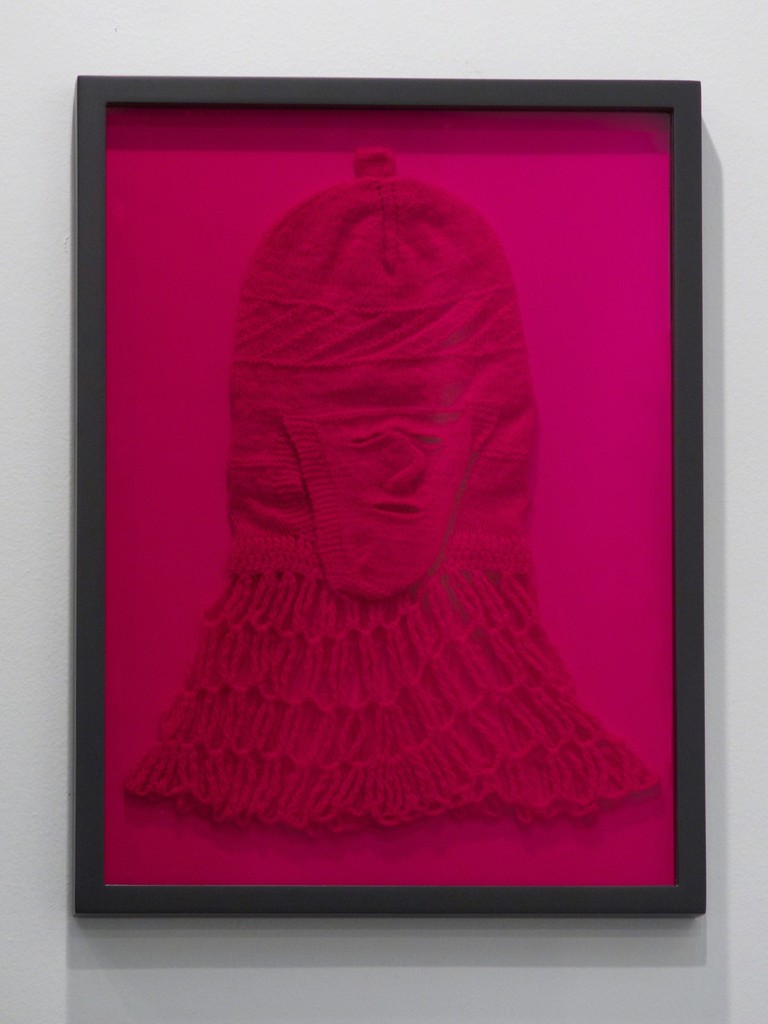 Nora Fisch Gallery brings three artists who are emblematic of the vibrant art scene of Buenos Aires to the Opening Section of ARCO. They are Lux Lindner, Fernanda Laguna and Osías Yanov.

• Lux Lindner (b. 1966, Buenos Aires) is one of the most original and unexpected minds in this city’s art community. His solid knowledge of history, literature, music is put to the service of sharp and often humorous sociological insights that are translated into his works. Although Lindner has written theatre plays, made paintings and designed digital animations, drawing remains at the core of his art practice, a constant activity which goes along with and furthers his thought processes. He is a skillful draughtsman, employing styles derived from technical drawings, fine art expressive traditions, comics or children’s books illustrations. At first encounter his works appear hermetic or surrealistic, nevertheless each one has its own narrative and is heavily encoded with layers of references to political, social and cultural situations. The series of drawings he presents at ARCO is entitled Magical-Political Membranes (Equatorial Equation).

Lindner started exhibiting his works in the ‘90s in the context of Centro Cultural Rojas, a watershed moment in the development of art in Buenos Aires. He has since presented over a dozen solo shows and has participated in numerous group exhibitions including the Istanbul Biennial (2013) and Mercosul Biennial (2005). In 2012 the Museum of Latin American Art of Buenos Aires (MALBA) —one of the main institutions and collections of Modern and Contemporary art in Latin America— acquired 165 of his drawings dated between 1985 and 2012. Lindner has received many awards including the Andreani Foundation Prize and the Konex Foundation Award.

• Fernanda Laguna (b. 1972, Buenos Aires) is highly influential in Argentina, her status as a true “cult artist” comes not only from her distinctive visual art production but also from her bold novels and poems —which have been translated into English and published in the USA— and for having been involved in the creation of several alternative exhibition spaces and organizations, which were effectively part of her art practice. In 2001, in the midst of the worst economic crisis in Argentina’s history, Laguna co-founded the now legendary artist-run gallery “Belleza y Felicidad” (Beauty and Happiness), which for many years was the cauldron of emerging art and literature in Buenos Aires. She then moved the gallery to a shantytown in the outskirts of the city, where over a decade it evolved into an experimental art-based general education program for disadvantaged teens.

Laguna’s work is intersected by several recurring themes: erotic desire expressed from a woman’s standpoint; the playful and the irrational; references to and appropriation of local every-day popular handcrafts and iconography yet at the same time an interest in classic modernist traditions such as geometric abstraction or metaphysical painting; a complex and non-didactic concern about social inequalities. The works included in this booth belong to a series entitled Abstract Shapes That Look Like Something, where black shapes set against a wide metaphysical horizon act like humans, falling in love, crying, being interested in fashion, drinking beer. The cut-out shapes and slashes on the surfaces of the canvases are characteristic of these works, a reminder that the actual world and social sphere always crosses through her apparently dreamlike paintings. Quoting tropes from classical Modernist pictorial traditions, Laguna desacralizes this legacy through humor and a gender specific perspective, making these paintings profoundly contemporary.

Fernanda Laguna has participated in the 2013 edition of the Mercosul Biennial, in Porto Alegre, Brazil and the 2014 Cuenca Biennial, Ecuador. Her works are in the collections of Guggeheim Museum, New York; Los Angeles County Museum of Art (LACMA); Museum of Latin American Art of Buenos Aires (MALBA), Museum of Modern Art of Buenos Aires (MAMBA); Supervielle Bank Foundation, Buenos Aires; Patricia Phelps de Cisneros Collection, New York; The Related Group, Miami and in many important private collections. She was included in the “Best of 2012” list in Artforum magazine, being described as "undoubtedly one of the most interesting visual artists in the Americas".

• Osías Yanov (b. Buenos Aires, 1980) is one of the artists who has emerged with greater presence and impact in the city’s scene in recent years. Trained in experimental theatre and dance as well as in visual arts, he has been one of the four members of the influential art collective Rosa Chancho for the past decade. About three years ago he began focusing on his individual work, immediately gaining great attention and interest in it. His series of pieces consisting in abstract iron sculptures which are “activated” by one or more performers in specifically designed bodysuits have been exhibited at this city’s main art institutions including the Museum of Modern Art of Buenos Aires (MAMBA), the Museum of Latin American Art of Buenos Aires (MALBA) and Parque de la Memoria.

The body as agent for knowledge and change is one of the central ideas in his work, as it is furthering notions about gender and pushing them beyond current frames of reference. This impulse, manifested in the works presented at ARCO, springs from the desire to transit from the idea of gender theory to that of anthropocene. Interested in re-definitions, Yanov seeks a change of scale: to go from the idea of a body which is subordinated in its identity to social constructions —slave to its environment— to one which has influence on the geological instance of the Earth —modifying its environment. These themes appear in his works as an intersection between pre-Columbian rituals and contemporary habits; multinational oil corporations and bodily exertions; funerary urns and drag queen masks.

Yanov’s works are in the collections of the Museum of Modern Art of Buenos Aires, the Museum of Latin American Art of Buenos Aires (MALBA); Patricia Phelps de Cisneros, New York; Museum of Contemporary Art of Rosario, and in prestigious private collections. He is currently working with curators Pablo La Fuente (Sao Paulo Biennial 2014) and Manuela Moscoso (Cuenca Biennial 2014) in an interdisciplinary project that brings together ethnography and contemporary art and also in a piece which will be part of the Munich Opera Biennial in 2018. Spanish curator Manuel Segade has chosen him for a Solo Project at arteBA 2016, the Buenos Aires art fair.