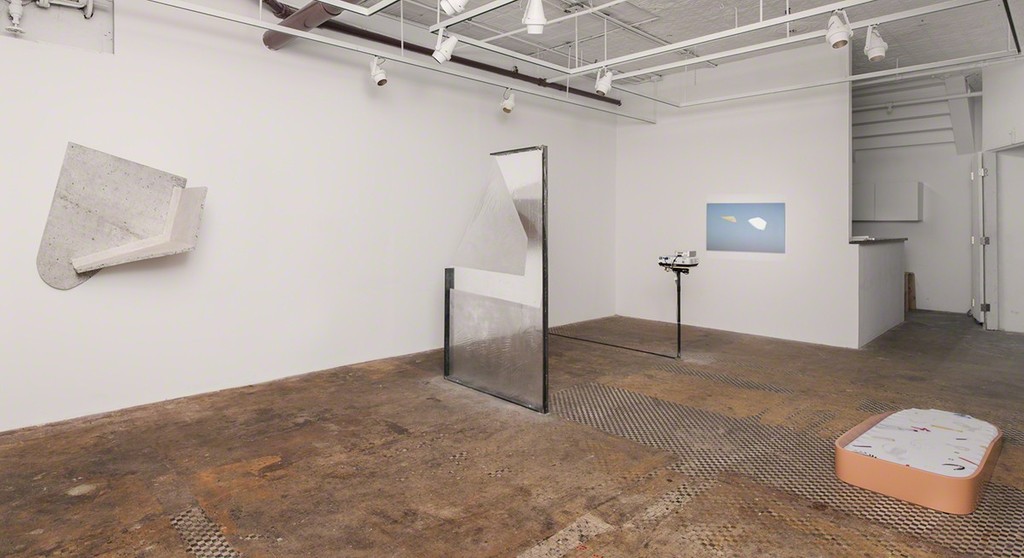 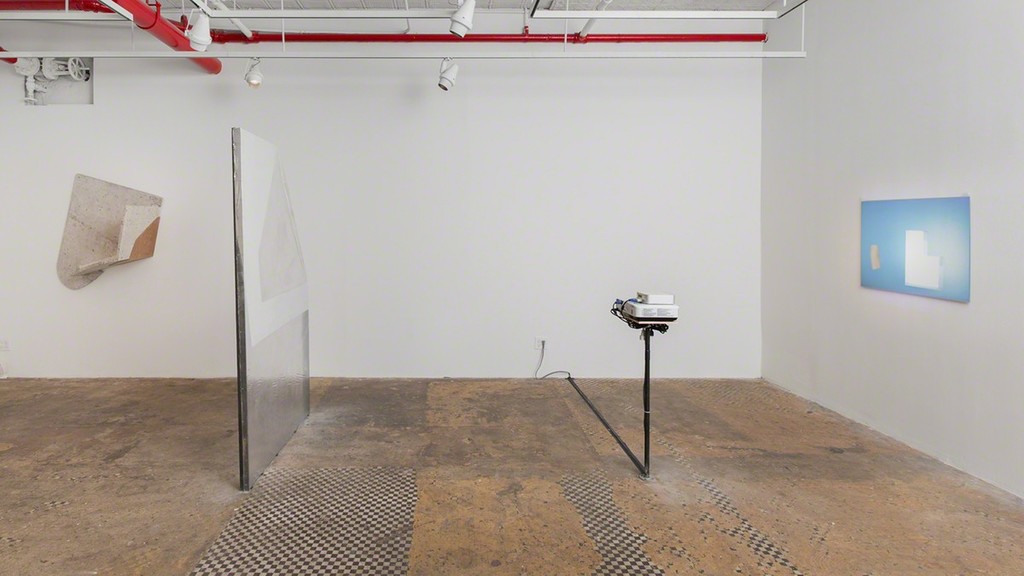 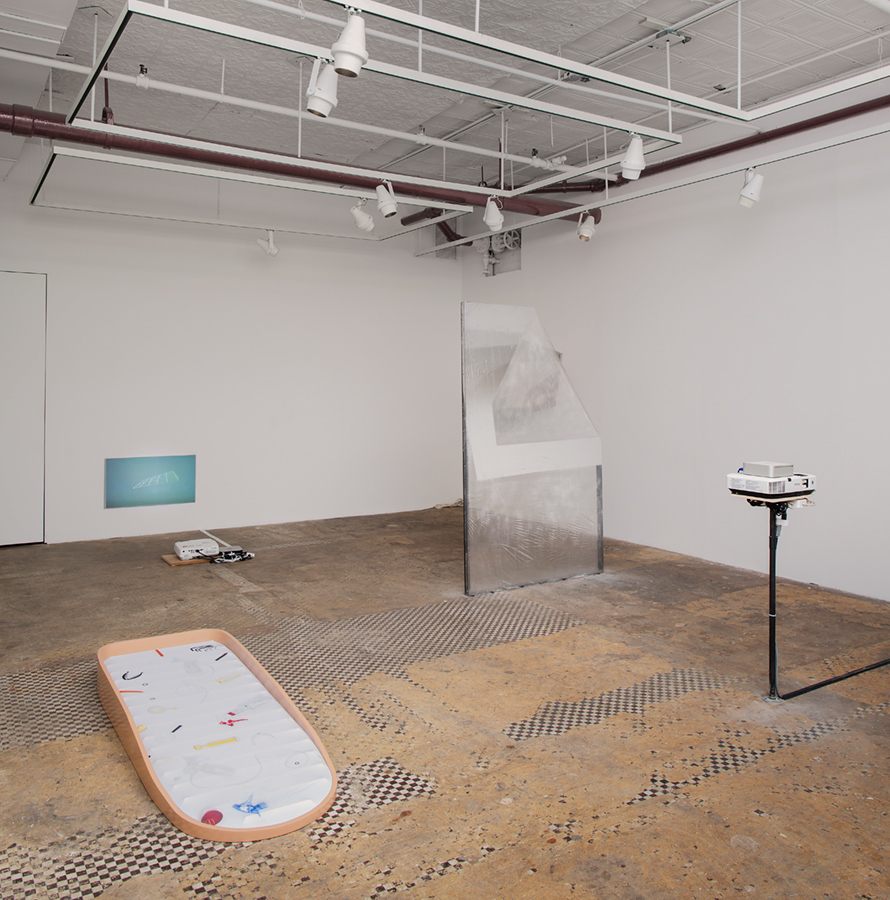 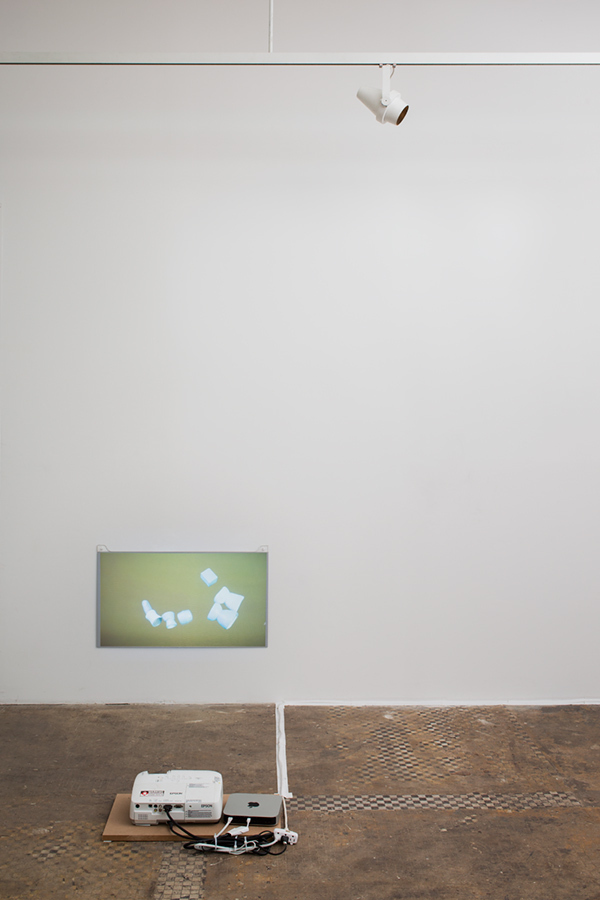 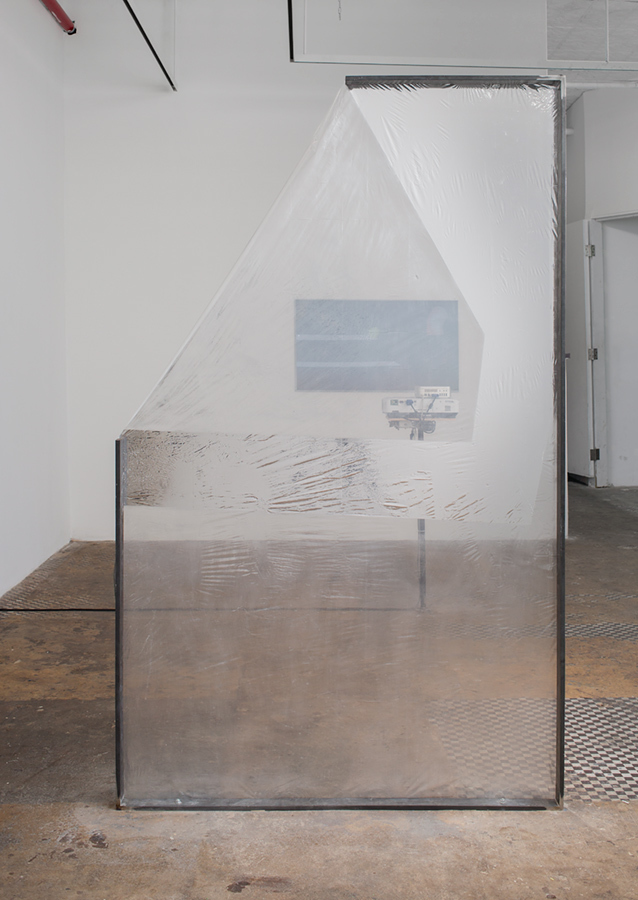 The experience alludes to cryptic physical and pedagogical exercises, playfully summoning us to solve the puzzles. These gestures are self-aware, simultaneously exuding a whimsical tenderness and distinct gravity. The works master juxtaposing forces, harnessing the tension between void and form, formalism and play, as well as the feeling of being both inside and outside of the work.

Although seemingly dissonant, the individual pieces all flow from the same core. Located somewhere between utilitarian object and sculpture, the three-dimensional works are activated through our own bodies; while the videos, which are entities in and of themselves, mediate the viewers experience of these sculptural forms. Tenser’s videos present green-screened performances in which the body is used as a support system to various crafted and found objects, to articulate the psychological impact of their dimensionality. What materializes is a directed choreography exploring surface and form. A large part of the work is what is not shown, residing in the extended, ambient body. Tenser insists that nothing is refuse, as the acceptance of failure is as important a part of the work as its success.