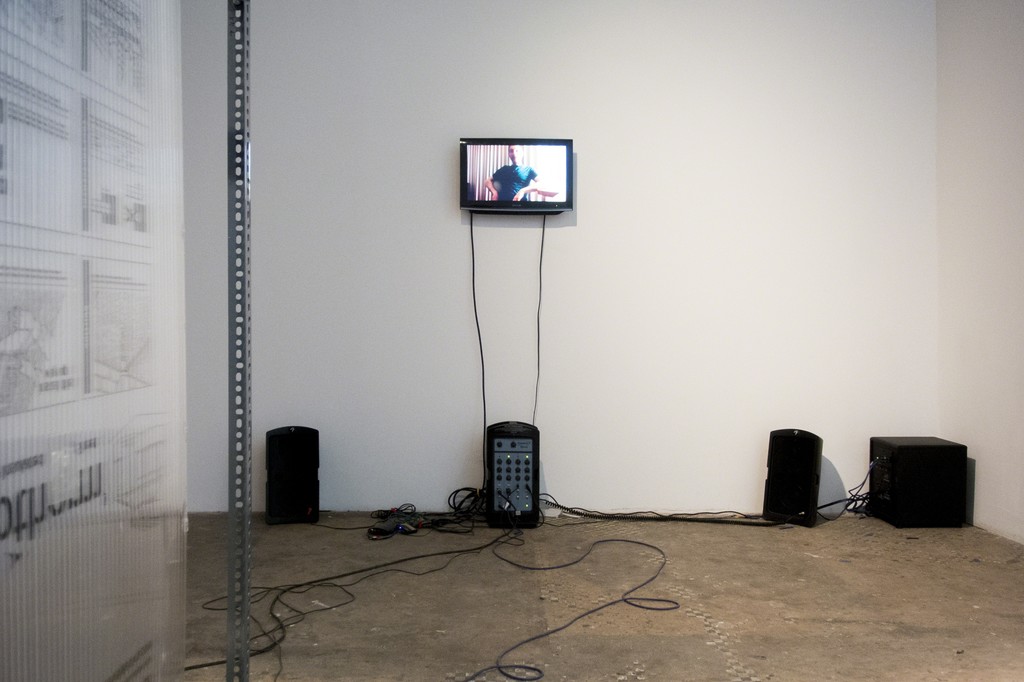 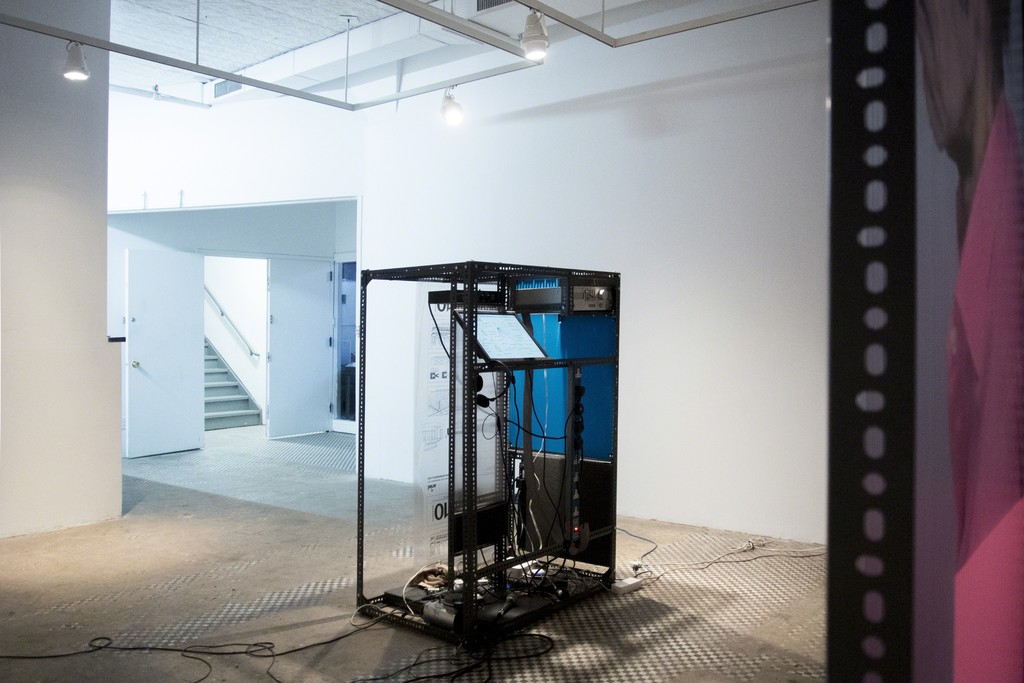 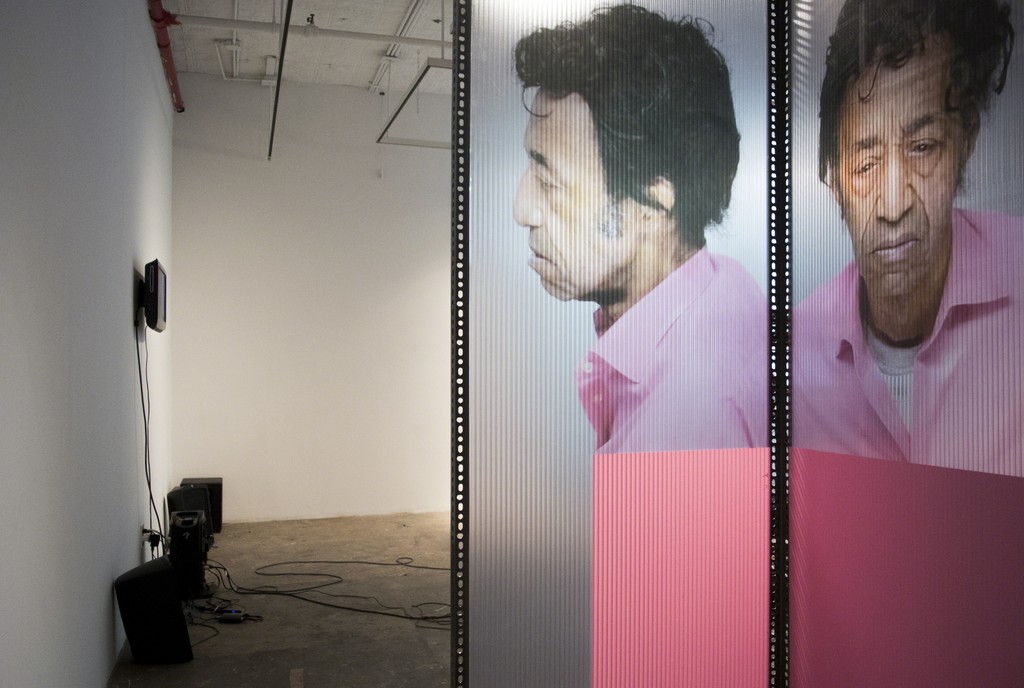 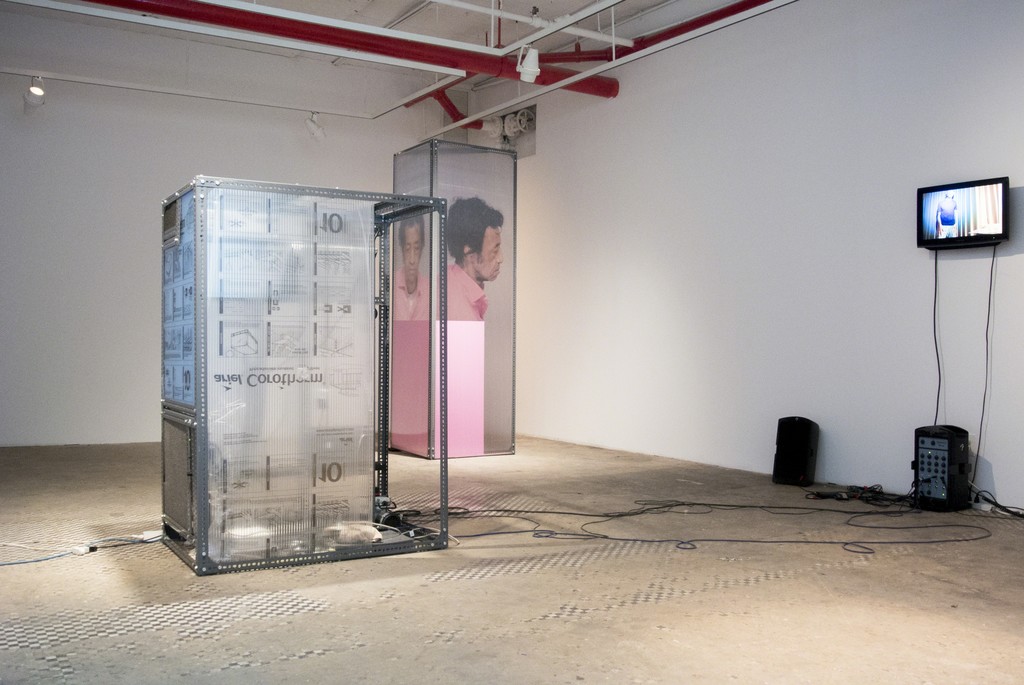 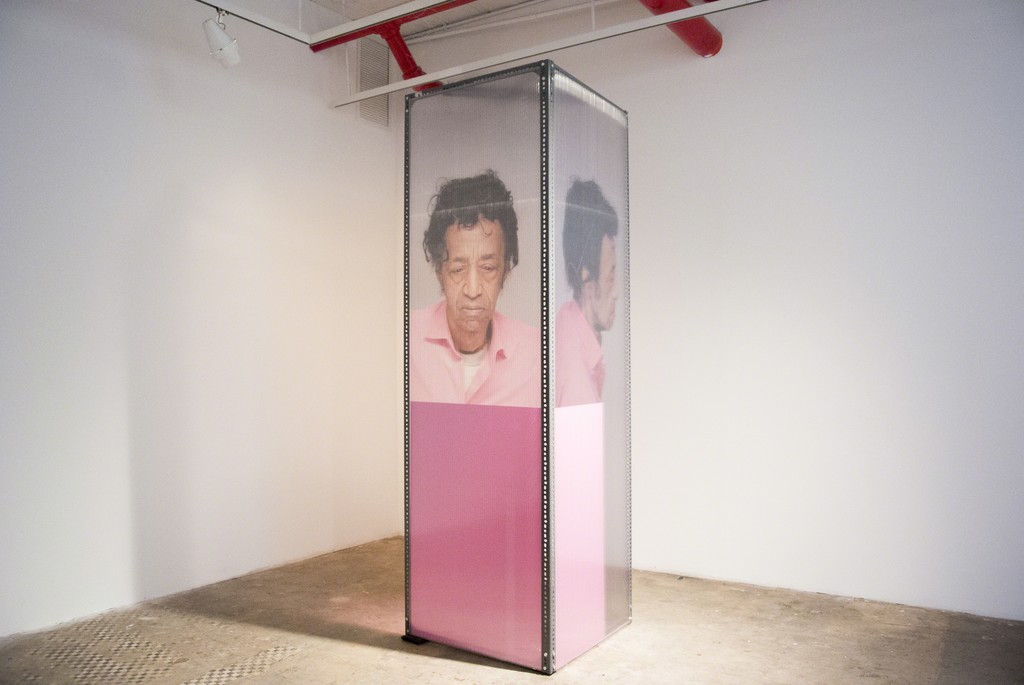 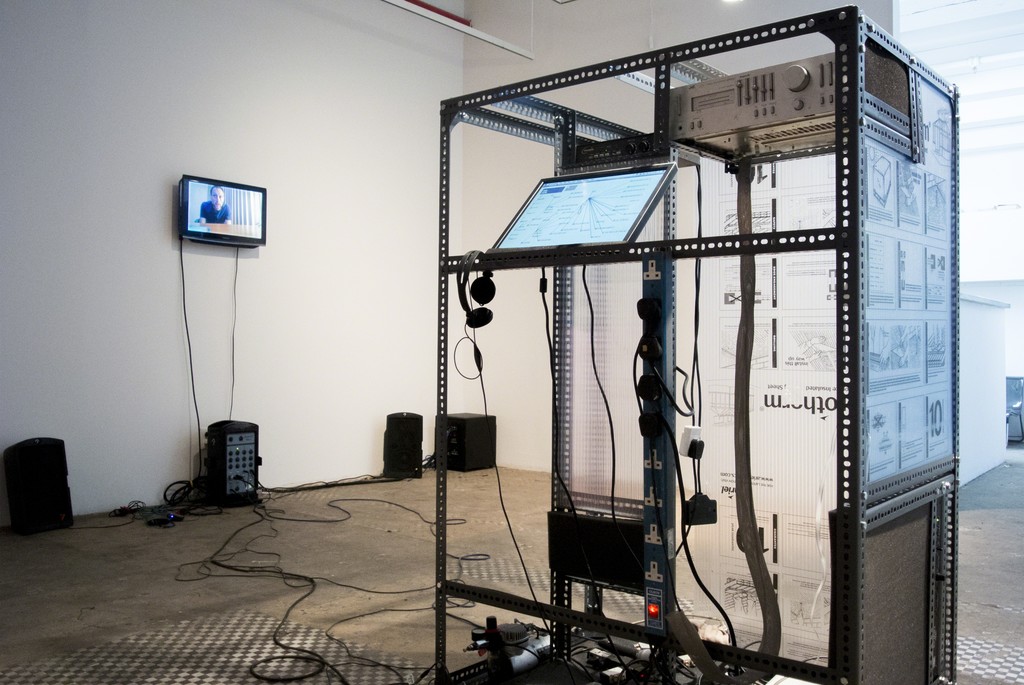 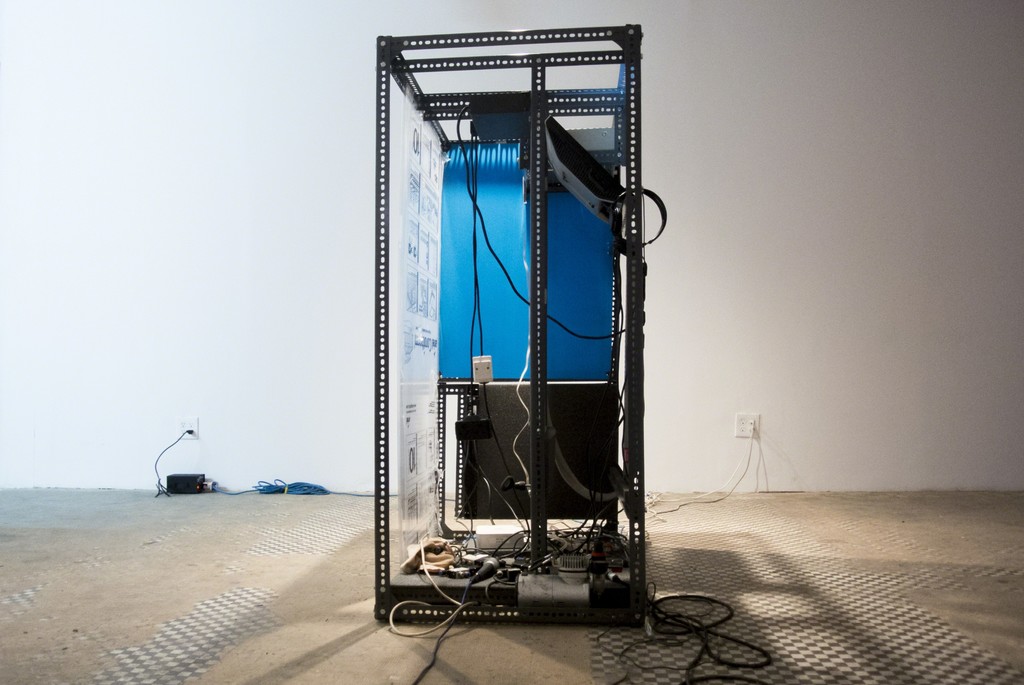 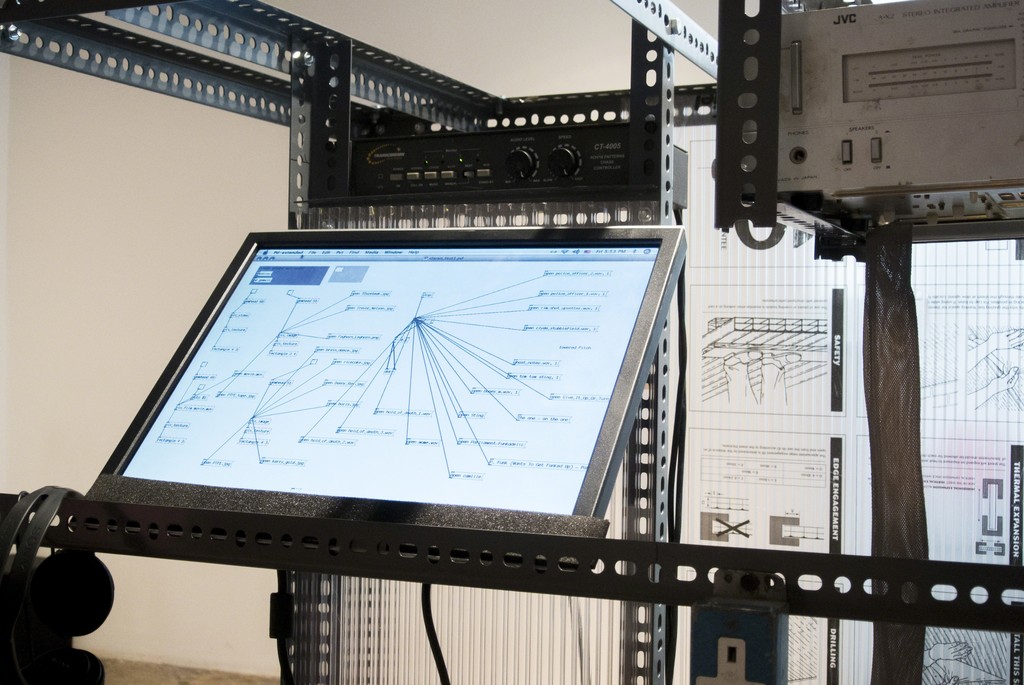 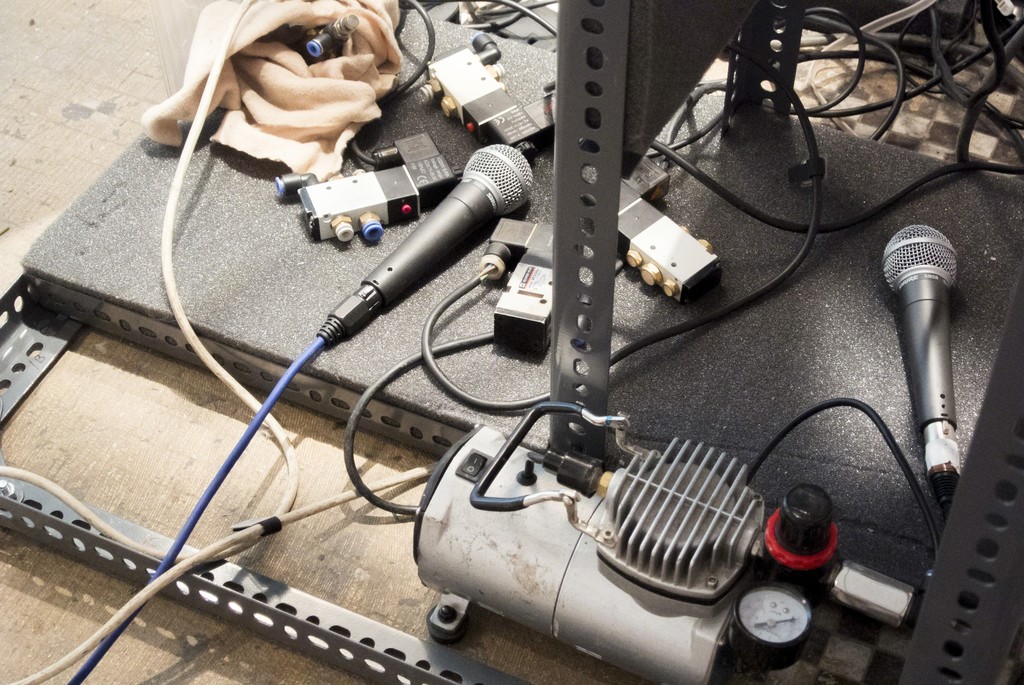 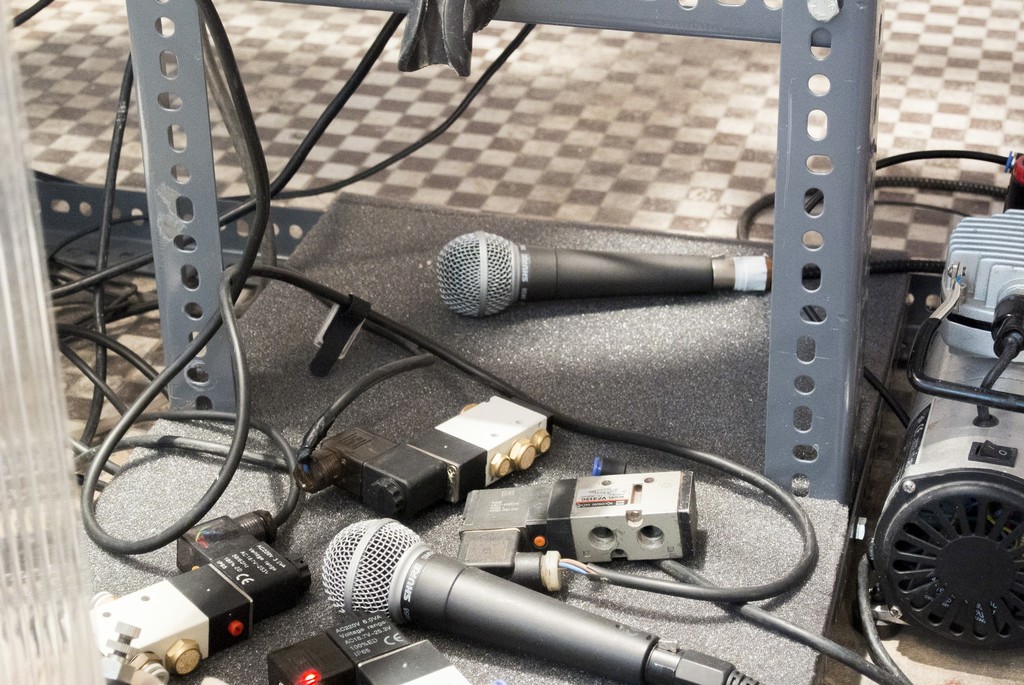 NURTUREart is pleased to present Upward Inflection, an exhibition of new work by Ciarán Ó Dochartaigh, in his first solo presentation in New York. On the occasion of the opening reception, Ó Dochartaigh presented a new performance piece in conjunction with this new body of work and featuring artist Susan Conte. An eBook collecting texts by Sophie Jung, Laura Morrison, Calvin Laing and Ciarán Ó Dochartaigh is available online.

Through its complicated systems and slightly alien mechanics, Ó Dochartaigh’s new work lends itself to a soft darkness. It taps into the excitement and naivety of the computer age. At the heart of his installation lies a machine that distances itself from familiarity, while still emanating intrinsically human qualities.

Upward Inflection, Ó Dochartaigh’s newest project, is rooted in an irrational fear of death, loneliness, memory decay and the forgotten. This gallery-wide installation takes its starting point from the mug shot of Danny Ray (aka “The Cape Man,” James Brown’s personal valet and master of ceremonies). An unnamed actor who specializes in improvisation activates Ray’s portrait delivering a monologue while flipping rhythmically between the role of the “Master of Ceremonies,” and the “Hype Man.” The script loosely explores the interpersonal politics and social structures inherent within the performer’s respective characters. Captured in his own environment, the actor was asked to film the sequence as a series of rehearsals in a budget hotel room, having been given access to the script with limited cues and props. The performer recounts his time spent with Patrick in climate control room 2, where he reminisces on the untimely death of smiley culture and the cultural legacy of Foghorn J Leghorn.

All the while we are left marooned in an environment made from a customized Dexion shelving/rack structure, simultaneously common and uncanny. This structural body houses a toolkit and lab, which seems to be keeping the rhythm to the actor’s performance.

On the occasion of the opening reception, Ó Dochartaigh will also present a new performance piece in conjunction with this new body of work and featuring artist Susan Conte. An eBook collecting texts by Sophie Jung, Laura Morrison, Calvin Laing and Ciarán Ó Dochartaigh will also be online by the date of the exhibition opening (see below).