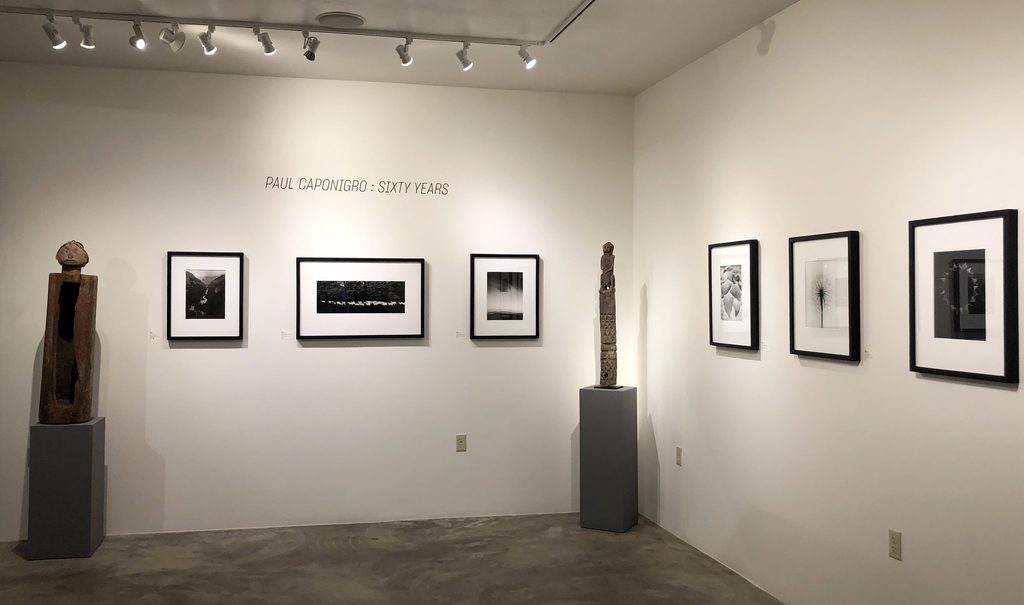 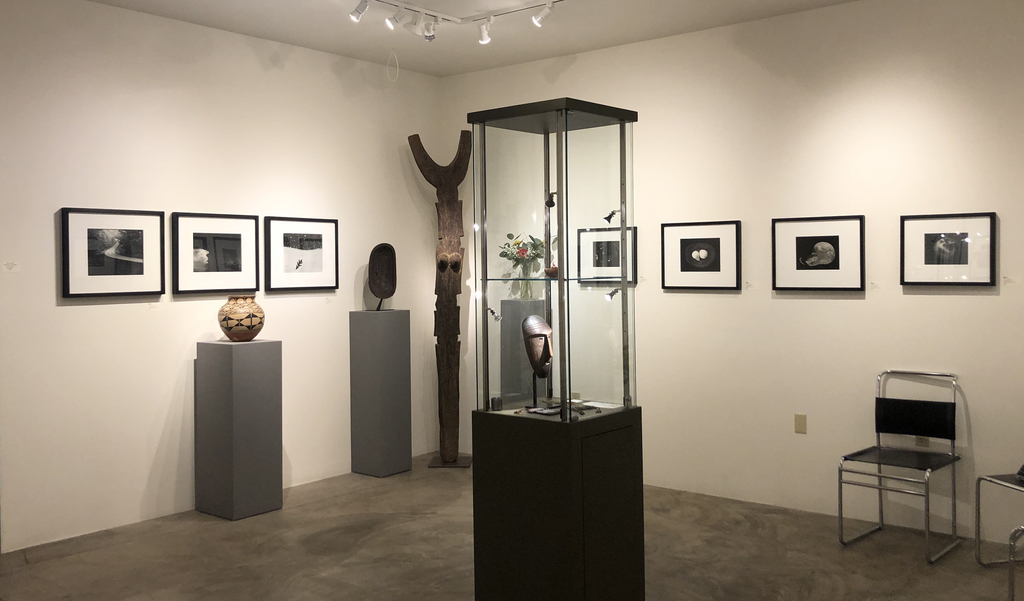 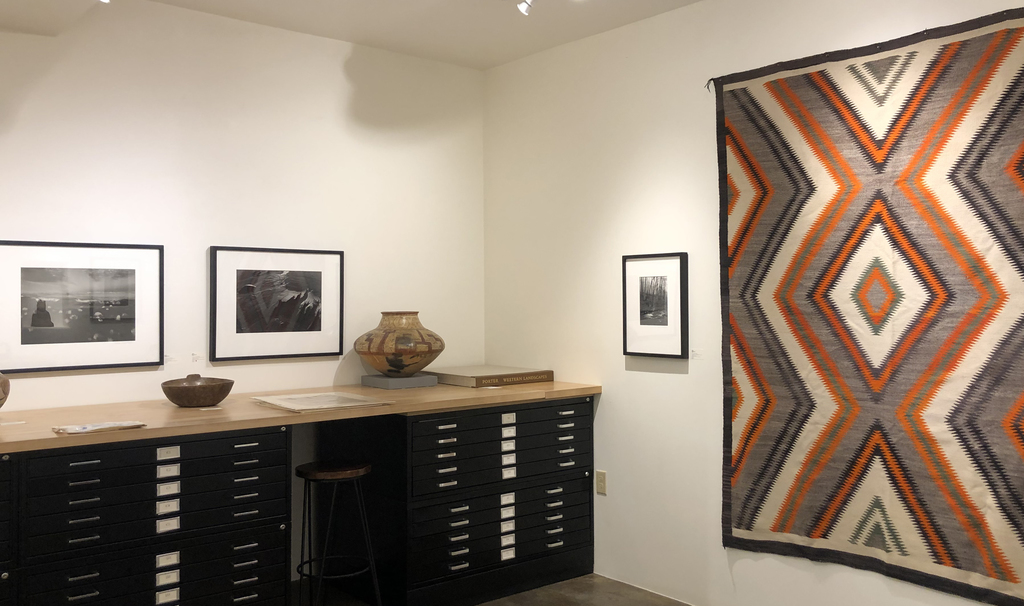 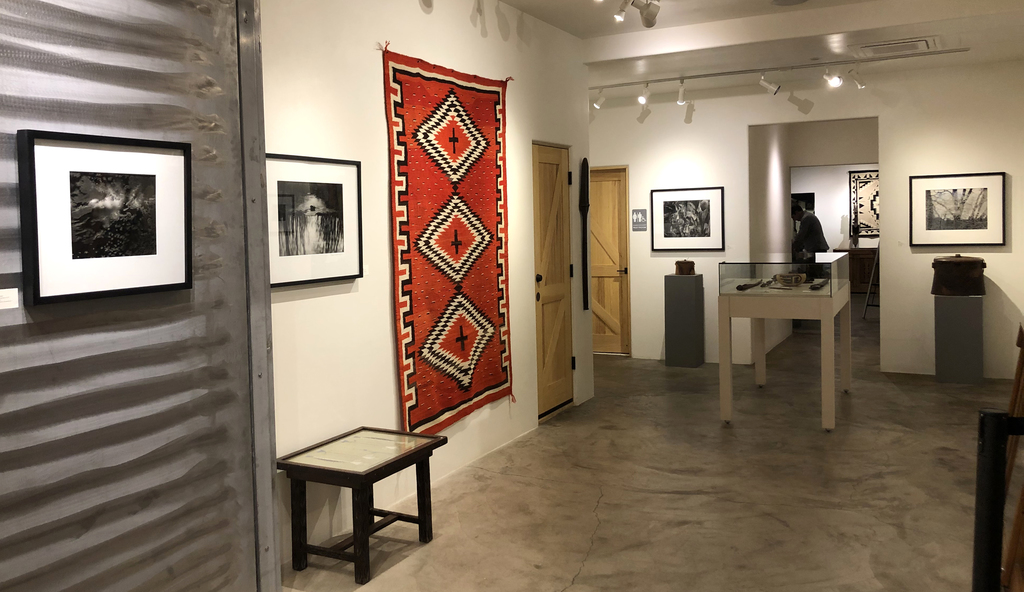 Paul Caponigro was born in Boston in 1932 and spent a good portion of his young life in the creative arts. At the age at age of thirteen he became interested in photography, while also developing a strong passion for music. At the age of 18, he studied at the Boston University College of Music before deciding to focus on photography on the opposite coast at the California School of Fine Art, where Ansel Adams had established one of the first photography programs in the United States. Despite this shift from music to photography early in his artistic career, Caponigro remains a dedicated piano player who believes that his musical training and insight influences his photographic imagery. When asked in what way, he replied, “The patterns of the frost on a window give me the same feeling as musical notes when played on the piano…to this day my images of frost on windows continue to be my favorites for this reason.” One of the earliest prints we have in the exhibition is of frost on a window taken in 1957 in Ipswich, Massachusetts and reflects the emotion Paul speaks of.

Caponigro is best known for spiritual renditions that occur in natural forms, landscapes, and still lifes. His thirst for majestic subject matter has taken him to Stonehenge and other Celtic megaliths of England and Ireland; the temples, shrines and sacred gardens of Japan; the deep mystical woodlands of New England, and the coastal and grand landscapes of California.

It was the U.S. Army that brought Caponigro to California, Arizona, and then New Mexico, where he eventually landed for nearly 20 years. Photographer friends such as Bill Clift, an early student of Caponigro’s and Ed Ranney both spread the good word of Northern New Mexico and finally Paul made the move in 1974. When asked about this time in his life he explains that New Mexico stands out among all the places he’s lived, and he would still be here today if it weren’t for the altitude which had a strong effect on his health, which is what led him back to Maine in 1992 to raise his son, and where he has resided since.

Paul Caponigro had his first solo exhibition at the George Eastman House in 1958 and his work has been shown in countless exhibitions throughout the United States and abroad. Throughout the 1960’s he was a part-time teacher at Boston University while consulting on various technical research projects with the Polaroid Corporation. He has received two Guggenheim Fellowships and three National Endowment for the Arts (NEA) grants. In recognition of a career spanning nearly seventy years and a sustained, significant contribution to the art of photography, Caponigro was awarded The Royal Photographic Society’s Centenary Medal and Honorary Fellowship in 2001.

When Obscura inquired with the artist to speak about his work for this exhibition, he eventually led into one of the most profound experiences he had that would change his life forever. Paul was living in California and had a severe fall off his back porch that dropped down off a cliff where he landed so hard onto granite rocks, that he did much internal damage to his body. When he speaks of this, his voice changes, almost excitedly, and he proceeds to talk about how he spent several days in the hospital in a near death experience where he was ultimately gifted life again. He speaks of the experience as not only profound for his recovery, but for his spiritual existence on this planet ever since. When asked if he thinks this experience changed the way he saw the world through his photography, he answered no, he never saw a difference in his work from before to after. And after only needing to contemplate this as nearly as quickly as we asked the question, neither do we.

When looking through all the decades of work we have in the exhibition, there is such a consistent thread that runs throughout this master photographer’s vision that one would be hard-pressed to find a change. Perhaps what makes Paul Caponigro such a master of the medium is how he can find beauty in sometimes simple, modest subject matter, how he can capture it both through the lens and in the meticulous fine printing of the black and white gelatin silver prints, and how the end result elevates its subject to such regal stature. It only proves that Paul always was, and continues to be, one of the major contributors to the history of photography for his profound way of interpreting the beauty around him for all of us to revel in. All that ran through my mind when he told me of this major experience was, aren't we, his viewers, lucky that he came back from that accident to continue giving us this incredible artistic gift?