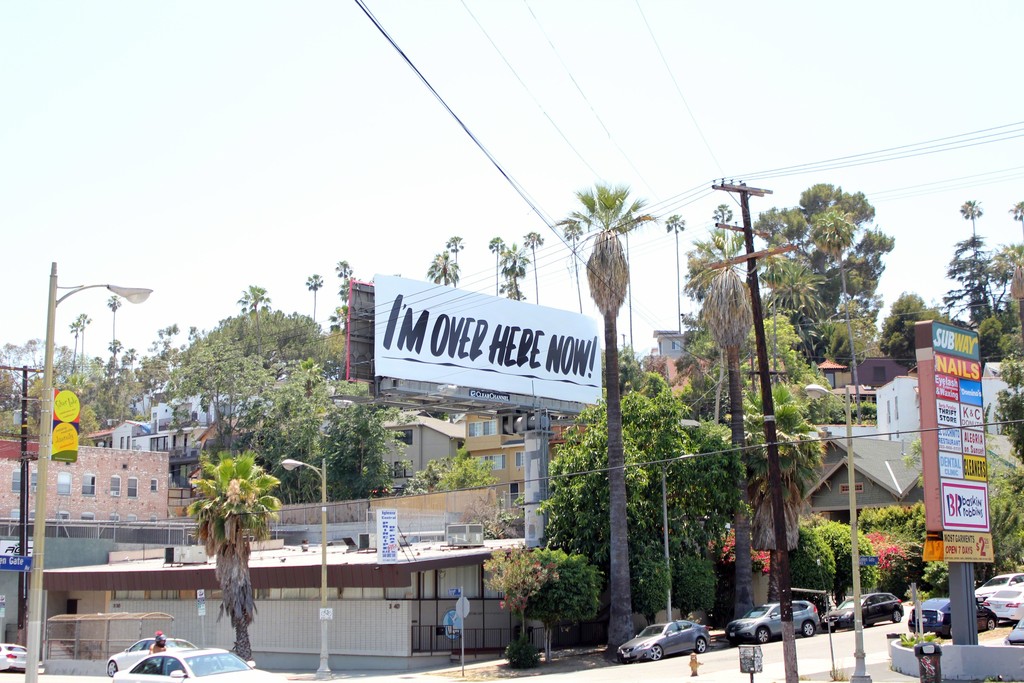 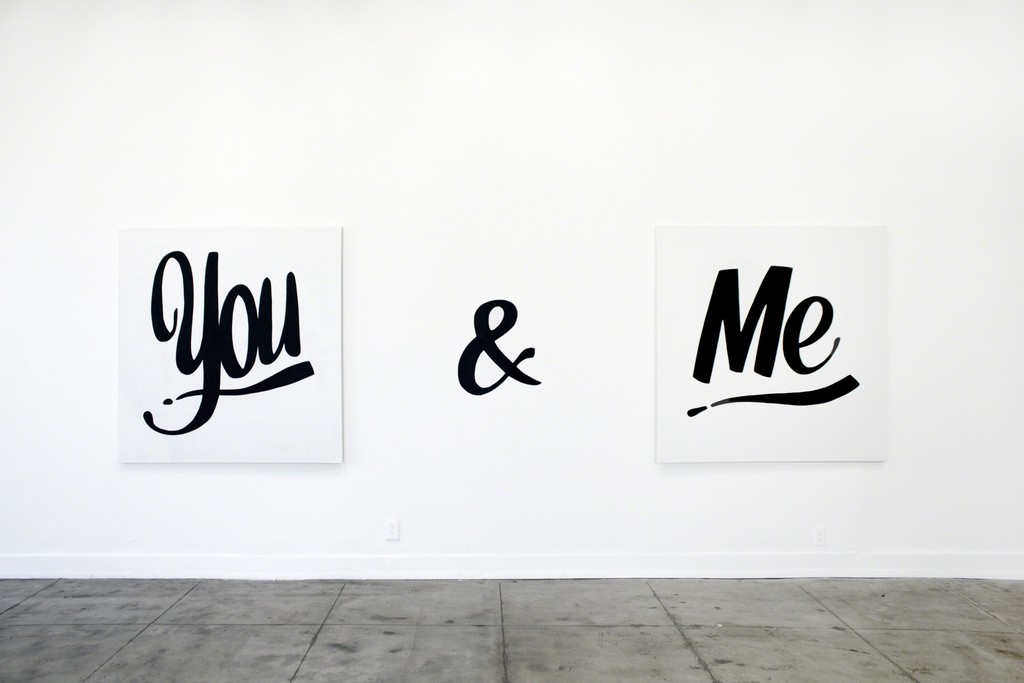 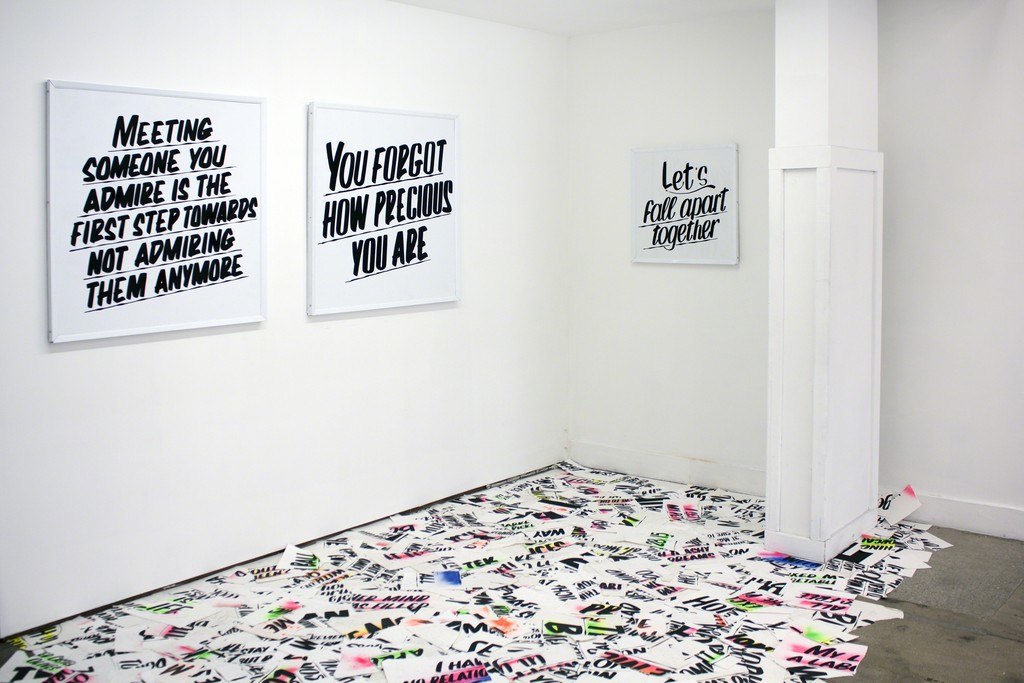 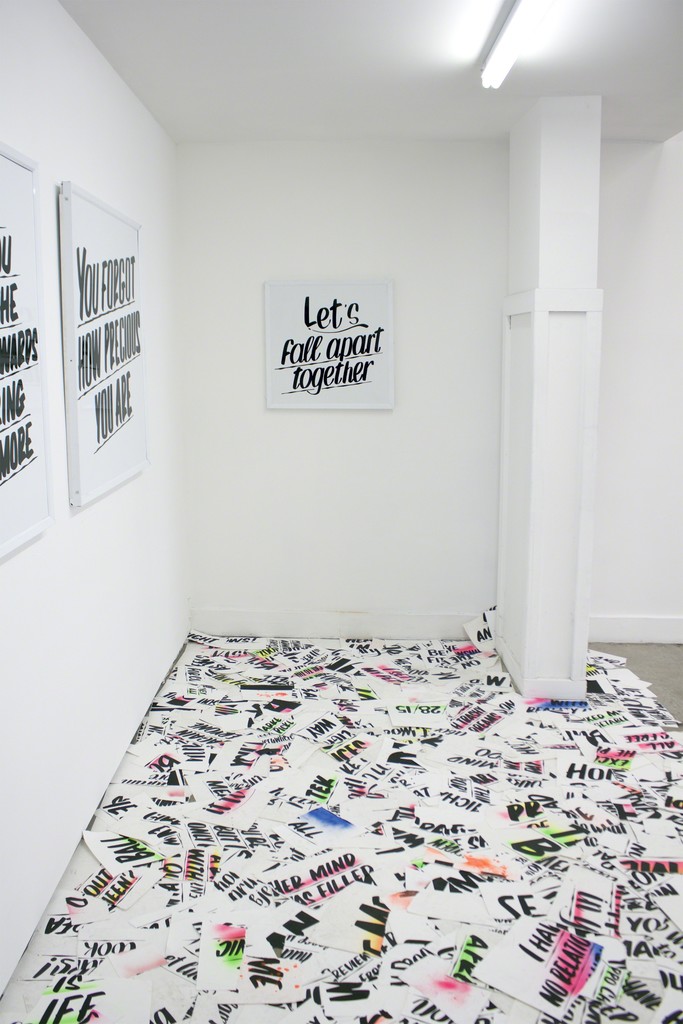 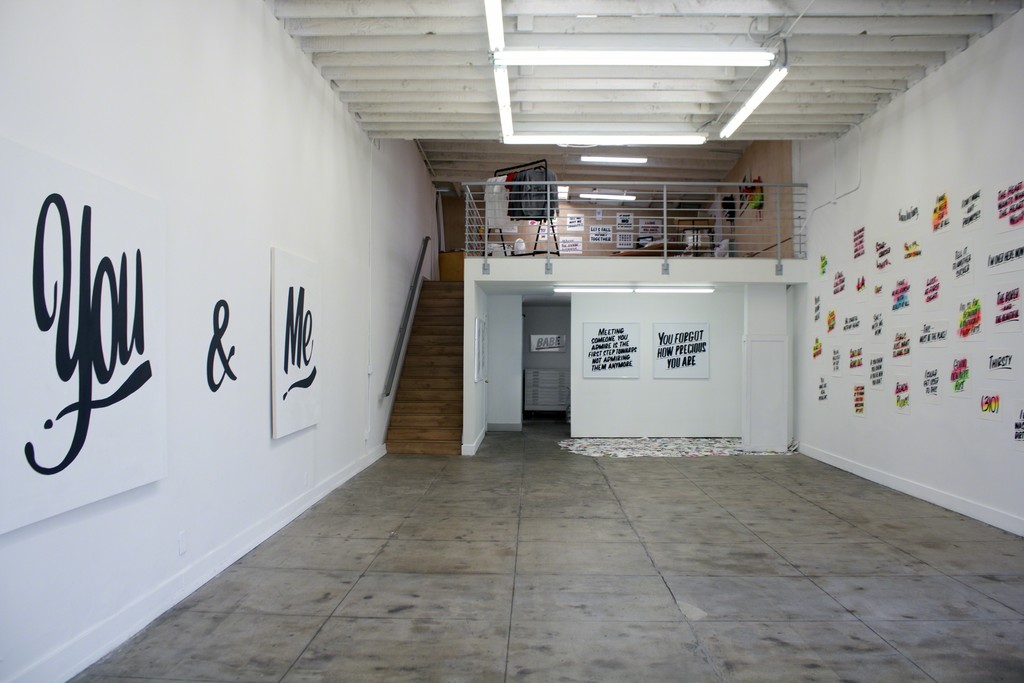 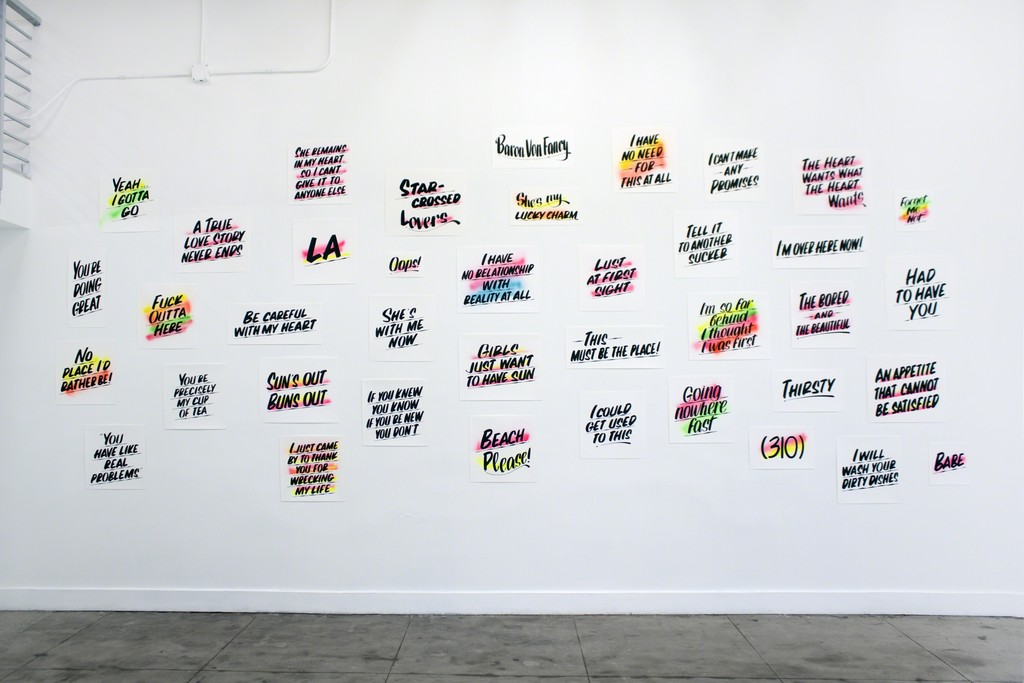 Ochi Projects is pleased to present I’m Over Here Now, a solo exhibition featuring Baron Von Fancy (aka Gordon Stevenson). The exhibition is on view from June 25th through July 30th with an opening reception Saturday, June 25th from 6-9 pm.

Over the years the name Baron Von Fancy has become synonymous with a stylized lettering and a clever sense of humor. Interested in activating relationships between words, objects and places Von Fancy explores the nature of communication by expressing his short and declarative statements via a recognizable font reminiscent of vintage ad signage. Often bordering on cliché and always witty, Von Fancy invites viewers to re-evaluate their understanding of any given context, or any given phrase.

New Yorkers have come to know him through his billboards, which he continuously posts around the city, often punning on a given place or situation. “Run Away With Me” was positioned at mile 13 during the New York Marathon and “Never Not Working” reminded onlookers of the daily hustle in the city that never sleeps. Von Fancy extends the same sense of playful sensibility with words to objects. For example, he emblazoned “Sew Fancy” on a sewing kit, “A Better Place is Hard to Find” on a doormat, and “The Thirst is Real” on a water bottle. Like any good pun the associations are obvious, and yet Von Fancy still manages to make the viewer feel like he is part of an inside joke.

Interested in the proliferation of images, messages and meanings Von Fancy has eagerly collaborated with brands all over the world to produce apparel and objects. Titling his first solo exhibition in Los Angeles, I’m Over Here Now, plays with this notion of mass appeal, but also with the fact that the artist has jumped coasts, arriving for his first solo show in Los Angeles, which features a selection of paintings on found metal signs, a collection of works on canvas and paper, and a series of objects.