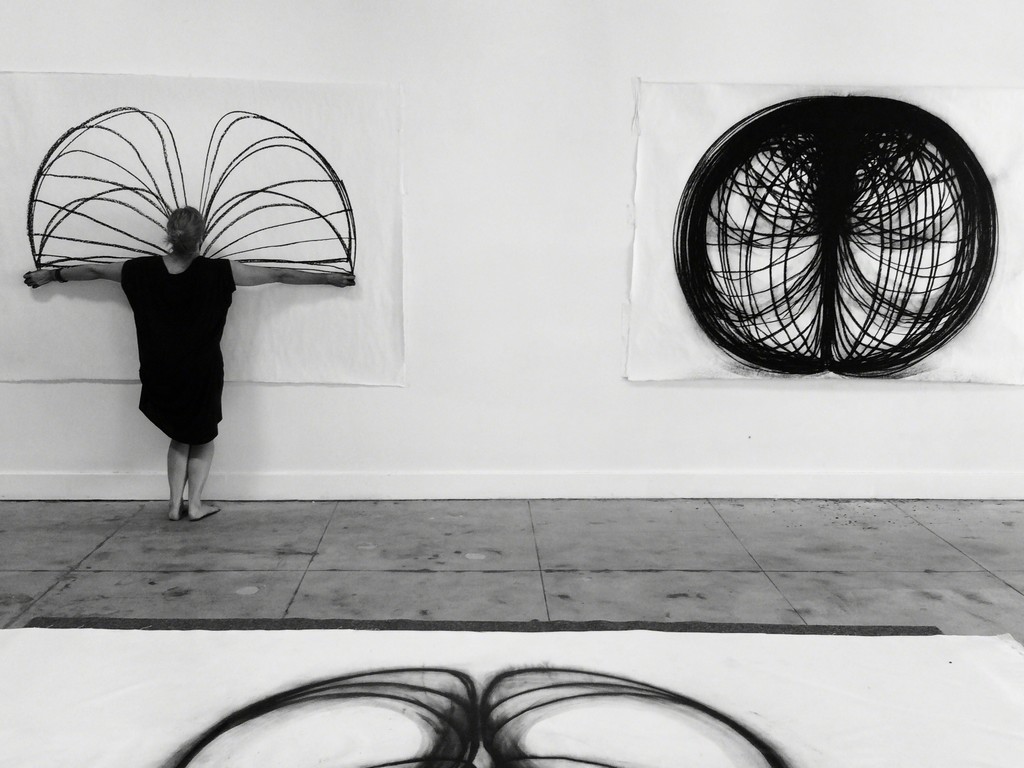 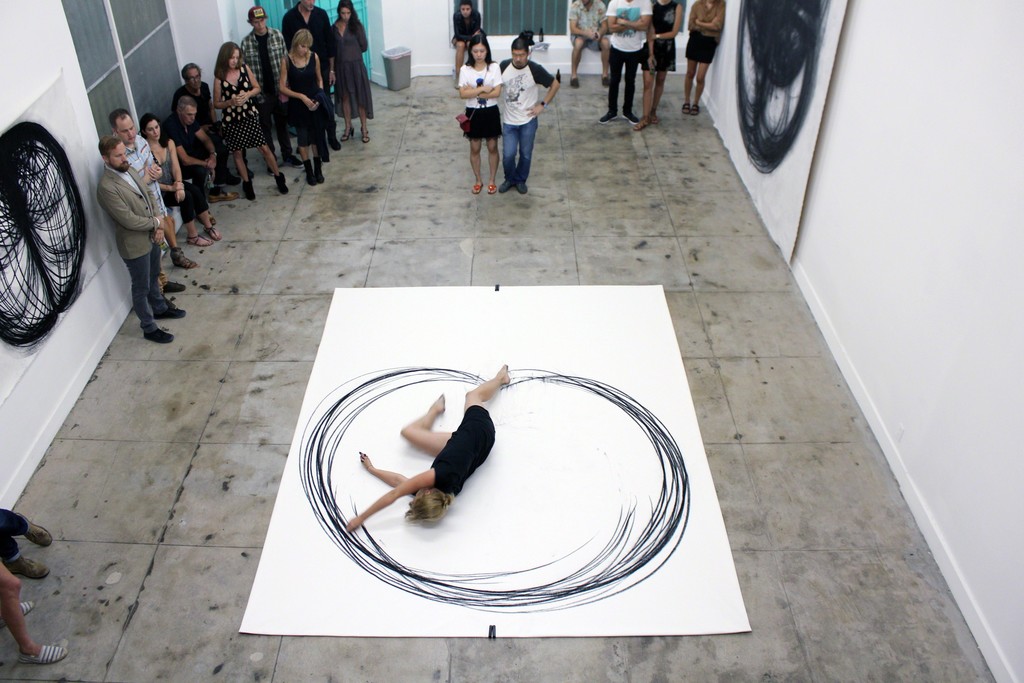 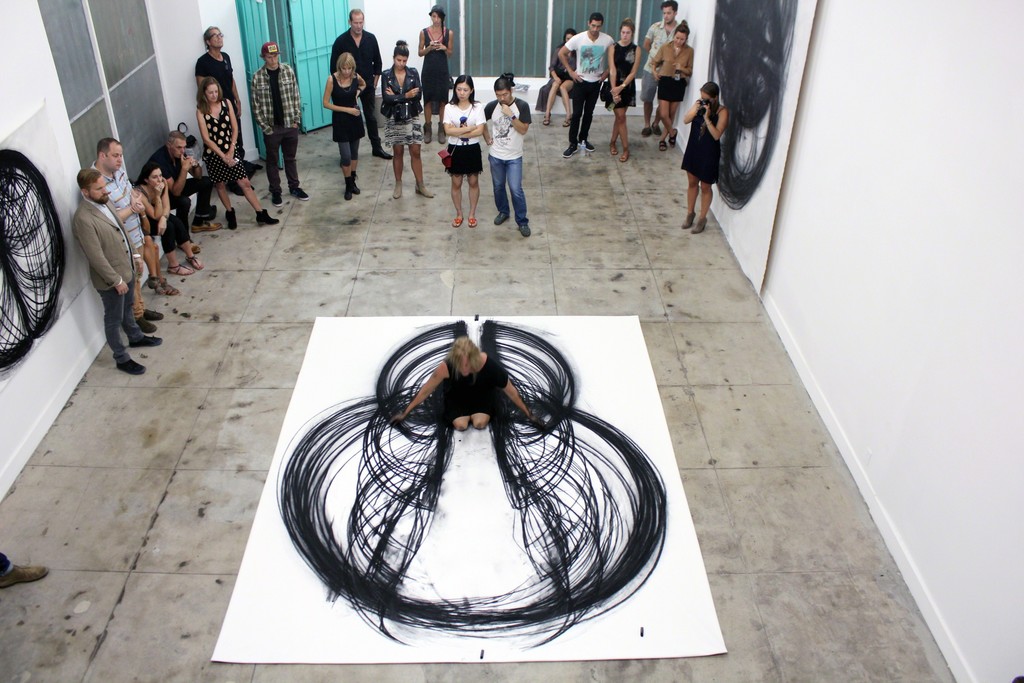 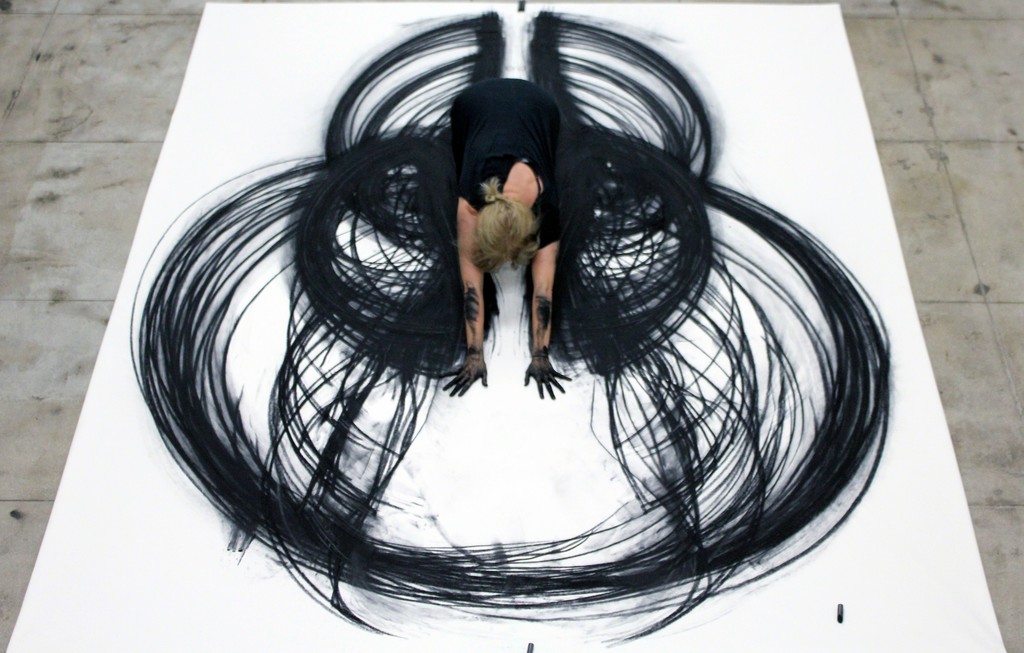 A dancer and visual artist, Hansen has always been interested in the physicality and performative aspects of making art. She spent the past several years experimenting with ways to align movement with mark making—blurring the lines between performance, drawing and dance.

If Hansen made her works exclusively in the studio, behind closed doors, we would simply call them large-scale drawings. They would be no less impressive, as they are enticing in scale and formally engaging. Instead Hansen works in front of an audience, or a camera, bringing an earnest candor to the results and making them as much about the act of creating as the creation itself. The public aspect to Hansen’s practice seems uniquely honest and it ultimately imbues the final drawings with an immediacy that is ineffable and compelling.

Hansen’s works also possess a bodily sense that is definitively female. Formally, the shapes resulting from Hansen’s movements are round, soft and seem to relate to a corporal interior space. Highly seductive, the performances define this femininity and Hansen’s awareness of it. As a dancer Hansen knows how movement brings focus to the body, and that her movements, captured in charcoal or pastel, feel larger than life, becoming a persuasive substantiation of her body and its potential.

Beyond their femininity, knowing Hansen consciously moved with the intent to create not only a fluid mark, but also a graceful movement, gives her drawings an endearing sense of humanity. The imperfections in the lines and shapes are evidence of the human hand and they capture the spontaneity, exuberance and force of movement and its inherent energy in a way that is deeply powerful and poetic.