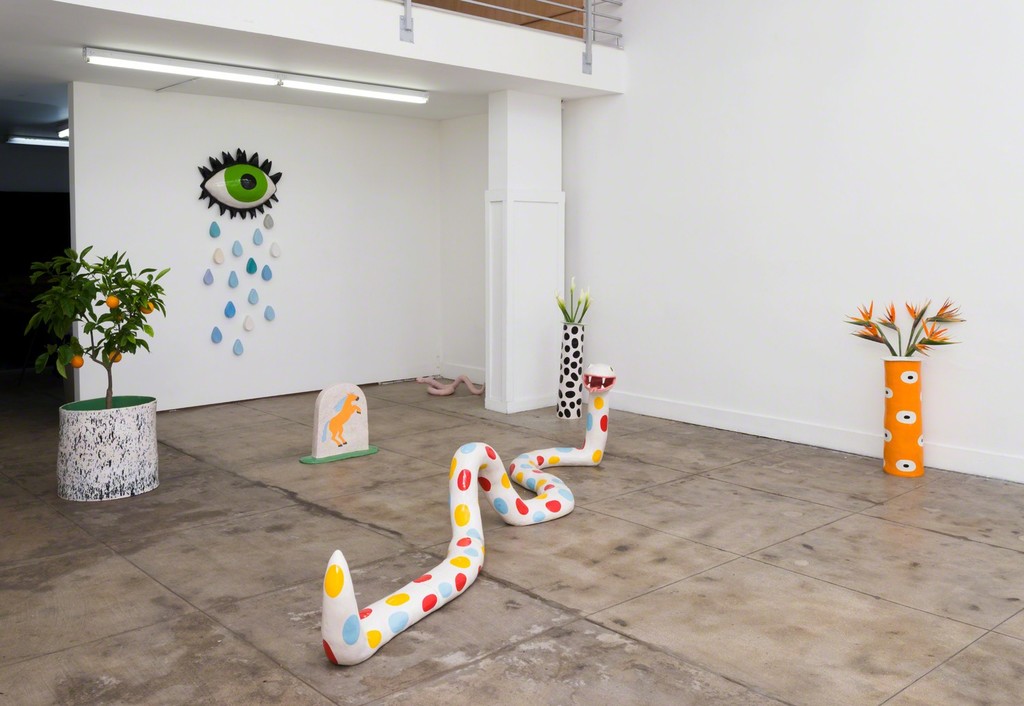 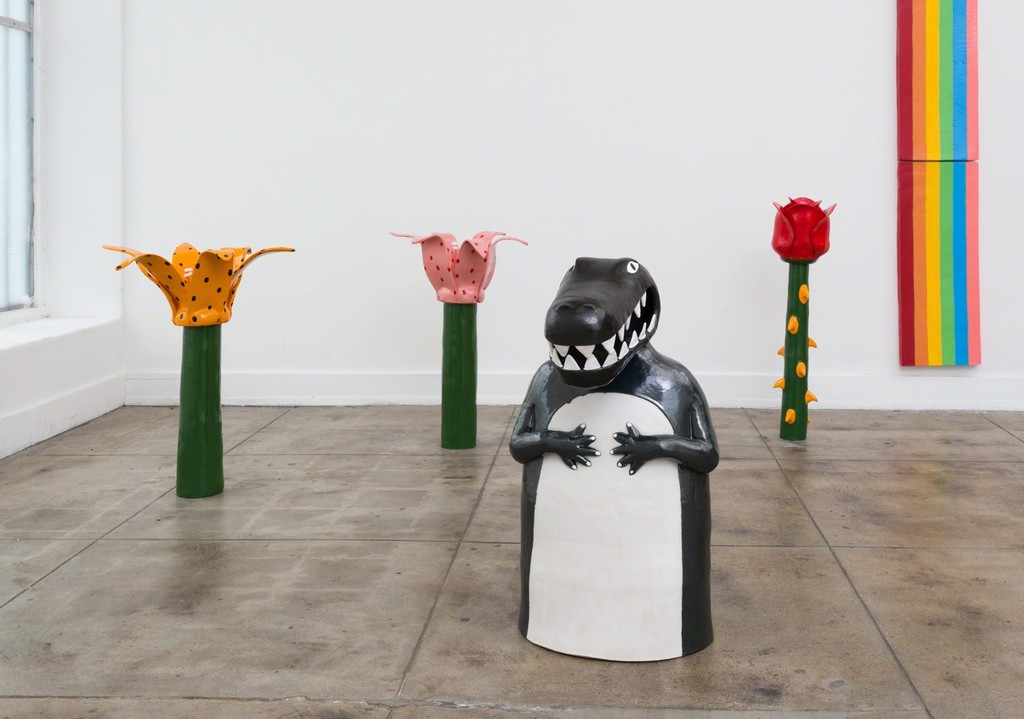 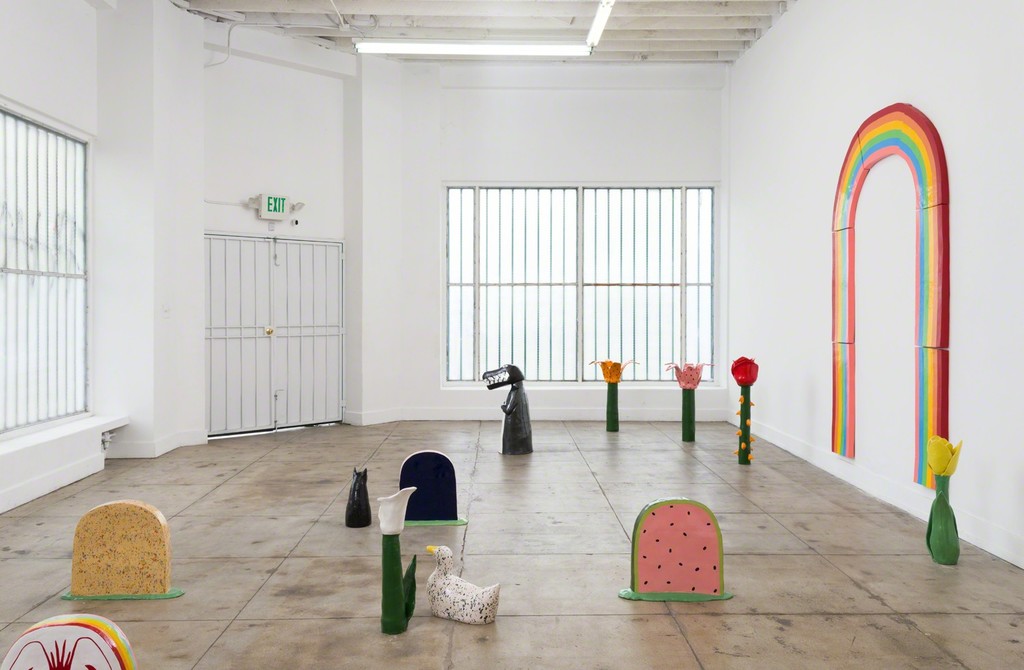 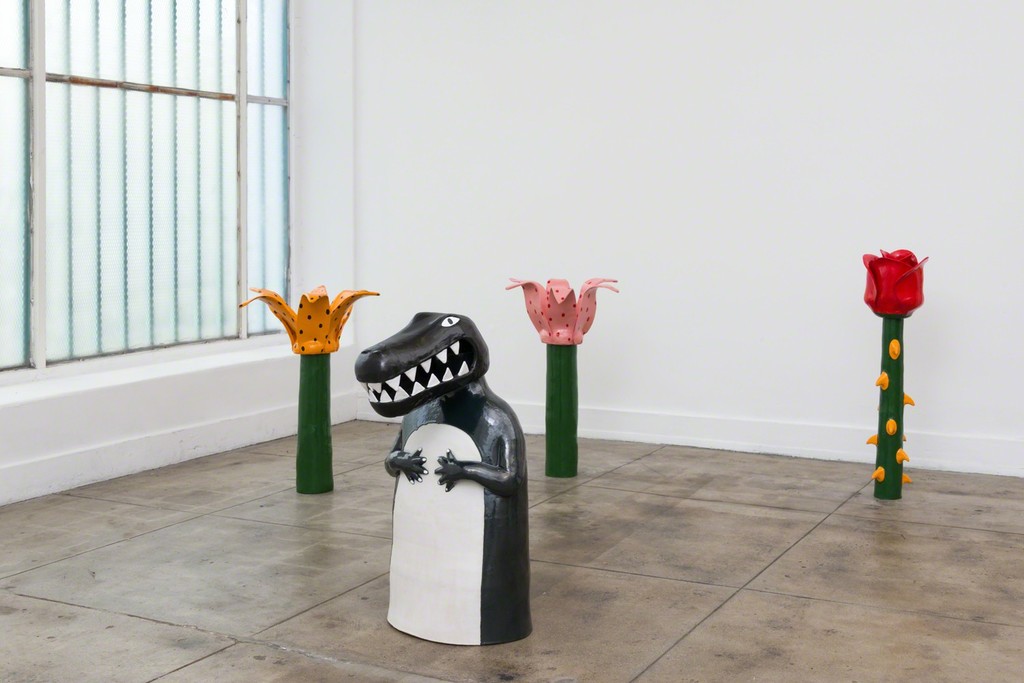 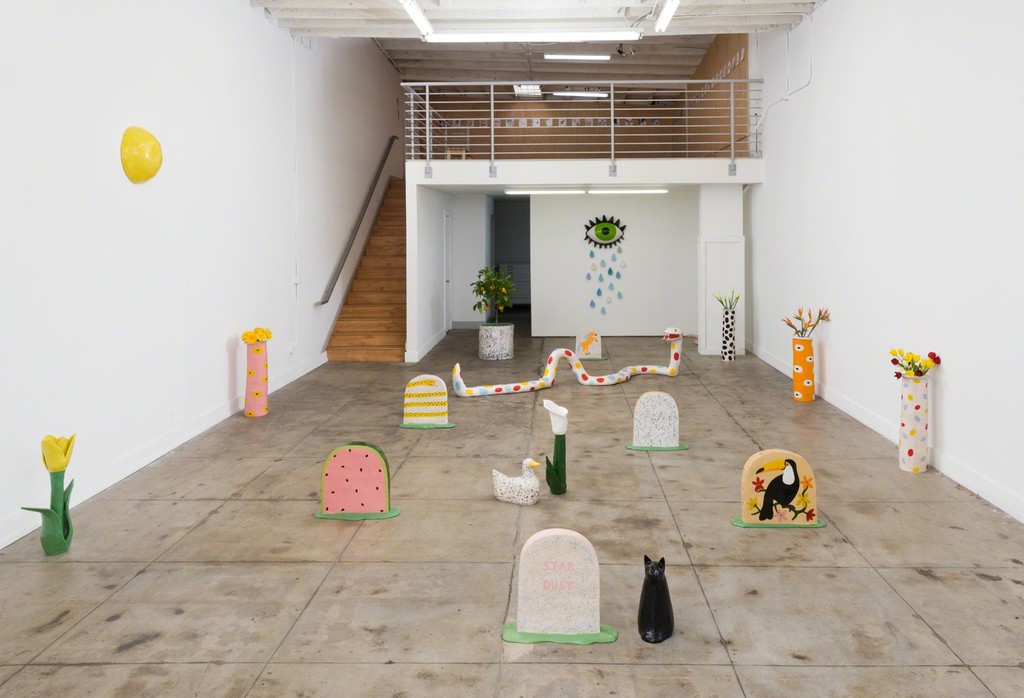 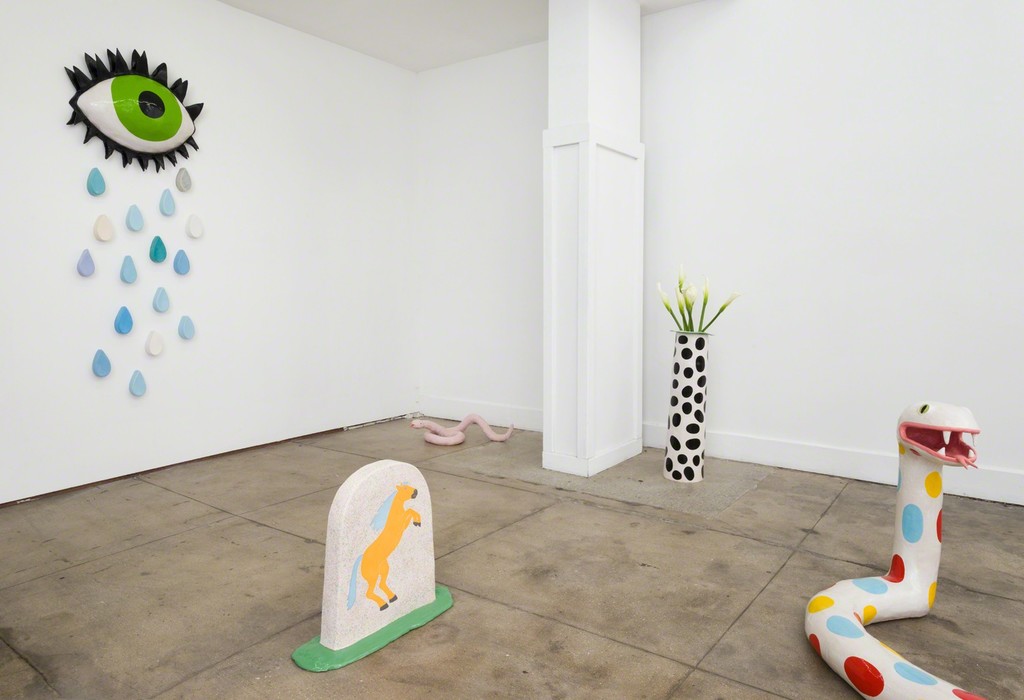 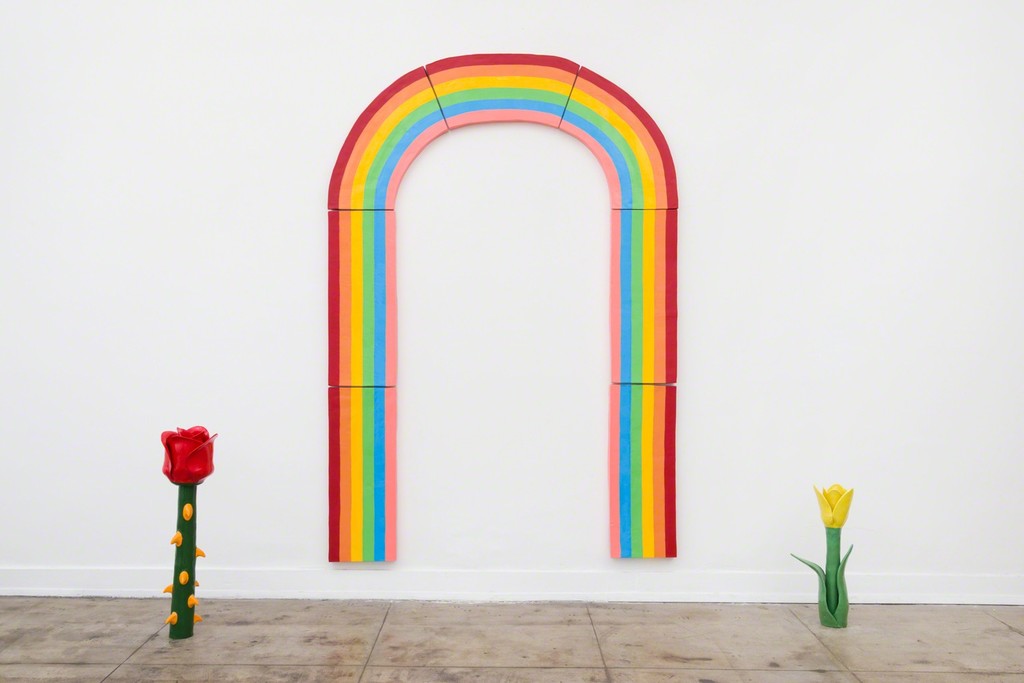 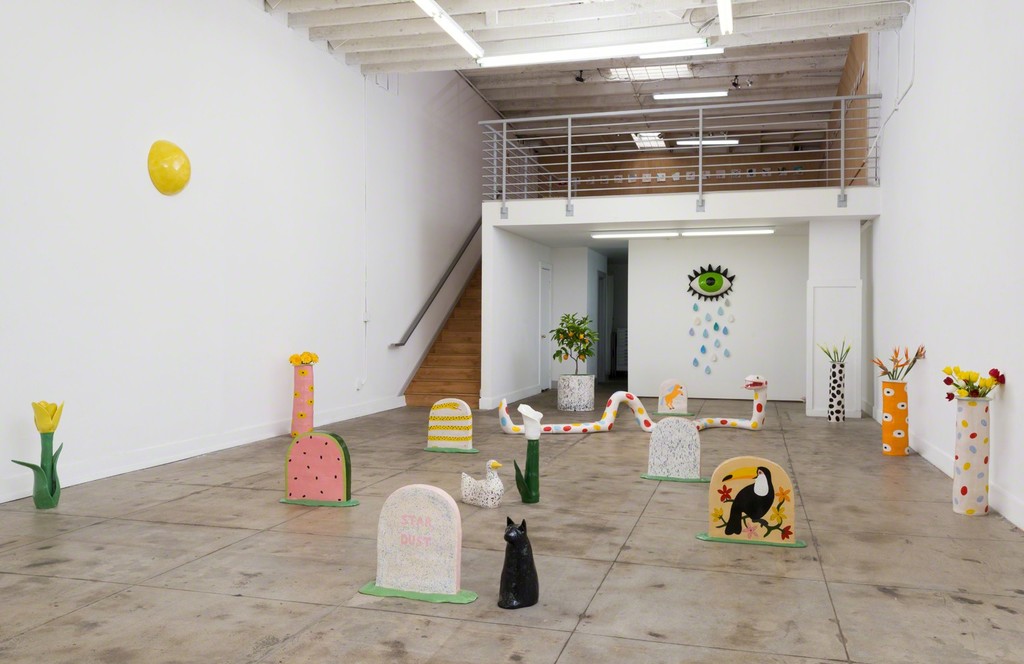 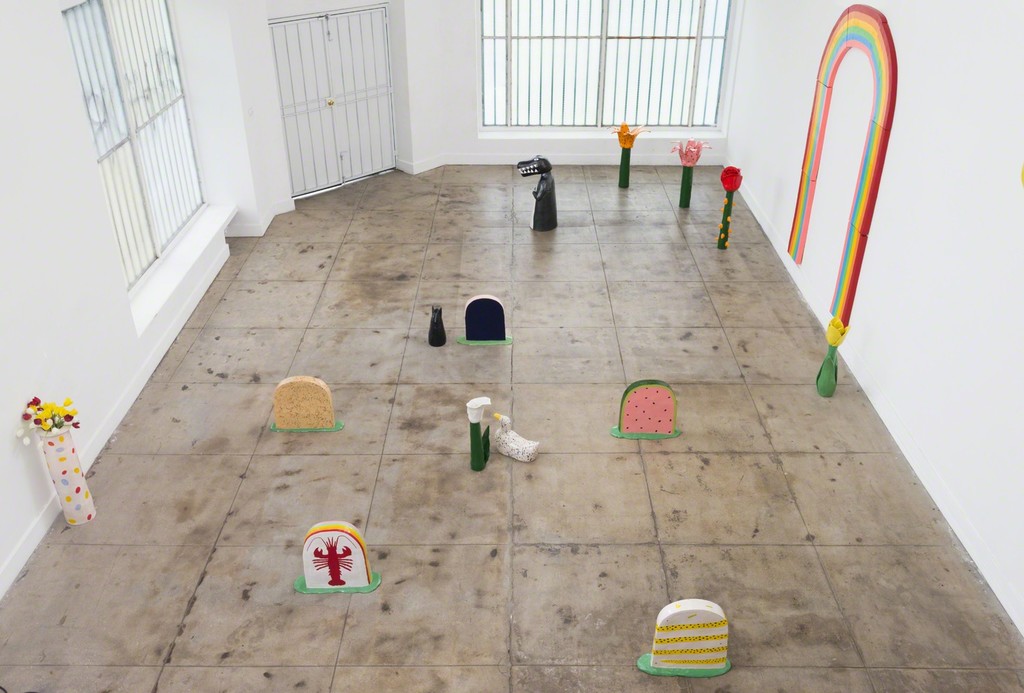 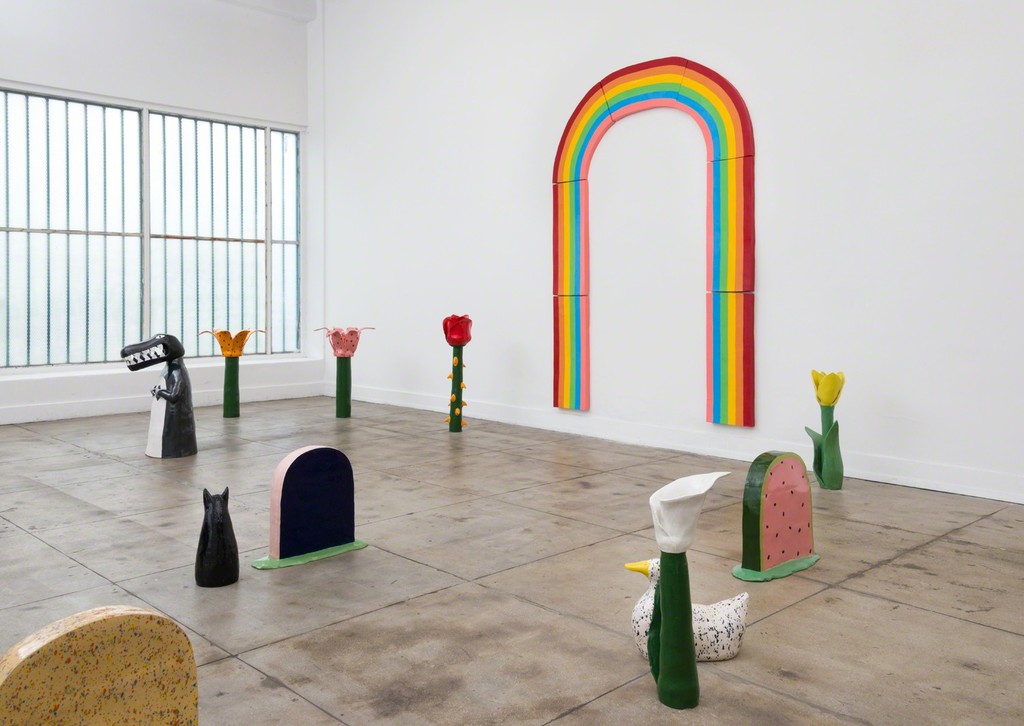 For Stardust, Lorien Stern transforms the gallery into a supernatural graveyard. Her brightly
patterned ceramic animal sculptures act as shrines for spirits to incarnate and serve as
safeguards—offering soul protection to those passing through Stern’s experiential world. A
place meant for great comfort and contentment, the graveyard becomes a vibrant place for
celebrating past lives, memory, and rebirth.
In Stardust, Stern melds her own personal mythologies with other theological beliefs to allow for
multiple meanings to surface. A rainbow for example, a symbol of miraculous hope and
blessings for so many, to Stern, doubles as an expressive frown; which not by coincidence,
bears another clever likeness to the shape of Stern’s tombstones.
Even the exhibition’s title, Stardust, has its own connotation for Stern. The word stern in
German means star, and dust is reminiscent of the sediment in clay-- Stern’s preferred medium,
which coincidentally, “could have served as molecular molds that incorporated life's building
blocks”* after the Big Bang. One tombstone in the exhibition reads, “STAR DUST,” and
intricately glazed on the other side, a star map. No, not a star map of Hollywood, but one from
our universe.
This ambiguity fuels Stern as she creates work embodying various narratives while still
maintaining a cheerful, welcoming place to contemplate the meaning of life.