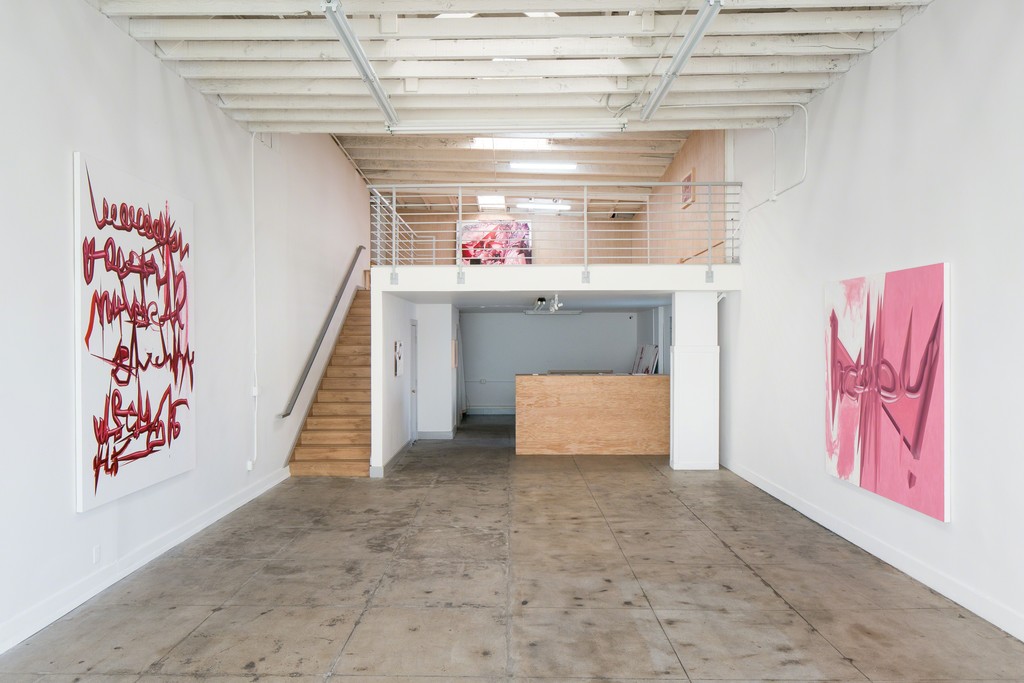 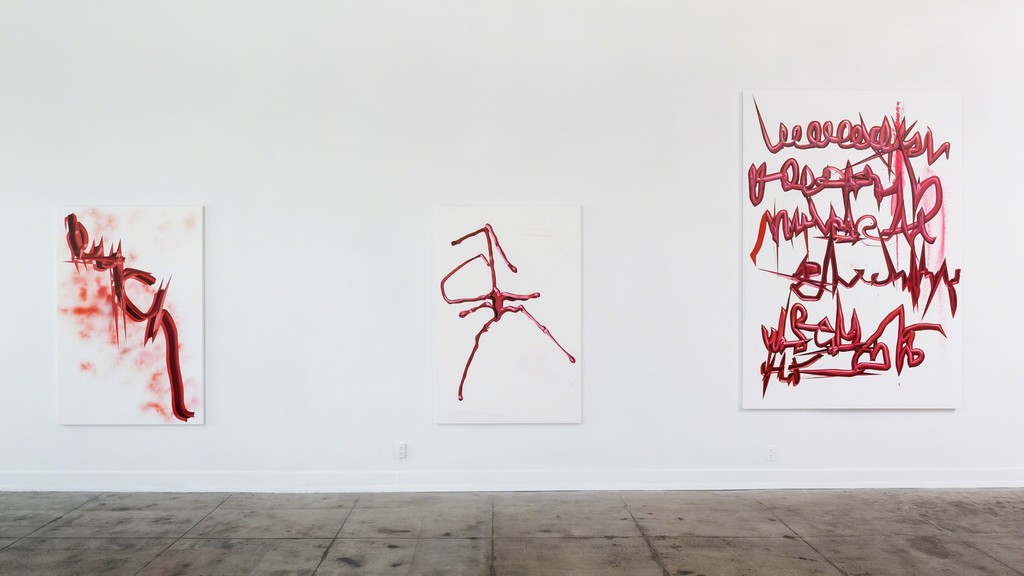 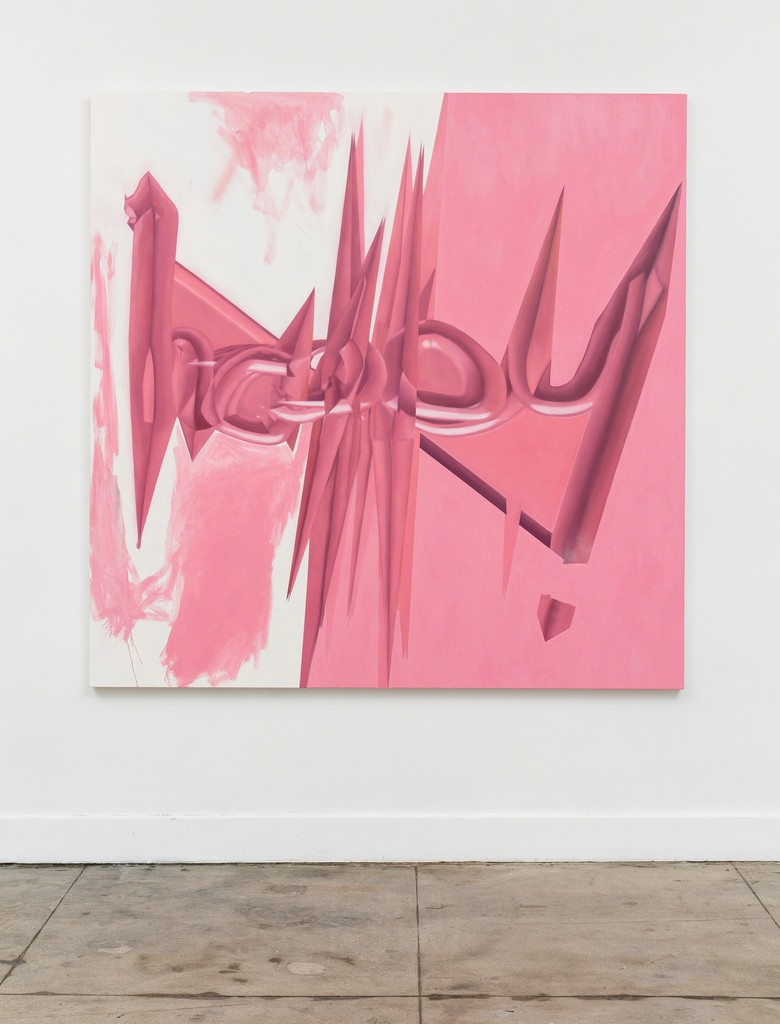 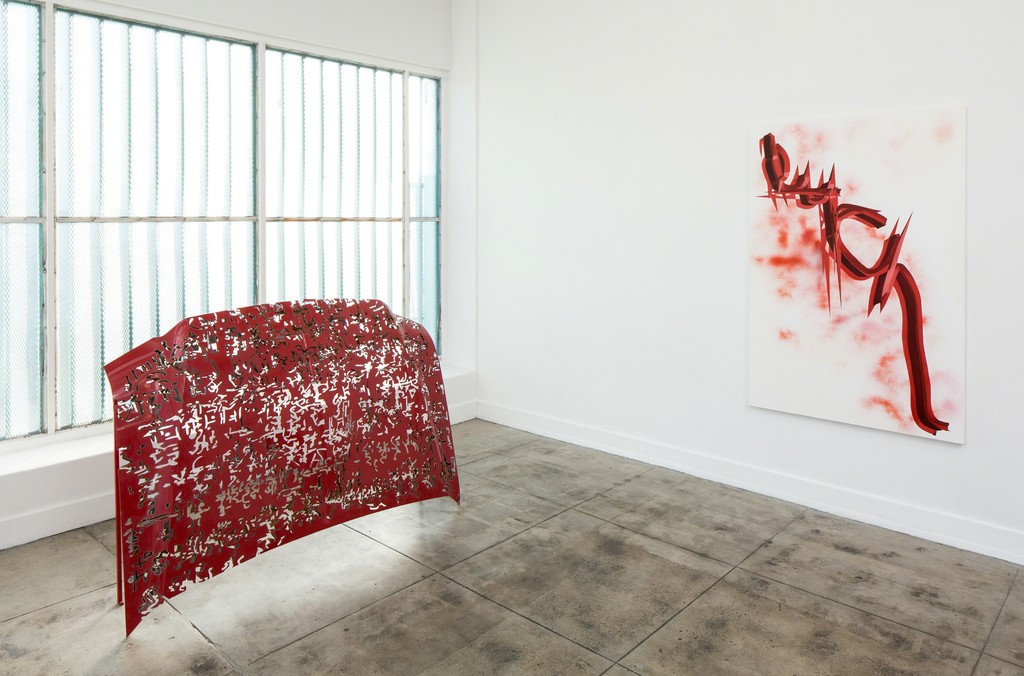 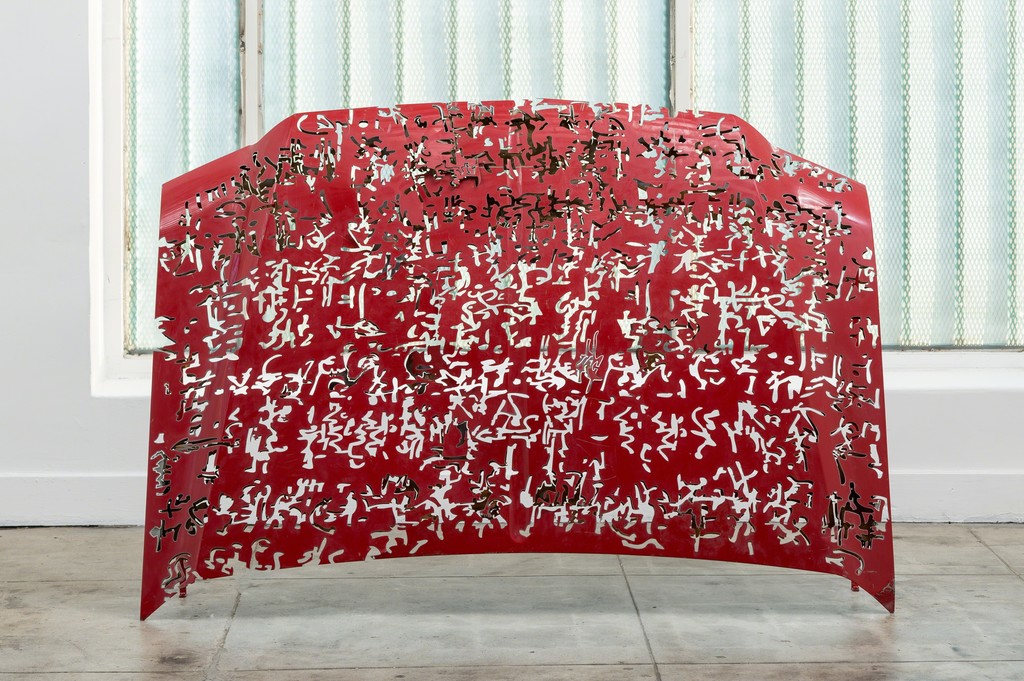 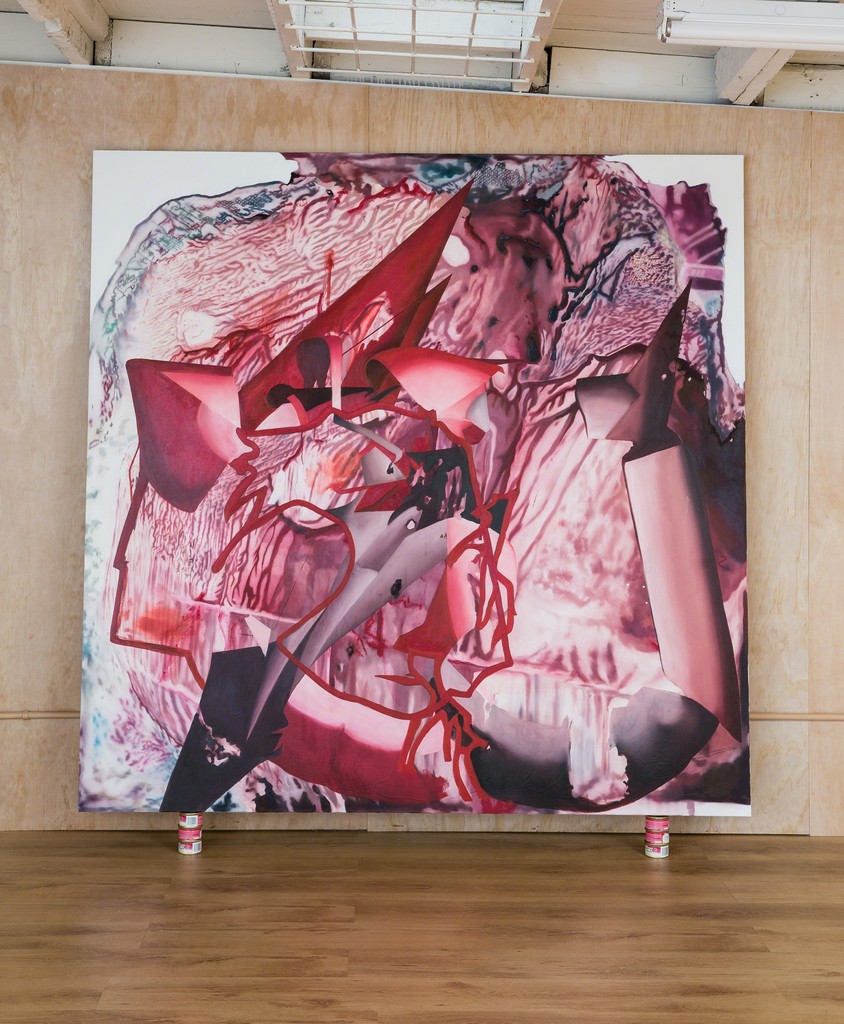 For the better half of last year Rives Granade did not make any art. He spent his days working full-time in a wood shop, reading poetry and designing furniture and lighting for a mid-century modern home he and his wife purchased. When he finally did get back to the studio it was the re-discovery of an old drawing he made in art school that led him to his latest body of work, which is ultimately a synthesis of his interest in architecture, design and writing. Granade arrives at an image using the computer as a tool to manipulate language and characters into forms that defy the logical rules of space. He then slows down the computer’s process by painstakingly re-painting the machine-generated images. In doing so, it becomes clear how much the mind wants to formulate meaning, specifically to locate language in line, and how fluid the architecture of text can be.

Existing between sense and nonsense, Granade’s paintings feel otherworldly, archaic, or maybe instead, futuristic. Visually they combine graffiti, hard-edge abstraction, and the physicality of a Chaim Soutine beef painting all presented in a saturated version of Phillip Guston’s palate. The results are a sexy kind of organic realism that is at once corporeal and synthetic. Conceptually they lean on the work of the Pop artists, exploring how signs and symbols, or rather in Granade’s case, forms that almost look like signs or symbols, convey meaning. Despite the multitude of art historical and cultural references Granade’s paintings nevertheless feel quite unique, unusual and ultimately of a vernacular all their own.

Rives Granade earned a BA in philosophy from Washington and Lee University, Lexington, VA (2002), and an MFA from The San Francisco Art Institute (2008). The artist has recently shown work at Gallery Lara, Tokyo, Japan (2014), The Underground Museum, Los Angeles (2014), and Marine Projects, Venice, CA (2014). This is the artist’s first solo show in Los Angeles.