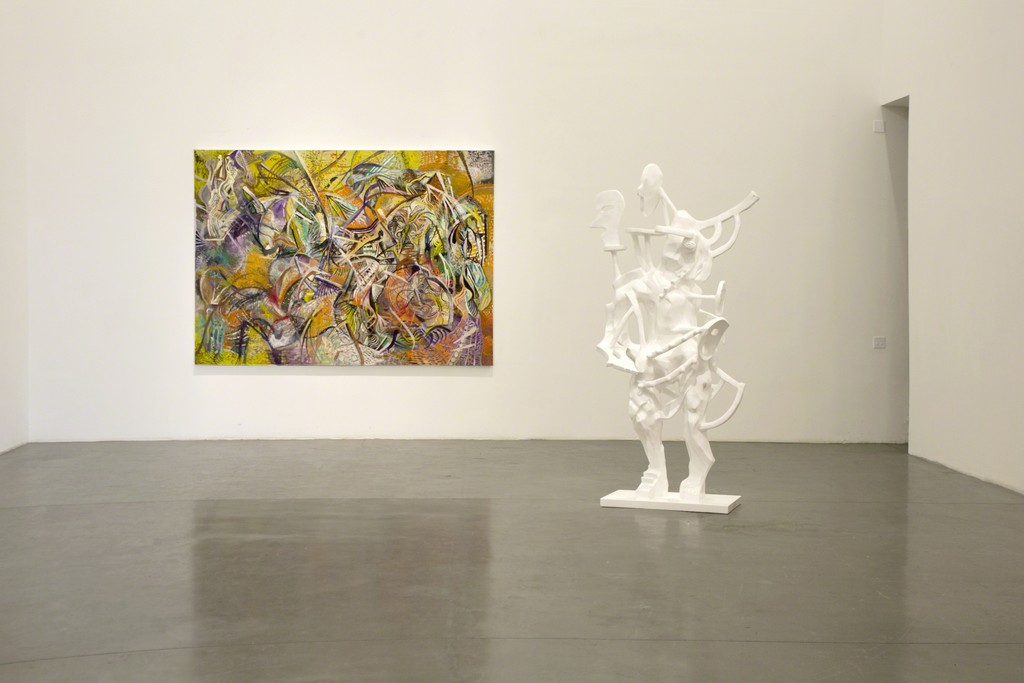 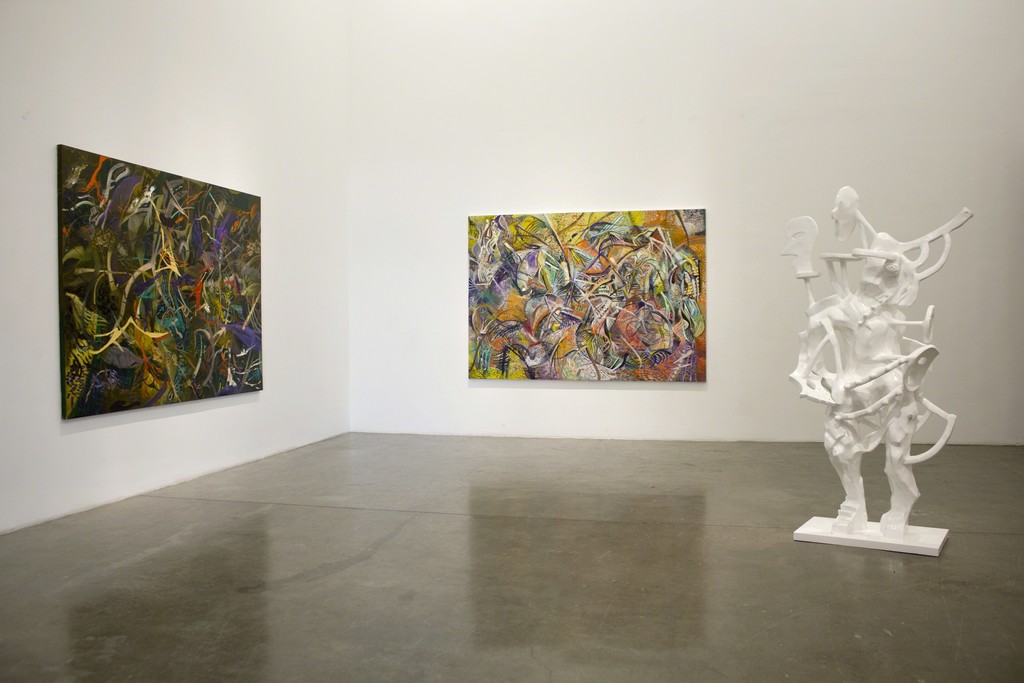 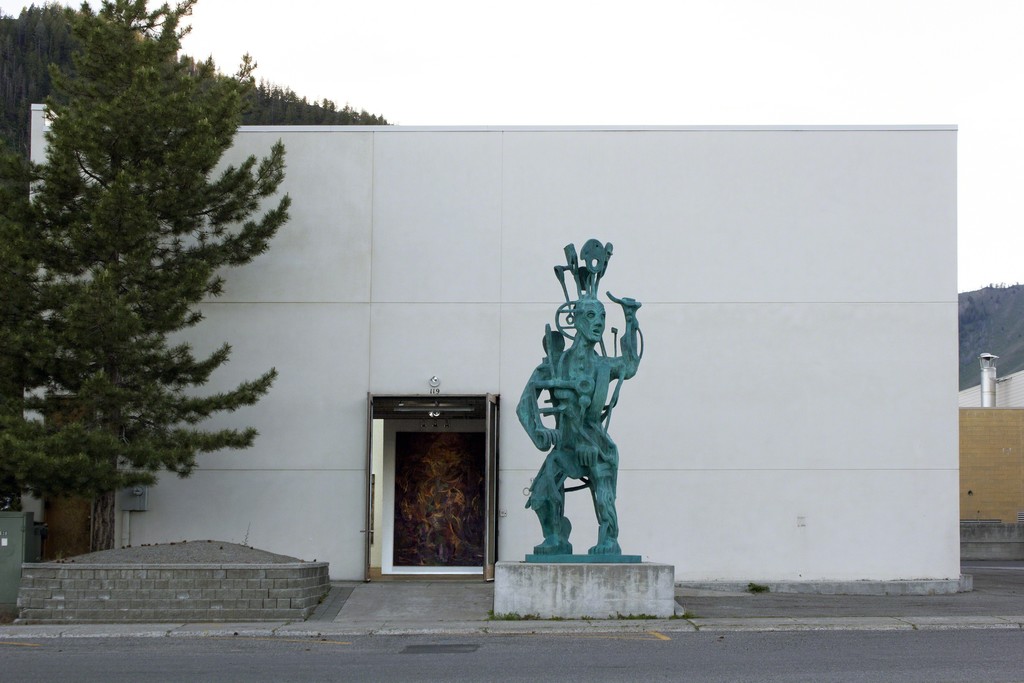 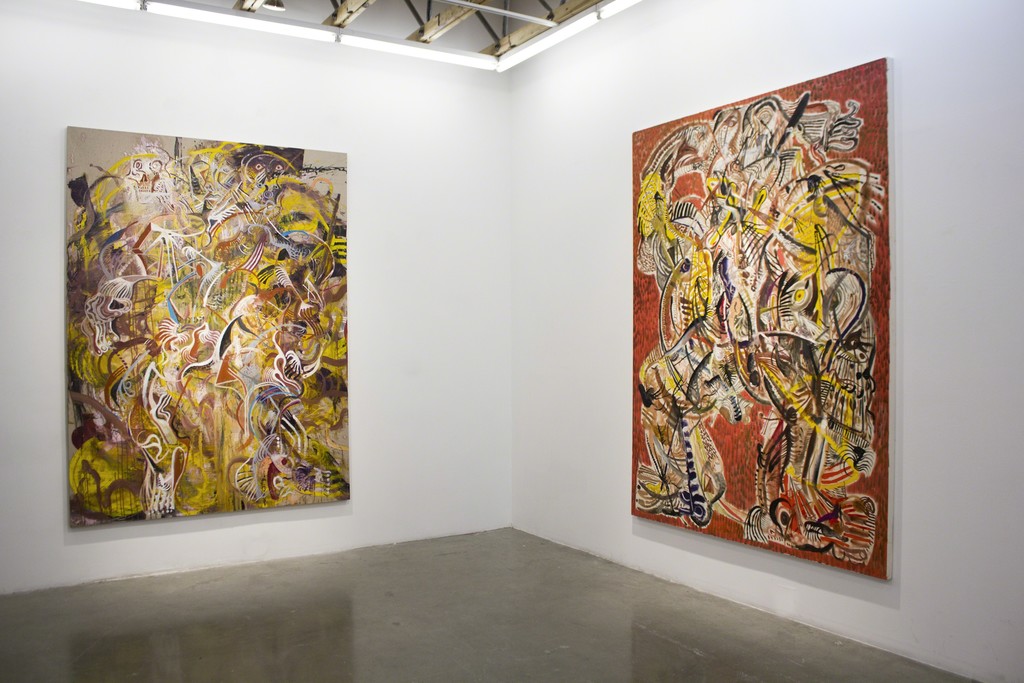 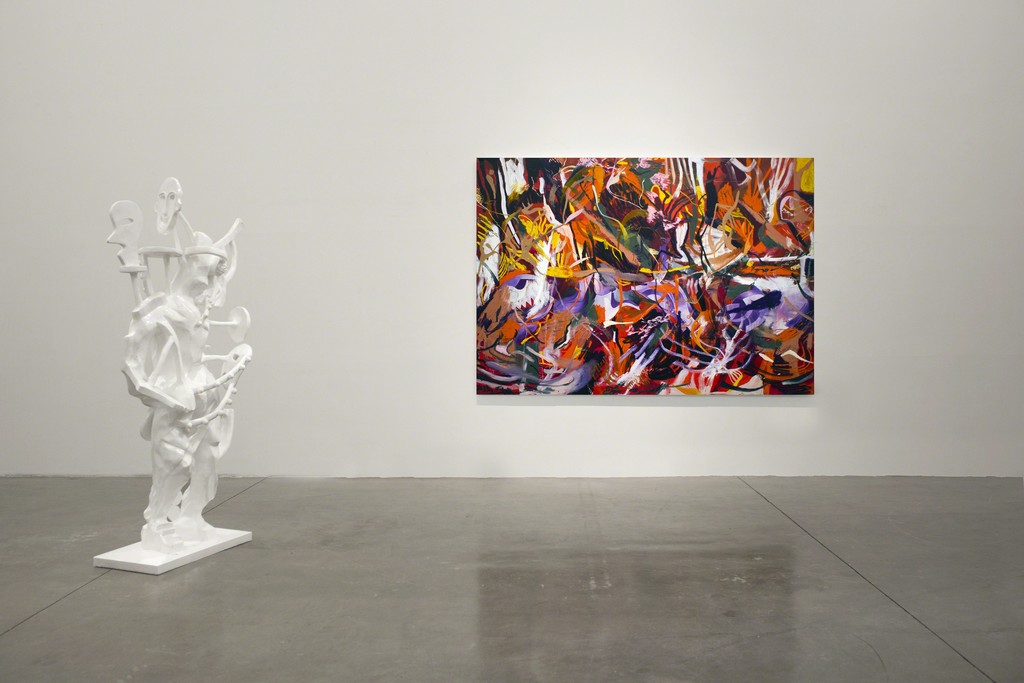 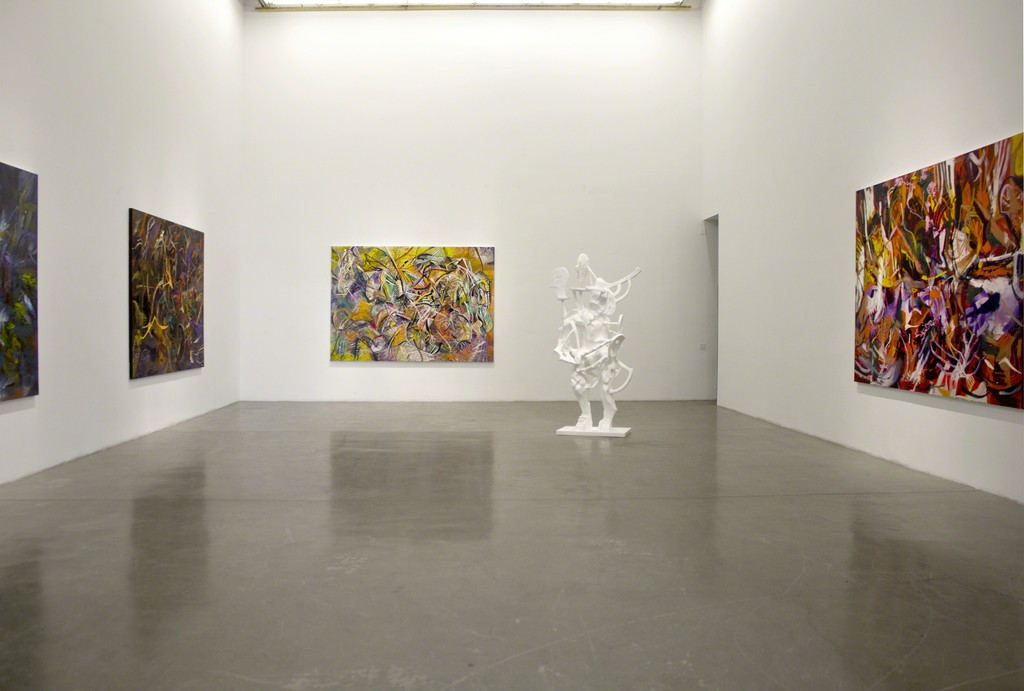 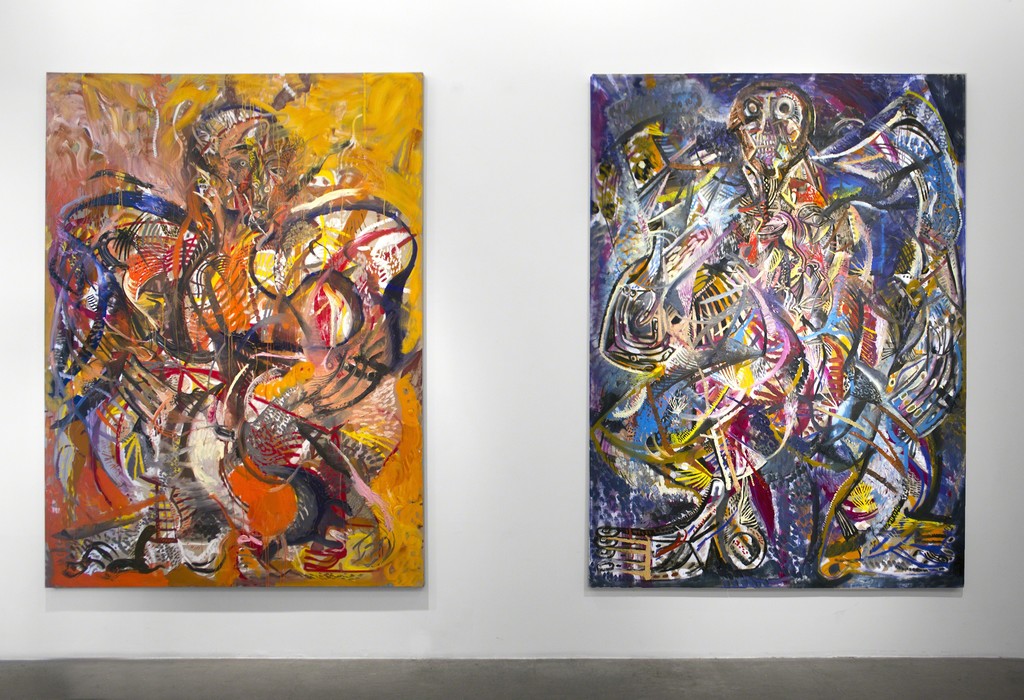 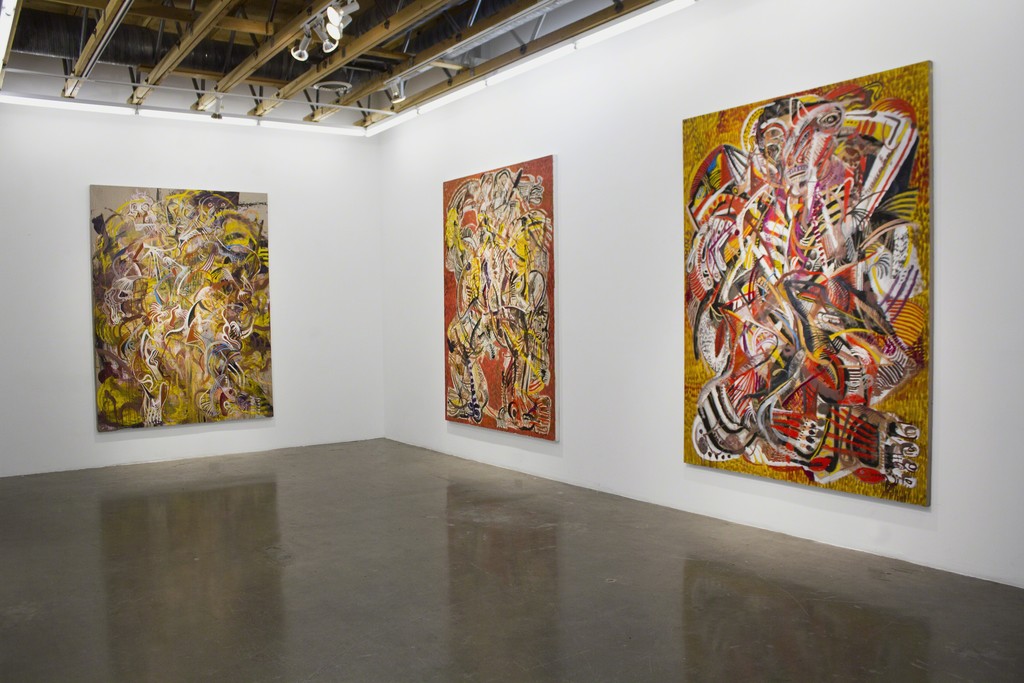 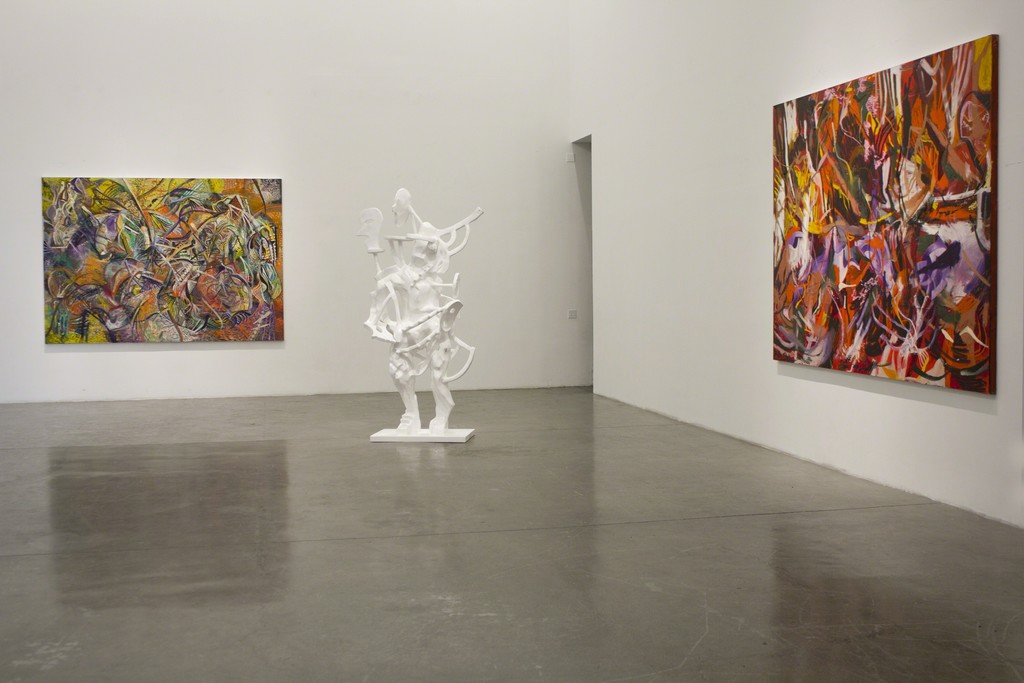 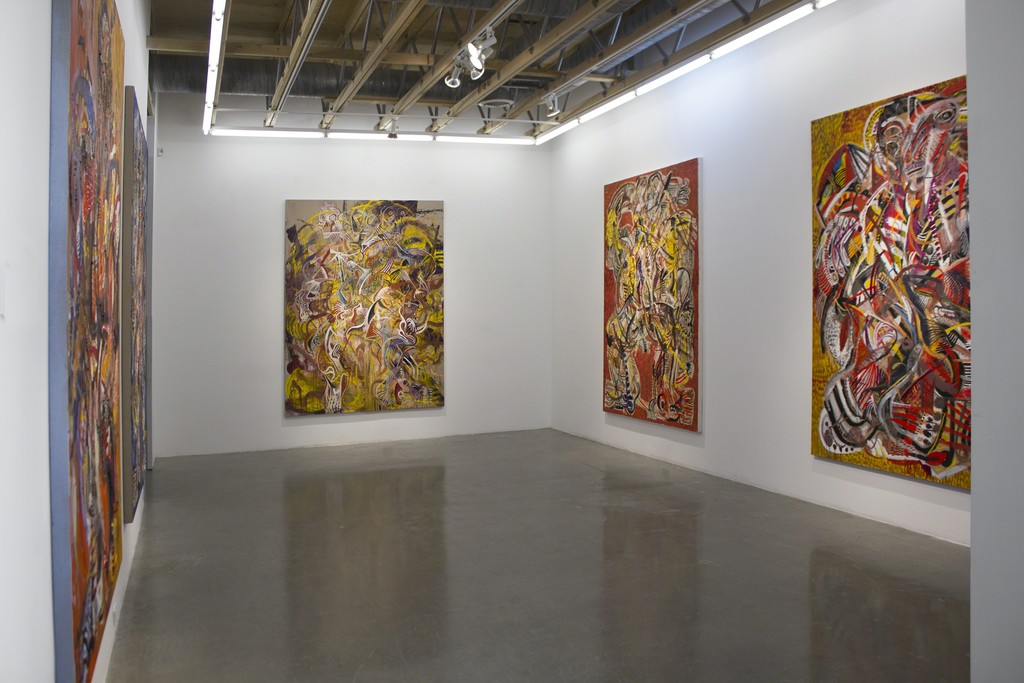 In the age of the internet, what is a painting? What can paint on canvas represent now that we
have Wikipedia and Google image search? Humanity is inundated with more images than in any
previous time in history, while language is disintegrating into LOLspeak and emoji. We are more
attuned to visual stimuli, but we are also more optically exhausted. Humans are living more
proximate to each other than ever before, condensed in city centers ringed by urban sprawl, and
connected via the ever multiplying swarm of social media networks. What can the slow, singular
imagery of paintings say in the age of smartphones and selfies?
Zio Ziegler thinks of his works as Megaliths, monuments to this particular time in visual and
technological culture. Ziegler creates icons, the distilled essence of an image upon which we
can project our emotions and feelings, just like the golden calves of yore. This is not to say that
his work is sparse or simplistic. He does not worship at the high church of austere Modernism.
Instead, Ziegler paints chaotic masses of pattern that vibrate with the potential of energy. There
is a shamanistic quality to these rhythms. They feel prelingual, and encourage the brain's
hardwired instinct to search for familiar patterns where none exist. Ziegler understands that
pattern recognition is a form of faith, that language can, and is, being replaced by pictograms,
which only function through the acceptance of all who use them. These definitions fluctuate over
time, just as with words– which are, after all, just strings of symbols– adapt their meanings to
the contemporary needs of society.
In this particular body of work, the icon Ziegler is describing is the figure. Arms and legs revolve
around the edges of compositions that swirl around central cores. Your mind begs to identify a
face, a likeness, a wisp of humanity in the commotion, surely that is an eye there? Perhaps a
toothy grin? Ziegler admits to attempting to create tabula rasa through figuration. He strives for
a humanity that is a blank slate, the beginning, genesis. For him, the primitive form is the most
honest; the basics of mark making were instilled in him from childhood, surrounded by his
parents’ collection of tribal artifacts, and later refined in the street art culture of his early career.
Ziegler’s abstraction looks to the ancient, while never not being a part of the rush of new
technology. His paintings are handmade representations of the same stories humans have
always told ourselves, borne from the Library of Alexandria that is the present-day internet.
Ziegler’s paintings have existed before and will exist after, living out a multitude of lives in time
but also in cyberspace, just like us.