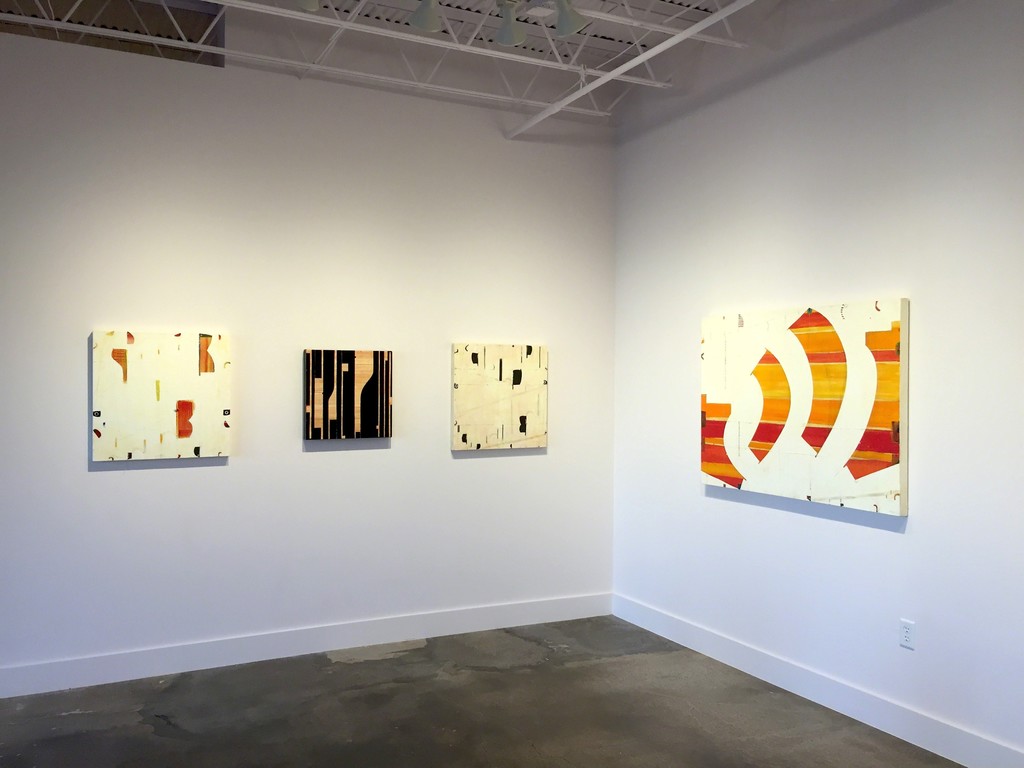 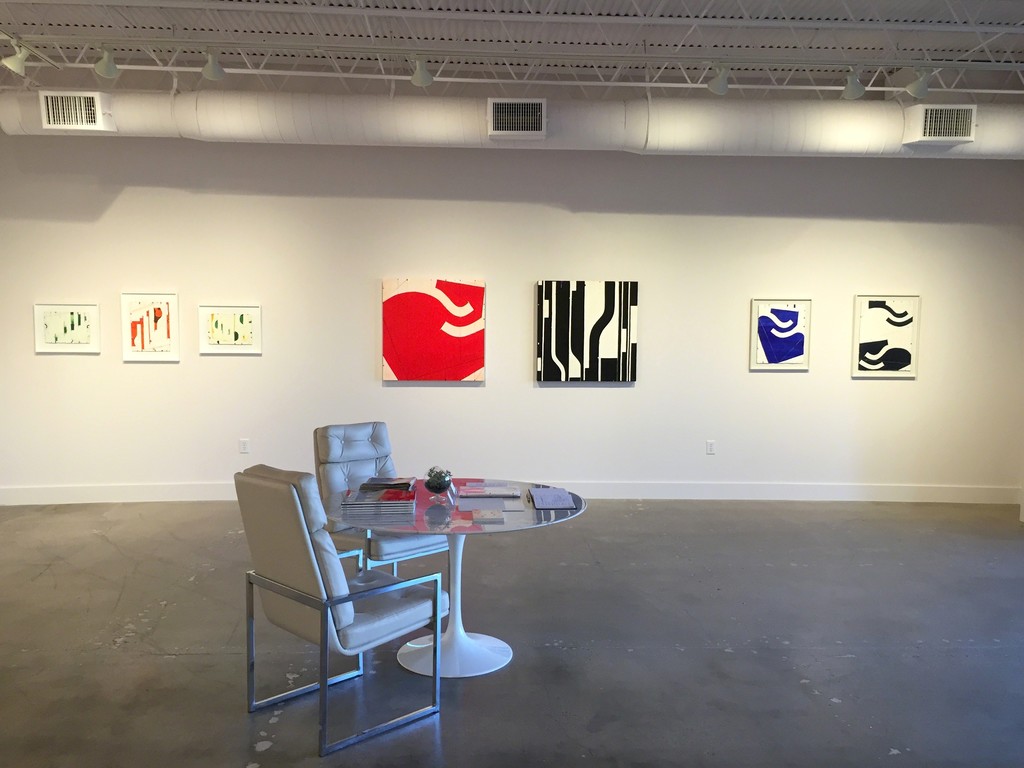 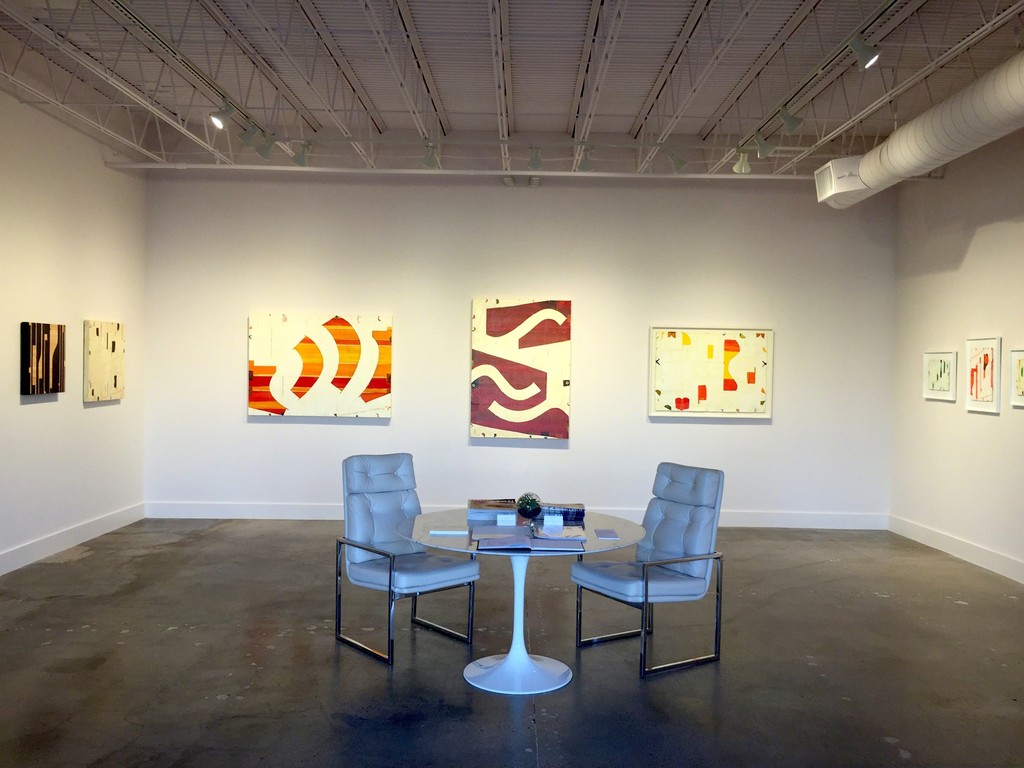 Octavia Art Gallery is pleased to present 'Selections from the Studio', an exhibition of recent paintings and works on paper by Caio Fonseca. Fonseca, well known for his lyrical, abstract paintings, explores the interaction of form and tonality. His practice embraces early twentieth century modernism and the traditional principles of abstraction; however, he has established his own stylized vernacular through which to explore these concepts. Fonseca’s practice is also partly influenced by his training and interest in classical music and composition.

Similar to musical arrangements, Fonseca’s technique for creating a painting is a process of both structured planning and moment-to-moment improvising. The paintings and works on paper included in 'Selections from the Studio' collectively represent four different ways of solving the painting. Each grouping of work utilizes a distinct vocabulary of form, of scale and of palette. Through an alphabet of shapes and marks, such as fine lines, arches, rectangles and circles, the underlying and unseen proportions are revealed and a movement amongst the forms is expressed. Fonseca’s works are not abstractions of objects, nor are they symbols for something outside themselves; rather, they aspire to be vital and enigmatic expressions of the precise energies of their self-contained worlds.

Caio Fonseca lives and works between New York City and Pietrasanta, Italy. Fonseca has exhibited internationally in museums and galleries. He has had retrospectives at the Corcoran Gallery of Art, Washington, D.C. and at the Institut Valencià d'Art Modern (IVAM), Valencia, Spain. His work is included in many public and private collections, including the Smithsonian Institution, Washington, D.C.; Whitney Museum of America Art, New York; The Metropolitan Museum of Art, New York; and The Museum of Modern Art, New York.