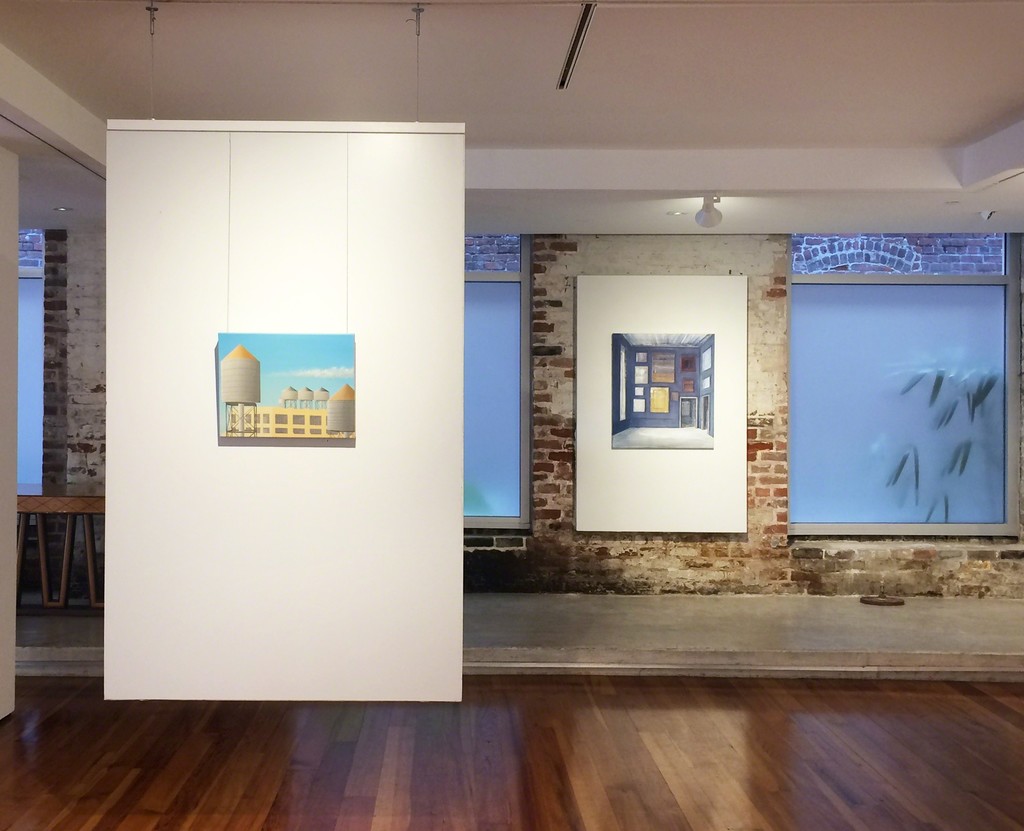 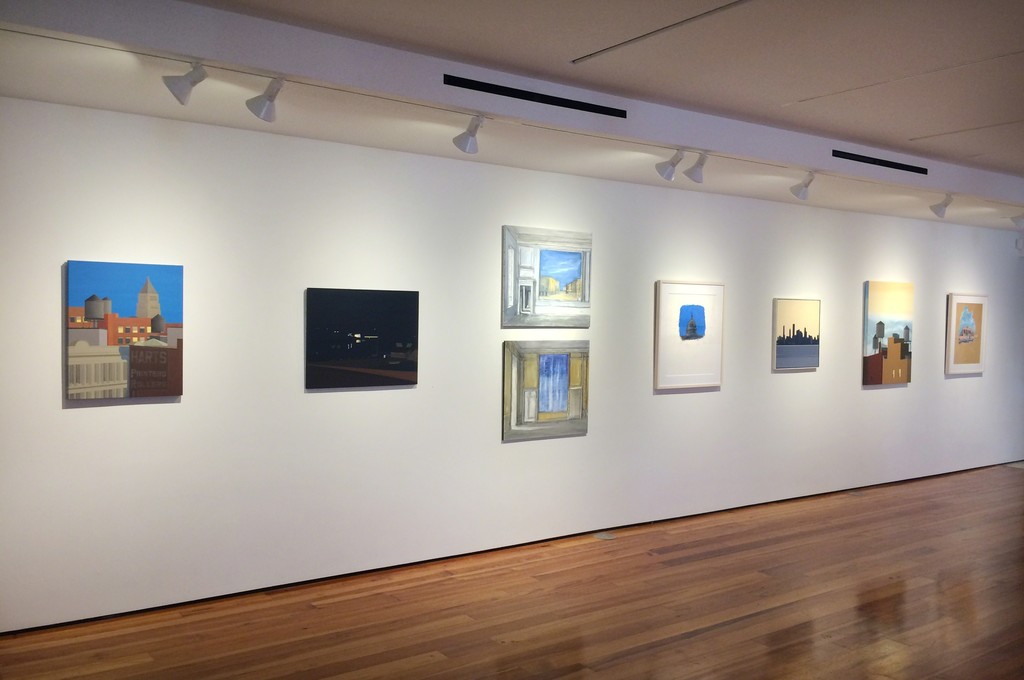 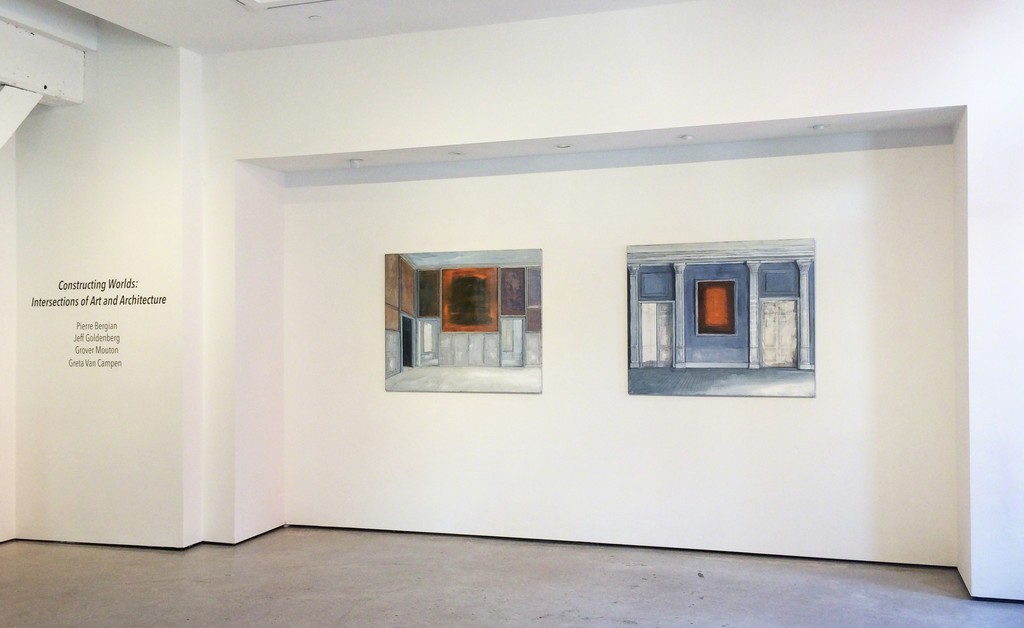 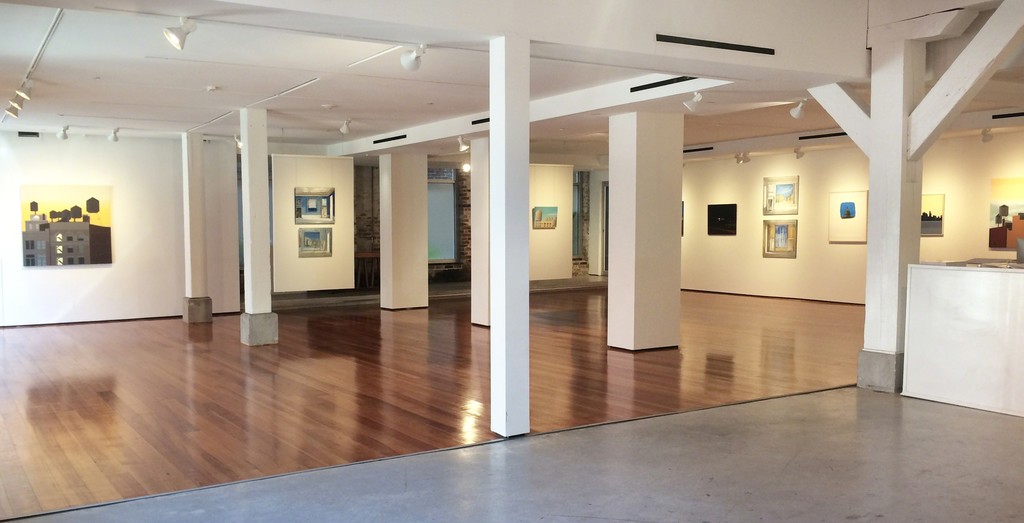 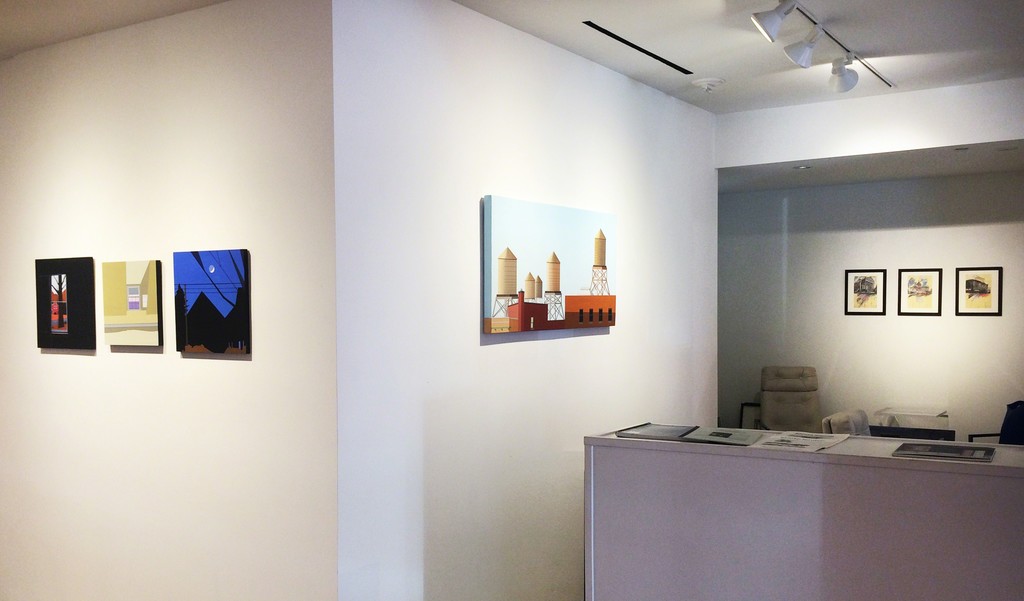 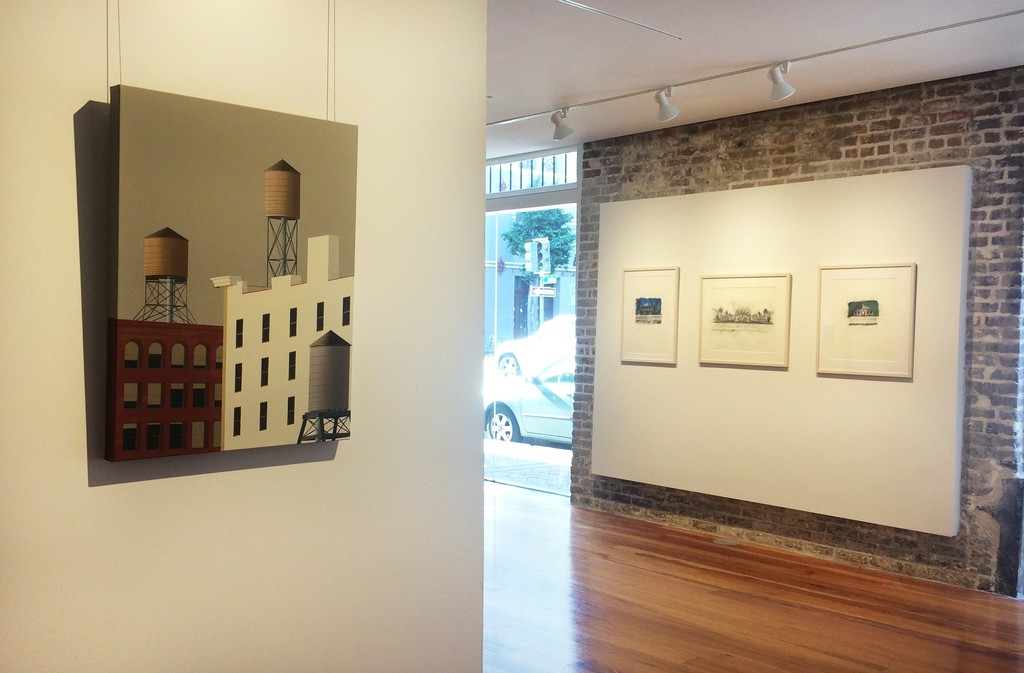 The exhibition focuses on the relationship between architecture and fine art. Architecture has long been a subject matter for artists, who utilize the medium not just to document the built world, but also to reveal wider truths.

Belgium based artist, Pierre Bergian, expresses his fascination with architecture through his paintings by exploring space and structure. Old abandoned houses and their air of mystery have always intrigued him. His paintings look at rooms and spaces that are almost empty, bar a small selection of furnishings and objects. The interiors are often filled with pictures, indicated by devoid square shades of color, whether hung on the walls or piled against an easel on the floor. Bergian studied at the University of Ghent and has published writings on the topic of design and architecture. He has had solo exhibitions at Purdy Hicks, London; Gallery Laurent de Puybaudet, Paris; Galerie Josine Bokhoven, Amsterdam, and his work in included in the permanent collection at the British Museum in London.

Jeff Goldenberg is a New York based artist and writer, whose current body of acrylic paintings depicts views of the lower Manhattan skyline from vantage points seen from his studio. Common to all are the ubiquitous rooftop water tanks, iconic landmarks vital to the city's existence yet unseen and unnoticed by people at street level. The lack of human habitation, coupled with the depiction of “off hours" imparts a surreal atmosphere, akin to scenes from a film noir movie. Though primarily self-taught, Goldenberg was mentored by his artist father, and studied with renowned postwar artists Lee Bontecou, Ron Mehlman and Philip Pearlstein while studying fine art and modern architecture at Brooklyn College. As a writer, he has produced several screenplays, and has worked as a story editor for Academy Award winning producers Albert S. Ruddy and Dino DeLaurentiis.

Grover Mouton is a New Orleans based artist and architect who utilizes hand drawings to illustrate urban design proposals. Many of his drawings were initially created as part of the design process in a series of projects throughout China and the United States. Acting as a catalyst to explore design concepts, his works on paper demonstrate a humanized scale in understanding larger urban design and architectural concepts. Mouton studied drawing while in Rome at the American Academy, having been awarded the Rome Prize in Architecture (1971-3). He served as Tulane University's Adjunct Associate Professor of Architecture for 30 years, and he founded the Tulane Regional Urban Design Center (TRUDC), housed within the School of Architecture.

Based in Maine, Greta Van Campen is known for her hard-edged graphic approach to representational painting. Her distilled and stylized painting approach imbues traditional subject matter with a freshness and modernity. She has always been attracted to lines, angles, and shapes, and is constantly aware of her eyes drawing to buildings, roads, bridges, and shadows. She travels across the United States sourcing inspiration from architectural landscapes found in small towns and cities. Van Campen obtained her BA in visual arts from Bowdoin College and she regularly exhibits her paintings at Dowling Walsh Gallery and in galleries across the nation.

Although diverse in place and style, each artist included in Constructing Worlds demonstrates the interdisciplinary exchange between art and architecture.