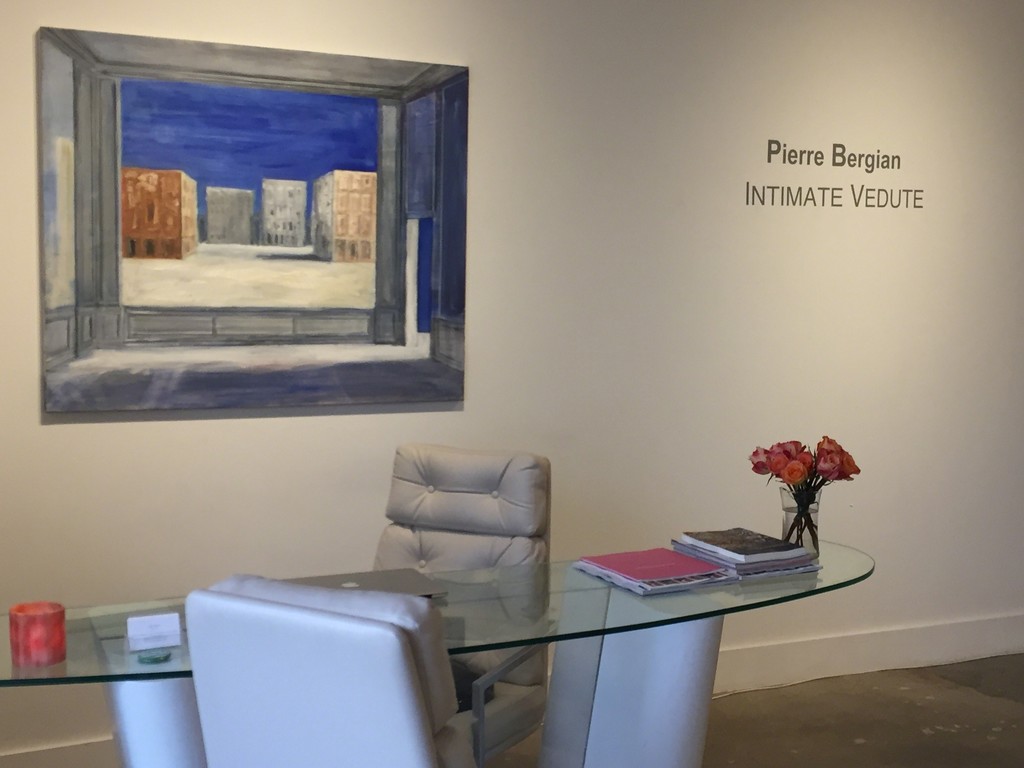 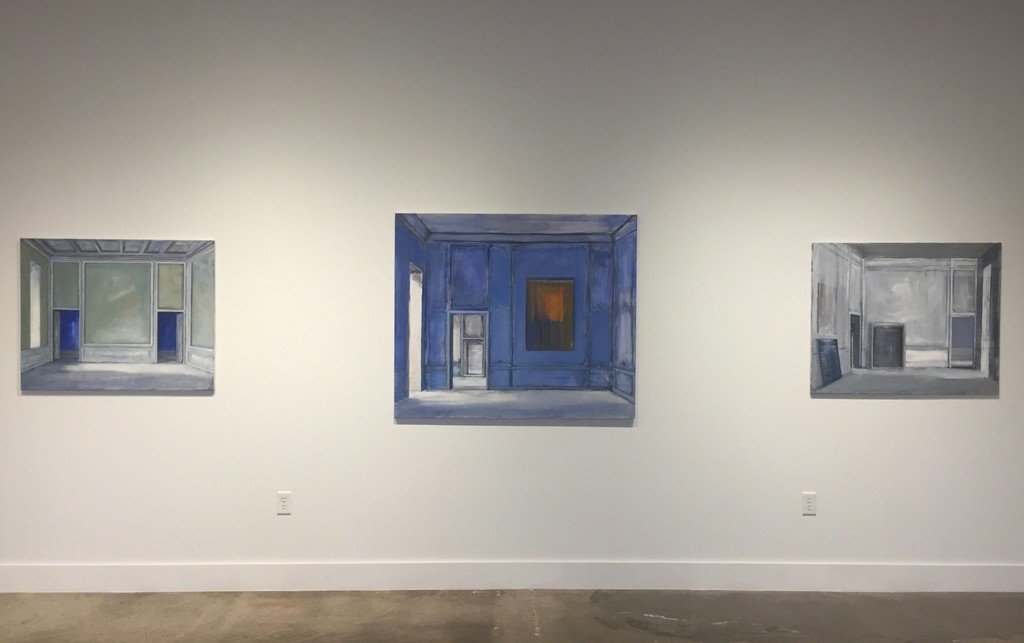 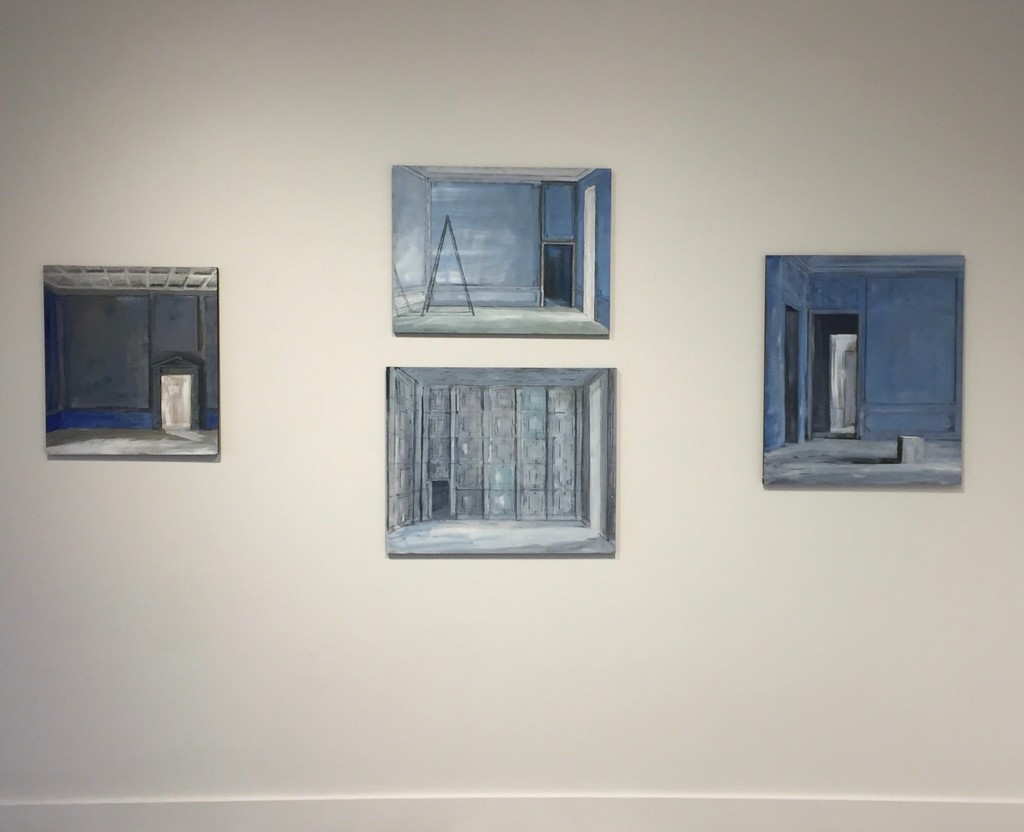 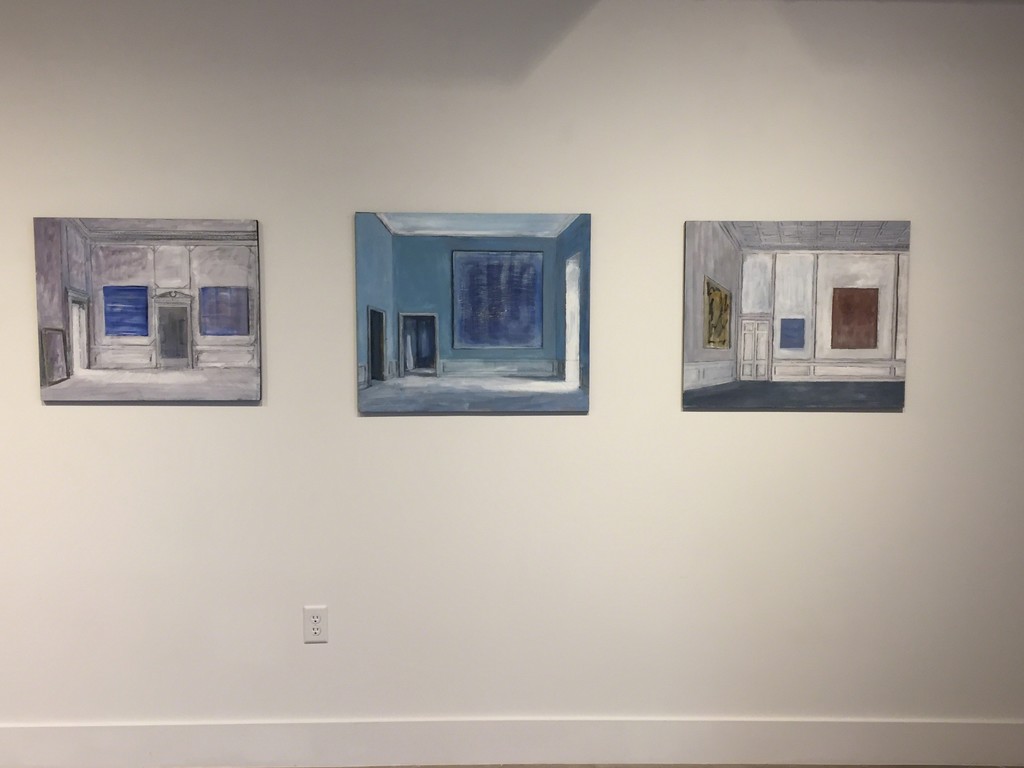 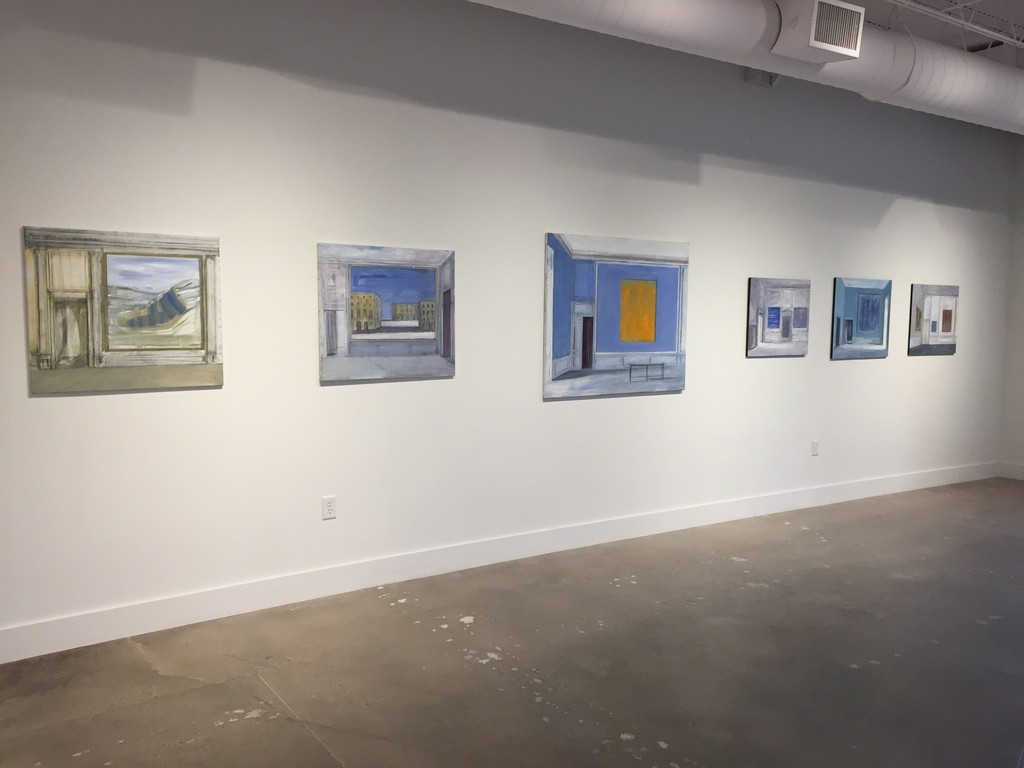 Installation View: Mountain in the Room - Near Vicenza - Lonely Table - Neoclassic Room - The Blue Painting - Three Paintings in the Museum

Belgium based artist, Pierre Bergian, expresses his fascination with architecture through his paintings by investigating space, structure and the presence of architectural components. His works depict interiors that convey a sense of emptiness, bar a small selection of furnishings or objects. The interiors often contain a ladder, table, or pictures, whether hanging on the wall or piled against an easel on the floor. An interior may also feature a veduta, an Italian term for a highly detailed painting of a cityscape or some other vista. In these works, it is oftentimes unclear whether the vista is intended to be a painting inside the room or a window through which we view the outside world.

Bergian’s interiors are composites of spaces that have fascinated him over time. As a young boy, Bergian could be found clambering in and out of the abandoned buildings of Bruges and Ghent, captivated by the mysterious atmosphere and natural light of the deserted rooms. He refers to this interest for old interiors and abandoned rooms as the archeology of the interior. “Even now, I love ruins with broken windows where the light streams in, high ceilings and doors onto corridors with mysterious perspective.” – Pierre Bergian

Pierre Bergian studied Art History and Archeology at the University of Ghent and has published writings on the topic of design and architecture. He has had solo exhibitions at Purdy Hicks, London; Gallery Laurent de Puybaudet, Paris; Galerie Josine Bokhoven, Amsterdam, among others, and his work is included in the permanent collection at the British Museum in London. Bergian is the featured artist in the new Winter 2019 issue of The Southern Review.