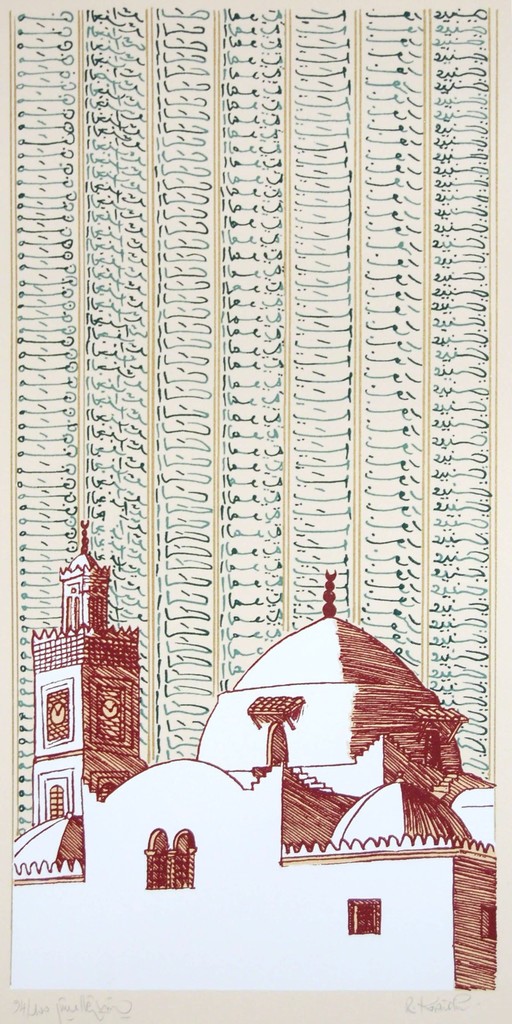 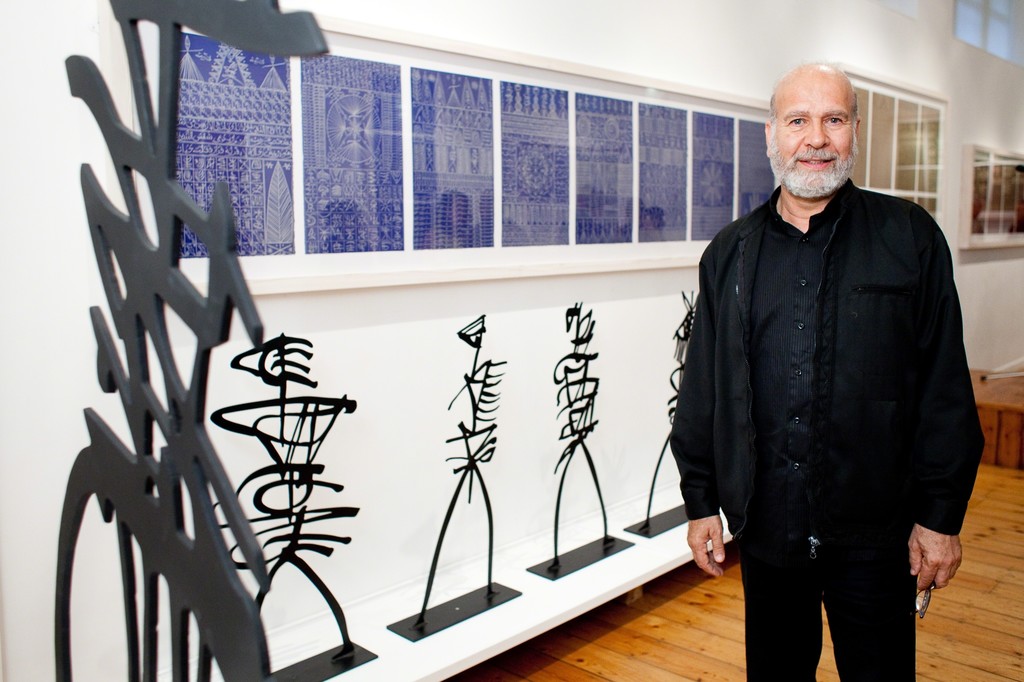 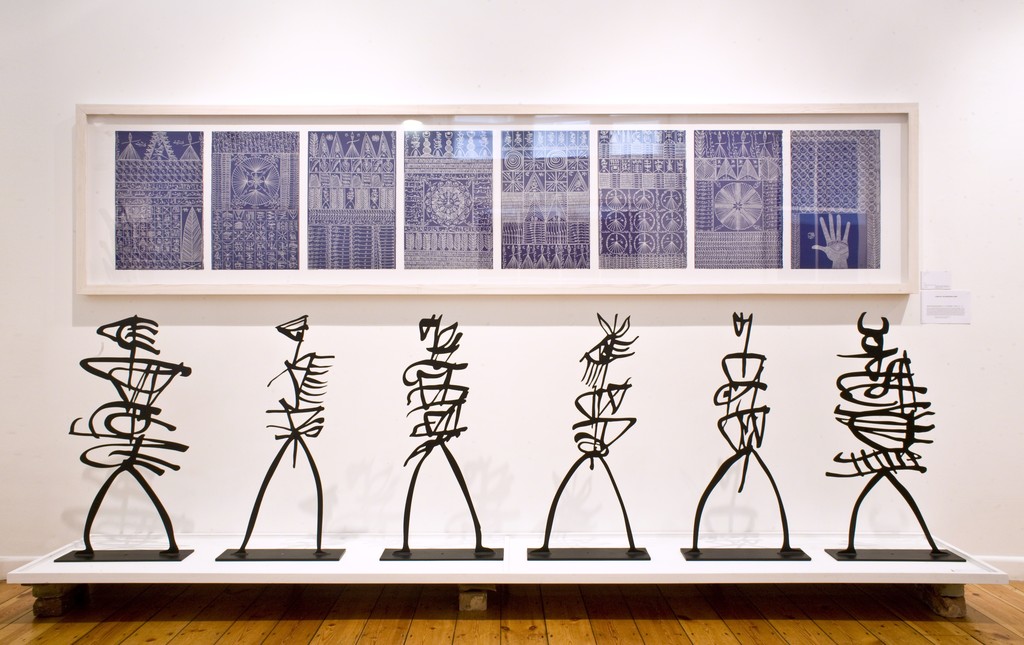 Describing the essential qualities of Islamic art, the Jordanian artist Wijdan writes that:

Rachid Koraïchi’s refined work perfectly exemplifies this quest to embody a complex spiritual vision by means of works on paper of exquisite subtlety and imagination. The work of Koraïchi, a Sufi by familial practice, is explicitly devoted to the expression of the mystical elements of the Islamic tradition. The central theme of Ecstatic Flow relates to the lives and teachings of fourteen Sufi masters dating from the 7th to the 17th Centuries, presenting fourteen sets of eight lithographs, one for each of the subjects treated. The subjects include such well-known figures as the mystic Ibn El Arabi and the poet and traveller Jalaluddin Rumi, as well as lesser-known (in the west) masters like Ahmad al Tijani. This latter was a member of the Khalwati order of Sufism (also known as the Halveti in Turkey), which places emphasis on good actions and intentions rather than the requirements of elaborate ritual expression. Al-Tijani was the founder of the Tijaniya Order in North Africa, in the late eighteenth century, which extended the borders of Islam towards Senegal and Nigeria as later adepts introduced large West African kingdoms to their practices.

The title, Ecstatic Flow, comes from the Arabic word fa’-ya’-dad, which literally means “to overflow”, “to flood” or “to emanate”, and suggests an urgent outward movement, implying also ideas of exuberance and superabundance. It is used to describe the feelings of the awakened heart in the presence of the divine, an ecstatic feeling of connection, which overflows the containing limits of the human vessel. It could also describe the feelings of the artist in the full flow of creative inspiration as he seeks to put down on paper the torrent of visionary images that comes pouring into his mind.

Koraïchi’s artistic explorations extend across an impressive range of different media, with his installations including ceramics, textiles, various metals and painted work on silk and paper. His work is influenced by an abiding fascination with signs and symbols of all kinds, both real and imaginary. Beginning with the intricate beauties of the Arabic calligraphic scripts the work is composed of symbols, glyphs and ciphers drawn from a wide variety of other languages and cultures. Whether the source be the numerological insights of ancient cultures or the ideogrammatic shapes of Chinese characters, Koraïchi integrates these layered systems of signs into an organised and marvellous description of the world that surrounds us.

Rachid Koraïchi was included in the international touring exhibition, Short Century, in the 47th and 49th Venice Biennales and in Word into Art at the British Museum, in 2006. Part of his installation, Path of Roses, comprising embroidered silk, textiles, steel sculptures, roses and ceramics, was acquired by the British Museum, London. His work is also represented in other major collections, including the National Museum for African Art, Washington and the Museum of Islamic Arts, Doha, etc.