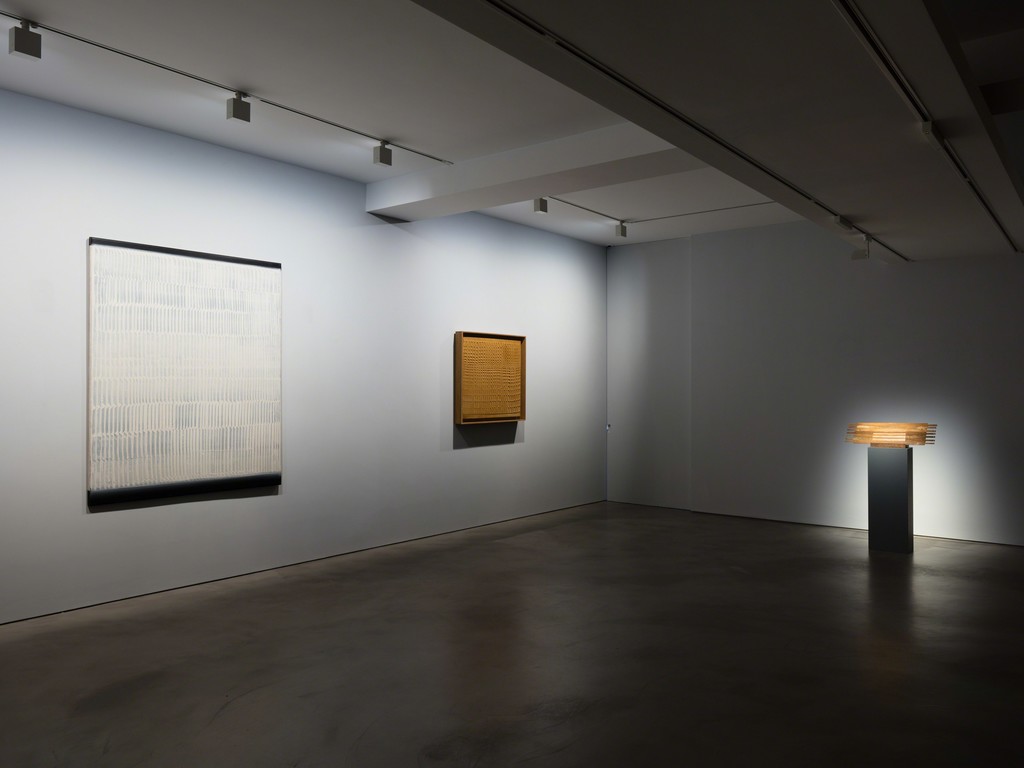 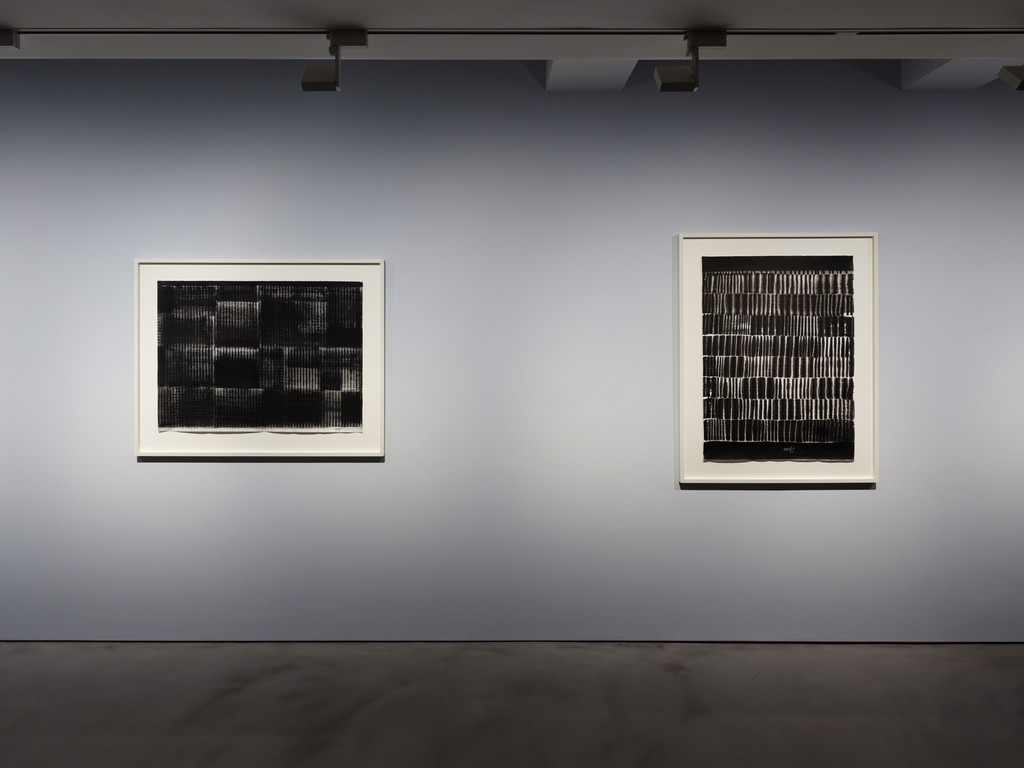 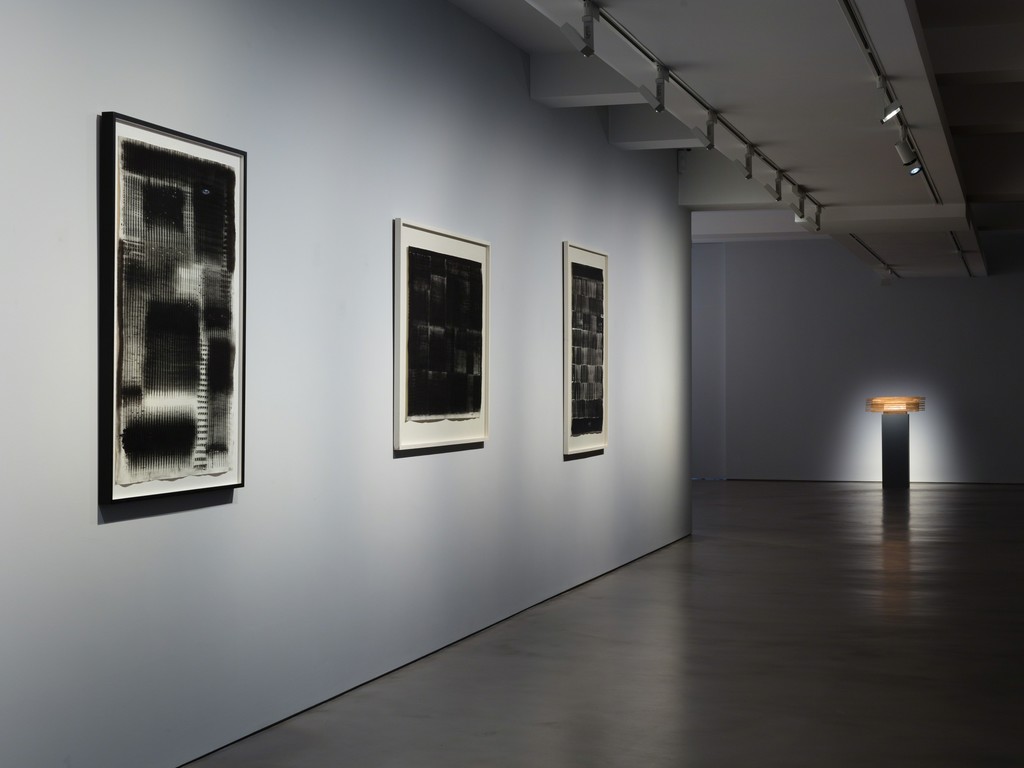 Olivier Malingue is pleased to present its forthcoming solo exhibition of works by prominent German artist Heinz Mack, which will run from 7 June to 26 July 2018.

The exhibition will explore Mack’s practice from 1954 to 1968, prior to the founding of the ZERO group and through to its peak. Founded in 1957 by Heinz Mack and Otto Piene, and later joined by Günther Uecker in 1961, the ZERO group’s aim was to find a new artistic language that could draw a line of demarcation with the past, leaving the Second World War behind and distancing themselves from Post-war, Art Informel and Abstract Expressionist painting. This new artistic language was characterised by the exploration of light, form, time and motion. Showcasing works in various media and techniques, the exhibition will also mirror the artist’s exceptionally versatile production and diverse artistic investigation.

The earliest work in the exhibition, Lamellar Sculpture with Eight Saw Blades, 1954, was produced prior to the beginnings of the ZERO group. The artist – who grew up 500 miles from the coastline in the middle of Germany – made this work at the age of 23, after seeing the sea for the first time in Bordeaux. This vision of a seascape is almost at odds with the rawness of the rusted metal, the serrated edges of the blades suggesting movement, like the waves of the sea.

Soon after founding the ZERO group, Mack began to experiment with a new concept of painting, which he called The New Dynamic Structure. This concept defined a shift away from post-war conventional abstraction, with an interest in pure colour and form devoid of the traditional temporal cues associated with the medium, in a bid to create a new perception of reality. Through the interplay of colour and the rhythm of the arrangement, the surface of the works create the illusion of visual movement, of a vibration on the canvas. This can be seen in the earliest painting in the exhibition, Untitled (Grey-Black Waves), 1958, which consists of a repetitive rush of monochrome striations, where luminosity and shadow blend and intertwine.

In his desire to rid his practice of the gestural brushstrokes that were central to Art Informel and Abstract Expressionism, Mack utilised a rubber squeegee technique to create the bands of colour that allowed his works to shift between dynamic and static modes. Although a tool was used to form the work, we can still see the artist’s hand, as the bands of colour were placed without mathematical influence, but purely by eye. In Die Vibration der Stille, 1959, each mark is infinitely different from the next, in tone and shape, and yet as a whole, the lines transform from pure white to grey-blue tones, and appear to oscillate, with a light and almost ethereal quality.

Schwarze Chromatik is a series of works on paper produced in the early 1960s, which reflects the artist’s study on colour by revealing its presence through a black and white palette. The rhythmical modulation and variations on the theme of the grid, as well as the energy produced by parallel lines, are clearly visible in works such as Untitled (Chromatische Konstellation), 1967, Fenster für Licht und Schatten and Schwarze Chromatik, 1960. Mack defined these works as “graphical energy fields” as the frottage technique has the ability to give the sheet a texture that the eye perceives as a vibrant modulation and a powerful dialogue between shadow and light.

In 1959, Mack started drafting his Sahara Project, and in 1961 he published in “ZERO 3” further details of this project of immense spatial dimension, through which he was willing to create a “reservation of art in natural spaces”. The incomparable light of the desert could outshine the works’ materiality completely, while the sand stretched out below it as the ultimate natural relief. In Sand Relief, 1968, we can see a continuation of Mack’s interest in the use of sand in his work, albeit on a much smaller scale. But as Mack’s monumental desert-based works were fleeting and could only be captured on film, in Sand Relief, the combination of resin and sand captures the markings that have been etched into the surface.

The works showcased in this exhibition have been attentively selected to provide a representation of Mack’s investigation into movement, space and time. These themes have been central to his practice and remain key to understanding the artist’s move away from the traditional pictorial space. Mack’s experimentation with contrasting states: light and dark, static and dynamic, has informed the discovery of a new artistic language which is still relevant today.

Born in Lollar, Germany in 1931, Heinz Mack graduated from the Kunstakademie Düsseldorf and subsequently acquired a degree in Philosophy at the University of Cologne in 1956. Following his studies, Mack started working with the Dynamic Structures, which he gradually transformed into paintings, drawings and reliefs, and, in 1957 founded the ZERO group with Otto Piene. Alongside his participation to Documenta II, III and the Venice Biennale, 1970. Heinz Mack’s work has been exhibited in approximately 300 solo shows and numerous group exhibitions. He currently lives and works in Mönchengladbach and Ibiza. Works from the ZERO period will be exhibited in 2019 at MONA, Australia, and a book on his Sahara Project is due to be published next year.

Through his programme, Olivier Malingue builds on international expertise gained through working for two decades at Galerie Malingue, his father's gallery in Paris, dealing with key pieces by internationally acclaimed masters from the 19th and 20th centuries.