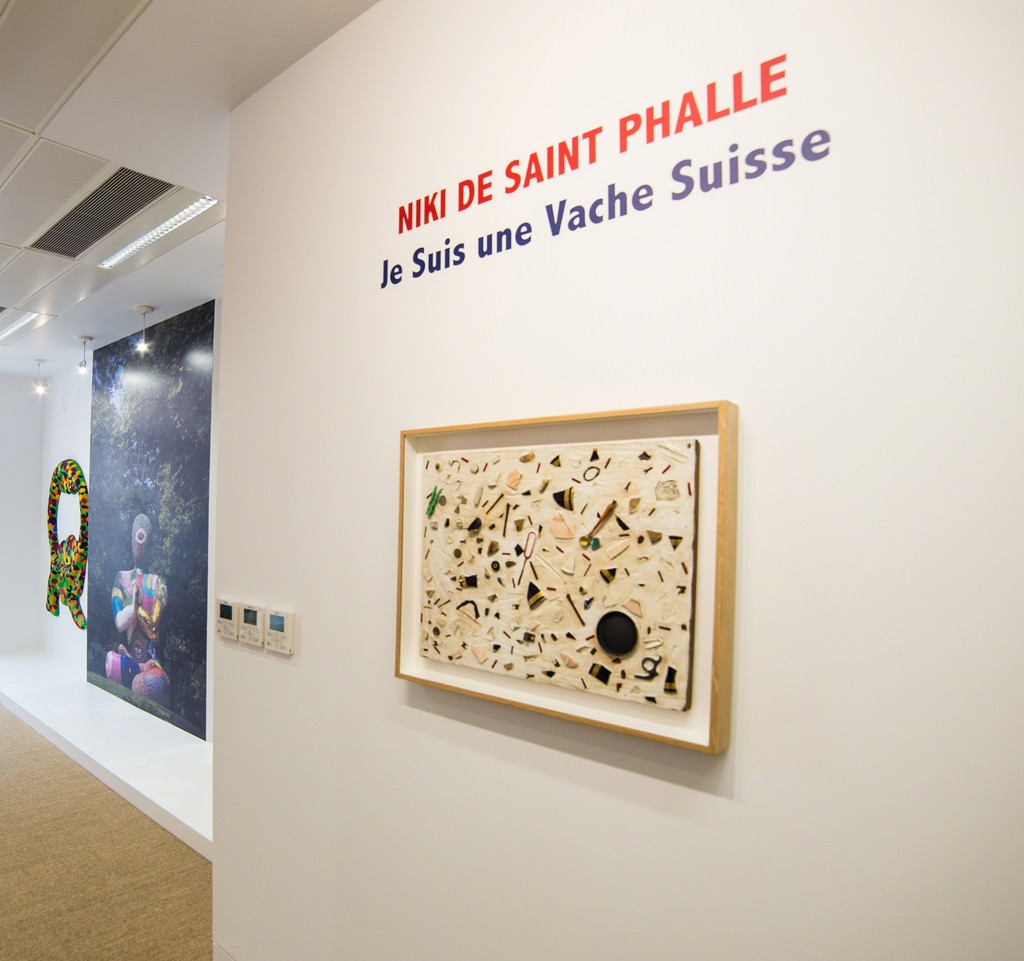 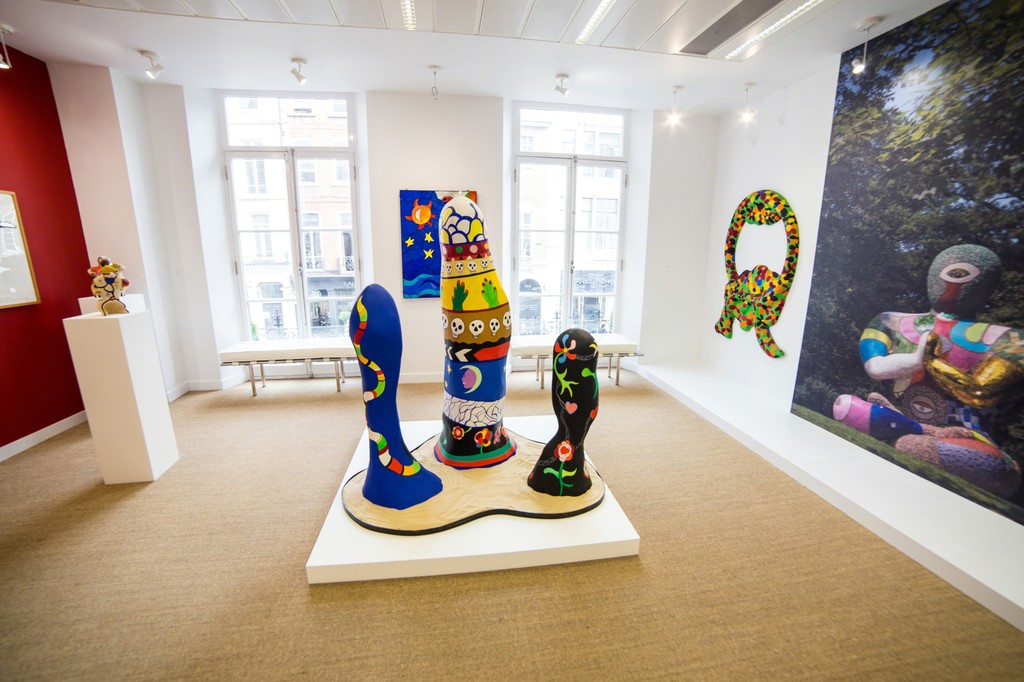 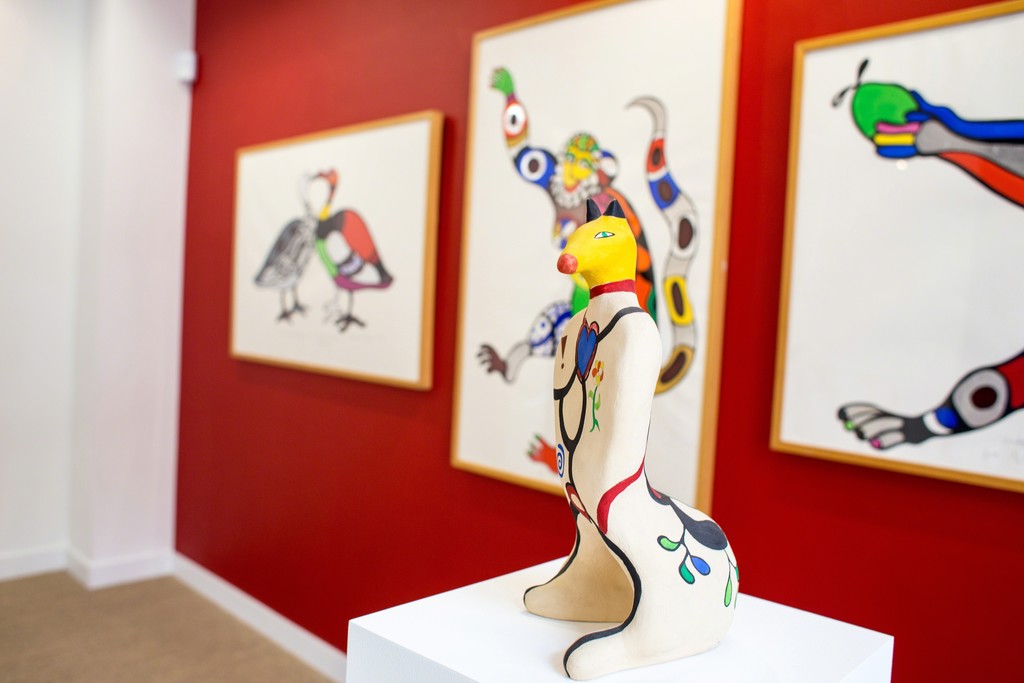 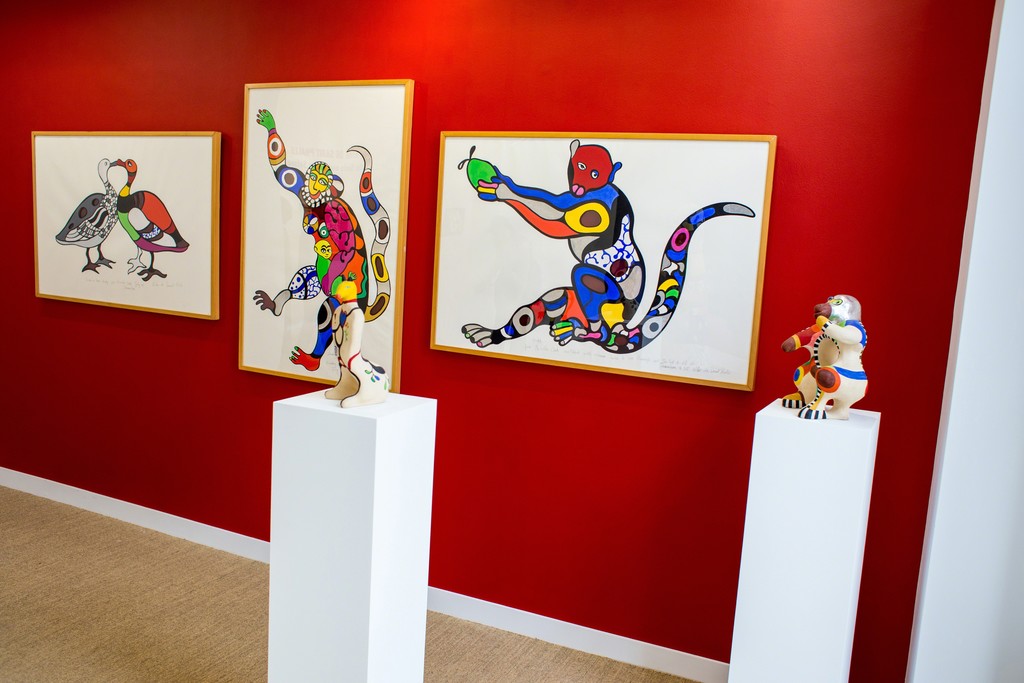 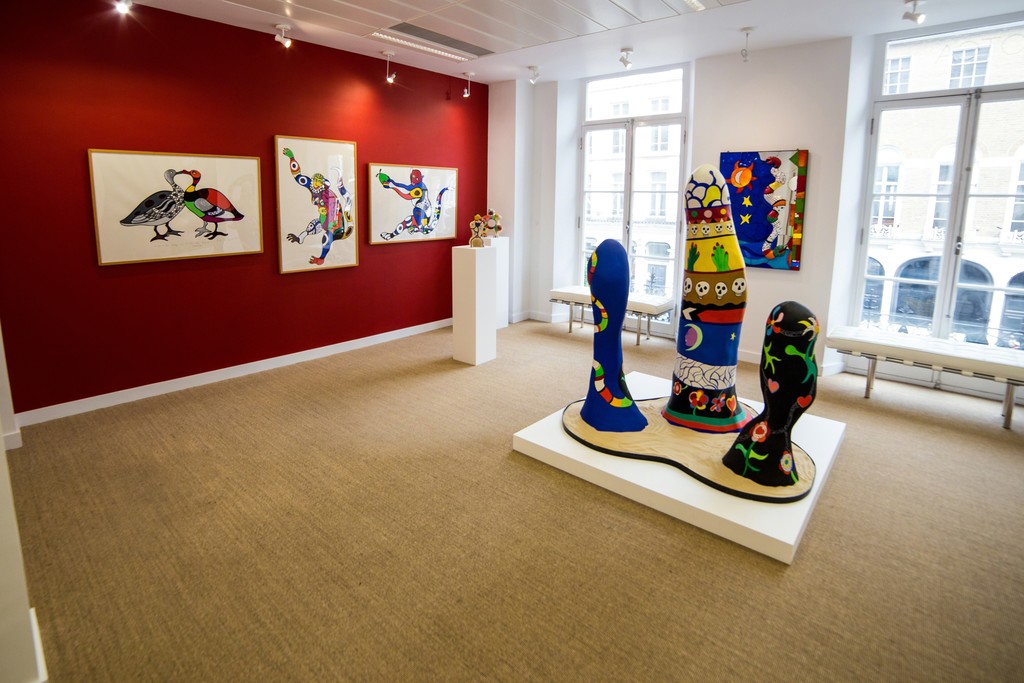 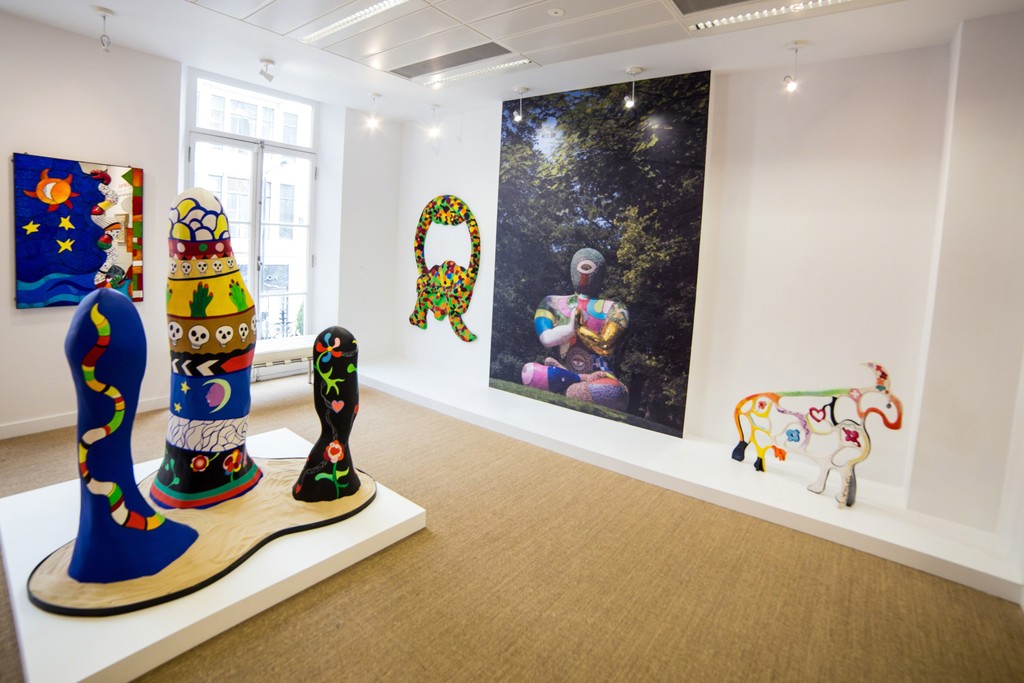 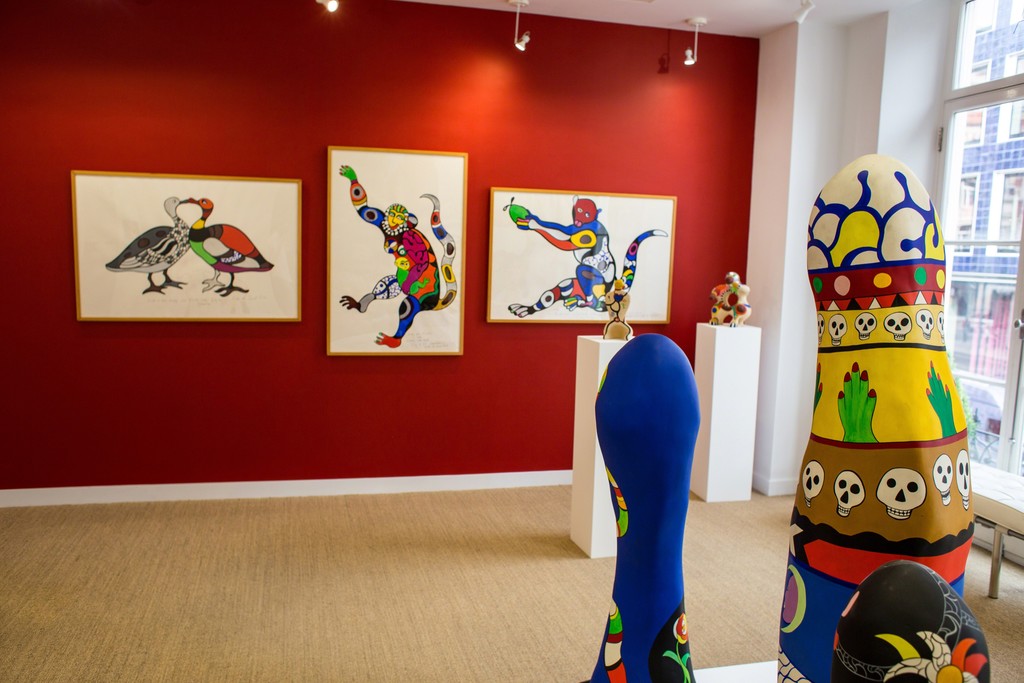 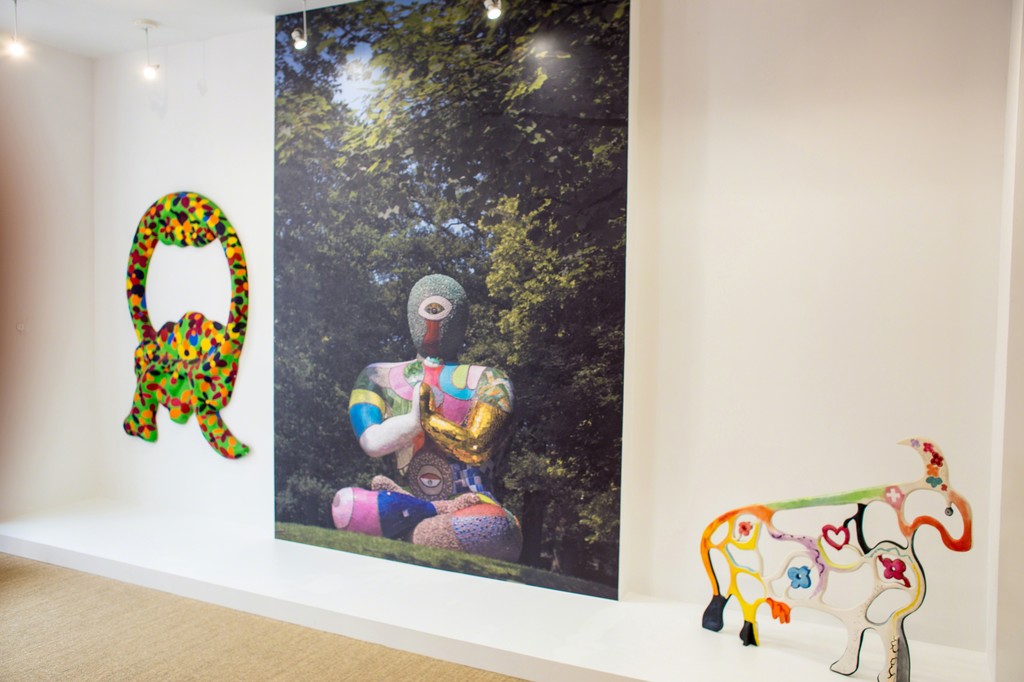 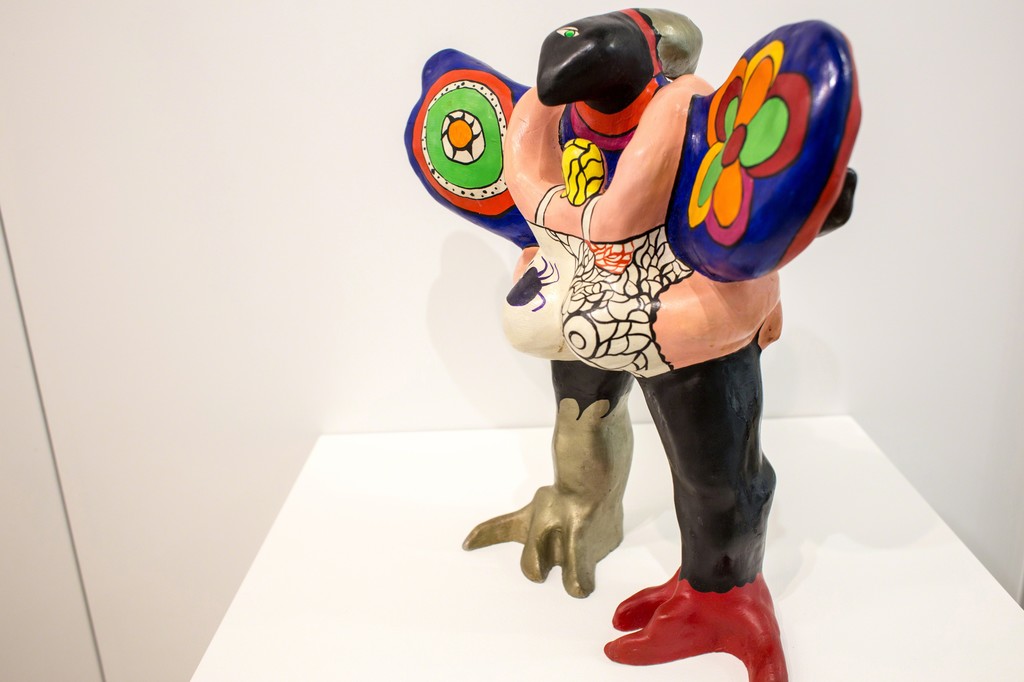 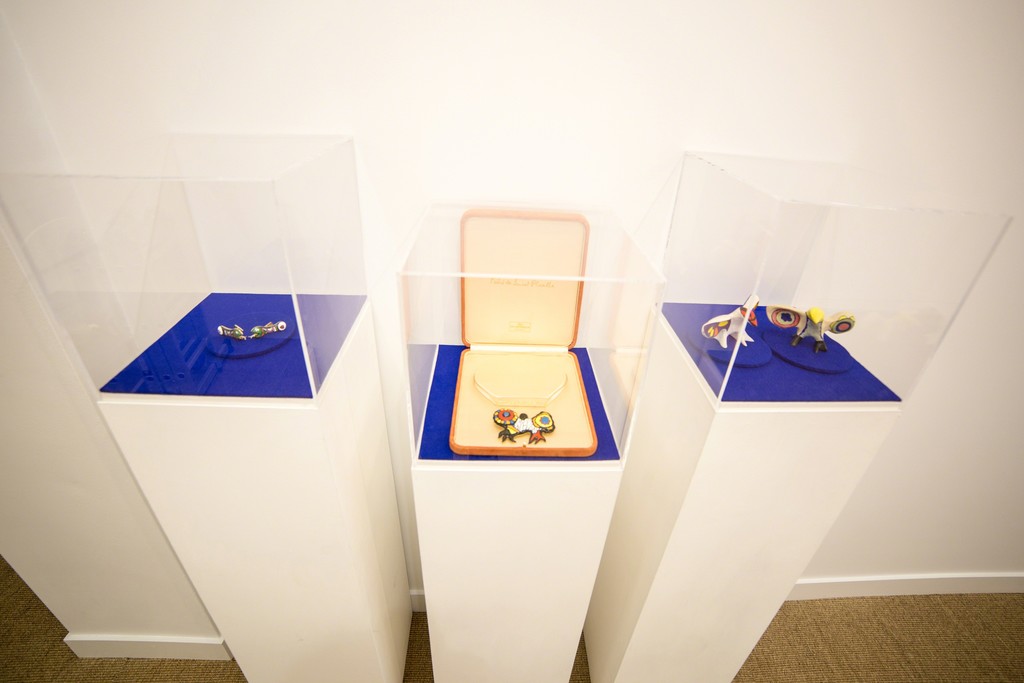 French-born Niki de Saint Phalle (1930-2002) gained prominent recognition in the early 1960s for her Shooting Paintings, which were created by firing at complex assemblages of canvas and containers of paint. Determined through action and chance, the resulting works are incredibly vital and mark a personal as well as professional breakthrough.

Saint Phalle began to make art seriously in 1953, as catharsis following a nervous breakdown - the culmination of an early life of male domination including being sexually abused by her father. Notwithstanding this troubled existence, her creative, defiant and playful spirit was evident even as a teenager. Drawing on mythical depictions as well as personal experiences, her sculptures, works on paper, reliefs, jewellery and objects for the home are exuberant and life-affirming.

This vibrancy is seen in Saint Phalle’s monumental open-air mosaic sculpture Buddha (2000) at Yorkshire Sculpture Park. The surface is made from pieces of glass, mirror, ceramic tile and polished stones – termed ‘M&Ms’ by the artist.

The exquisite menagerie of animal sculptures and works on paper in this exhibition, such as Gorilla (undated) and Monkey with Child (1995), share not only the artist's joyful engagement with the natural world but her major Noah's Ark project for the Jerusalem Biblical Zoo. These preparatory works, in particular, have not been seen in London for many years.

The exhibition includes a number of bird sculptures, a prevalent theme for the artist in the mid-1970s, alongside pieces incorporating snakes that reference the biblical myth of serpent as seducer - Snake Mirror (1998), the relief Le Serpent (1995) and Snake Cufflinks (1971-2015) developed by the artist in collaboration with WHO and kindly loaned by Louisa Guinness Gallery.

Je Suis Une Vache Suisse, curated by Helen Pheby of Yorkshire Sculpture Park, brings together many works by Niki de Saint Phalle that have not previously been seen in a public exhibition. The playful title of this exhibition is borrowed from Saint Phalle's sculpture of 1991 and is the point of departure for a significant display of work that gives serious insight into the work of one of the greatest artists of the 20th century.