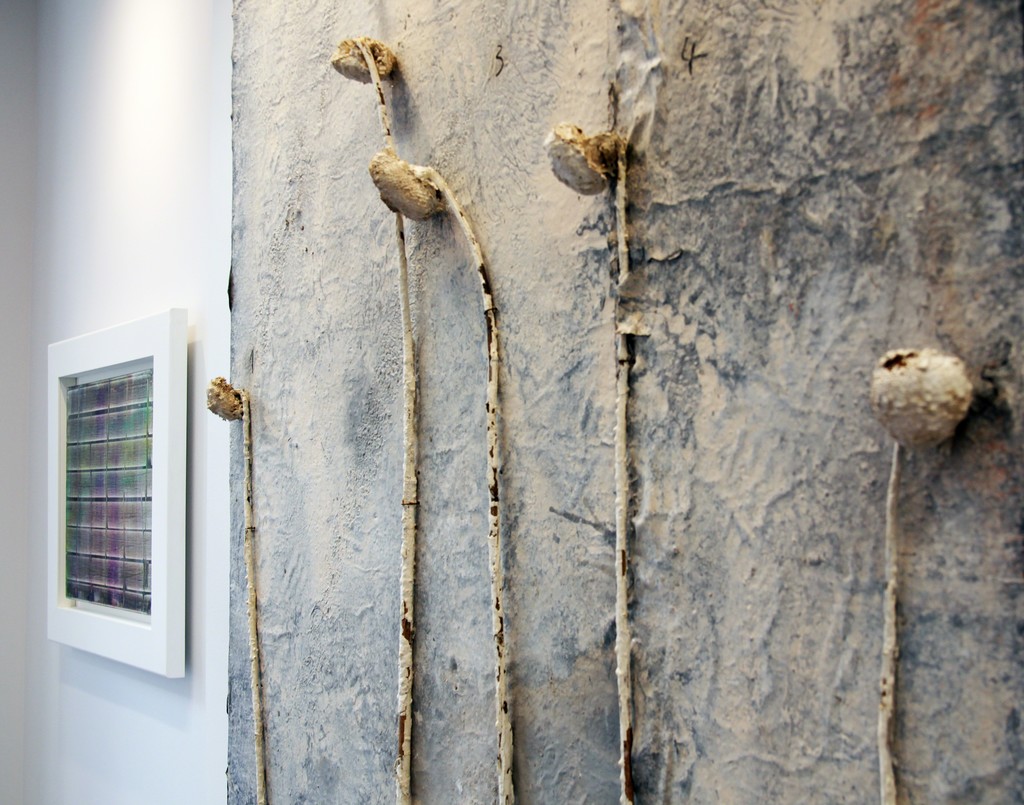 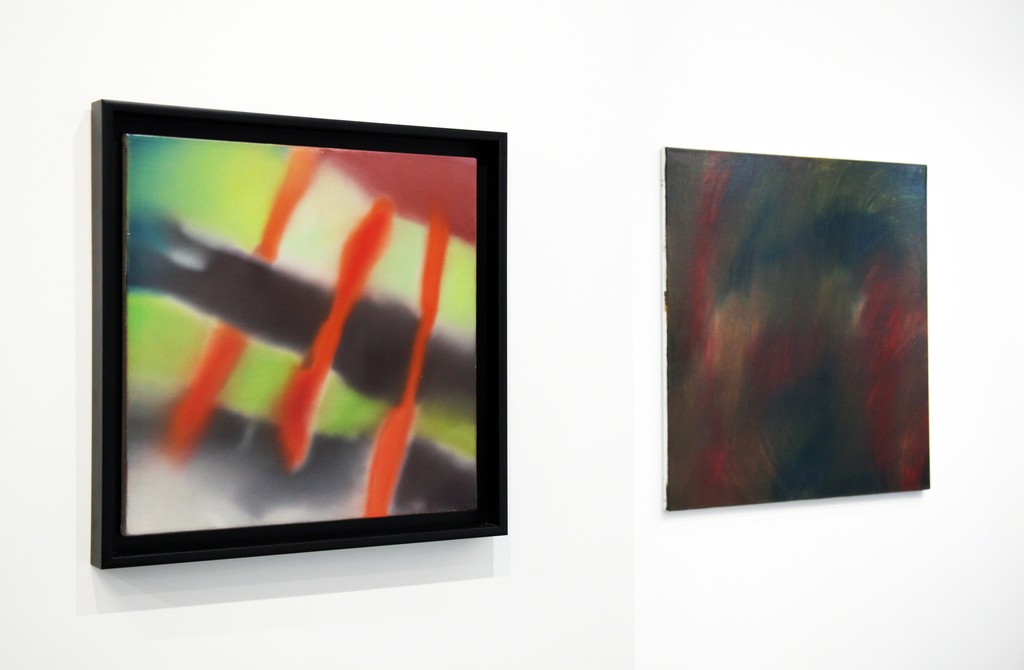 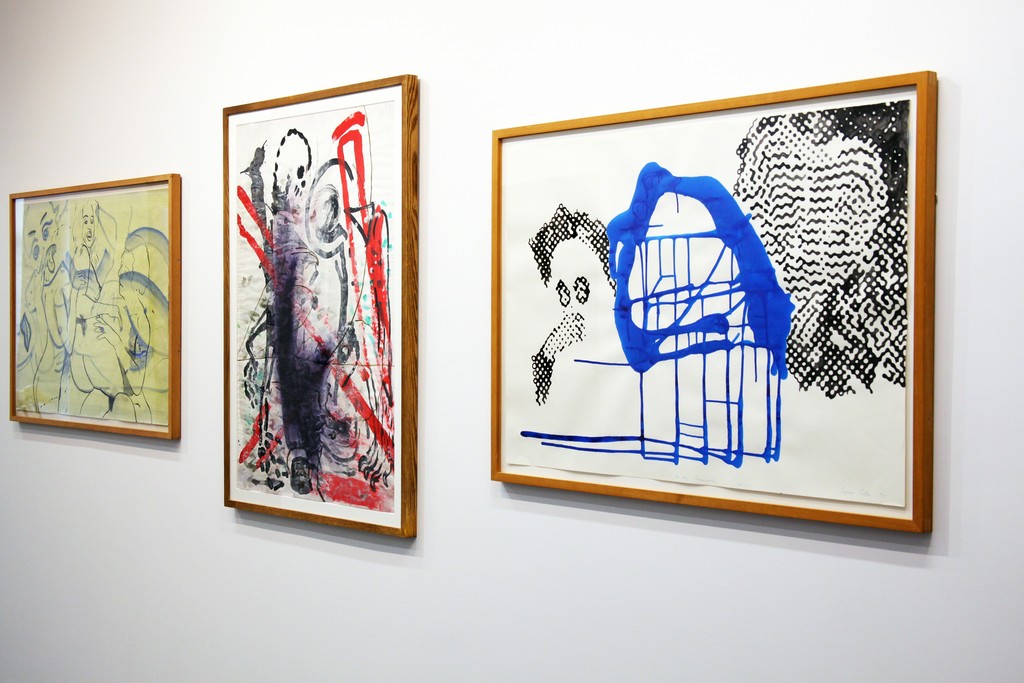 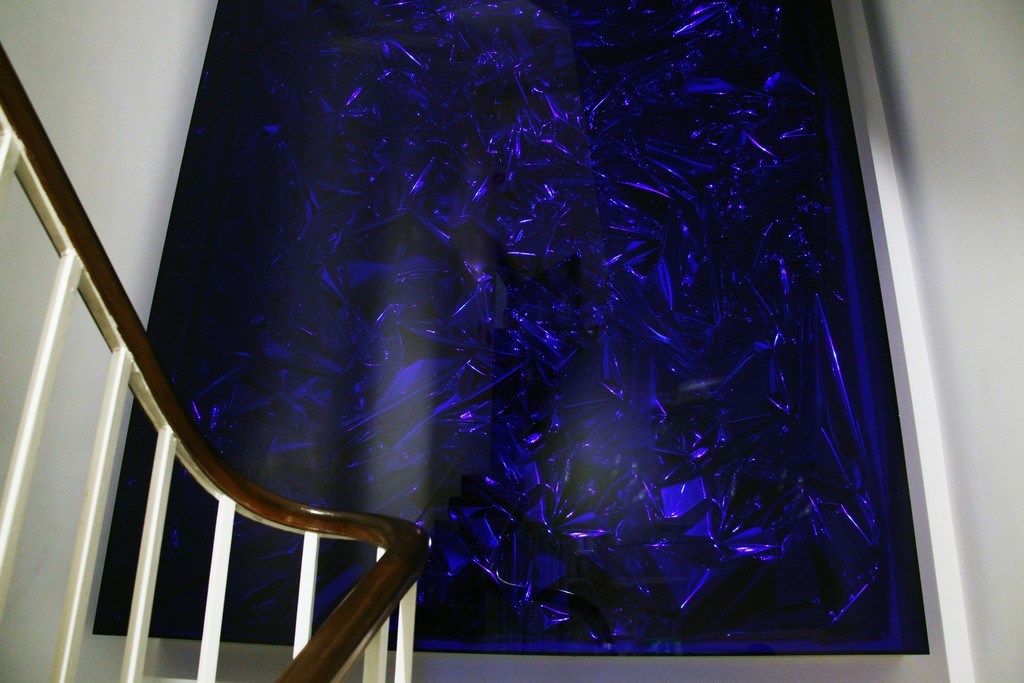 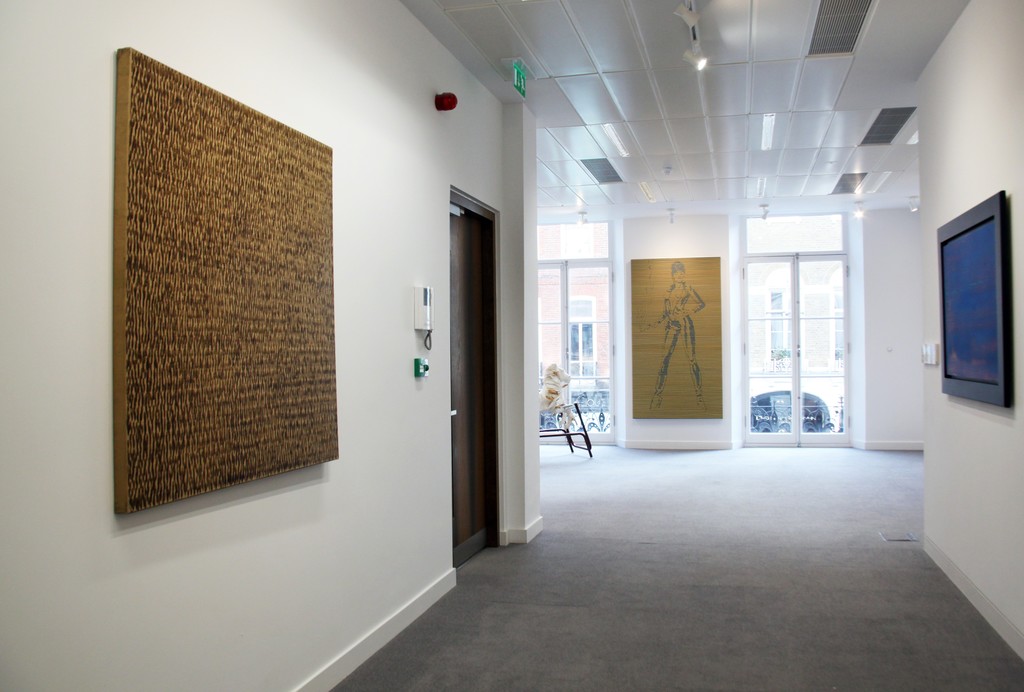 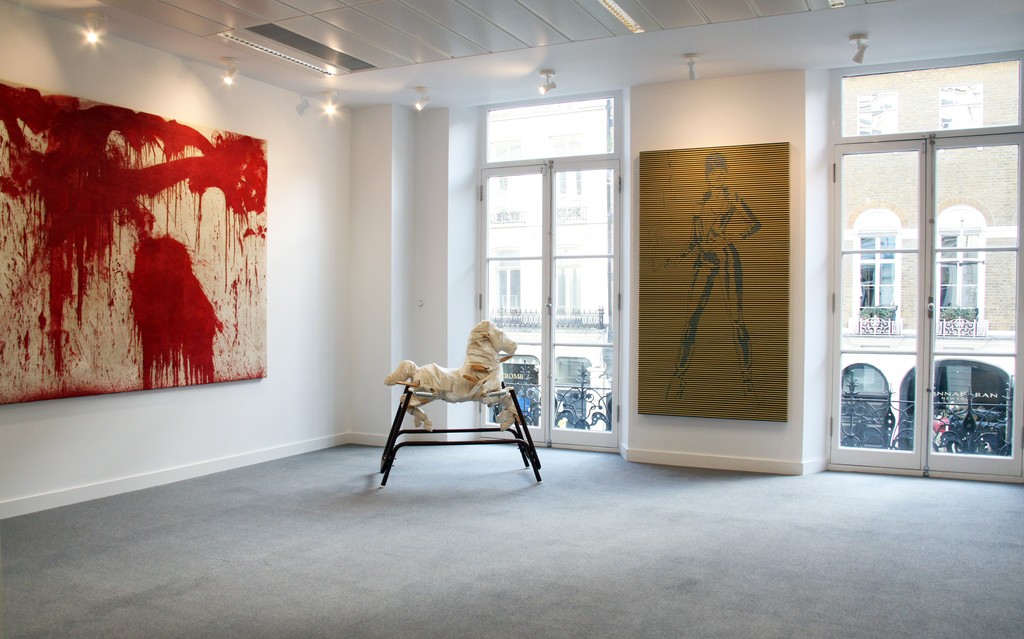 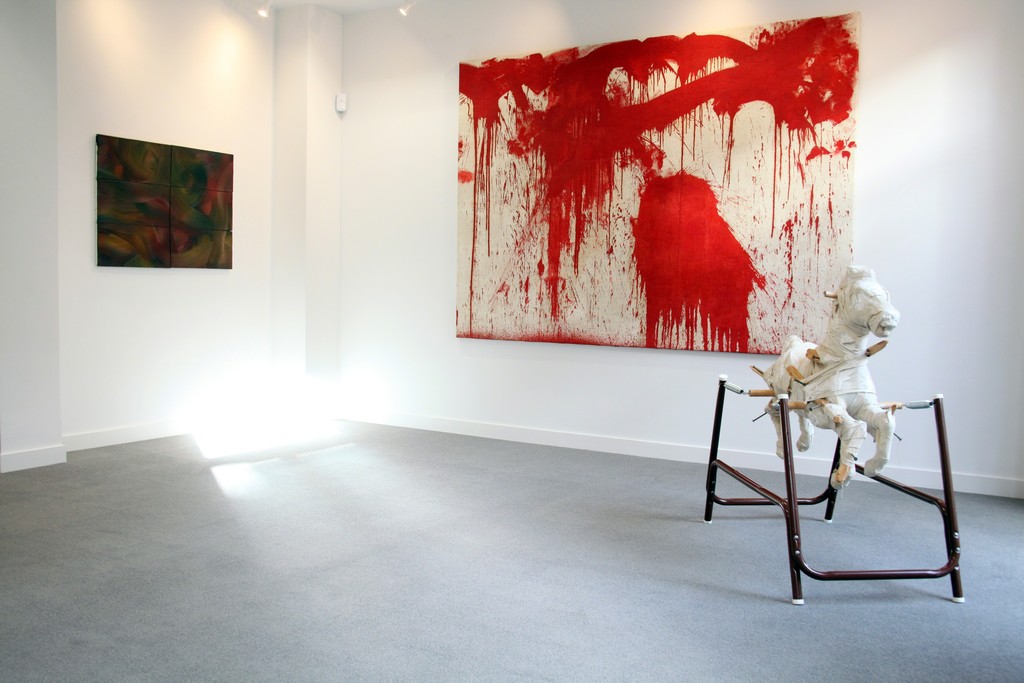 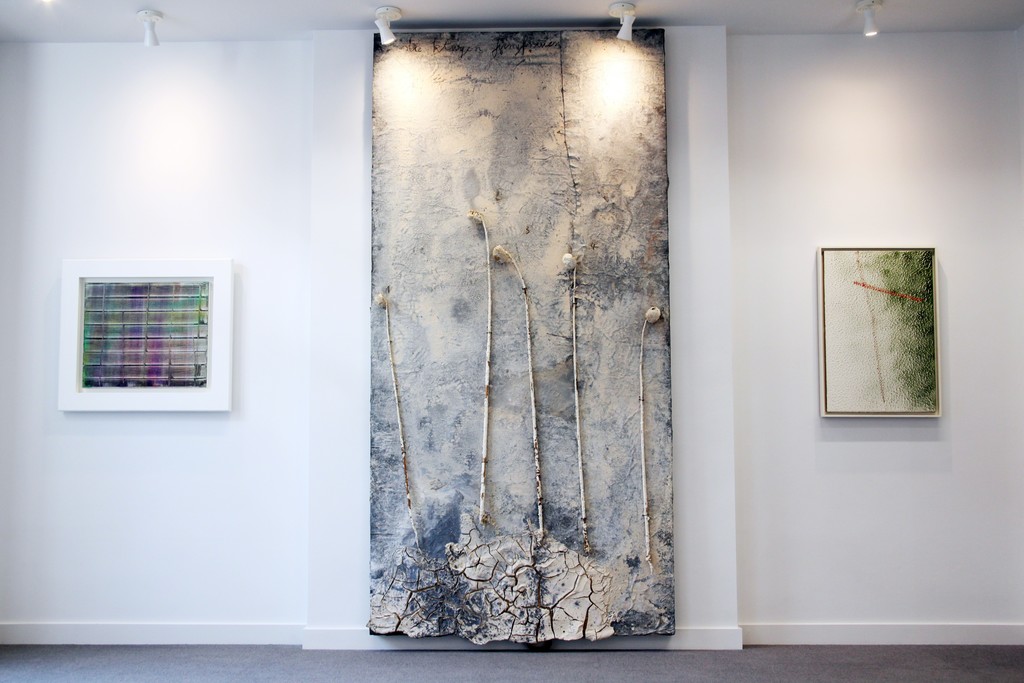 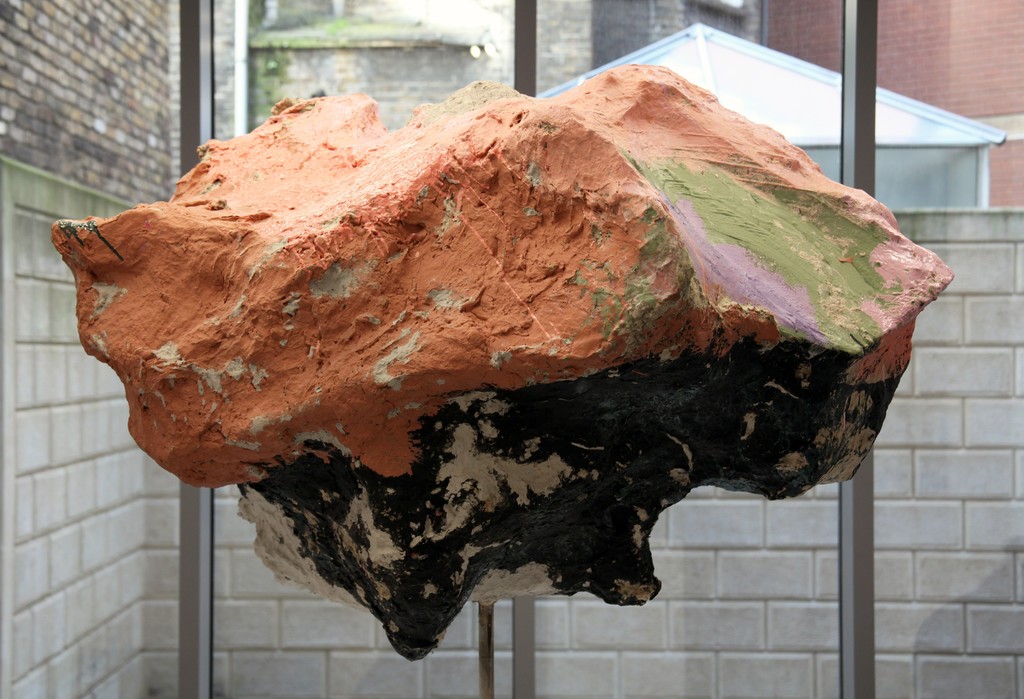 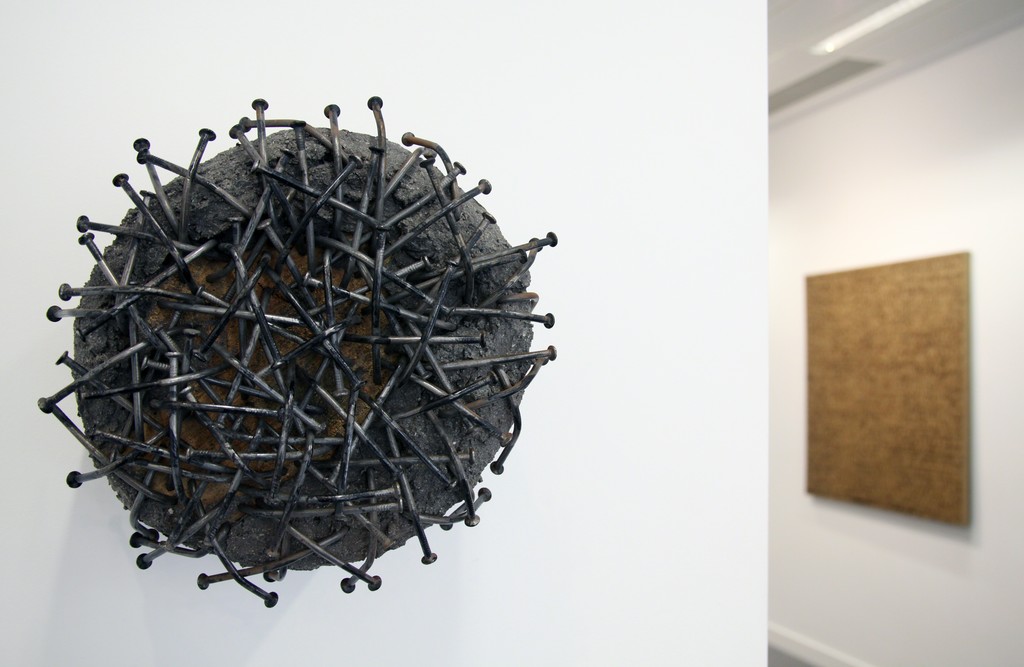 Conveying the aesthetic and social tumult of a shared cultural heritage, these powerful metaphors for a fragmented identity are expressed purely through the use of unorthodox methods: from Dirk Skreber’s haunting Barbarella, rising from the ashes of burning and picking techniques; to the rusty, blood-spattered canvases of Hermann Nitsch, a nod to the Lady Macbeth-like guilt forever on the hands of those who attempt to forget.

Touching on themes of religion, guilt, violence, authority and fragility, at the heart of the exhibition lies a deliberate erosion of boundary. Through choosing a variety of media that ranges from papier-mâché to wilted sunflowers, the artists are ‘making the familiar strange’; irreverently dismantling and violating tradition. The materiality of the artworks contemplate the impossibility and immorality of attempting to reset the clock, by physically embodying the layers of time we have accumulated.