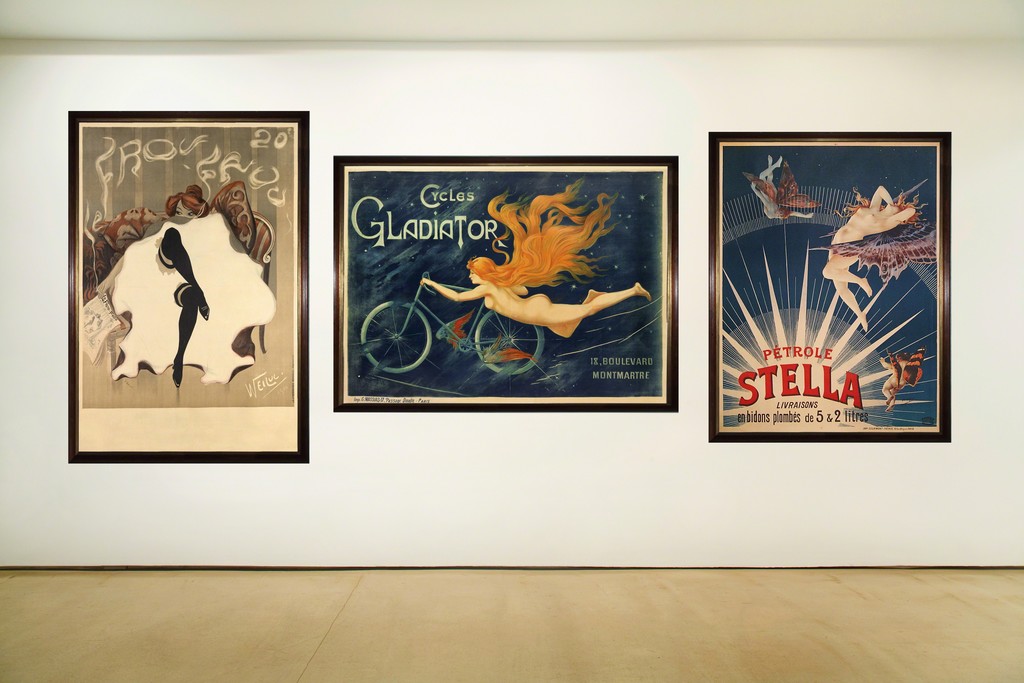 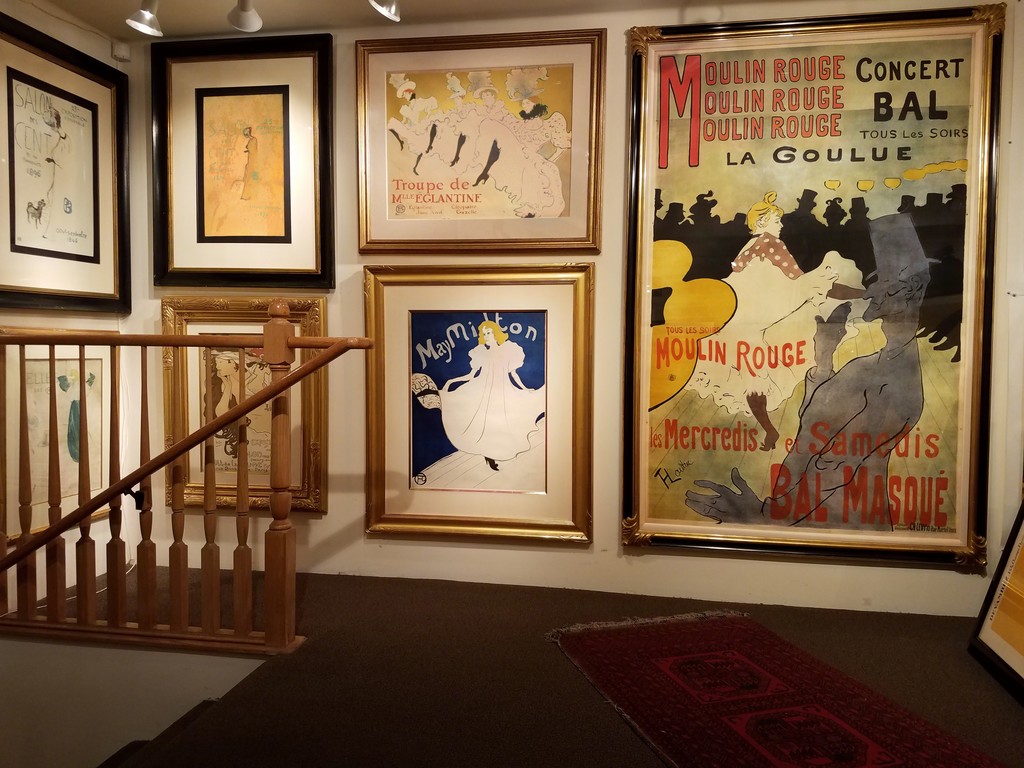 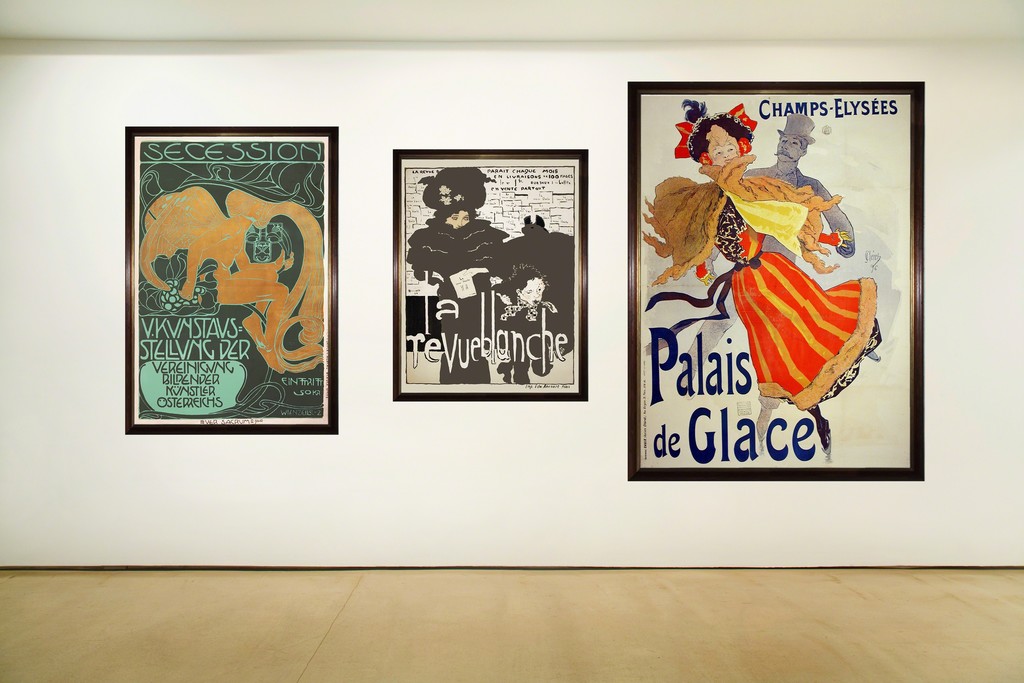 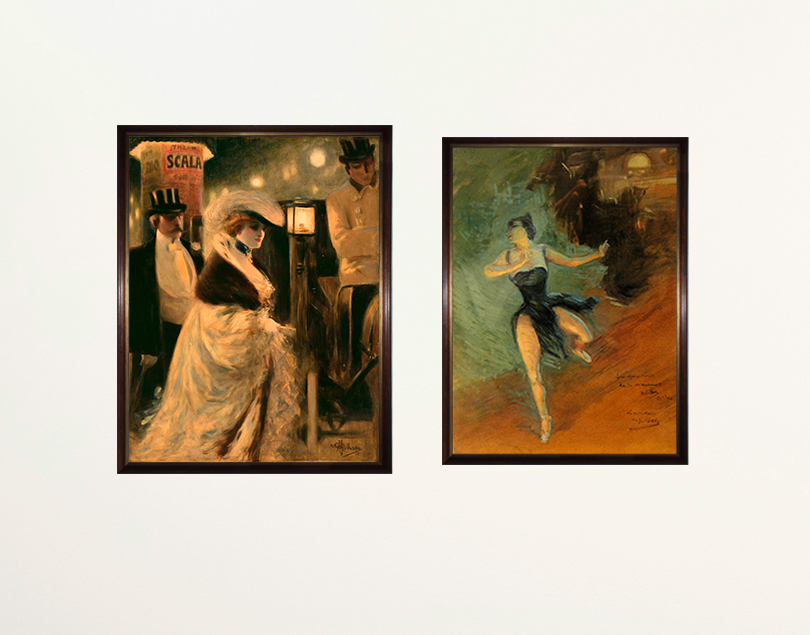 Although stone lithography was invented in 1797, Jules Cheret perfected the art form. Before the late 1880s lithography was primarily monotone. Adding the color process allowed the graphic arts to be elevated to another level. Many call him, “the father of the poster” due to his creativity and dedication for lithography. After 25 years, Cheret had refined lithography to high art.

Painters such as Pierre Bonnard and Toulouse Lautrec were awestruck by Cheret’s colorful and playful posters. Covering walls throughout Paris, the posters became a part of Parisian culture.

During the same period, artists such as Eugene Grasset, Manuel Orazi, Privat-Livemont, and Alphonse Mucha were developing Art Nouveau. Highly influenced by nature, Art Nouveau is ornate, stylized and structured.

In America, magazine publishers like, Scribner’s, Lipincott’s, Haper’s and The Century became the first to call upon artists to illustrate their covers using lithography.

Although the posters in this exhibition are from various countries and artists during the Turn of the Century, each are uniquely innovative, and have influenced the direction of graphic design.
Take this opportunity to to recognize the influence on the art movements that followed the Belle Epoque.