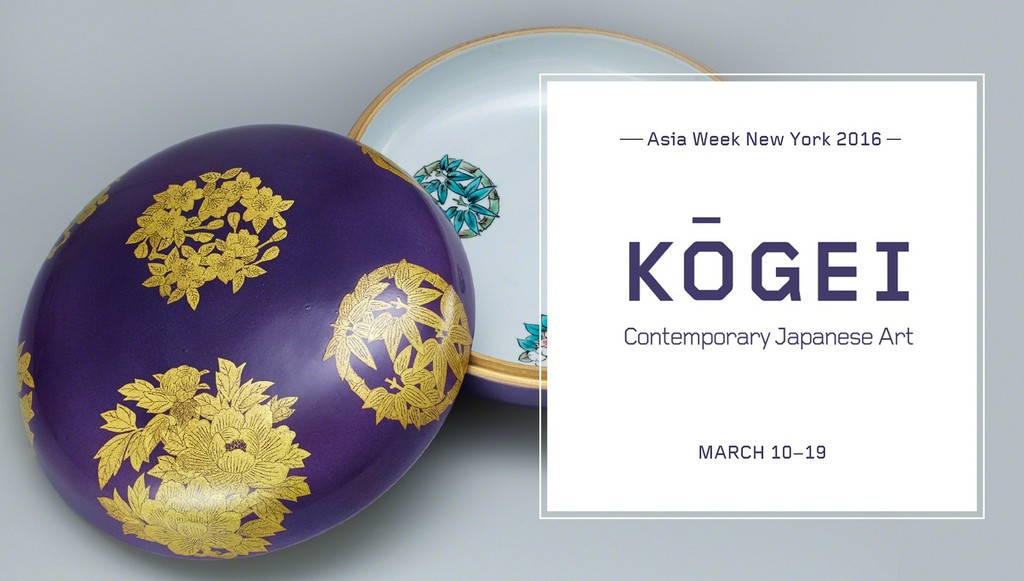 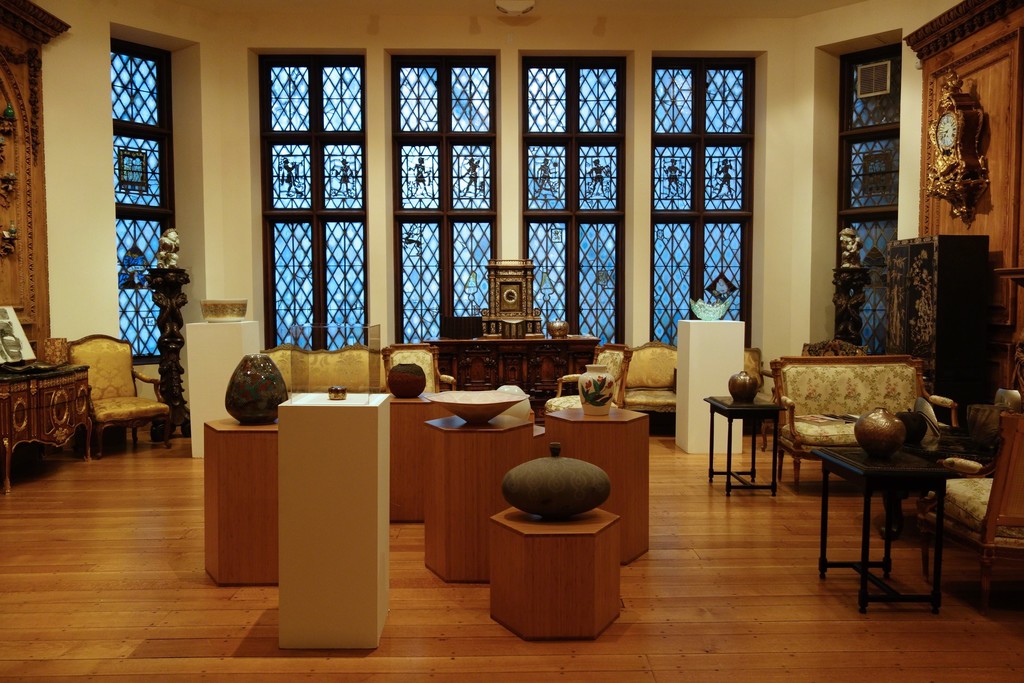 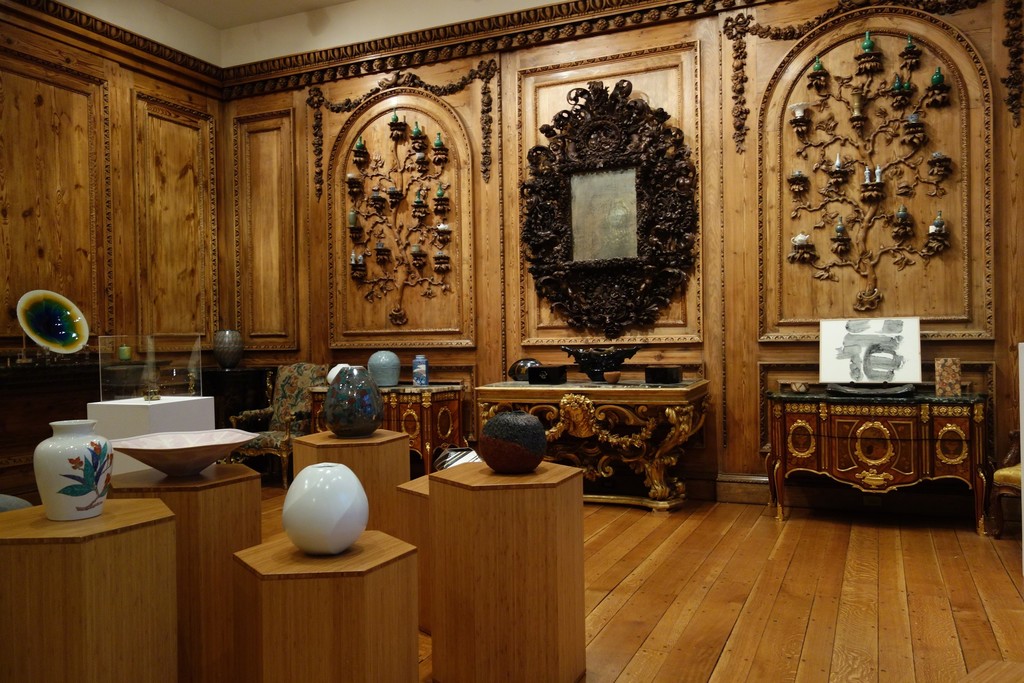 In celebration of Asia Week New York 2016 and the 10-year anniversary of Onishi Gallery, we are honored to present a landmark exhibition, “Kōgei: Contemporary Japanese Art.” Even more than a display of the exquisite artistic skills of over 30 Japanese contemporary artists, this exhibition introduces “Kōgei”—a category of art object described as “Art Crafts” in Japanese—into the international art market for the first time. “Kōgei” refers to a class of artistic creations produced with advanced technical skill and refined design aesthetics. Japanese artists develop Kōgei in close association with the needs and conditions of everyday life in cities and prefectures throughout Japan, drawing upon local aesthetics and regional materials to reflect diverse social, cultural, and physical environments. Kōgei was shown for the first time in an art exhibition outside of Japan in 2007 by the British Museum, followed by an exhibition at the Morikami Museum and Japanese Gardens in 2013, and most recently at the Museum of Arts and Design in New York in 2015. Building on this momentum, Onishi Gallery is now proud to present the beautiful form and rich history of Kōgei to the American public and the international art market here in the heart of the art world in New York City.

Japanese history is characterized by the integration of artistic with cultural traditions, and this exhibition exemplifies how material and ritual cultures have merged through artistic expression, specifically in the remarkable works of Kōgei. Such objects in this exhibition as the Japanese tea ceremony pieces, including teacups, water jars, and flower vases, demonstrate the functionality and fluidity of Kōgei forms, refined designs for vernacular life customs. The creations of 32 artists who work in ceramics, metalwork, lacquer work, and glass, and who define the Kōgei art scene in Japan today, are featured in this exhibition. Included in this select group are 13 “Living National Treasures”—artists honored by the Japanese government as holders of “Important Cultural Property” who carry social histories and cultural traditions of the past into the present through their traditional creative practices. Complementing the work of this leading core is that of a generation of younger artists who challenge expectations of what Kōgei has been and should be. Drawing upon both Western and Japanese creative elements in their work, these young artists are redefining the Kōgei tradition, representing a diverse range of Japanese contemporary art.

Among the dozens of rare talents showcased in this exhibition are three uniquely inspired artists: Imaizumi Imaemon XIV, Osumi Yukie, and Tokuda Yasokichi IV. Imaizumi Imaemon XIV, son of a Living National Treasure in ceramics, was designated the youngest Living National Treasure in Japanese history in 2014 for his work in contemporary Nabeshima porcelain ware. Using a signature and historic design technique that involves an underglaze painting that disappears entirely after firing but for a pattern of white lines, his work reinvigorates Edo-period aesthetics with a contemporary eye for design. Osumi Yukie, designated the first female Living National Treasure in Kōgei in Japanese history, is known for her mastery of hand-raised silver vessels decorated with a specialized inlay technique similar to damascene. And Tokuda Yasokichi IV, daughter of the famous Kutani porcelain artist and Living National Treasure Tokuda Yasokichi III, is a pioneering woman as a female artist to succeed the head of a traditional pottery family and ceramic dynasty. These artists are only three of the incredible creative visionaries featured in this exhibition who are reshaping the form and function of Kōgei for the future.

Due to both the important role that this exhibition will play through its introduction of “Kōgei” to the United States art market, and the great number of Living National Treasures featured in this show, the Japanese government has provided support for this special exhibition. Following its closing in New York City, the exhibition will travel to Washington D.C. to open for one month at the Embassy of Japan on April 5, 2016. A Japanese tea ceremony will be held during the Washington D.C. exhibition to illustrate the role that Kōgei plays in contemporary Japanese life, and a lecture about the tea ceremony by featured artist Ohi Toshio, along with selected tea ceremony artworks made by Murose Kazumi (a Living National Treasure artist working in lacquer), Ohi Chozaemon X, and Ohi Toshio, will be highlighted throughout the month.

Representing a creative expression that unites tradition with innovation, form with function, strength with flexibility, nature with culture, and art with craft, Kōgei captures the Japanese approach to everyday life. It infuses the old with the new, and social expectation with individual will, so that users and admirers of Kōgei artwork will find both personal traditions and cultural histories in each piece of art.

This is the fourth year that Onishi Gallery is participating in Asia Week New York. For the duration of this Asia Week New York 2016, we will be conveniently located at our temporary Upper East Side location at 53 East 77th Street. Our permanent gallery location is 521 West 26th Street, where we will also be exhibiting featured works from select artists showcased in Kōgei: Contemporary Japanese Art. For more information, please contact Nana Onishi at 212-695-8035, or by email at [email protected]. Or, please visit the gallery website at www.onishigallery.com.