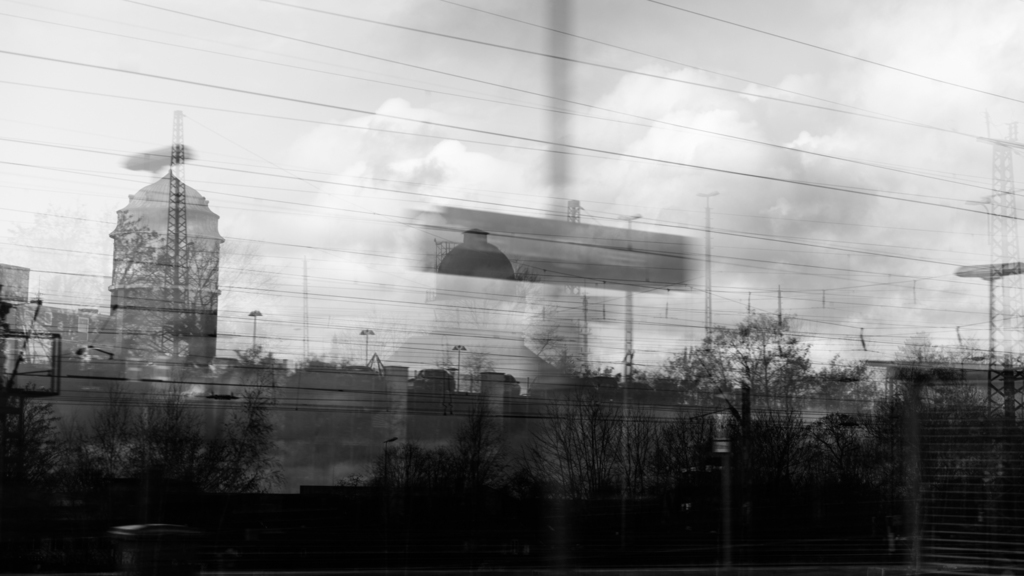 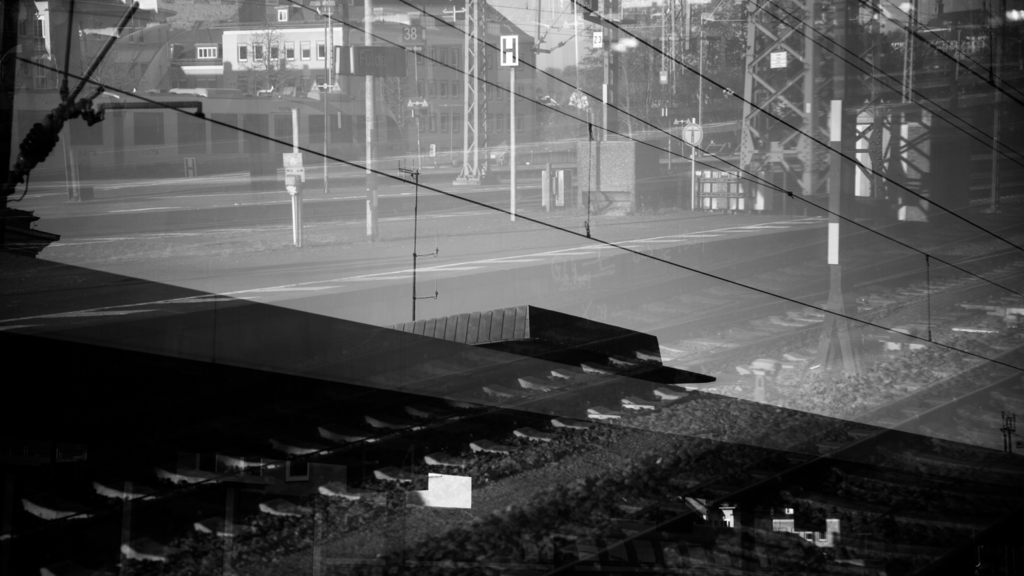 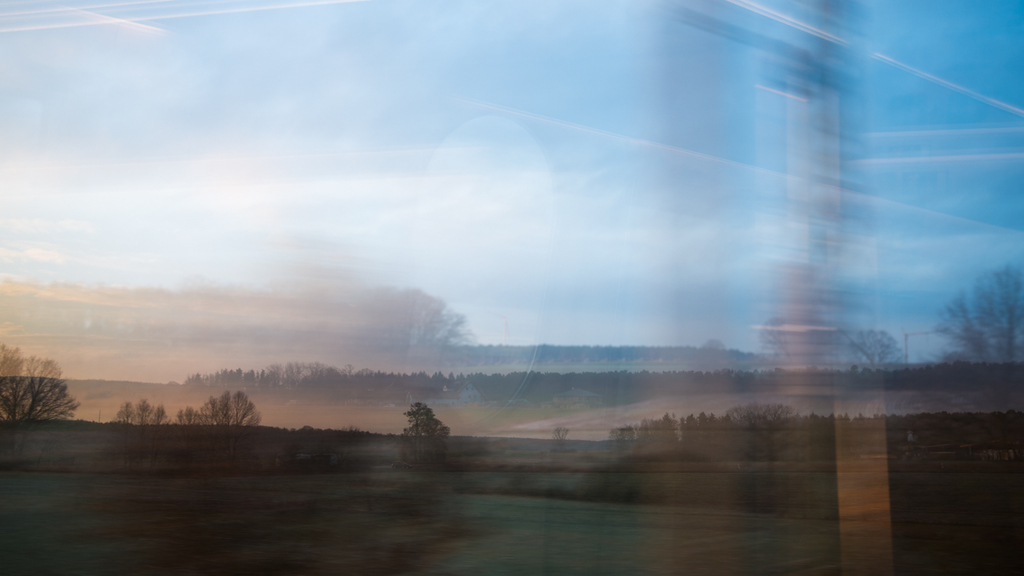 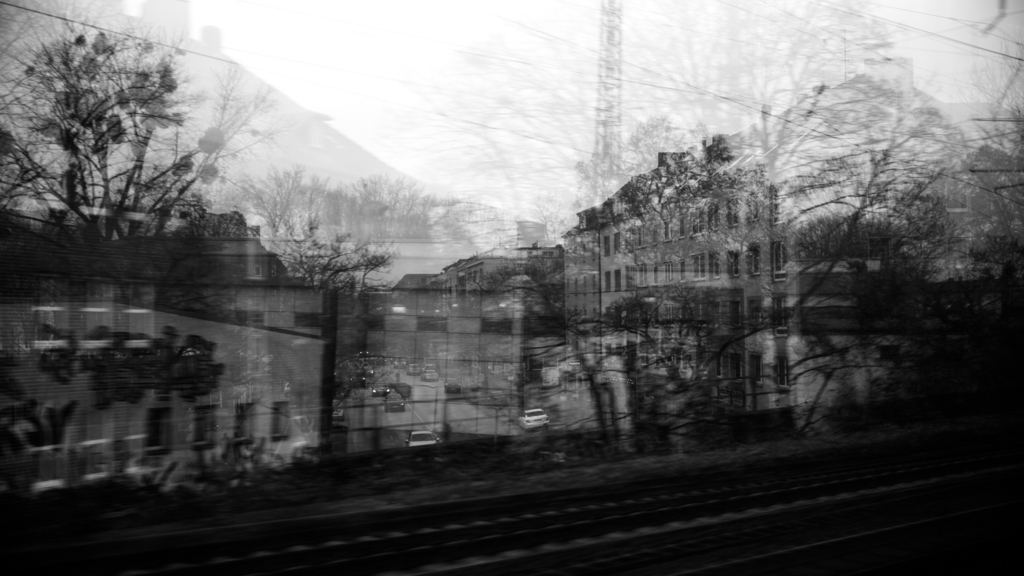 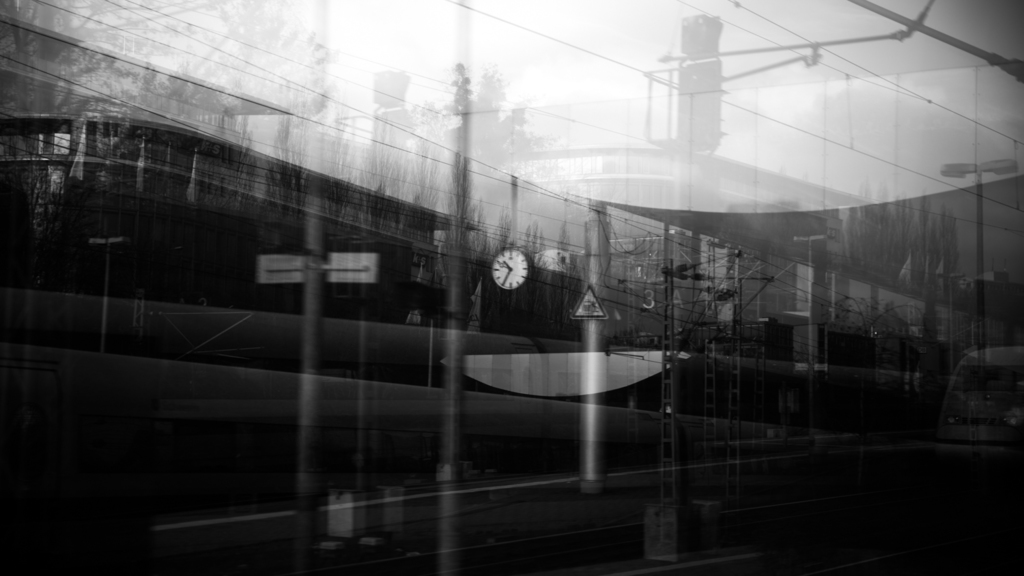 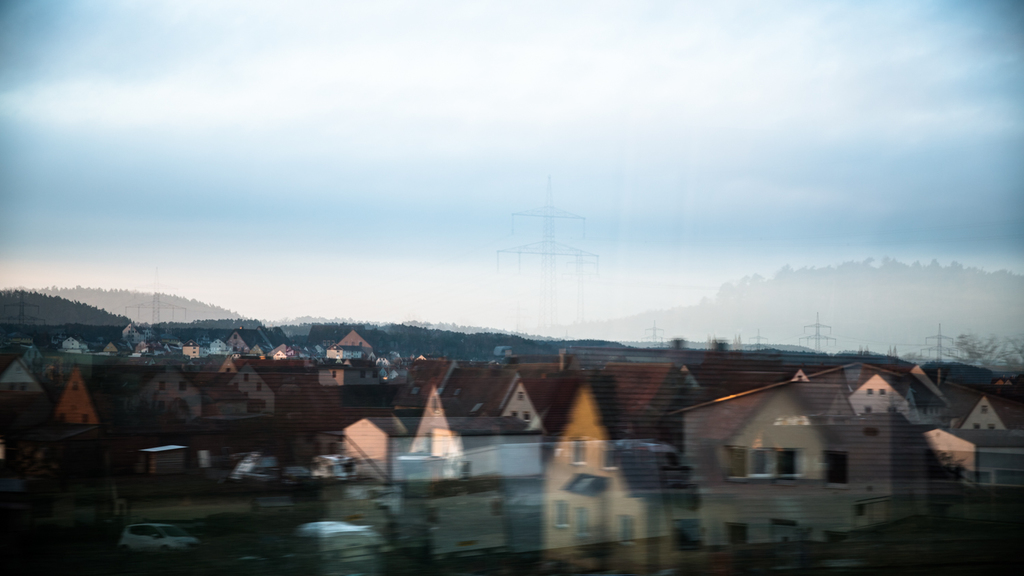 Open Mind Art Space is pleased to announce an exclusive online solo exhibition, "In Transit", featuring new photography by returning artist Ina Jungmann. The exhibition will launch online on Artsy on Tuesday, September 3rd at 12:00pm PST, and will be on view online only from September 3rd through the 27th, 2019

"In Transit" is a selection of works from Jungmann’s new series of multiple exposure photography titled "From South to North". The series documents the moving scenes she saw through the window of a train while traveling across her home country of Germany, from Munich in the south to Bremen in the north. Instead of checking emails on her phone or indulging in a book as one would normally do on a long train ride, she decided to take out her camera to capture the cityscapes and landscapes zipping by along the journey. Jungmann reflects, “In today’s age, we are so occupied with looking for the next moment, and waiting to be there already. We pass time while we are on the phone, reading, texting, scrolling, and thinking about what the rest of the world is doing rather than acknowledging what we are doing in the current moment.” While compiling the images in this series, it was not Jungmann’s intention to capture any particular characteristics of the places that passed by, but rather the forgotten, unimportant fleeting moments in between, to remind us that if we look up from our electronic devices once in a while, it can bring us back to the here and now, even for a split second.

Photographer Ina Jungmann takes an art form known for faithfully capturing a moment in time and uses it to explore our fractured relationship with place, hope and memory. Fascinated by people’s ability to perceive place in terms of present, past, and future, Jungmann uses multiple exposures to create high-end art pieces that are textured, nuanced, and at times otherworldly. Her photographs have been widely exhibited in Los Angeles, Germany, Syria, Poland and Switzerland. Educated at UCLA and the Burg Giebichenstein University of Art and Design in Halle, Germany, she studied with acclaimed photographers James Welling and Rudolf Schäfer. She is honored to be mentored by Japan's Miyako Ishiuchi.