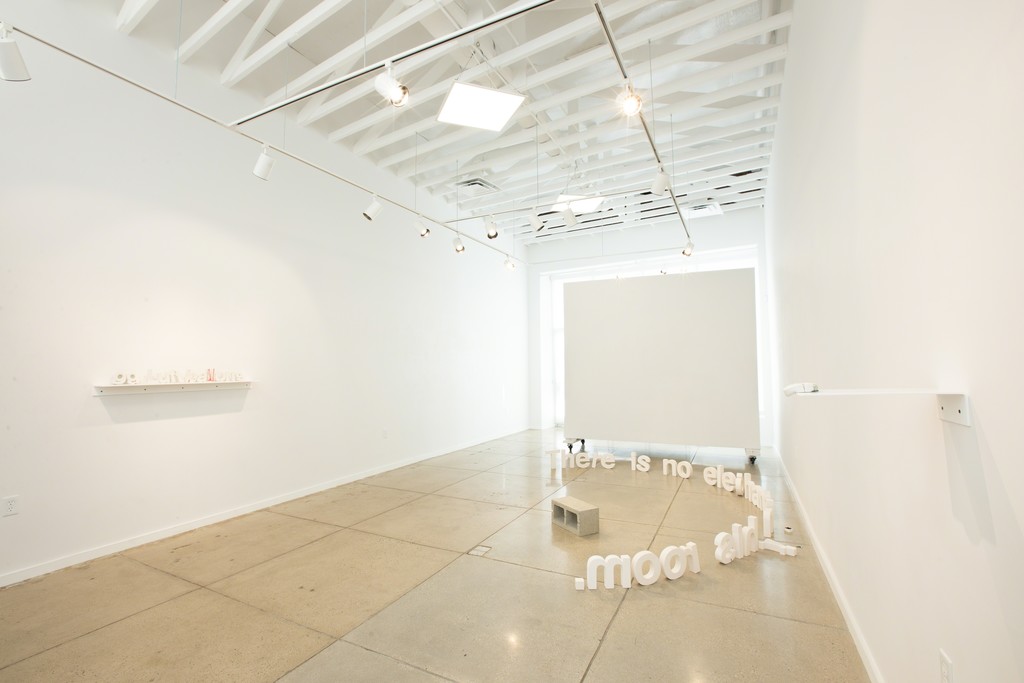 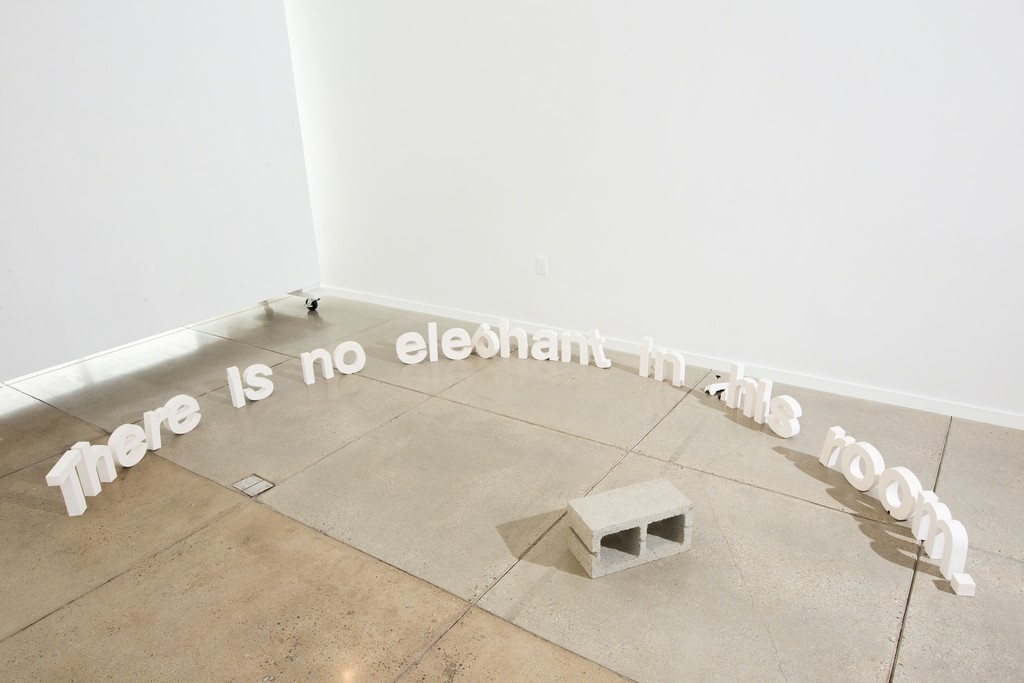 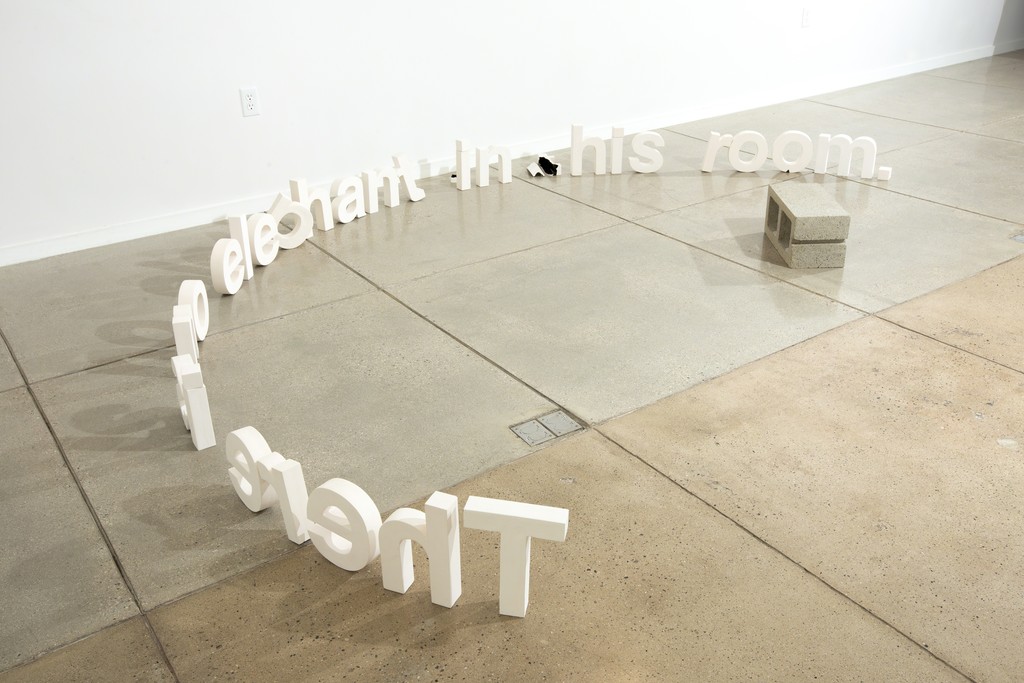 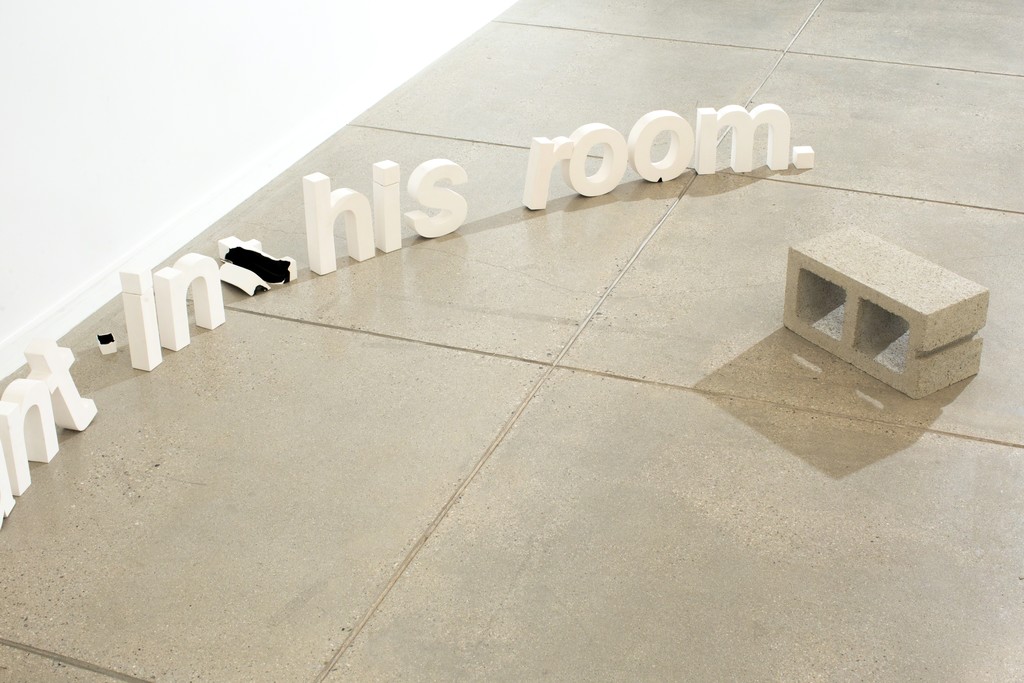 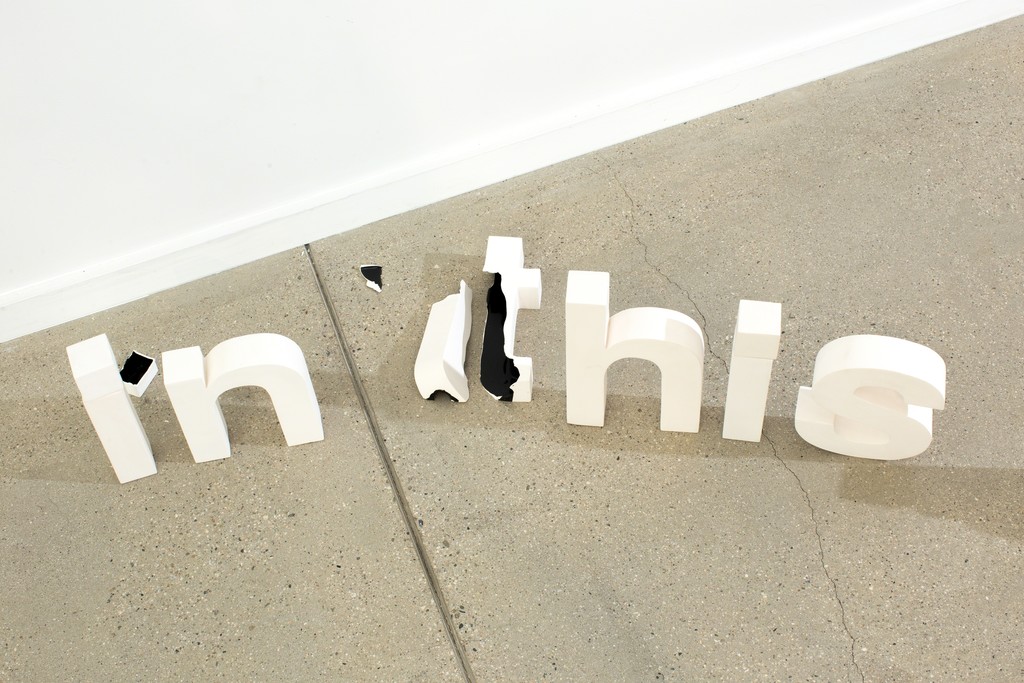 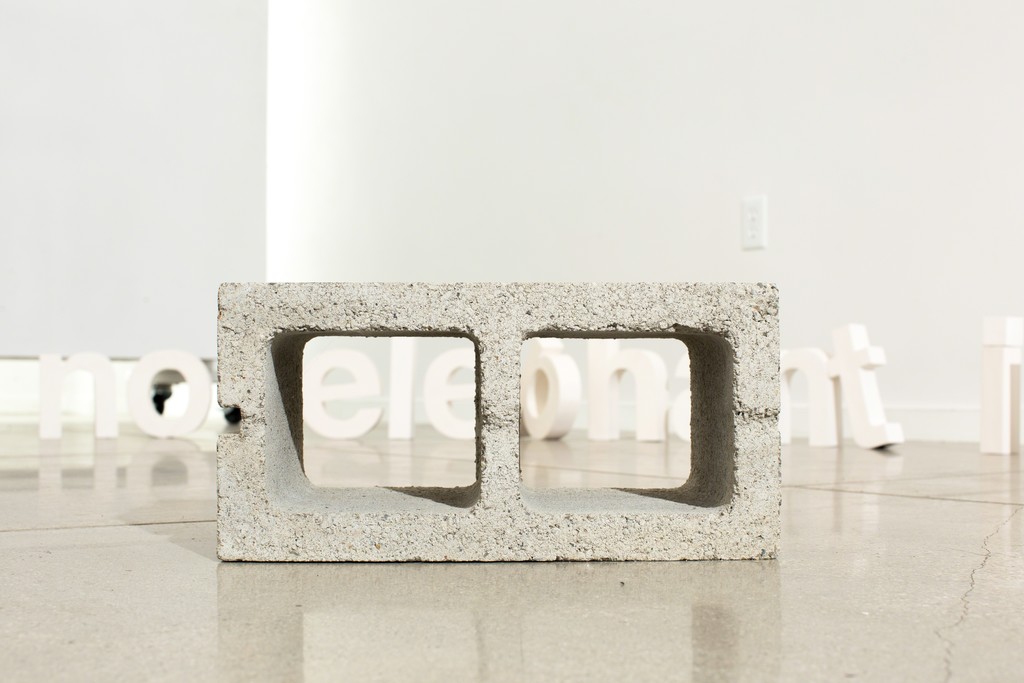 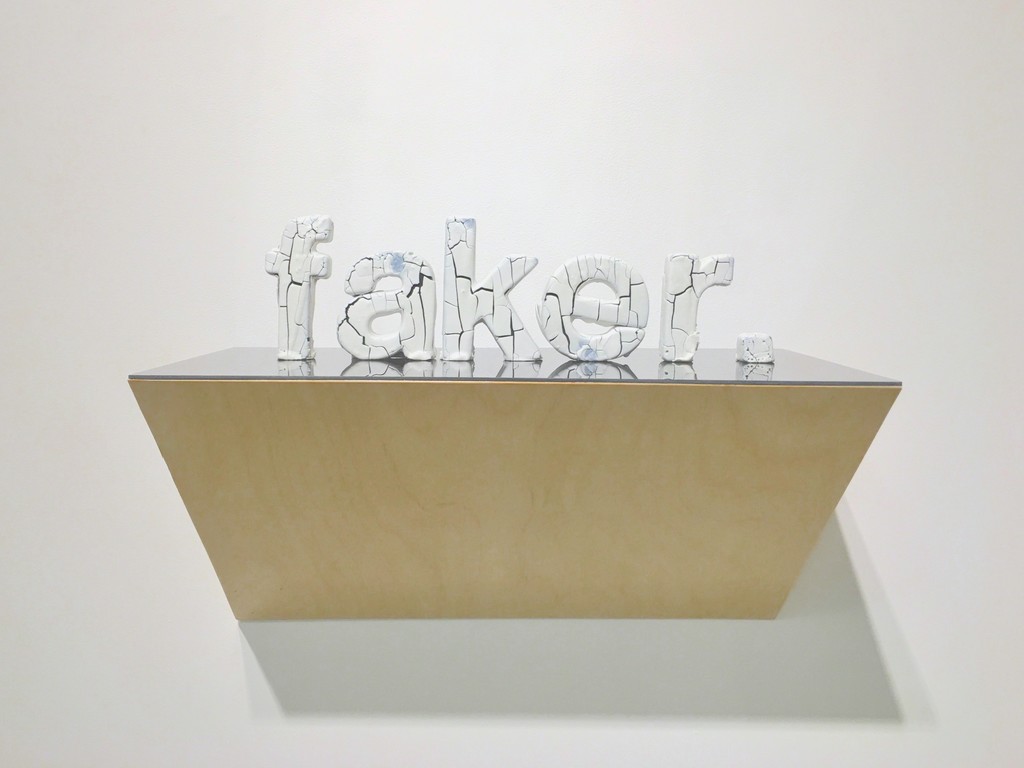 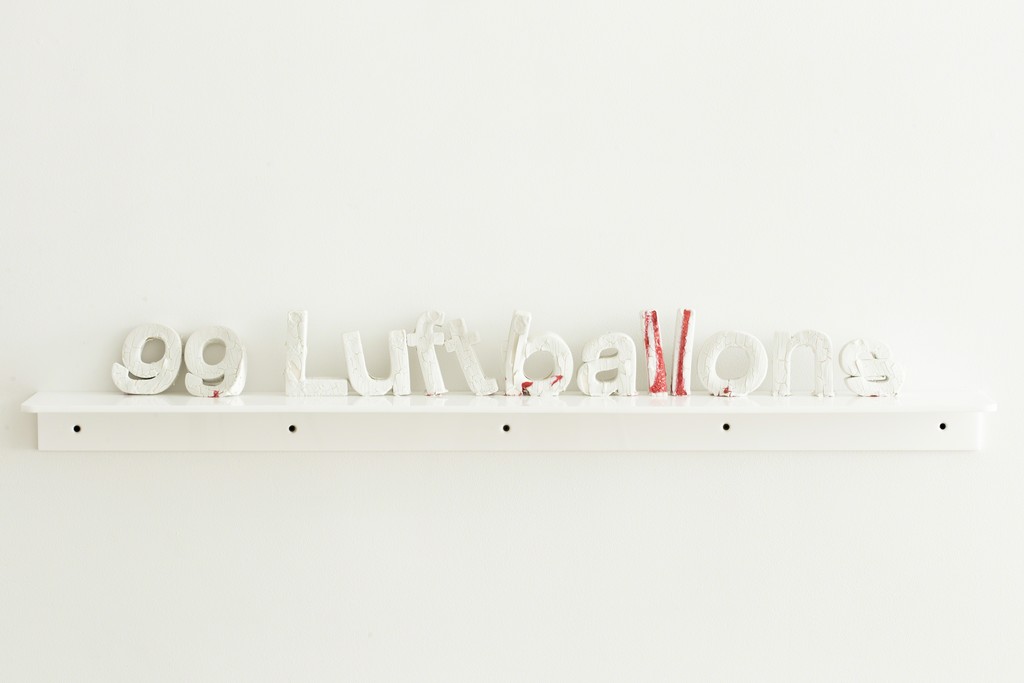 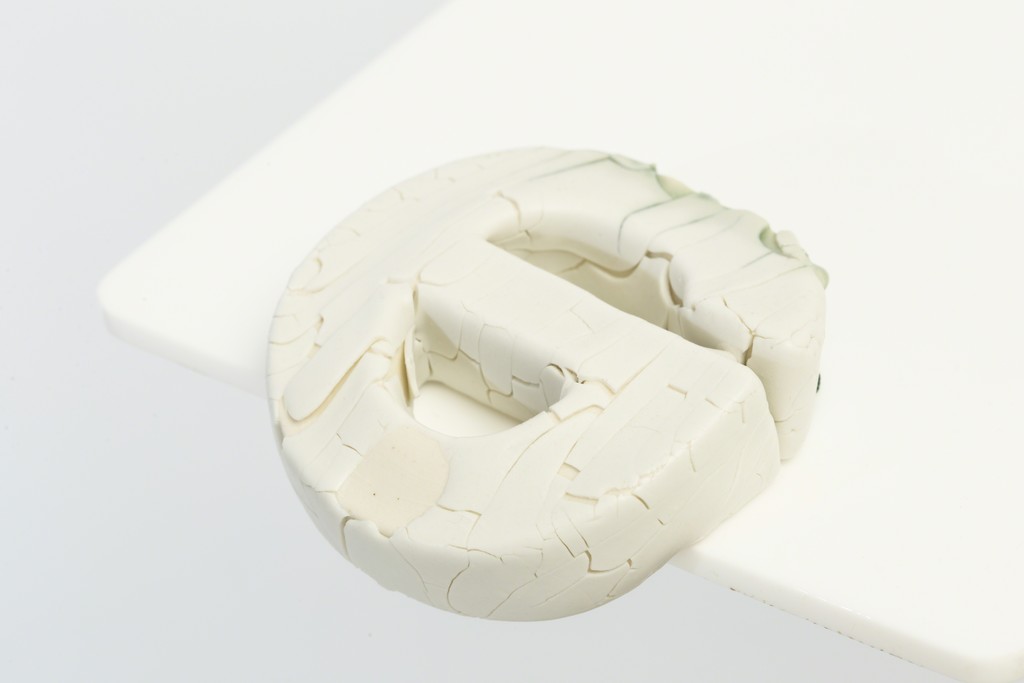 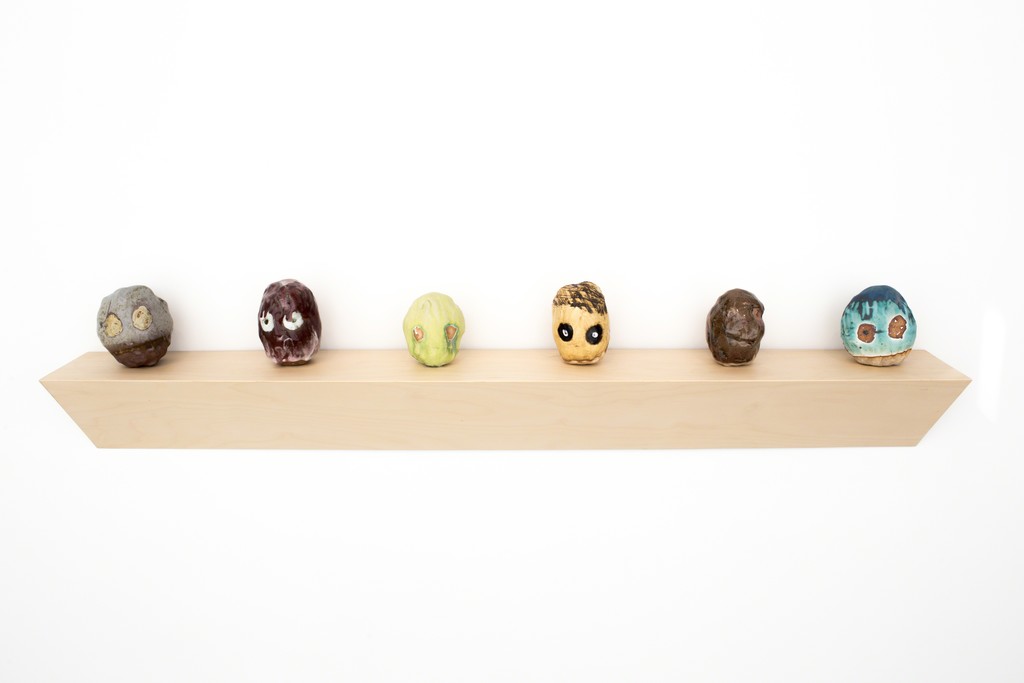 (LOS ANGELES, CA) - Open Mind Art Space is pleased to present There is no elephant in this room. featuring new work by Los Angeles-based artist, Thomas Müller. An opening reception for the artist will be held on Saturday, November 11th at 7:00 PM - 9:00 PM. The exhibition will be on view from November 11th through December 8th, 2017.

There is no elephant in this room. is an intimate display of Thomas Müller’s text-based sculptures which are part of his continued exploration of language within its conceptual and visual forms. “Language conveys the human experience. It is utilitarian and poetic, it is sacred and profane, it is profound and silly, and is ultimately magical and powerful, yet completely malleable and fallible,” says Müller. Language is a skin surrounding abstractions, ideas and concepts, and it is a vessel that facilitates communication. However, language is beautiful yet ephemeral. Müller attempts to capture the fleeting nature of language by giving it material and form. While materiality allows the work to explore the ephemeral nature of ideas and language, it is that physicality that not only emphasizes the liminal spaces between letters, words and phrases, but also brings attention to the interior spaces of letter forms which embody the internal architecture and meaning of language and communication.

Thomas Müller is an artist and educator currently living and working in Los Angeles, California. A Swiss/US citizen, he was born in Cape Town, South Africa and spent his childhood growing up around the globe. His exposure to disparate locales and cultures during his childhood and adolescence has inevitably influenced his work, in particular as it relates to language, memory and time. Shortly after receiving his MFA from the Cranbrook Academy of Art in Michigan, he moved to Los Angeles and has maintained an active studio practice and exhibition record, showing locally, nationally and internationally, with recent solo shows in Los Angeles, Denver and Washington DC. He currently works as an associate professor at The University of Southern California (USC). www.thomaspmueller.com