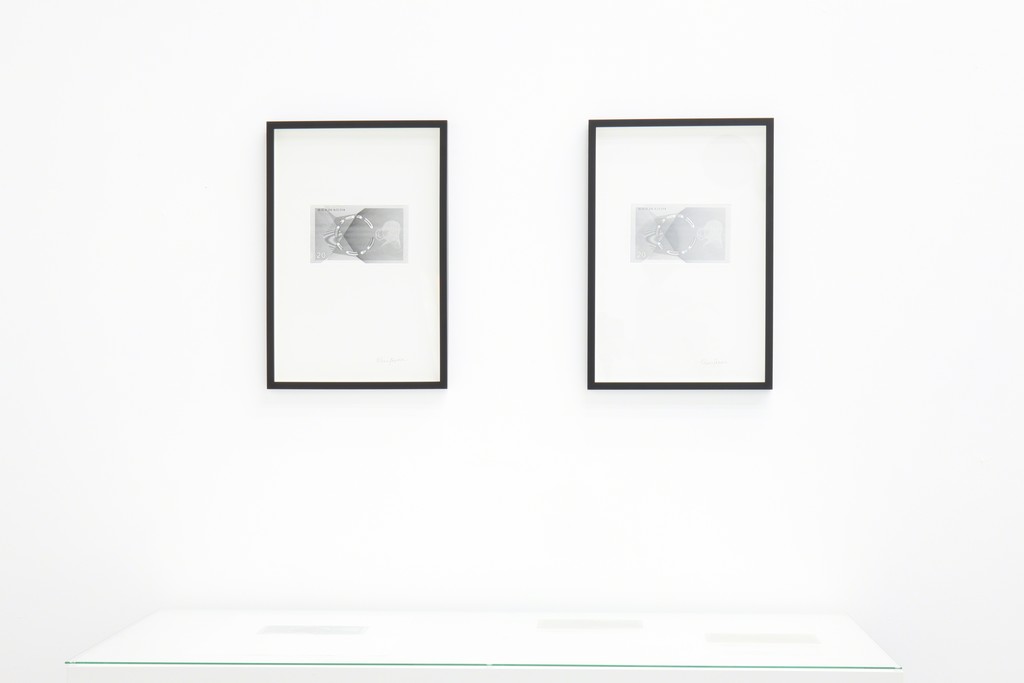 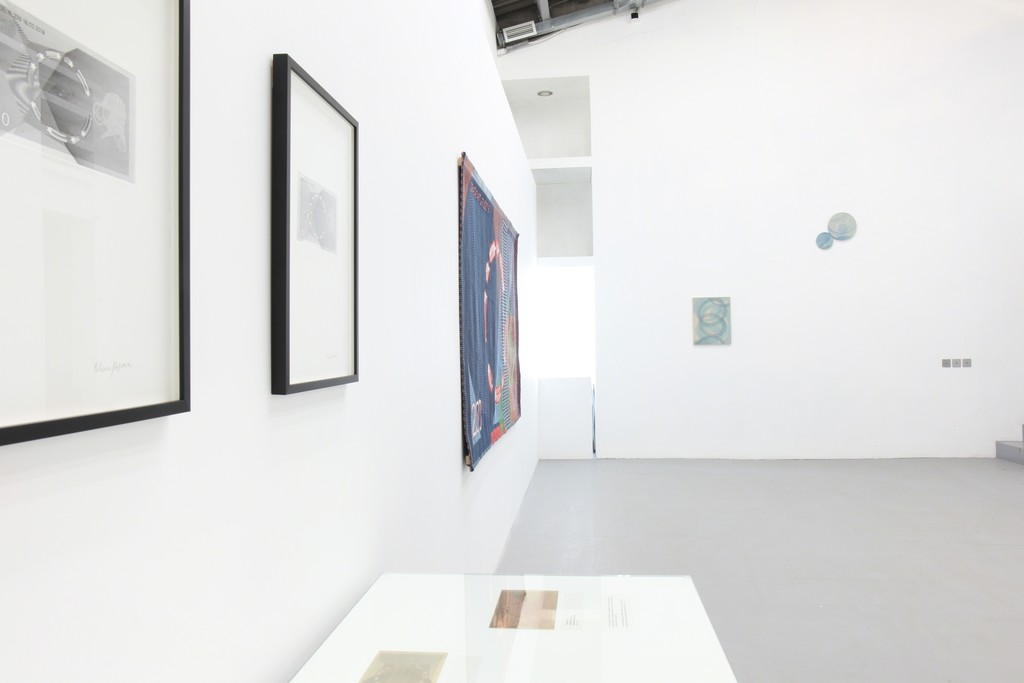 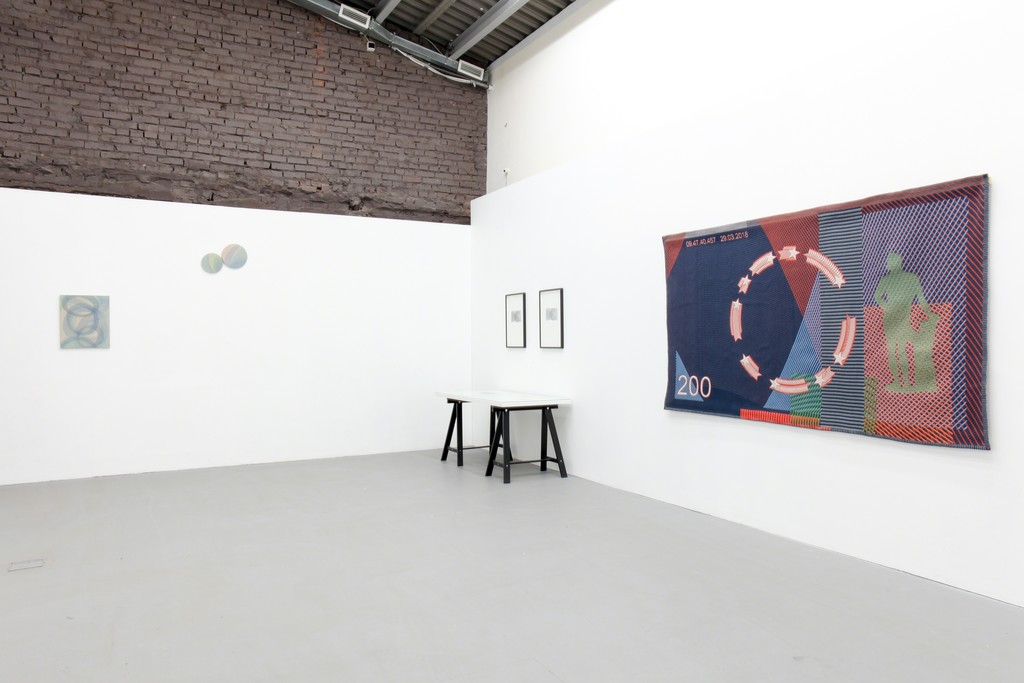 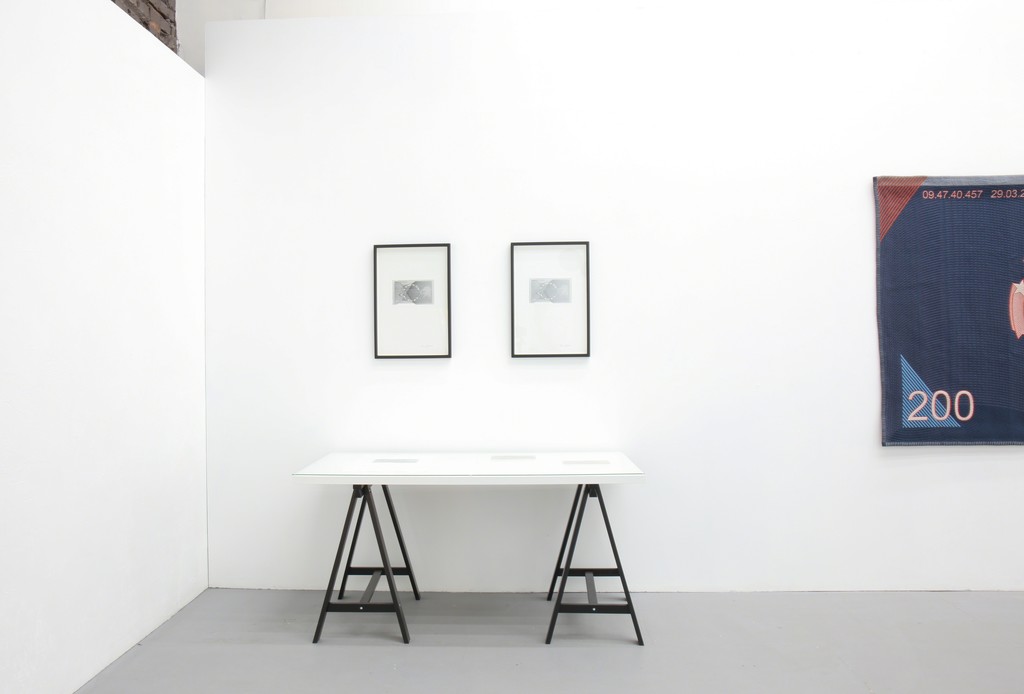 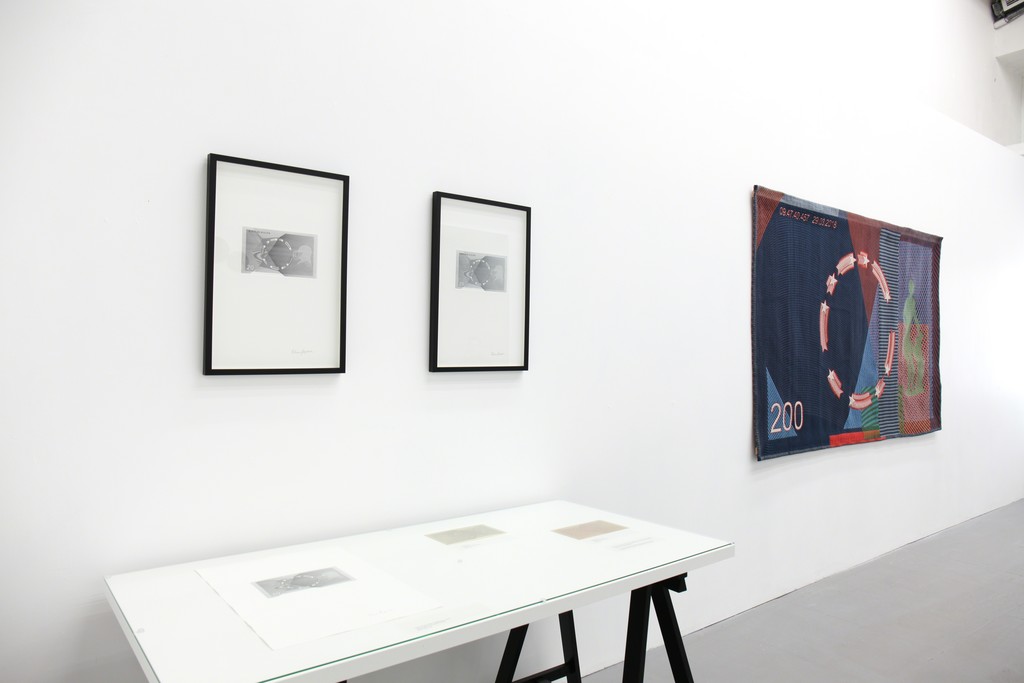 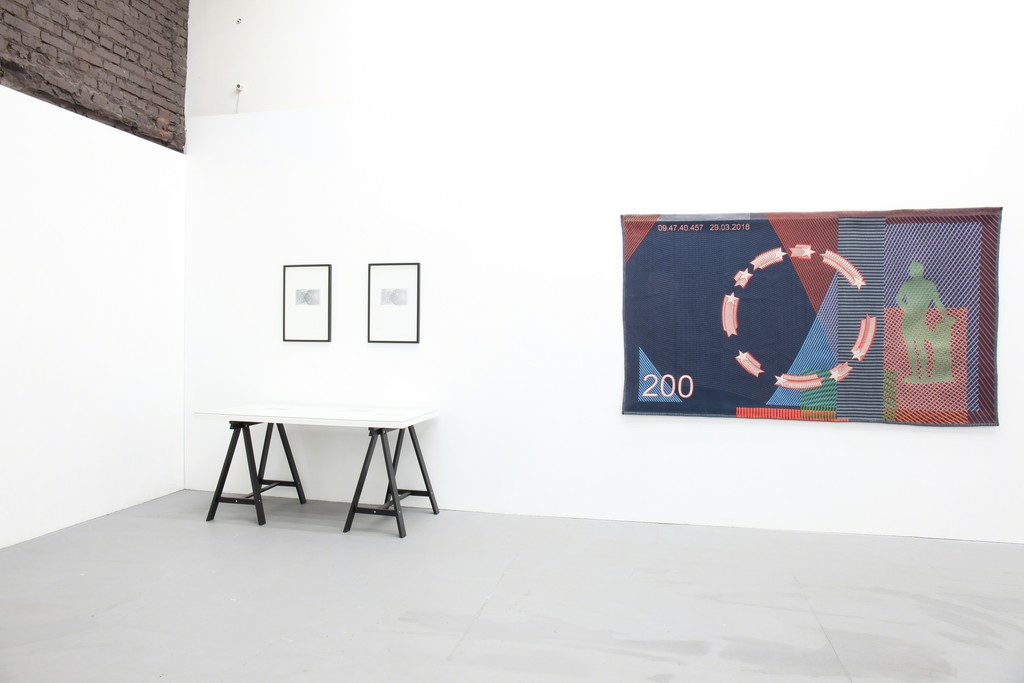 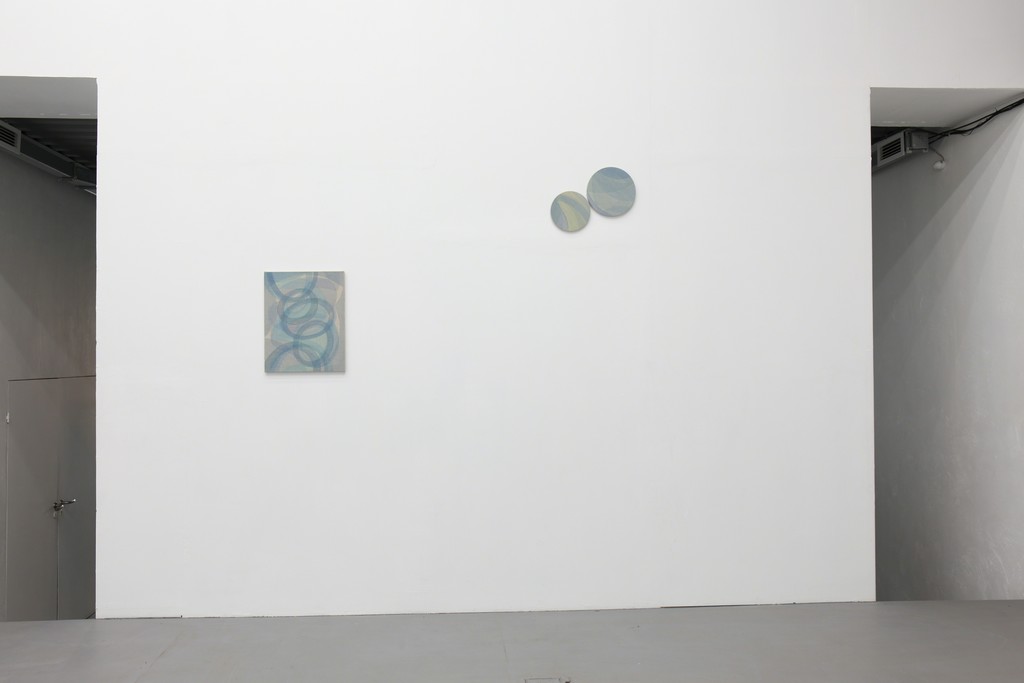 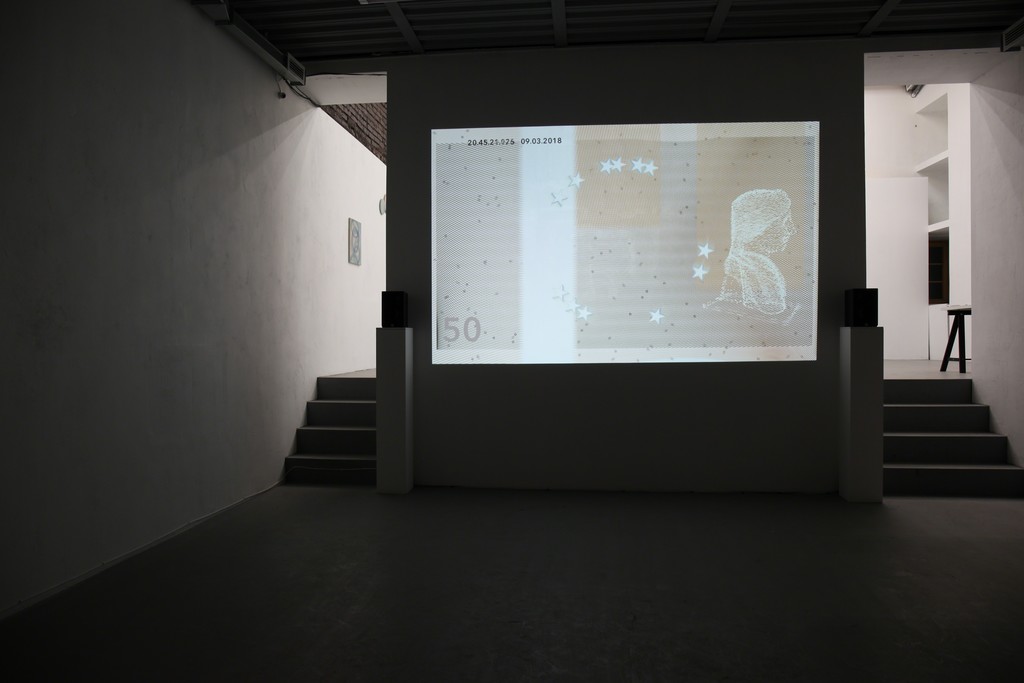 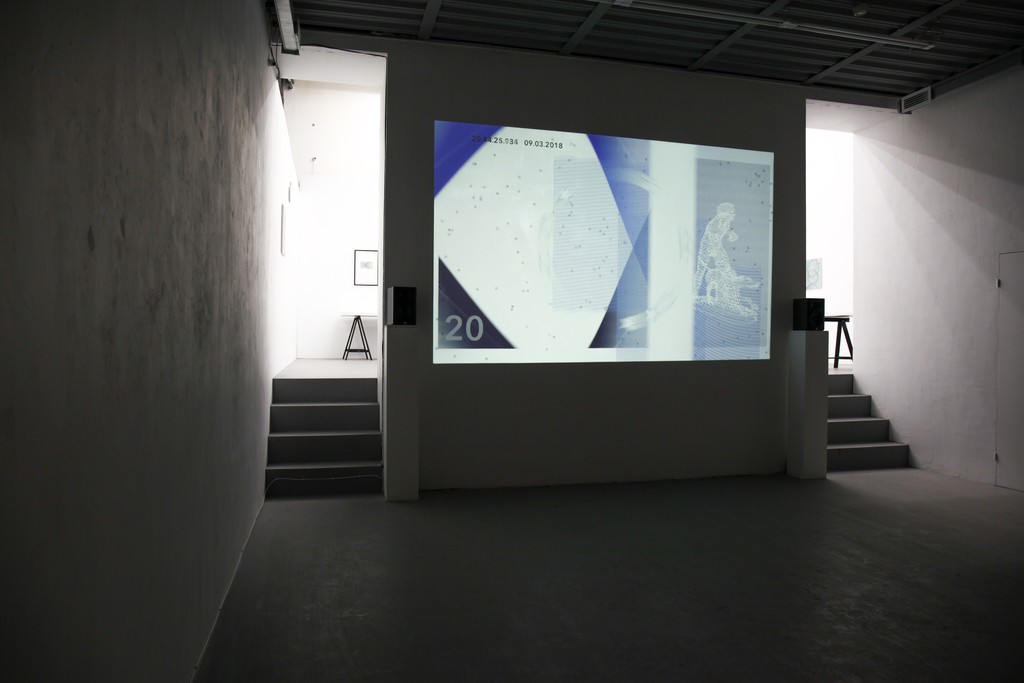 The central piece of the exhibition is video installation ‘This Certifes That’ that also gives the show its title. ’This Certifes That’ is a code- generated computer performance projected on a wall with sound. A computer in real time generates images reminiscent of Euro banknotes in denomination of 5 to 500 Euro (with convoluted and interlocking Guilloche lines and 3D scans of sculptures from Oliver Laric’s project for Lincoln Museum, UK). The elements that make up the image constantly shift in potentially in nite patterns, at some point the whole sequence crashes, and then rebuilds itself.
The visual stream is accompanied by a soundtrack that can be described as an algorithmic composition (sound developed in collaboration with Rebecca Lee, and inspired by Cornelius Cardew’s music experiments).
A constantly morphing sonic landscape is built from different sources, including sampled audio, human and simulated voices. The computer voices with different accents read sentences which are randomly selected by the machine- world to formulate different propositions.