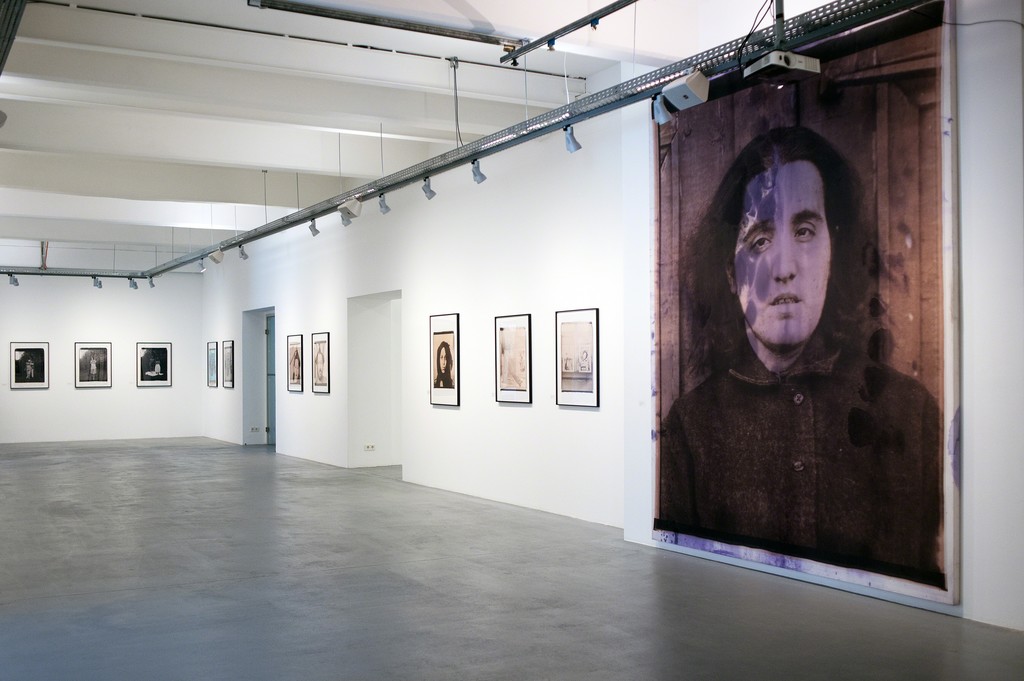 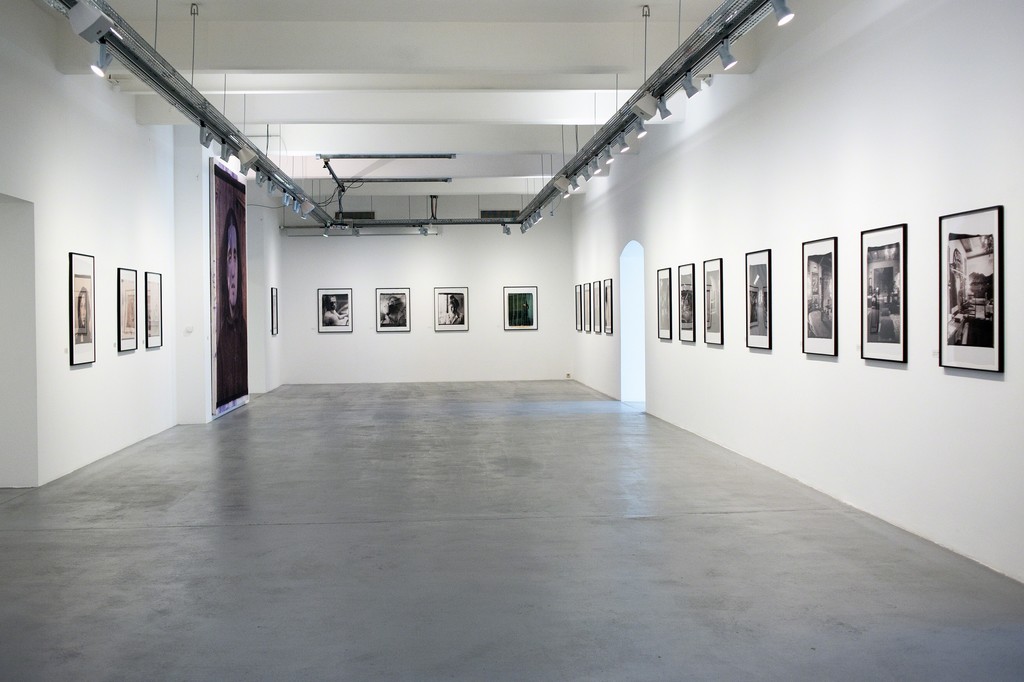 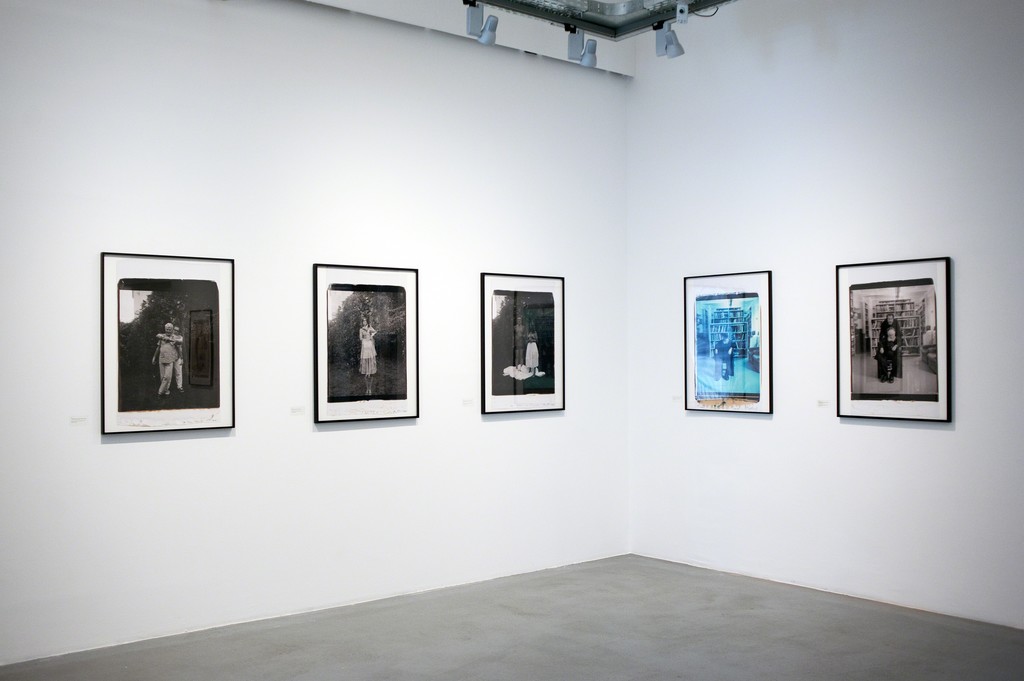 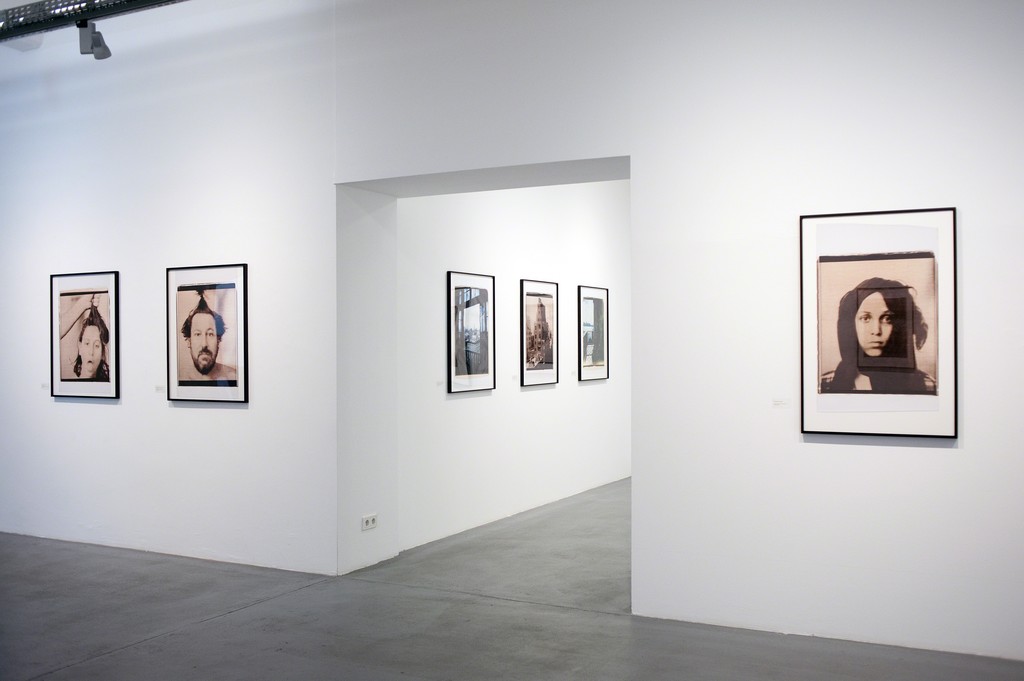 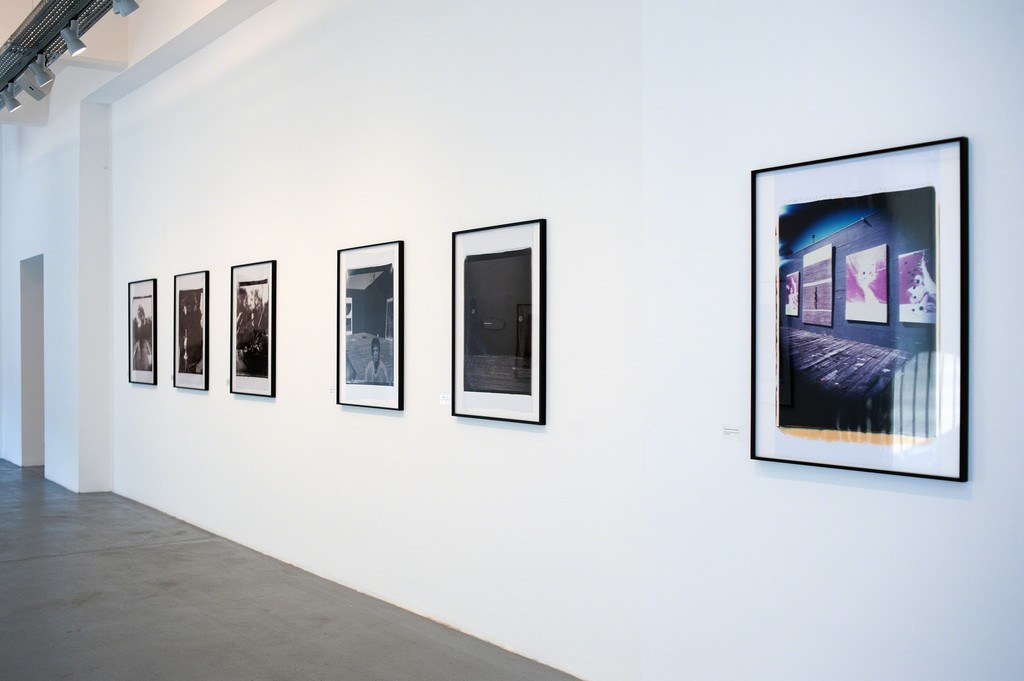 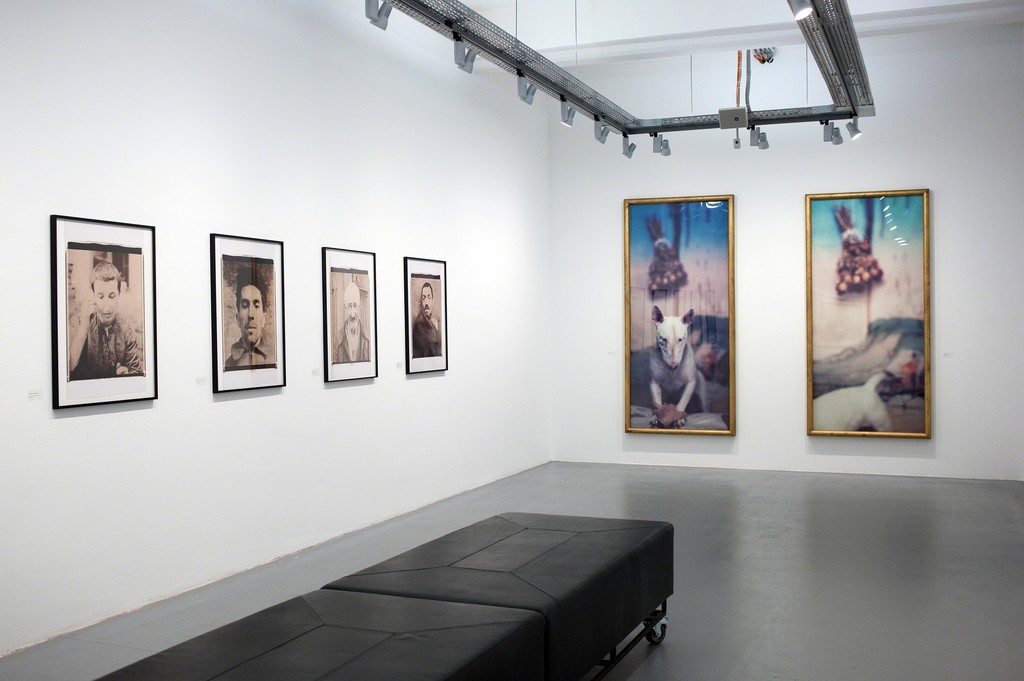 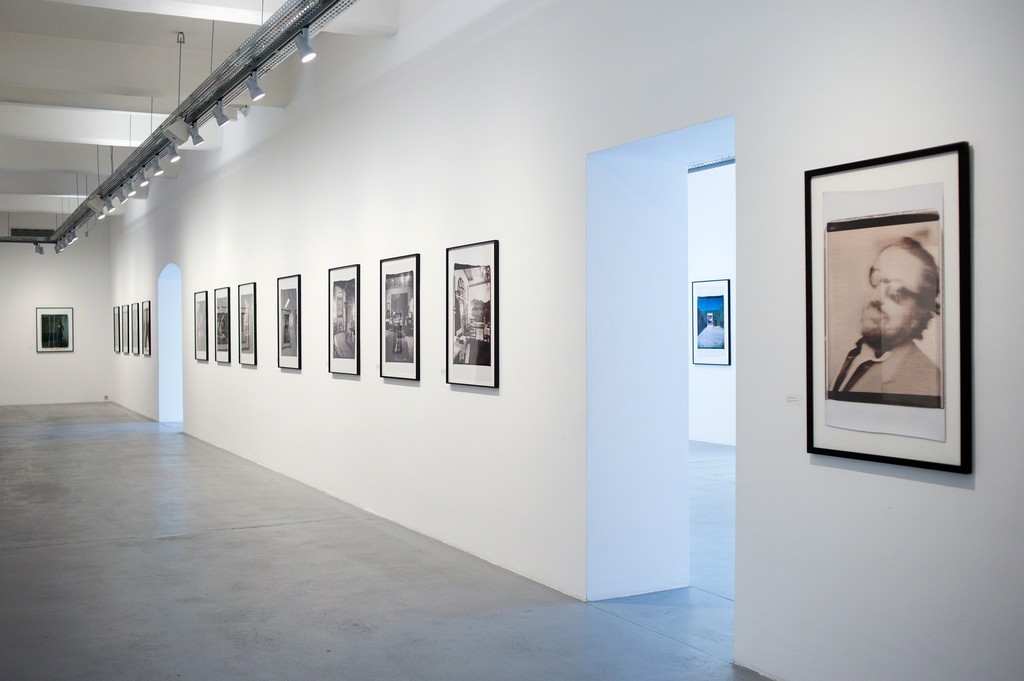 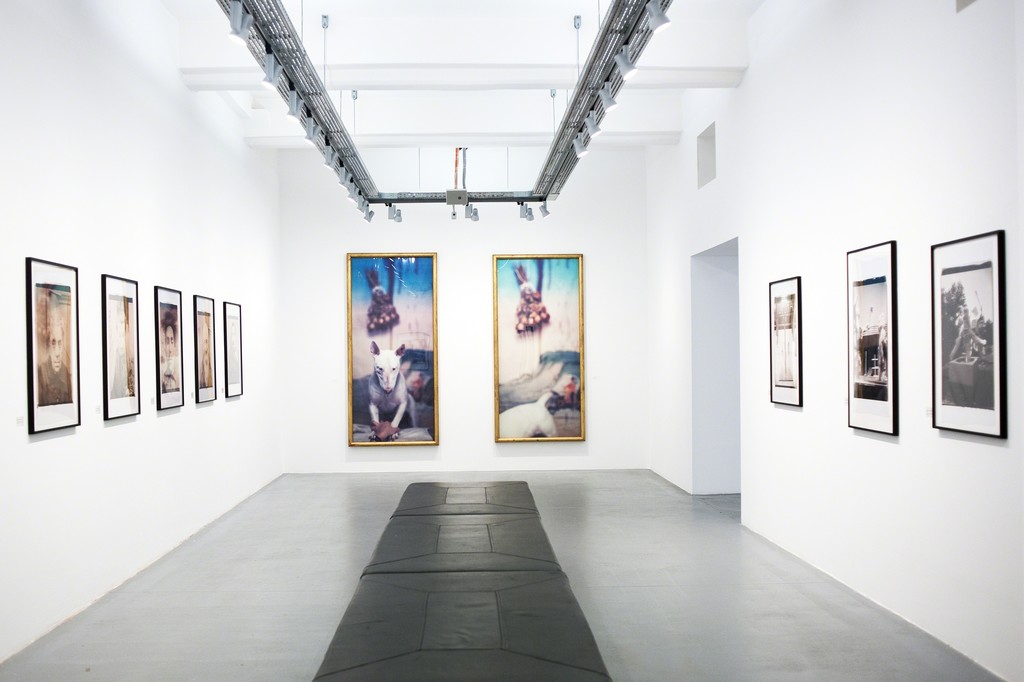 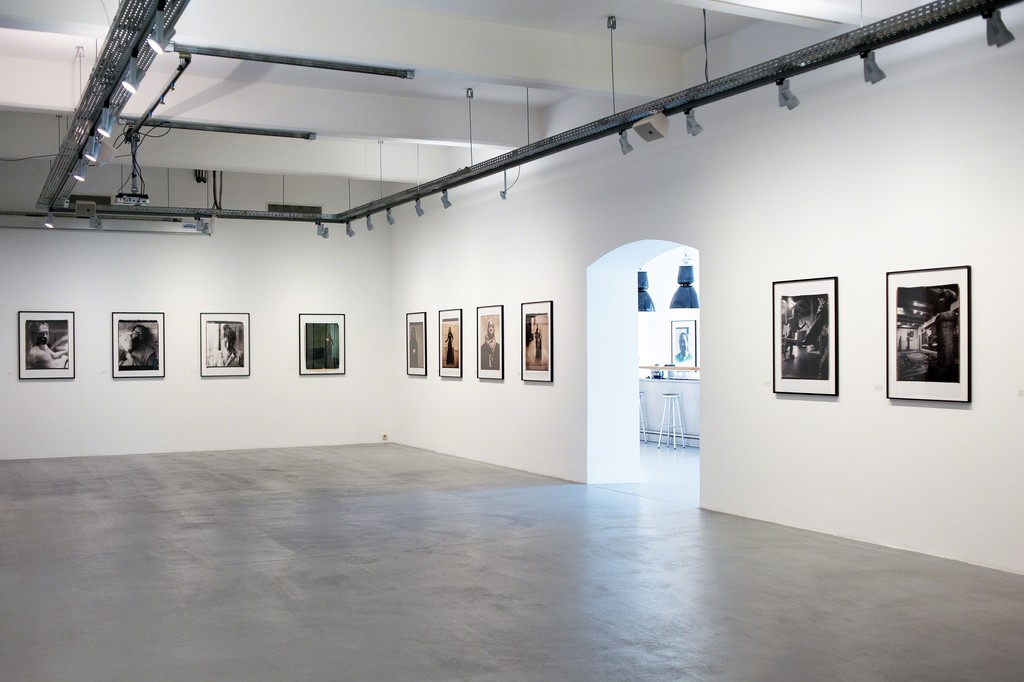 »I never intended to show the pictures I took. The Polaroids are documents of places I built, sculptures I made, people I know, the process of painting. I used the camera as a medium. Because of the camera I had the experience. Anomalies, idiosyncrasies, light leaks and accidents form the character of these photographs – I just happen to press the button. Using this camera is like riding a good horse, you just hold onto the reins and let her run. I don’t have a camera. I don’t walk around taking photos. It was this particular camera that I became engaged with.«
– Julian Schnabel, 2018

For the first time in Austria, OstLicht Gallery presents Julian Schnabel’s Polaroids. The American painter, sculptor and filmmaker has been taking unique photographs for over a decade using a rare twenty by twenty-four inch Polaroid Land camera made in the 1970s.

Schnabel doesn’t take pictures so much as makes them. Many of the works brought together here are portraits of the artist’s family and friends. These photographs are sketches of Schnabel’s life. There are charismatic portraits of Lou Reed, Plácido Domingo, Mickey Rourke, and Max von Sydow; private rooms in the Palazzo Chupi in New York; his studios in Montauk and Manhattan. Highly personal, poetic images result. Their immediacy and warmth account for much of their magic. These works embody the spontaneous act of trying to take a picture – they are pretty simple in that way. They are images of friendship, of love, of an engaged life, and of melancholy too. They record the transformation of life into art.

Schnabel took his first Polaroid picture in 2002 with the twenty by twenty-four inch handmade camera. Only six of these cameras are still known to exist. Because of its massive construction, its slow lens and the necessity to use powerful flash units, it was originally conceived for studio shoots, but the bulkiness of this apparatus leaves Schnabel unaffected. He resists its predetermined handling and operates this giant machine in various spaces, even outdoors. The large-format Polaroid film allows for a wide range of tones and shades that are unrivalled in their nuances.

In addition to the Polaroids, Schnabel will also show two paintings from 2010, Untitled (Crazy People). These paintings are Polaroid pictures taken of photos from the 1920s that Schnabel found in France, enlarged onto a polyester canvas and painted on with purple ink.

On the occasion of his exhibition at OstLicht Gallery the artist will again use the twenty by twenty-four inch Polaroid camera for the first time in Vienna.