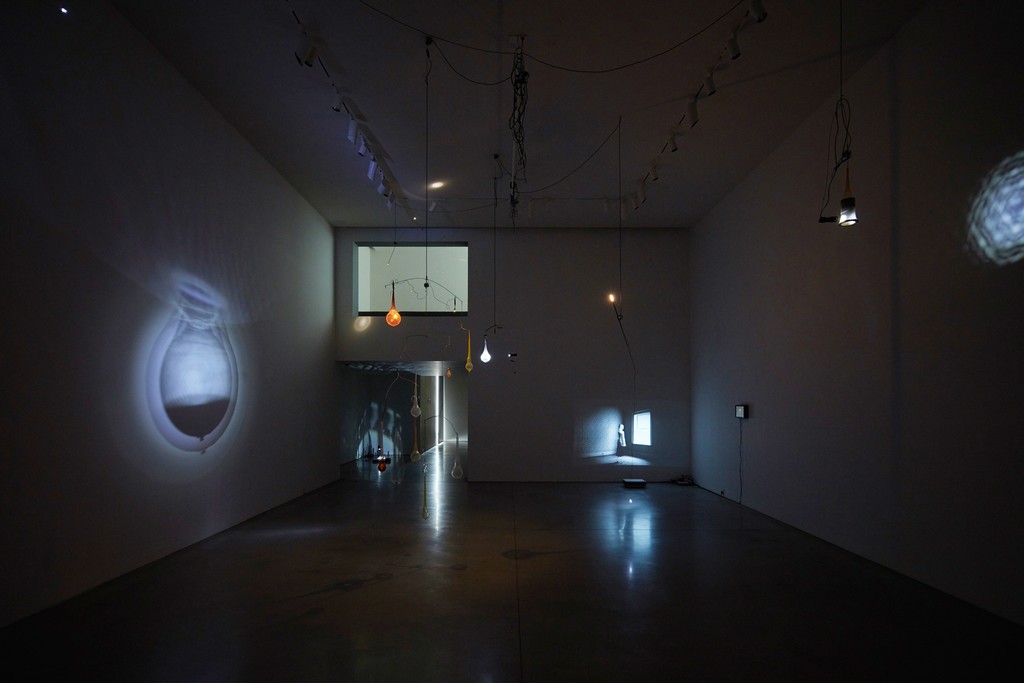 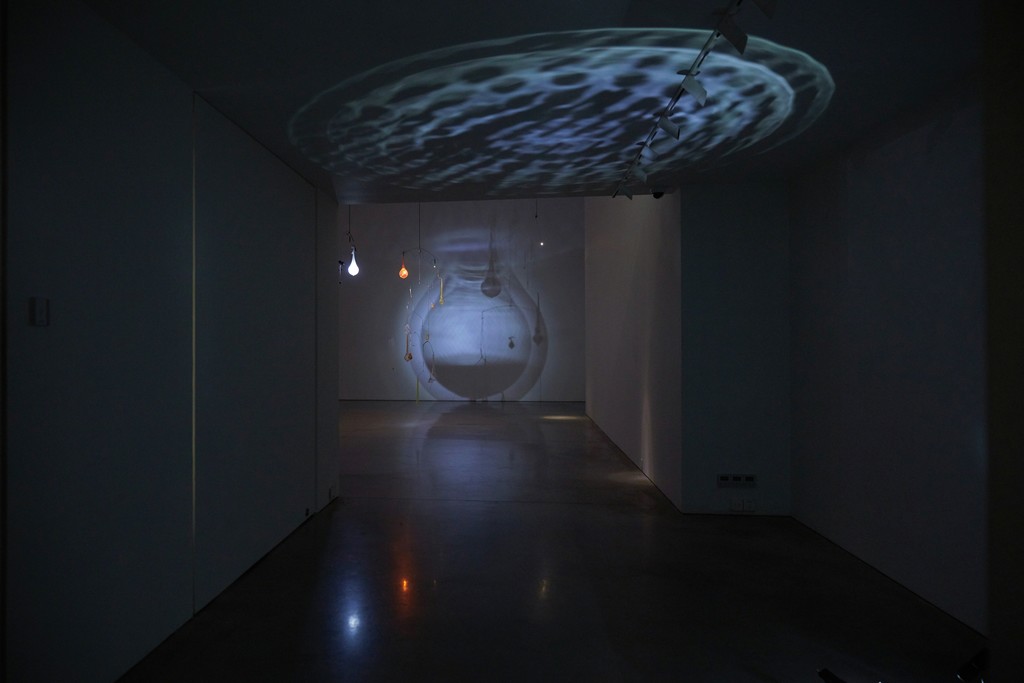 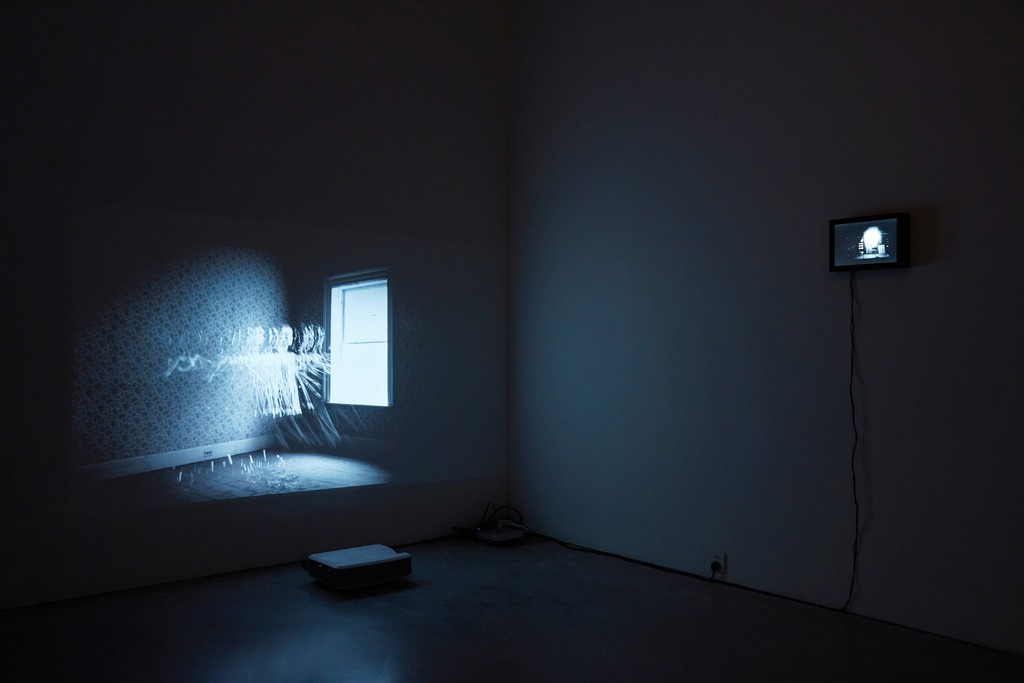 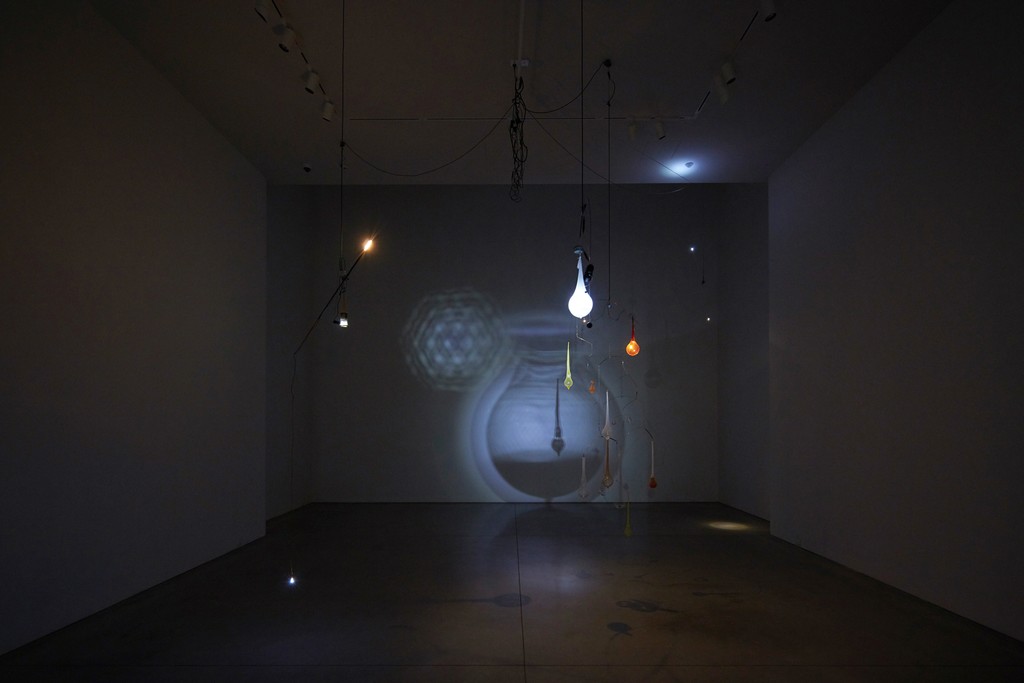 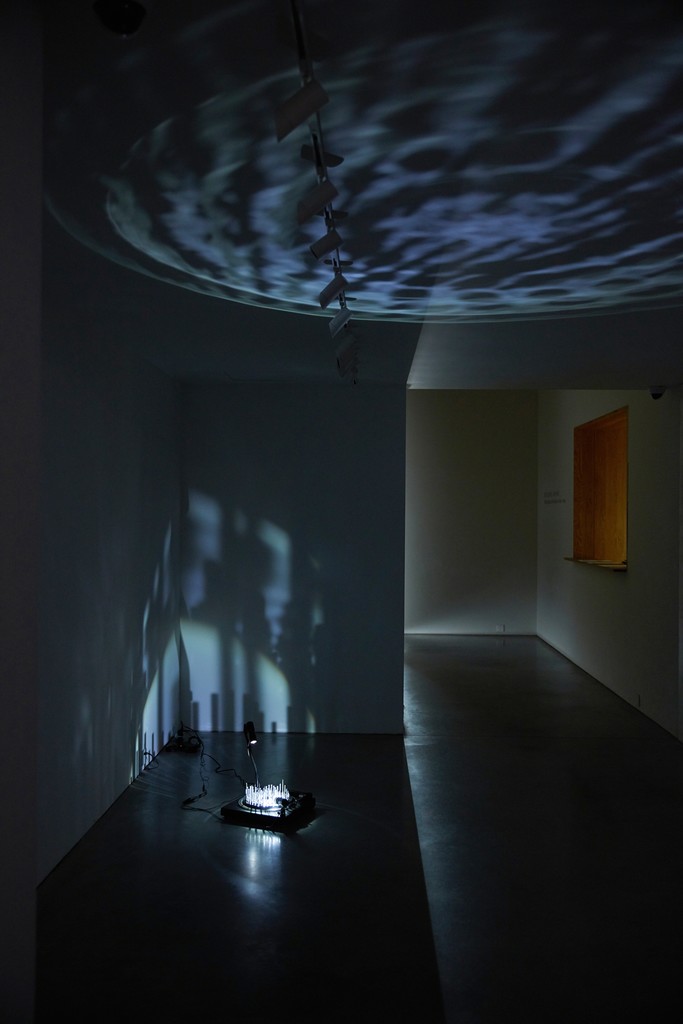 Ota Fine Arts Shanghai is delighted to present a duo exhibition featuring works by Japanese artists, Tetsuya Umeda (b.1980) and Hiraki Sawa (b.1977).

From capturing environments, architectural spaces, sound, light and interactive human behaviour, Tetsuya Umeda’s practice covers an extensive range. He remodels and creates on-site installations from everyday objects, engages viewers with performances, and collaborates with musicians on a regular basis. His works have been shown internationally at museums and galleries, as well as outdoor locations such as ruined buildings, lakes and mountain tops.

Umeda often derives ideas directly from his immediate surroundings: re-configuring mundane objects and exposing hidden or un-observed structures of various spaces. For this exhibition, he has created a site-specific installation comprising of “moving mobile” structures - made out of nets, light bulbs, steel pipes, wires, cables, motors, LED lights, and other items - that are hung around the gallery space. Governed entirely by their own working mechanisms and systems, these constructed forms hang on a precarious balance, casting shadows and reflections on the gallery’s walls, ceilings and floor as they rotate. One’s senses are heightened and attention is drawn to the ordinary and overlooked, bringing to awareness various features of the gallery.

Striking a different tune and taking on the medium of video, Hiraki Sawa experiments with the human perception. He is well-known for his video works that diffuses and blurs the boundaries between domestic and public spaces, interweaving the familiar and unfamiliar of the everyday to create dream-like scenescapes and moving images that begets one’s imagination. Sawa’s works are video collages of fragmented moving images documented by him. When put together, they depict scenes that are seemingly familiar yet foreign upon closer observation, triggering one’s deposits of memory in our conscious and subconscious mind.

In Sleeping Machine II (2011), Sawa presents a market in the night, inhabited by animated goats. Clocks, gears and machinery spin continuously, “tick-tocking” away to the sharp sound of a xylophone in the background. An entrancing, unspoken story about the themes on sleep and nightmare is revealed as Sawa splices together imaginative figures, miniature models and everyday objects.

Souvenir IV (2012) depicts a woman standing alone in a musky room, decorated with wallpaper. A window on her left allows lights in, without revealing what lies beyond the room. Gradually, she breaks out in dance, twirling continuously in a vigorous spiral form. A series of holographic images trace the path of her hand, feet and body movements.

As the light and shadows from Umeda’s eccentric and transformative installation interweaves with Sawa’s depiction of surreal dream-like scenescapes, the gallery is re-worked into a living space that waxes and wanes to variations in the surrounding light, sound and ambient environment. Prompting one to rethink our understanding of the conventional exhibition space, the works in this exhibition invoke an open-ended, performative and ephemeral experience. Ota Fine Arts Shanghai invites you to join us for this exhibition, beginning with a special performance by artist Tetsuya Umeda at the opening reception on Friday, 12 April at 7pm.