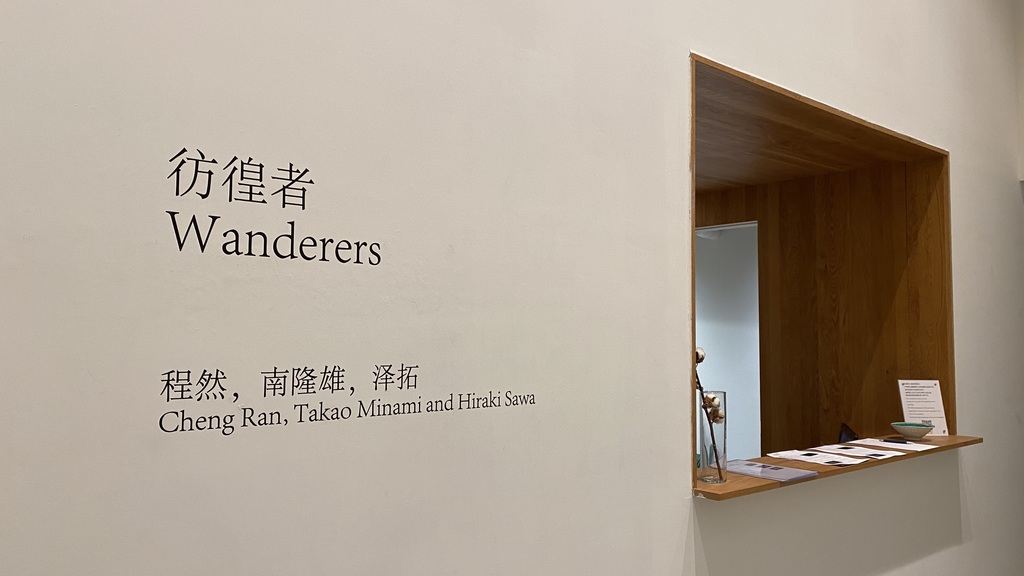 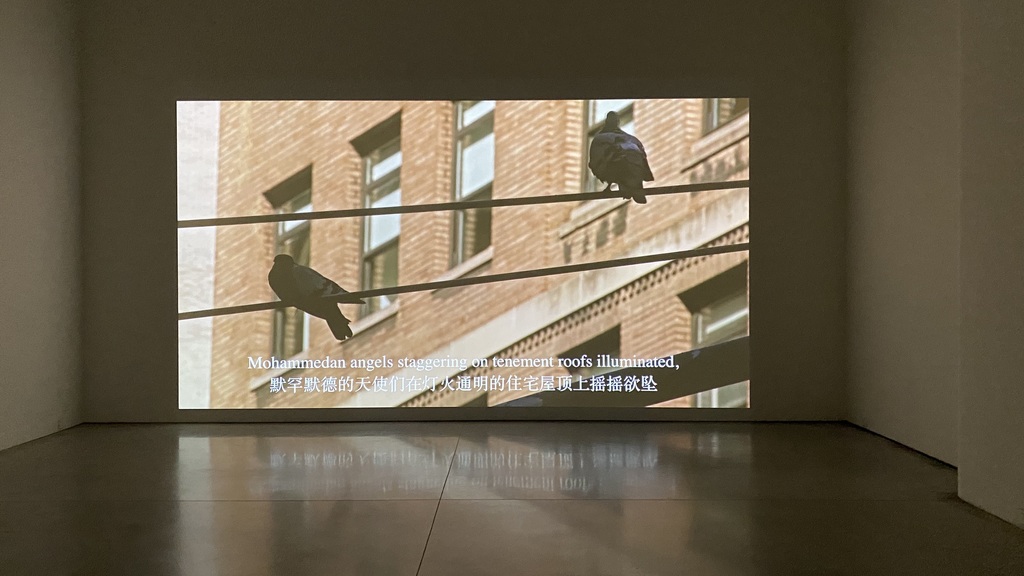 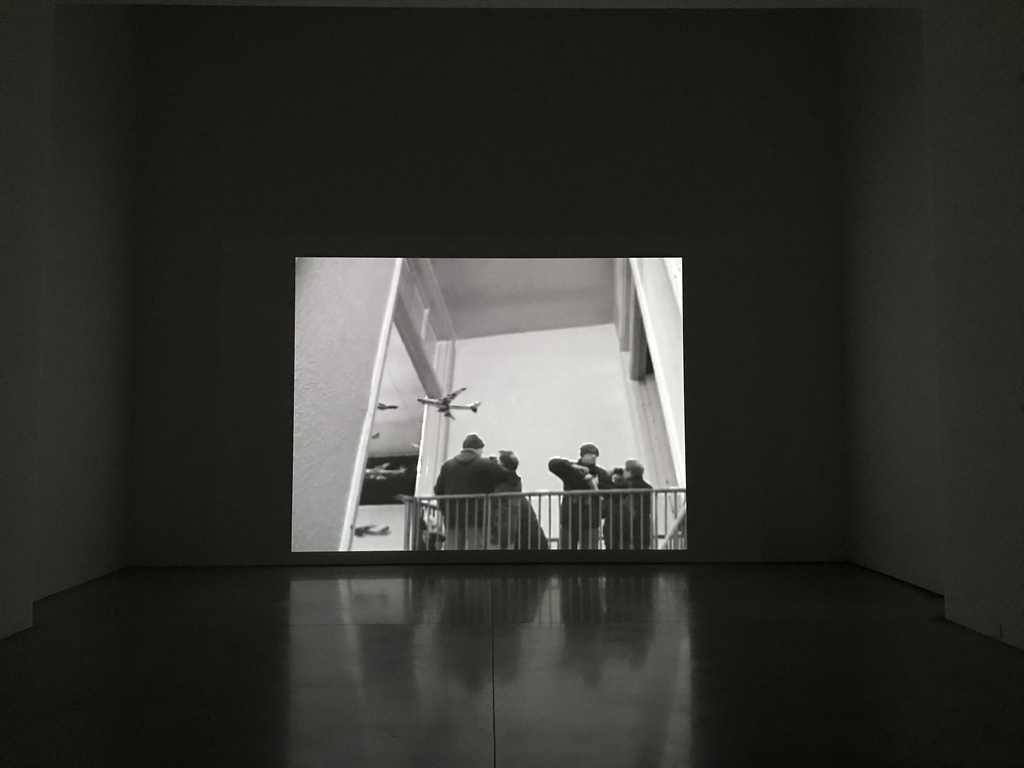 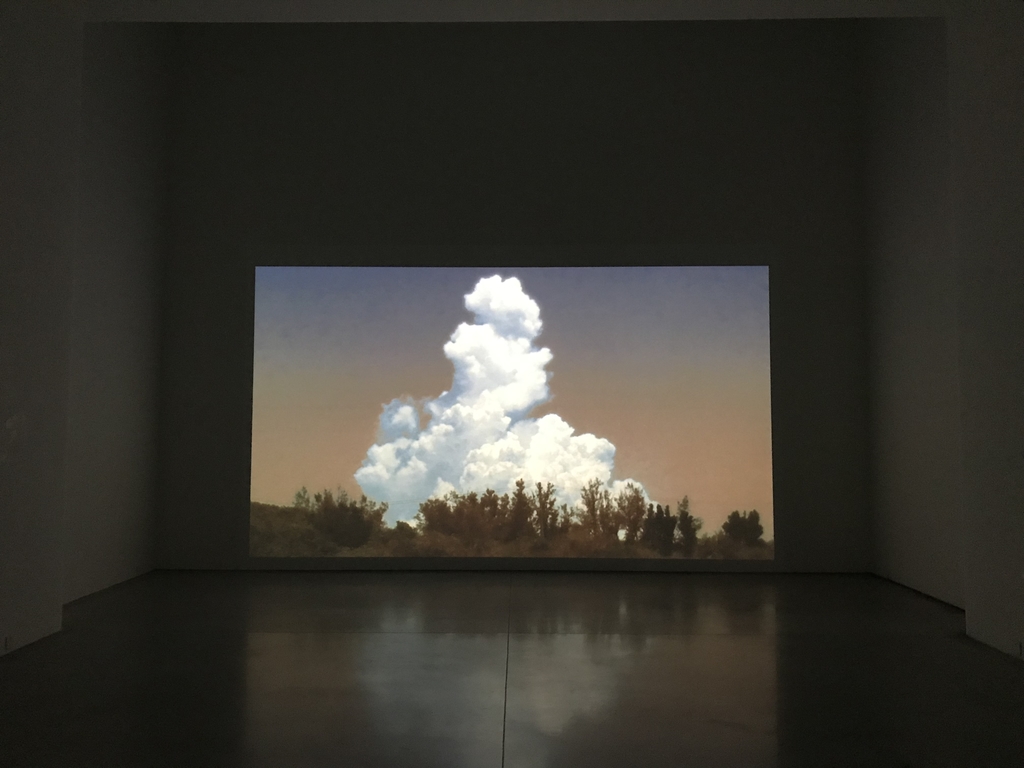 Ota Fine Arts is delighted to present “Wanderers", a group exhibition that features Chinese artist, Cheng Ran (born 1981), and Japanese artists, Takao Minami (born 1976) and Hiraki Sawa (born 1977). As avid explorers, these artists have embarked on excursions in travel that are made without agendas. Drawing on a curious blend of sounds, images and diverse narratives, viewers are implored to enjoy these seemingly unguided excursions and savour the unusual moments found in undisturbed wanderings.

In 2016, Cheng Ran participated in a residency program at the New Museum in New York, during which he created “The Homing Pigeon” (2016). The work attempts to capture the soul and character of New York City from the perspective of a first time visitor.

Homing pigeons rest on power lines as the backdrop is interlaced with Time Square’s iconic billboards, skyscrapers, old New York buildings, and news updates. In the background, Cheng does a voiceover with an excerpt from Allen Ginsberg’s famed poem, “Howl”, written in 1954 – 1955. “Howl” was in many ways a social commentary, an intense narrative that features those that were on the margins of society — artists, poets, radicals, the mentally ill. Written with deep frustration, it was a personal cry for understanding and change to conforming societal values. In such an indirect form, Cheng encapsulates complex social issues and marginalization that are still relevant today. While a sense of restlessness underpins the work, Cheng gives us hope in his casting of the homing pigeons. They are known for their remarkable ability to find their way home over large distances, hinting at the possibility that all wandering journeys will eventually lead home.

Taking us on a journey, "Delta Story" (2007) is composed of images and sounds that Takao Minami documented while on a voyage from Kagoshima to Keelung port in Taiwan. With wandering eyes, he captures the tonal textures of the land under natural light, the surrounding atmosphere, sounds, and various sights over water. In the background, a congruous blend of familiar and man-made sounds could be heard; the blare of a ship’s horn, a spider’s sting, people’s chatter, digitally-made sounds, the splash of waves, a bird’s tweet, strong winds, etc.

There appears to be no immediate purpose or story for this journey. However, Minami created “Delta Story” as a form of experiment against “narrative-ness”, breaking elements down and splicing together combinations of man-made sounds and documented material; as in the last scene, where he combined an image of spiders awaiting their prey on a sandy beach, with sounds of a drunken man in poetic babble. By doing so, invoking a curiosity towards non-narrative visual forms and an adventurous spirit of exploring undiscovered topographical differences.

Hiraki Sawa takes us indoors with, “Spotter” (2003). Miniature airplanes proceed on unidentified routes, seemingly at their own volition. Crowds of miniature people have gathered on the balcony, stove, bathtub, electrical switchboard, sink and the hallway of the apartment. As they raise their telescopes to the sky or wander restlessly as they wait in the cold, the loud engine sounds of airplanes landing and taking off resonate in the background.

Sawa has always been fascinated by the concept of airplanes as vehicles that are constantly in-transit between borders, passing from one country to another. In “Spotter”, these airplanes take on a dream-like context that deviates from reality. Each scene meticulously created by inscribing virtual movement over photographs of the actual setting. As one dreams of imaginary travel, explorations and journeys within the home, there seems to be a longing for escape beyond the windows, unknown voyages and adventurous wanderings.

Ota Fine Arts Shanghai invites you to join us on wandering journeys across scenic islands, imaginary plane-scapes and a dazzling New York City.