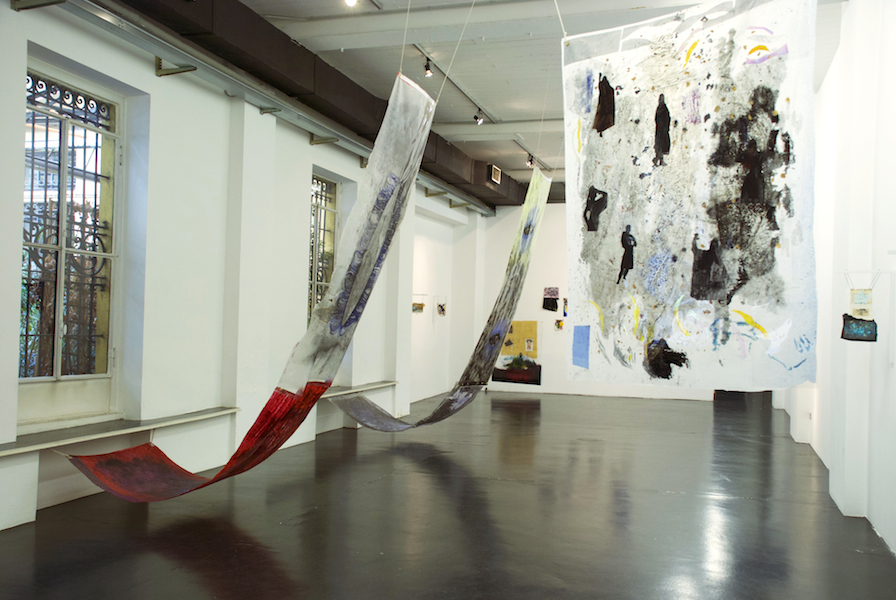 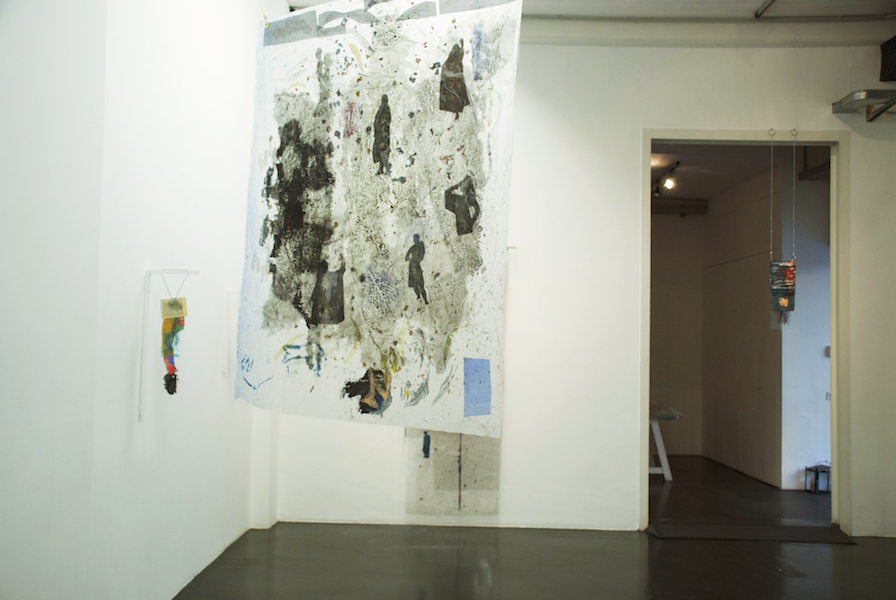 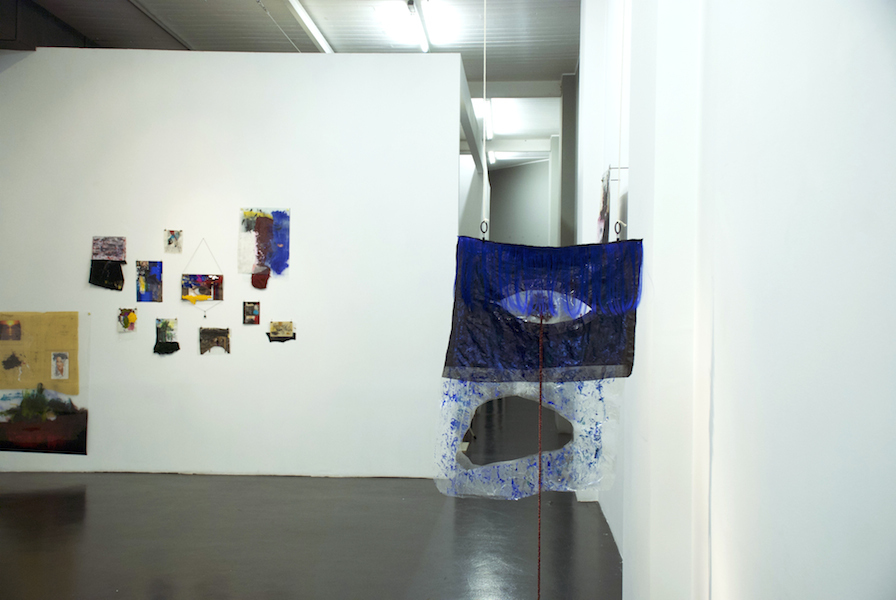 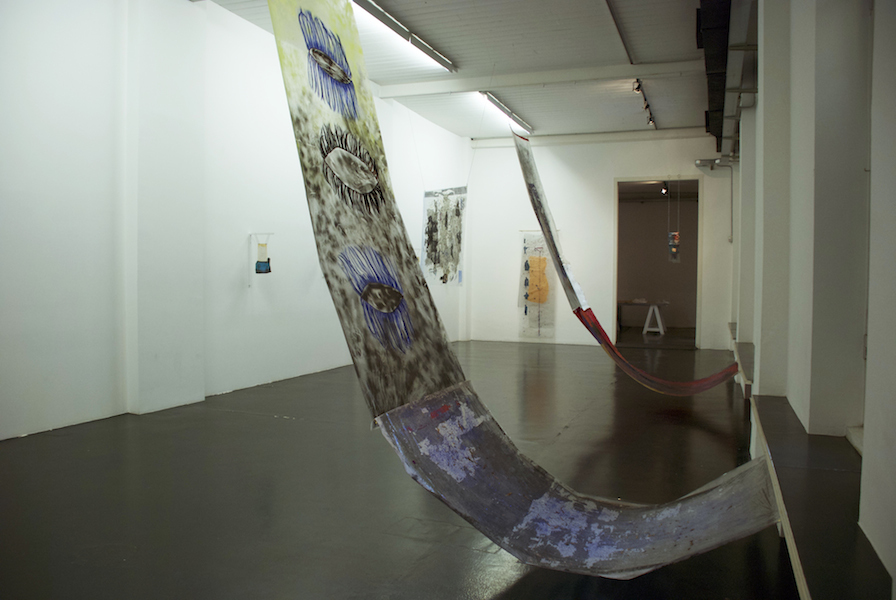 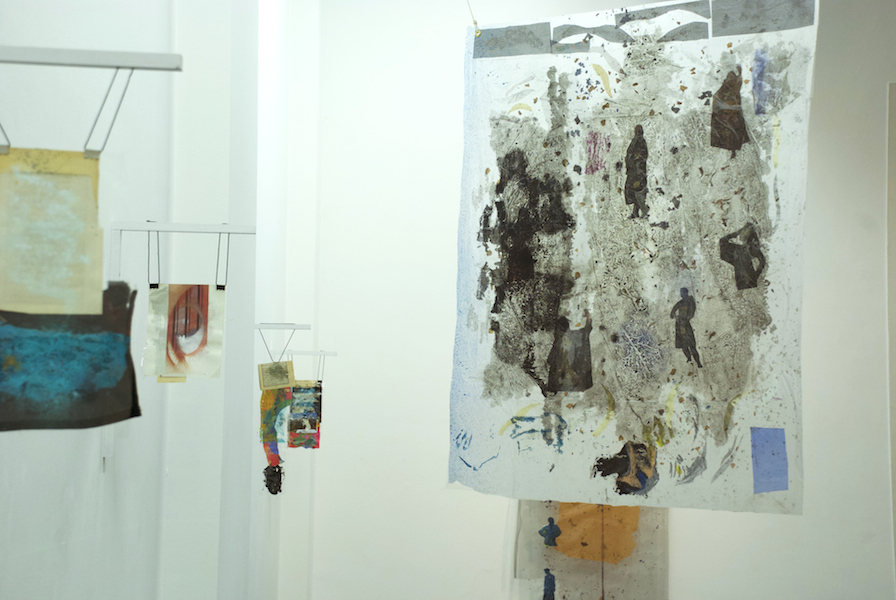 Otto Zoo, in collaboration with Maria Carpaneto Albani, is pleased to announce Jump-Cut to Eyeline- Match: Forgetting the Sound of Her Voice, a solo exhibition of recent work by Ala Dehghan.
Composed from the media, detritus, and organic matter of Brooklyn, Tehran, and many places in between, Dehghan’s collages exhibit an impetus to dissect—physically, theoretically, and psychologically—a select collection of extant materials in order to provide a channel through which the sociopolitical, cultural, and mimetic forces that produced them may be projected outward through their own destruction, reconstruction, and reconfiguration. As ephemeral as they are translucent, these works present an elusive complexity as the striations of paint,
fabric, keepsakes, collected and found objects, and clippings from mass-produced paper media coalesce into collages and assemblages that, taken individually or as a series, are most succinctly described as a multidimensional gestalt.

Brimming with allegories of vision, violent disjunctures, and dexterous conflations of high fashion icons with militant combatants, Jump-Cut to Eyeline-Match: Forgetting the Sound of Her Voice presents the artist’s archive of found and inherited materials, anatomized and densely layered to manifest an aesthetic and philosophical meditation on loss and transformation.
Each of her works necessitates destruction, as the sundry elements are extracted, transposed, or transfigured from their original state in order that they may take on new or additional meanings through their final rendering as montage. Formally, these works are not confined to the two dimensional space of the gallery walls; while they are primarily flat works, many are meant to be seen from multiple angles and implicate their setting through the strategic placement of acetate, mesh, and other transparent materials. Compiling inkjet prints, newspaper clippings, and myriad other images that she fastidiously paints, cuts, and otherwise reworks, Dehghan is unrestricted yet meticulous in the sourcing of her media. Her works are thoroughly historicized yet remarkably open-ended, and while one may discern a skein of significations from her carefully devised montages, Dehghan’s work incisively
provides us with an array of continually unfolding fragments of thoughts, rather than
conclusions (Kathleen B. Langiahr).
Ala Dehghan was born in Tehran in 1982. Other recent solo exhibitions include The Upside-down Scenery at Kalfayan Galleries in Athens, and I can explain everything at Thomas Erben Gallery in New York. She has held residencies at the Vermont Studio Center and The Delfina Foundation. She received her MFA in Painting and Printmaking from Yale University in 2013. She currently lives and works in
Brooklyn.

Kathleen B. Langiahr is a researcher and independent curator based in Brooklyn. She was awarded an MA in Art History from Columbia University in 2014.