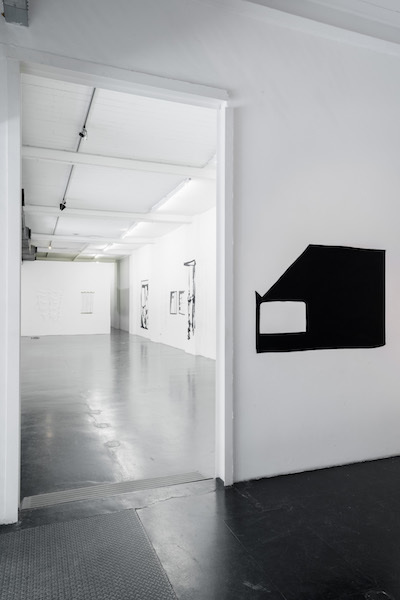 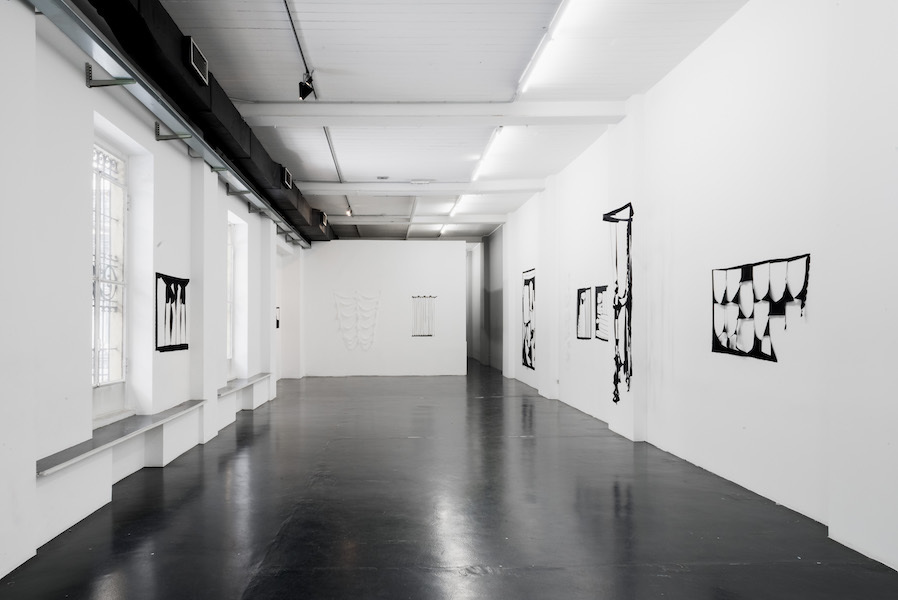 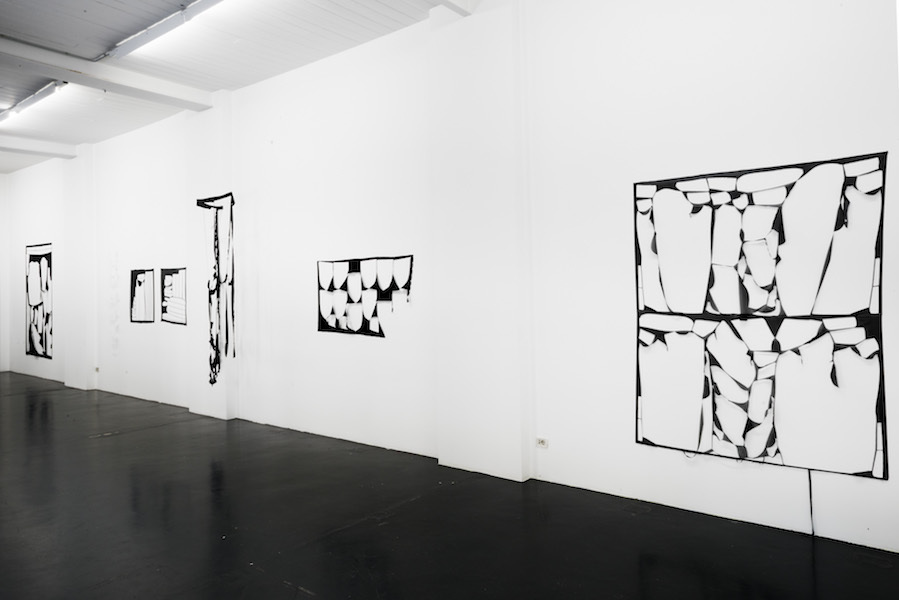 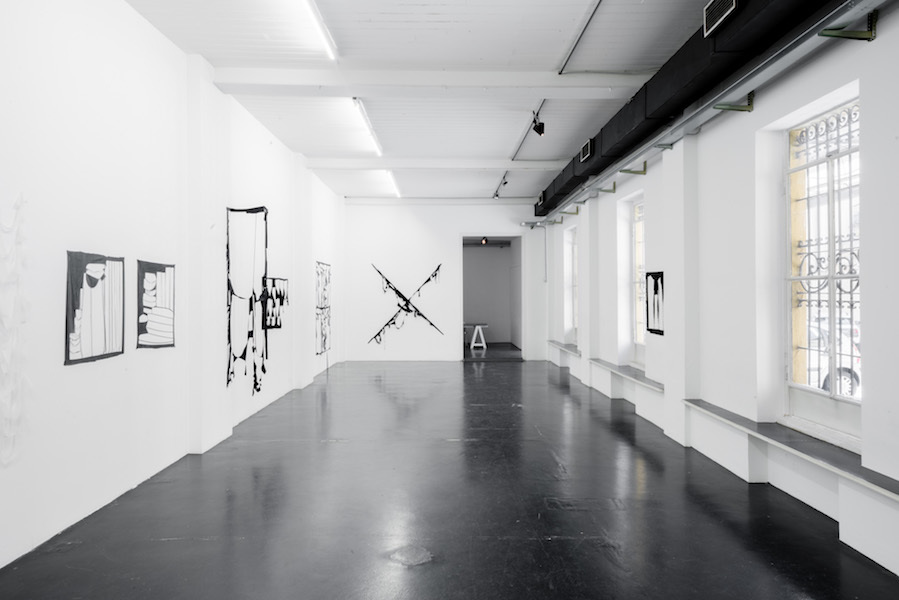 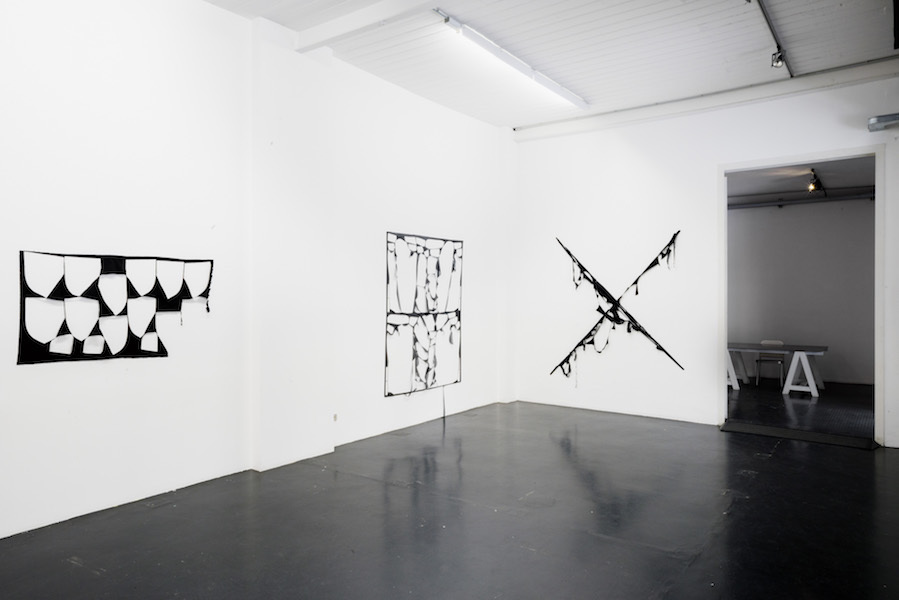 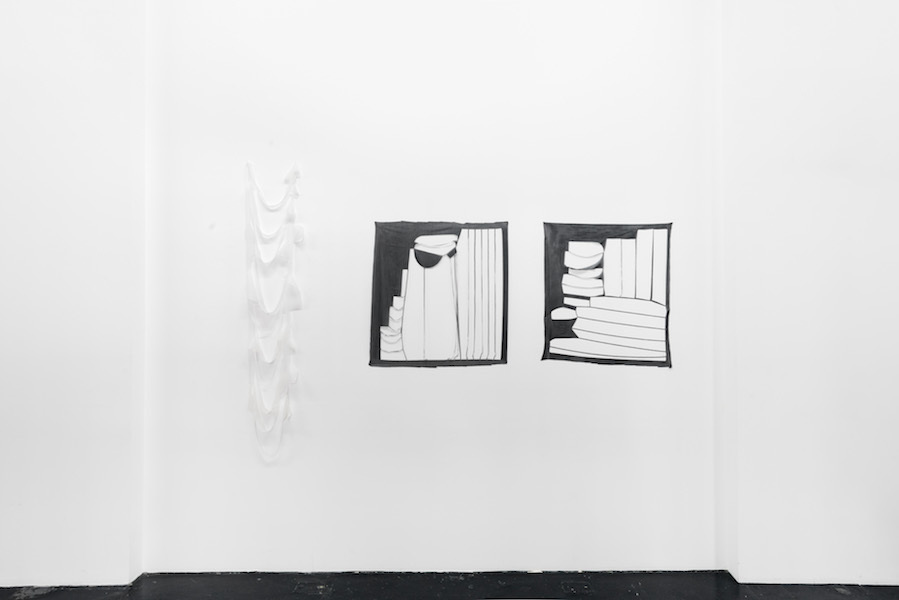 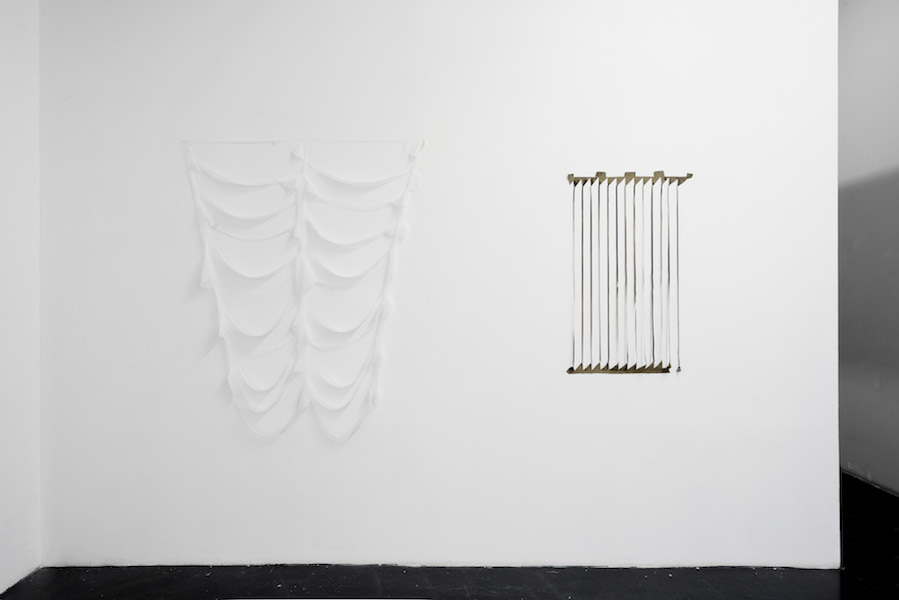 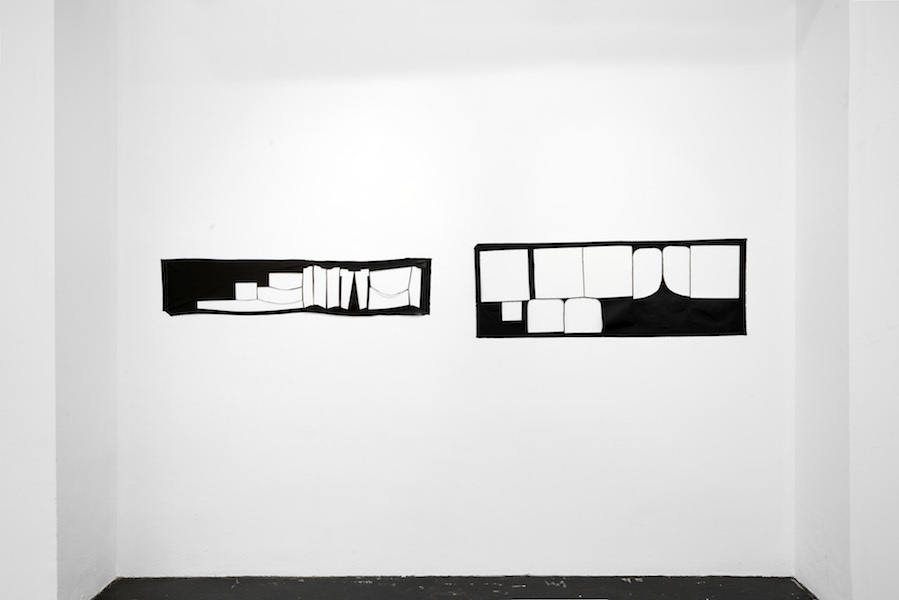 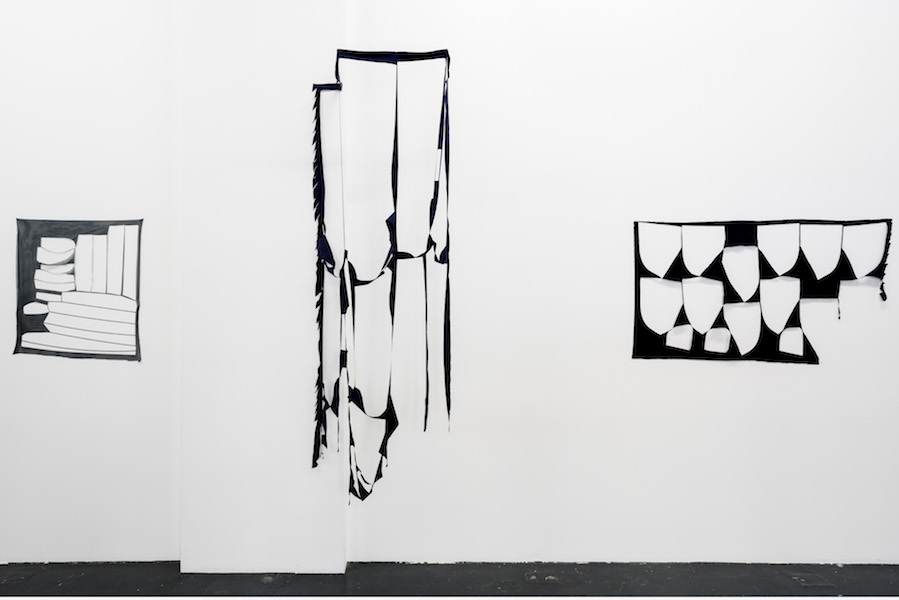 Otto Zoo presents the first solo show in an Italian gallery of Marion Baruch’s new practice: Mancanza/Here and where. Curated by Francesca Pasini.
In her long artistic life Marion Baruch (Timisoara 1929) intensly dedicated her work to Relational and Public Art, signing with the pseudonym Name Diffusion.
In 2012 she founded a new practice, using a different material but which continues to uphold its symbolic link with the social realm. In fact, to create her forms she works with the remains of textile computer machineries used in haute-couture and prêt-à-porter fashion production. Thus material that would normally end up as waste takes on a new life through an artistic gesture.
In these fabric fragments, transparent or compact, empty spaces, lack states, memory flashes move together with abstract figures, geometric forms, thin and perfect graphic lines. Marion Baruch’s language is created by this indistinct accumulation. By carefully observing these remnants, she chooses the orientation which transforms the fabric fragment into a figure. Baruch’s marks appear in a lack of meaning together with a link to painting, sculpture, drawing and memory which allows her to have a dialogue with her beloved artists: Fontana, Melotti, Beuys, Klee, Robert Morris and many others.
Conceptual tension intersects with the relational ones, through her suggestion to look inside the empty spaces of experience, symbolized by the fabric, and to connect personal life to art. Hers is a delicate suggestion as are her artworks which are light, can be easily carried and may be displayed in many different environments, from museums to house walls. They go along Marion’s life as the ones who look at them. The emotion moves to eyes and touch which each fabric alludes to.

The show at Otto Zoo is a retrospective of two and three dimensional works of this new series. Mr. Horror (l’eternelle retour), realized in November 2015 soon after the terroristic attacks in Paris, is the crucial point of arrival of the exhibition: the form delineates the cancellation gesture. In the show there are works which, through their titles, recall Marion’s elective affinities with Eva Hesse, Agnes Martin, Kurt Schwitters, the link with theatrical architecture, classic artistic expressions, Paysage, Peinture, Sculpture (with French handwriting which recalls one of her numerous homelands).

Marion Baruch was born in Timisoara ( Romenia) in 1929. She lived in Paris for 20 years until 2010. Now she lives and works in Gallarate (Varese). Her recent work was exhibited at Mambo, Bologna, in 2013 in a show curated by Francesca Pasini; at MAMCO, Geneva, in 2014, in a show curated by Nathalie Viot; at Mars, Milano, in 2014; at Università del Melo – Teatro Popolo di Gallarate and at Lucern Kunstmuseum, in 2015, curated by Noah Stoltz.
In September 2016 she will have a show in “L’Adress du Printemps à Toulouse”, a festival curated by Christian Bernard. Some of her works of the Seventies are now included in the show “W. Women in Italian Design” at Triennale of Milan. In January 2017 she will participate in the group show “Entangled: Threads & Making” curated by Karen Wright at Turner Contemporary of Margate (UK).