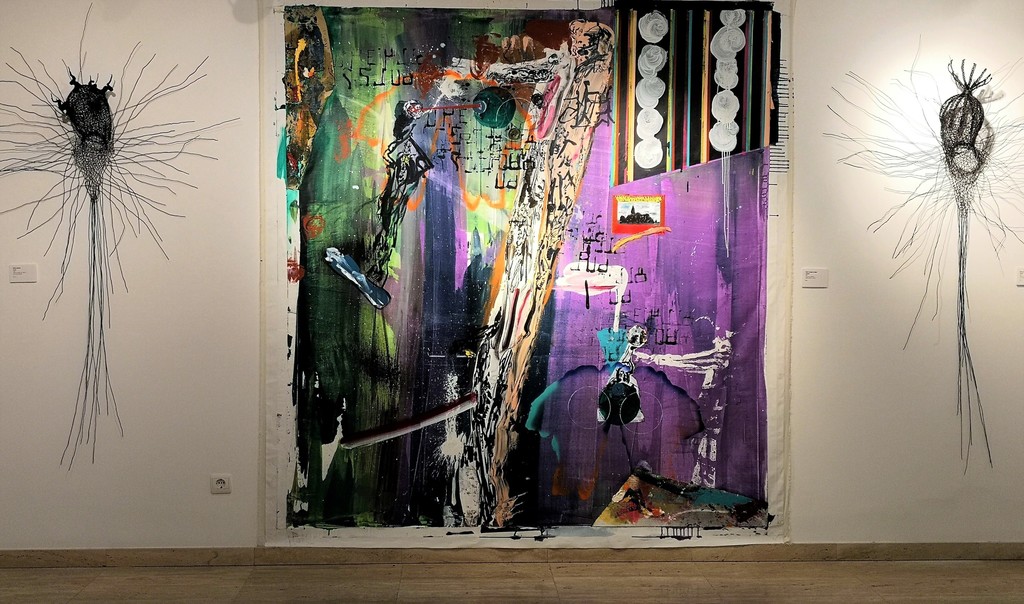 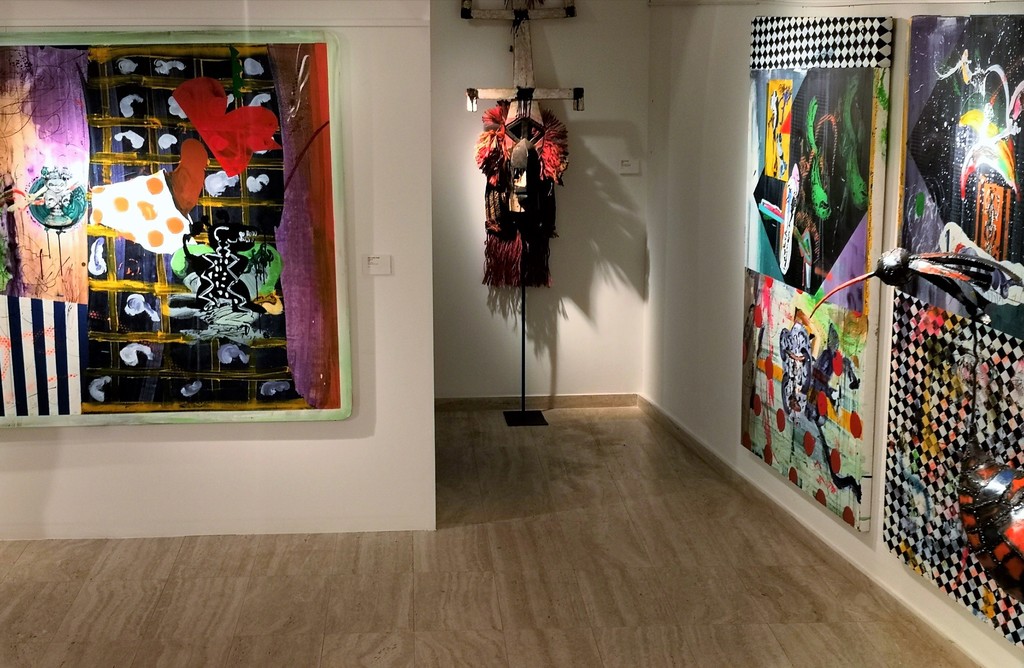 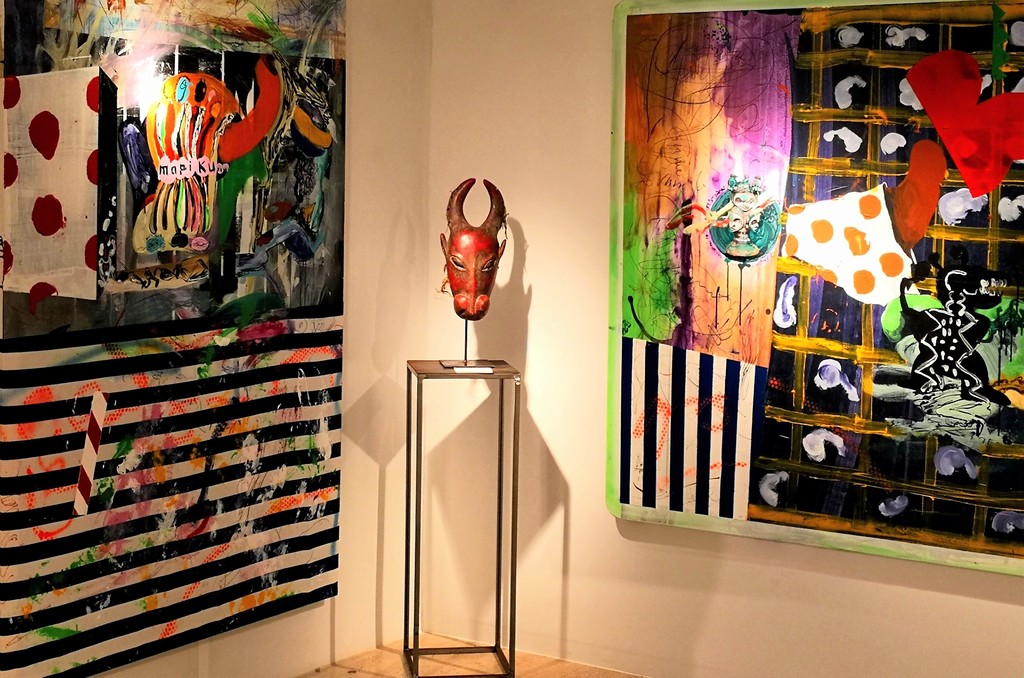 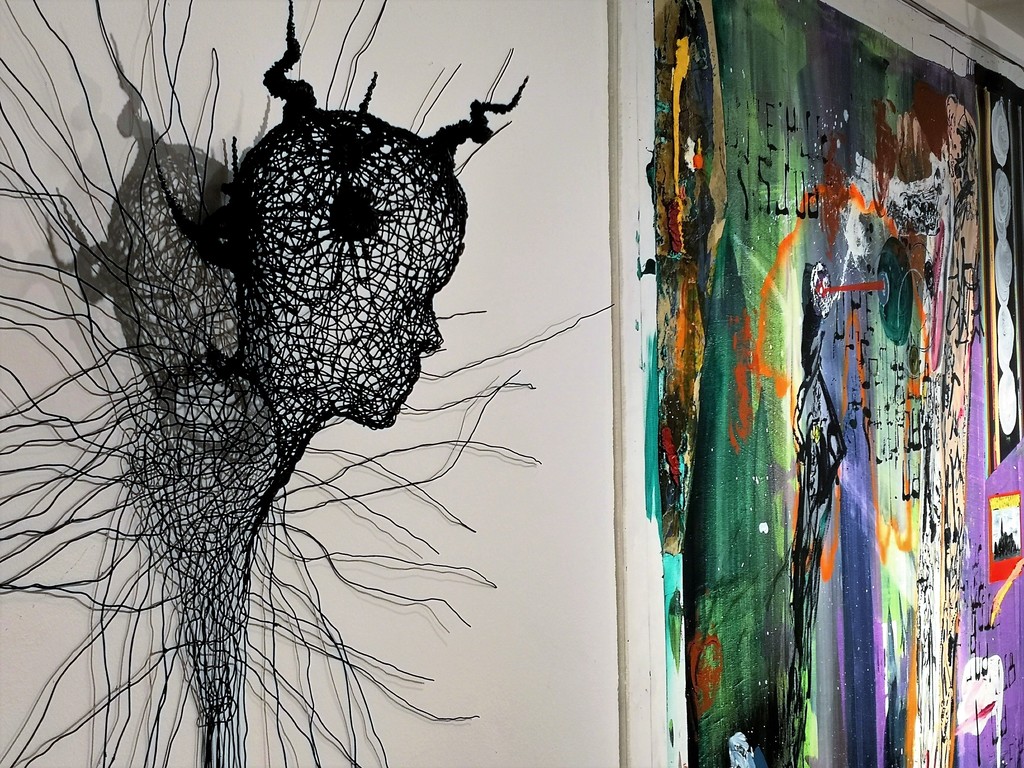 Ilídio Candja Candja
Born 1976 in Maputo, Mozambique.
Works and lives in Porto, Portugal.
Many artists take years to carefully create their identity as painters; but Ilídio Candja Candja merely followed his inspiration as painter, indifferent to associations and references to other contemporary artists, never forgetting his African origin. Painting after painting, the artist asserts his extraordinary creative freedom and produces a work of internal otherness to the art world without demagoguery or naïveté, influenced by what might have been his artistic training in the colourful tradition of his country.
He studied at the National School of Visual Arts of Maputo. Following a number of exhibitions in his home country, Ilídio relocated to Porto (Portugal) to develop his artistic practice. Two years after moving from Maputo, the painting of Ilídio Candja Candja has attracted the attention of many international art collectors and experts. Ilídio draws the audience into a personal exploration of his playful and dynamic energy. Executed in a style resonant with Abstract Expressionism and Action Painting, his works are characterized by spontaneous and confident brush strokes.
Inspired by his heritage, the riot of colours, personal symbols and African textile prints all serve to infuse his canvases with both a psychological and visual vibrancy. His large colourful canvases have a playful quality to them and many of the symbols found in his compositions draw upon his African origins. On the subject of the narrative components in his work, Ilídio says “The concept is to write with my paintings in order not to forget who I am, where I come from and where I intend to go.”
The first point to emphasize in the painting of Ilídio, is the way he is able to produce an universal painting; the universalism of his vision lies in how he uses images of handmade objects and ancient artefacts from his African imaginary, and the manner how he converts them into essential, unique elements in his painting, making use of collage in a modern context in a way that it becomes impossible to separate the collage-paintings of the artist's path.
Illídio’s painting isn’t about creating a critical position, but instead it’s an artistic, aesthetic and cultural practice analogous to those who are guided by a free behaviour, starting from the premise that art invents ways of inhabiting the world. The artist proposes us to inhabit his world, sending us an effective message of things that he’s sensitive to, including those that concern him from a remix of thoughts and ideas of the past, present and future.
The African experience of Ilídio Candja Candja became several experiments determinative to the structure of his paintings: flickering between image and idea, identity and experience. Colourful and exotic, the paintings of Candja convert themselves into infinite imaginary manners, an intelligent coexistence between images of African culture and painting-collage’s abstract backgrounds on which the images are introduced and the African memory is activated.

Rémy Samuz
Born in 1982 in Cotonou (Benin)
Lives and works in Benin
As a child, Rémy Samuz - whose given name is Rémy Sossouvi - amused himself by braiding and weaving miniature sculptures representing a multitude of characters. This passion, which no one understood at the time, earned him the reputation of being "a queer child". From there comes his pseudonym "Samuz", which comes from the French word S'amuser which means to have fun.
In 2003, Samuz decided to devote himself to art, an activity that he combined with his stud-ies of general mechanics, in the specialty of metallurgy. After training in fine arts in the workshop of the Beninese artist Dominique Zinkpè between the years of 2009 and 2012, he refined and perfected his technique of weaving iron thread which gives great rigidity to his sculptures, while maintaining their lightness.
His light, transparent and poetic works sometimes take the form of immense characters, with dignified and humble silhouettes evoking the gestures of humanity. It is movement and life in all its forms that this young and promising artist celebrates with his weavings of iron thread. His works invite both meditation and reflection.
Samuz is represented in Paris by the Galería Vallois, which has presented his works in various contemporary art fairs. In 2015, he exhibited in the Afro Brazil Museum in São Paulo (Brazil) and also, in 2017, received the gold medal in the sculpture category in the Francophone Games (Jeux de la Francophonie) held in Abidjan (Ivory Coast).