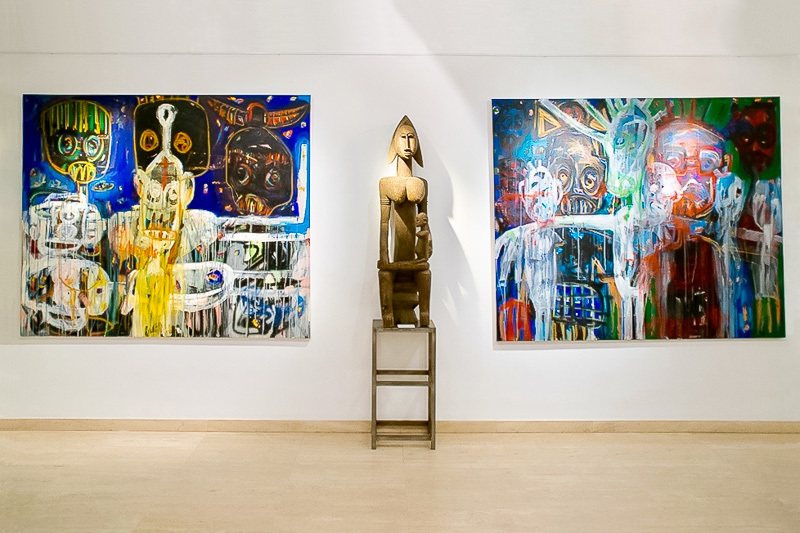 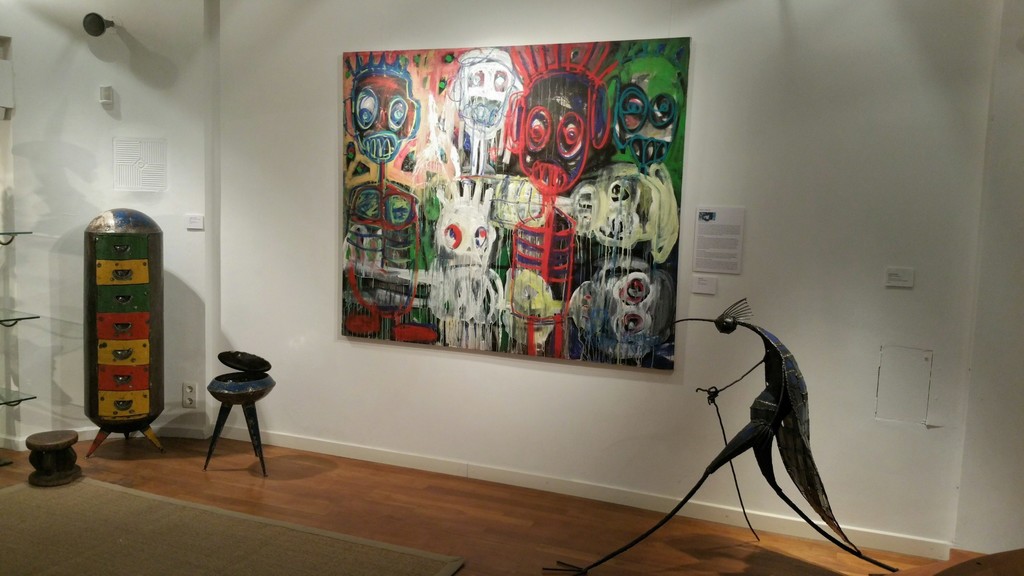 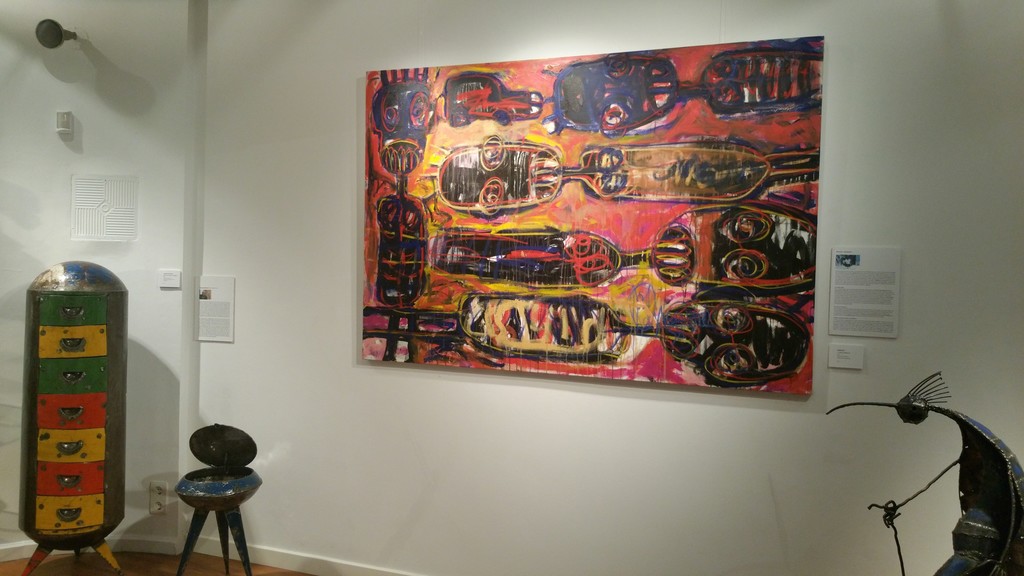 Influenced both by street art and as a consequence of his schooling in mural art at the Technical Centre of Applied Arts of Bingerville (Ivory Coast), ABOUDIA paints the streets in the manner in which painting is done in the streets This life of ups and downs, laughter and tears, remains his driving force, fuelled by his memories of charcoal drawings on the wall of a house in his village that so impressed him as a child. The artist also draws inspiration from the recollection of matchstick men and hairdressing placards, graffiti and tags, and indeed from melodious words and images from the "nouchi" the slang spoken by the youths in the street.
ABOUDIA is distinguished for his large canvases, upon which he portrays innocence and spontaneity. These large format paintings display a Basquiat-like vitality, with an inside world where he fights for his dreams. With enormous energy, he combines elements from his neighbourhood with fragments of comics and ads found in magazines. Born in 1983, Aboudia, real name Abdoulaye Diarrassouba, graduated from the CTAA (Technological Centre of Applied Arts) in Bingerville, although he acquired his style in the school of life on the streets. He chose to become a painter against the wishes of his parents and teachers who predicted he would become a tag artist. Although he was acclaimed by the international community of art critics and journalists for his work narrating the confrontations during the Abidjan civil war, Aboudia refuses to be considered a war artist.In 2011, Aboudia was acclaimed for his canvases, which documented the battle for Abidjan. In June of the same year he exhibited at the Jack Bell Gallery in London and at the Goethe Institute of Johannesburg, South Africa. From 2013, the artist is represented by Ethan Cohen in New York, The Saatchi Gallery in London and by the Gallerie Cécile Fakhoury in Abidjan.
« Aboudia is the most globally recognized of the young African new wave artists. I have shown Aboudia’s paintings all over the world – New York, Basel, Miami, Hong Kong, Singapore, San Francisco, Lima. Everywhere I go, people find the vivid colour, dynamism and raw honesty of his work highly compelling », Ethan Cohen. His canvases, acrylics or oils featuring collage, are found in the major international collections and in particular in the Contemporary African Art Collection (CAAC) of Jean Pigozzi, in Geneva, and in the Frank Cohen Collection in London as well as in the permanent collection of the The Saatchi Gallery of New York.