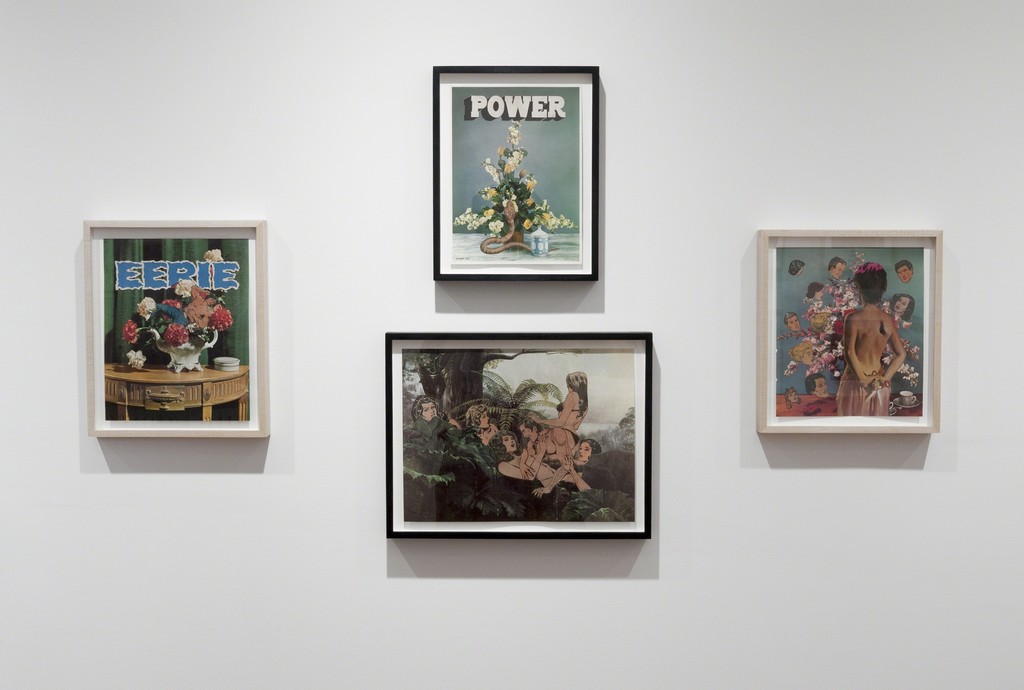 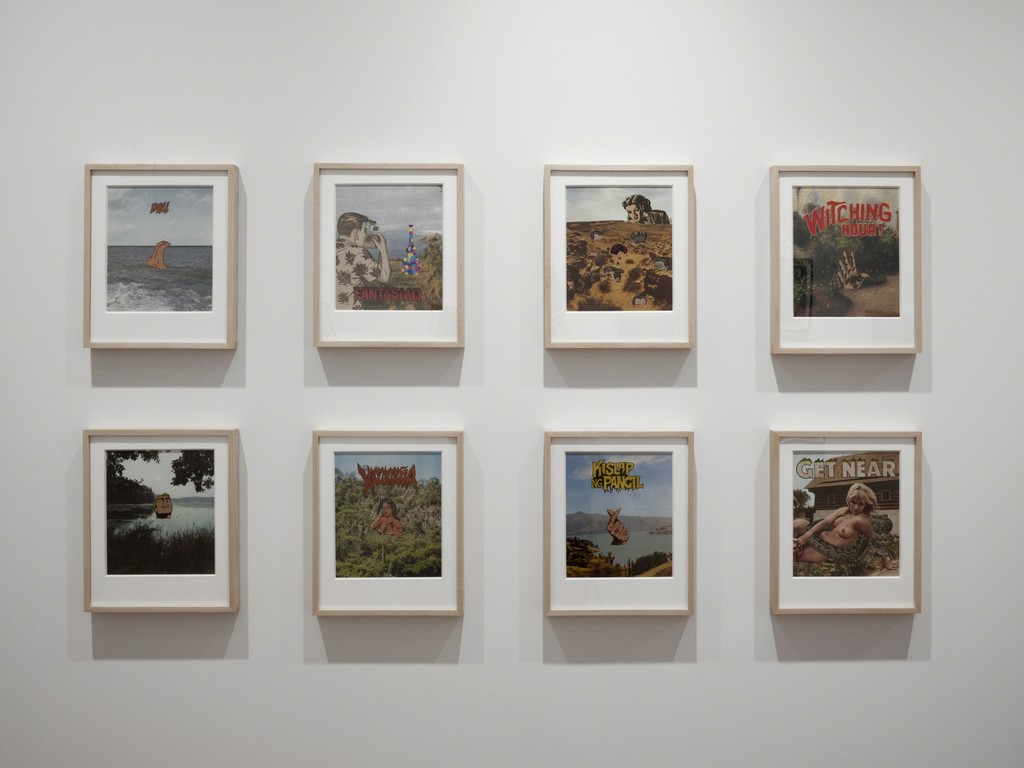 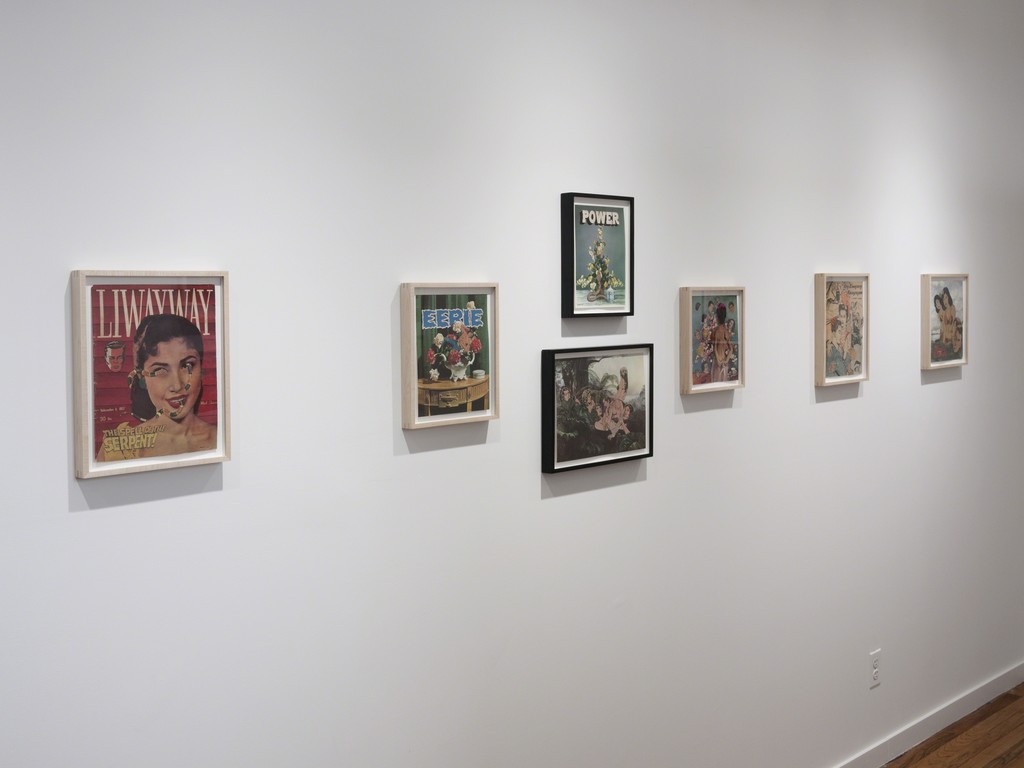 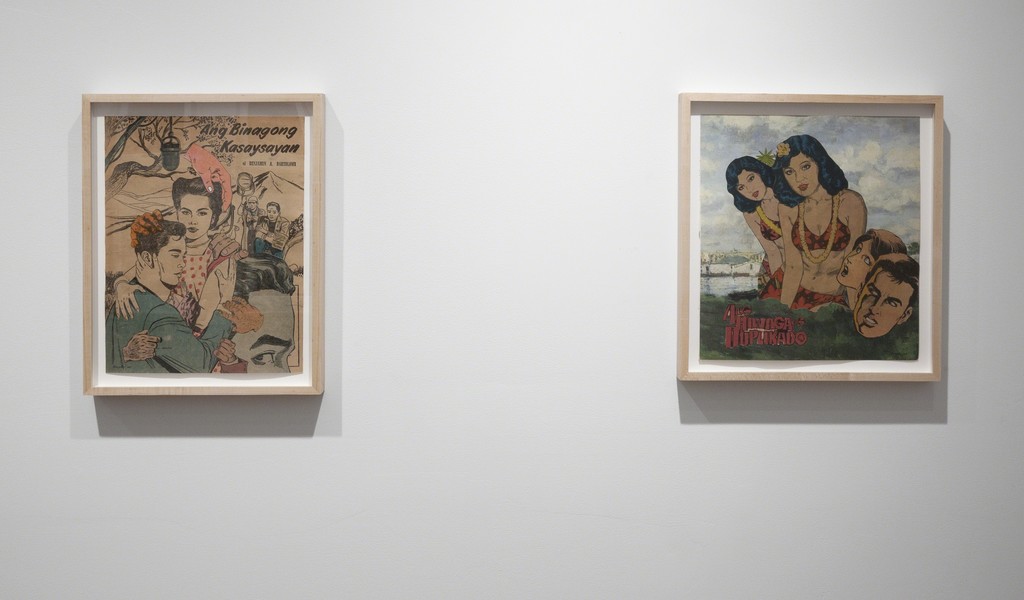 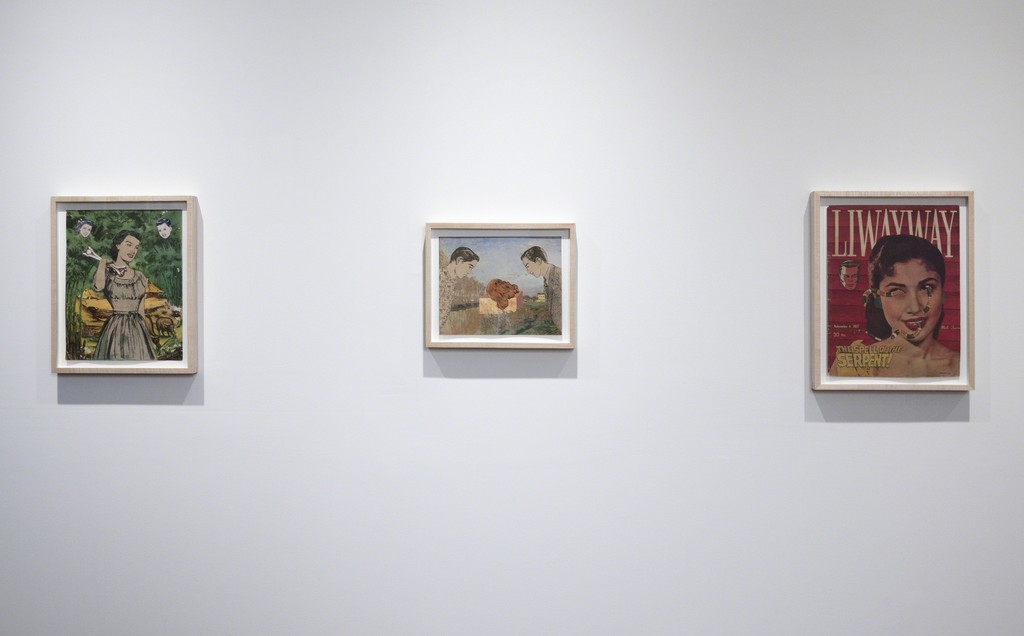 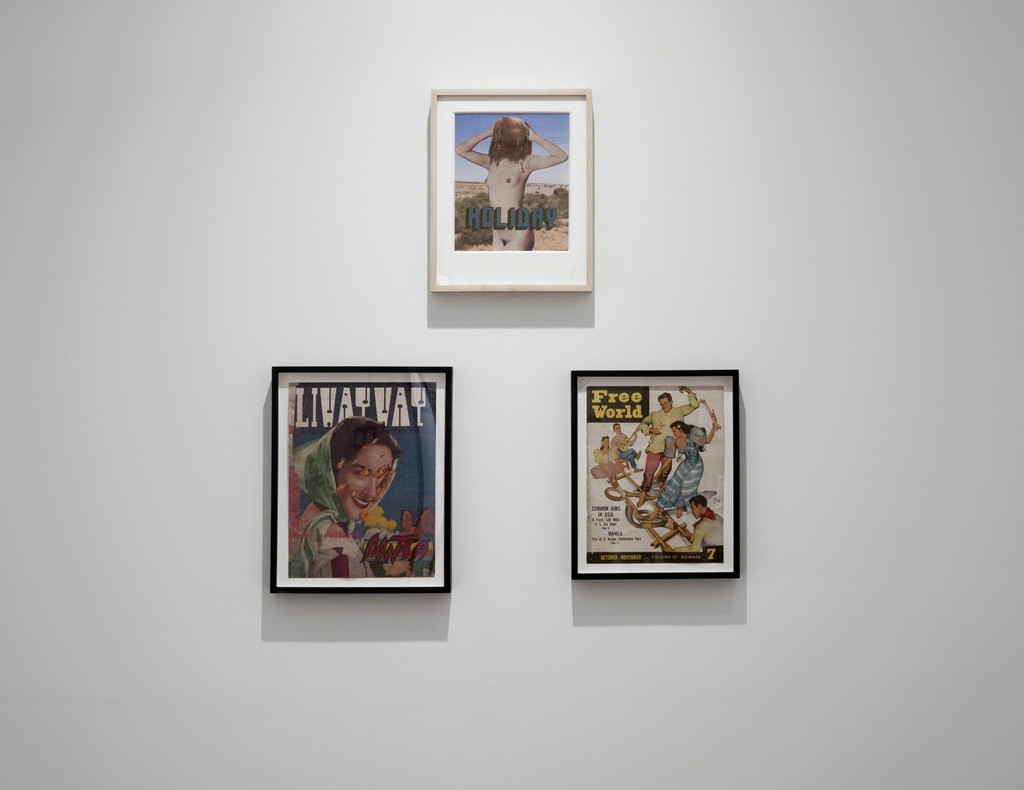 Owen James Gallery is pleased to announce our upcoming exhibition of the work of Dina Gadia.

Dina Gadia is a mixed media artist who subverts the artifice often found in the commercial and popular culture influences in her native Philippines. Through her reuse of vintage material, Gadia reveals the inherent antagonism and prejudices applied to elements of taste, cultural imperialism, sexuality and nationalism.

Collage holds a special place in Gadia’s creative output. Trained as a graphic designer, she selects and reassembles typography, figures, and images from varied sources such as comic books, outmoded advertisements, entertainment magazines and pornographic material. The sources of her working materials are both local Filipino as well as imported American pop culture fare.

The amalgam of indigenous and foreign cultures in the Philippines can be seen especially in the artist’s use of language. The dramatic words cut out from comic book pages adds a colorful commentary, creating surreal associations and icons that foster a unique visual identity. Alternating between English and Tagalog words and phrases, Gadia adds an often confrontational punch to her images. “Power”, “Witching Hour” and “Kislap Ng Pancil” (“A Glimmer of Fang”) play between their dramatic declarations and the ironic titles of the works themselves.

In another example, Gadia takes old covers from Liwayway Magazine (Dream Magazine), a long-running publication of serialized stories, comics and entertainment news. Here, photogenic cover models are transformed into monsters, as flames and snakes creep out of their eyes and mouth. These can be seen in different ways: as comments on accepted ideas of beauty, or condemnations the superficial veneer of mass media publications that distract the public from the real ills of the society around them.

We also see in the work of Dina Gadia the reversal of sexual conceits: the female nude is often centralized and empowered, while male beefcakes are reduced to winsome decorations, or have their sexual prowess exaggerated to comical effect.