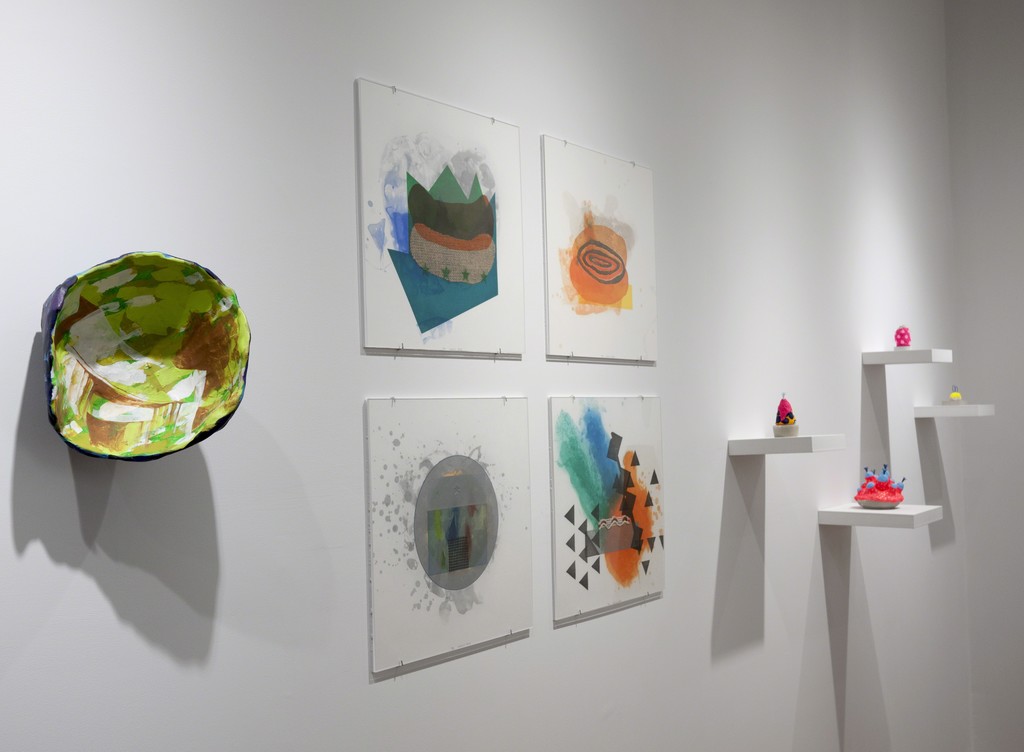 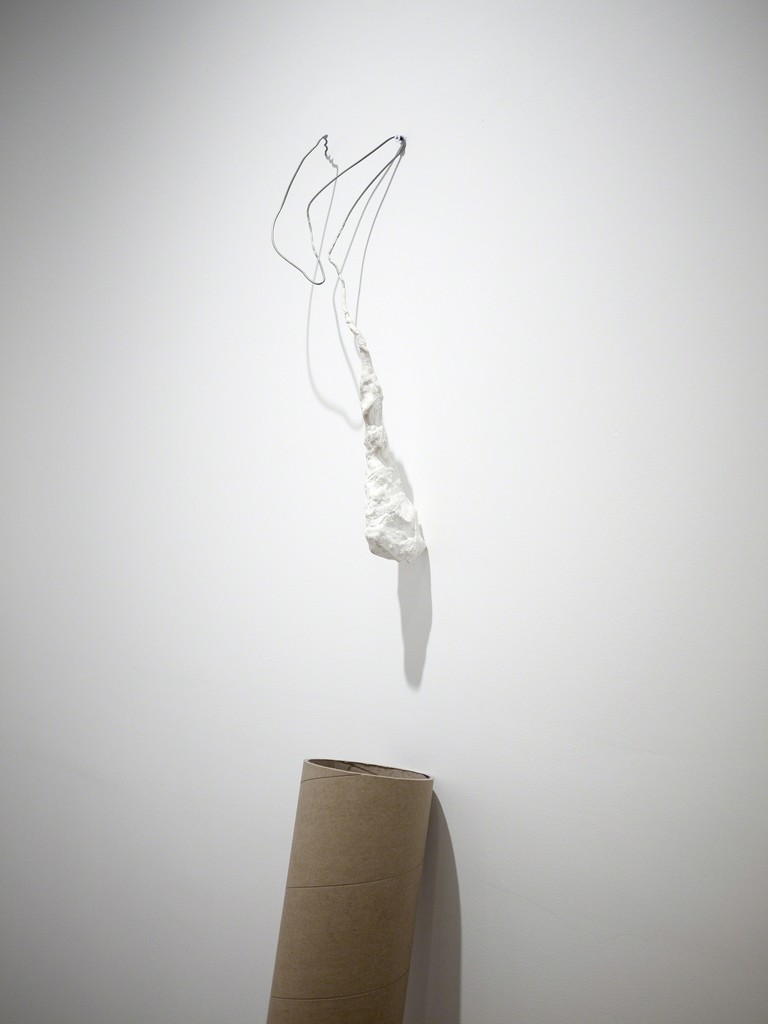 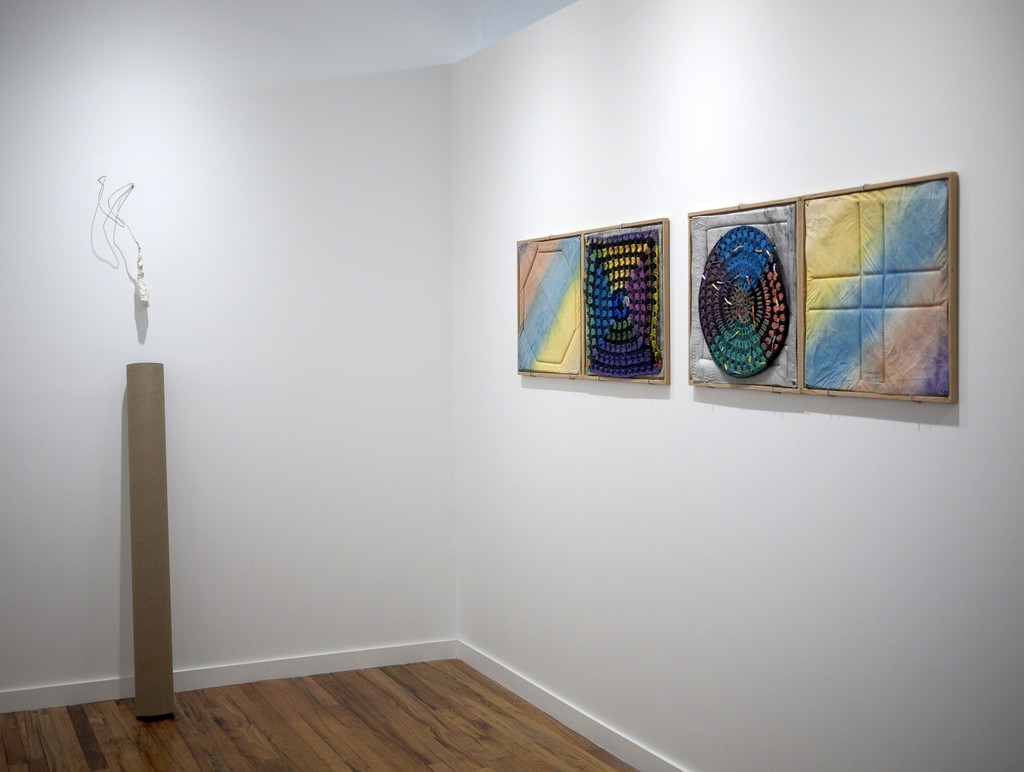 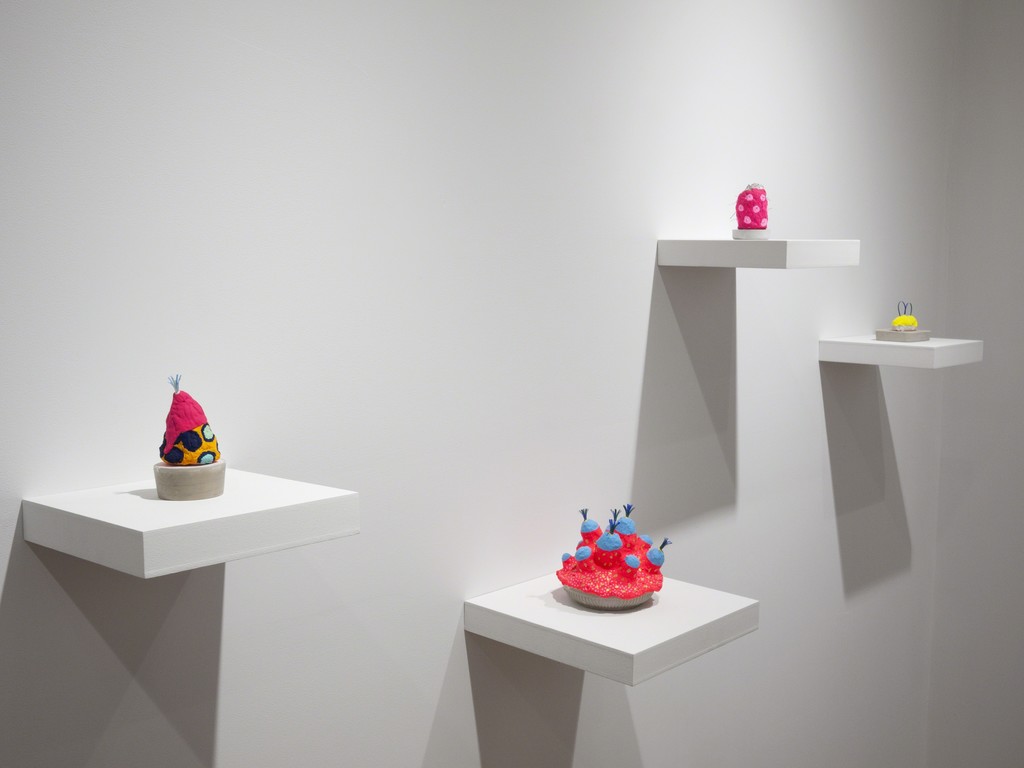 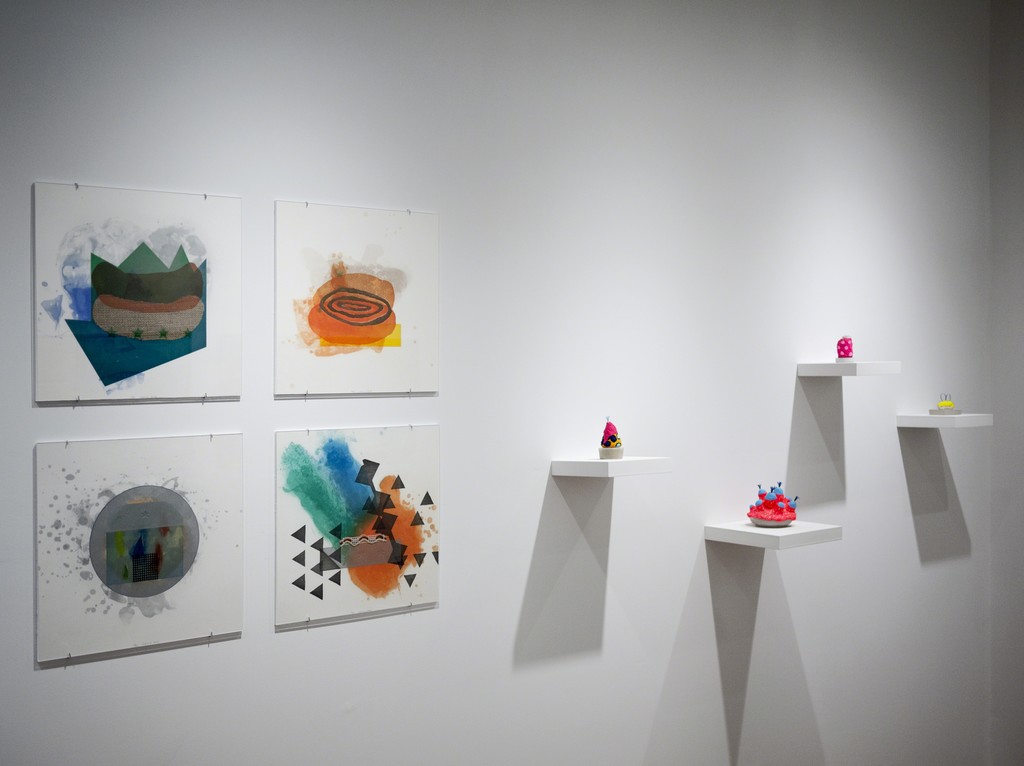 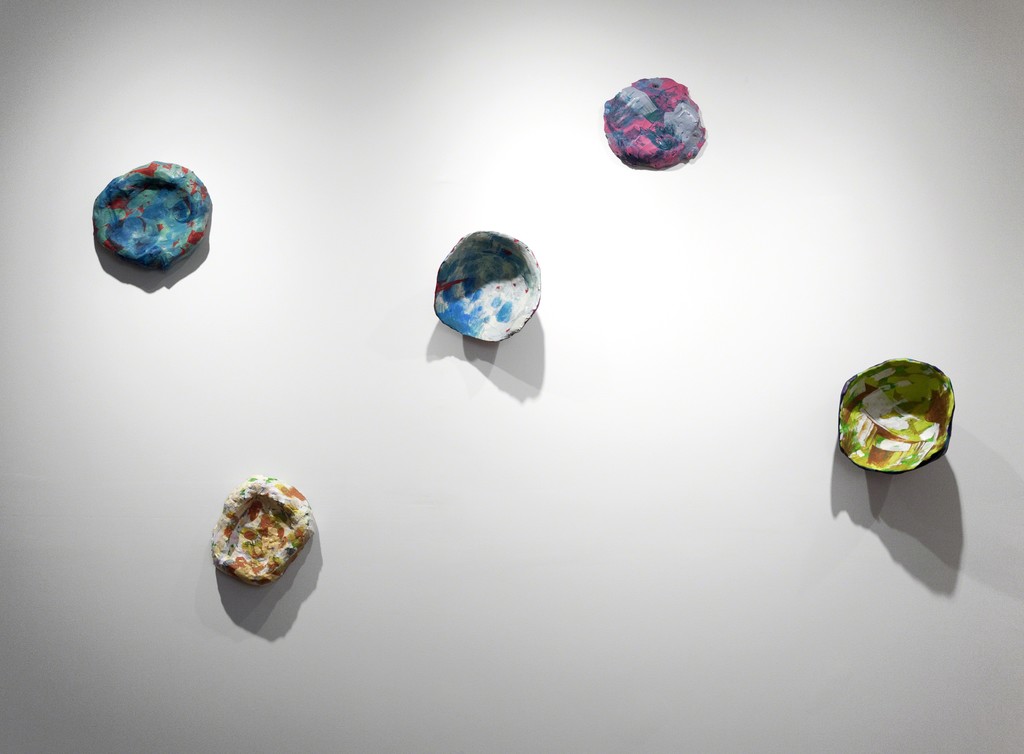 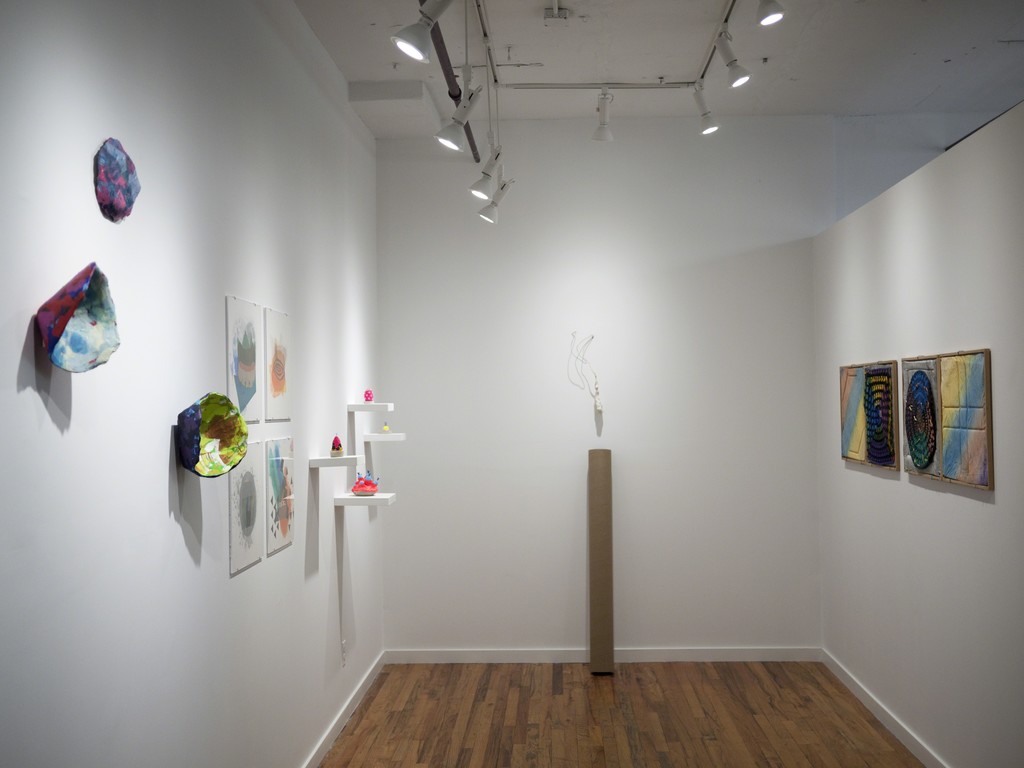 Materials / Abstraction is a group exhibition of emerging and established artists who approach abstraction through the use of diverse materials. Degrees of abstraction are represented, from the hidden traces of landscape scenes to full non-image works that focus attention on the materials from which they are made. What unites all of the artists is a playful interaction with form, color and space.

Adam Frezza & Terri Chiao work together to create colorful shapes vaguely based on desert flora. Their Lump Nubbins series are colorful paper pulp forms made from their own studio’s recycled paper (scrap craft paper, newspaper, old bank statements, etc.). Covered in plaster and paint, each form sits on a concrete pedestal. Balancing somewhere between fantasy horticulture and the controlled creative act of studio art making, these small works are an ode to playful nature and joyous color.

Rachael Gorchov hovers between sculpture and painting. In her work, organic shapes are covered in colorful, gestural brushstrokes. Within these marks are hidden depictions of public landscapes, industrial building facades and gardens based on sketches she makes in her travels. These images blend not only into the competing brushwork that surrounds them, but also into the contours of the shaped surfaces themselves. These forms, which are made of burlap, Ultracal, plaster and paper-mache clay, sit on the wall, deceptively hiding the images held within them.

Alan Shields was a unique voice that emerged in the 1960s with his 3D paintings, which were often intricate combinations of fabrics, unconventional materials and craftwork techniques. Presented here are two Untitled artist-book diptychs from 1972. When opened, the books become a primer for the materials and processes that Shields most often employed: sewing, vibrantly stained fabrics, stitching, beading, etc. His work is a direct predecessor to the craft-based aesthetic that has become so prevalent with today's emerging artists.

Richard Tuttle has long been known as a major post-minimalist artist who works on an often intimate scale in mixed media that ranges from sculpture to drawing to installation, prints and artist books. Tuttle’s work often involves delicate details, fine lines, and simple gestures that can exist as minimal effects or exotic collage. Also working with fabric over many years, Tuttle’s Cloth (Lable #13-16) are four prints from a larger body of 16. In them, Tuttle combines his love of aquatint etching techniques with the collage of burlap, thread, gingham fabric in a careful balance of pure abstraction.

Franz West is most associated with his application of action and performance to sculptural forms. West saw many of his paint-covered paper-mache creations as objects that should be physically interacted with, to be moved and placed in non-traditional ways. On display is one of West’s Accomodes, which resembles the artist's earlier works of pure white paint on plaster forms attached to wires and found objects. Playful in nature, his works foster a democratic unity between art and viewer.