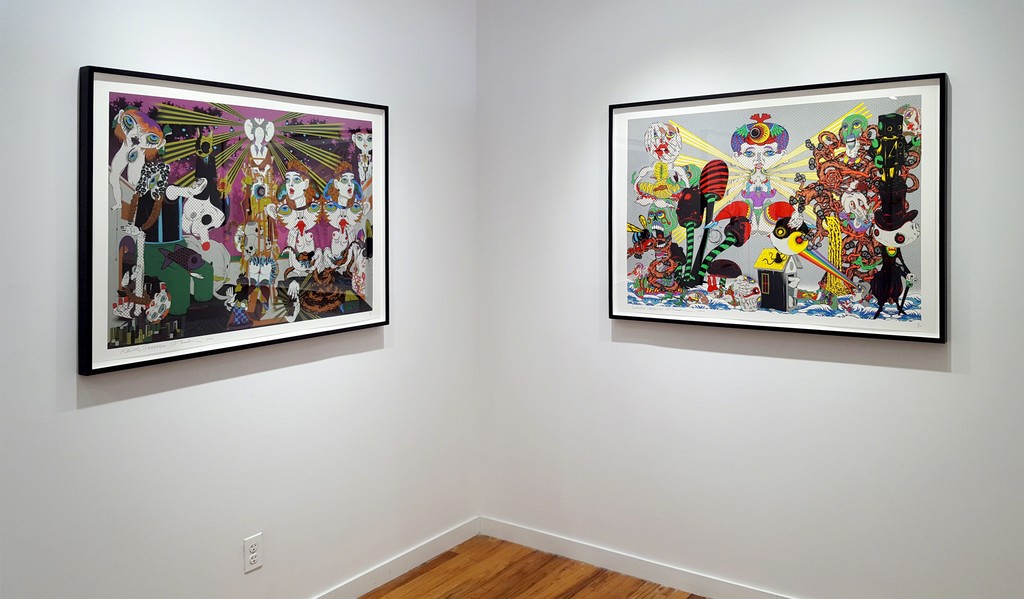 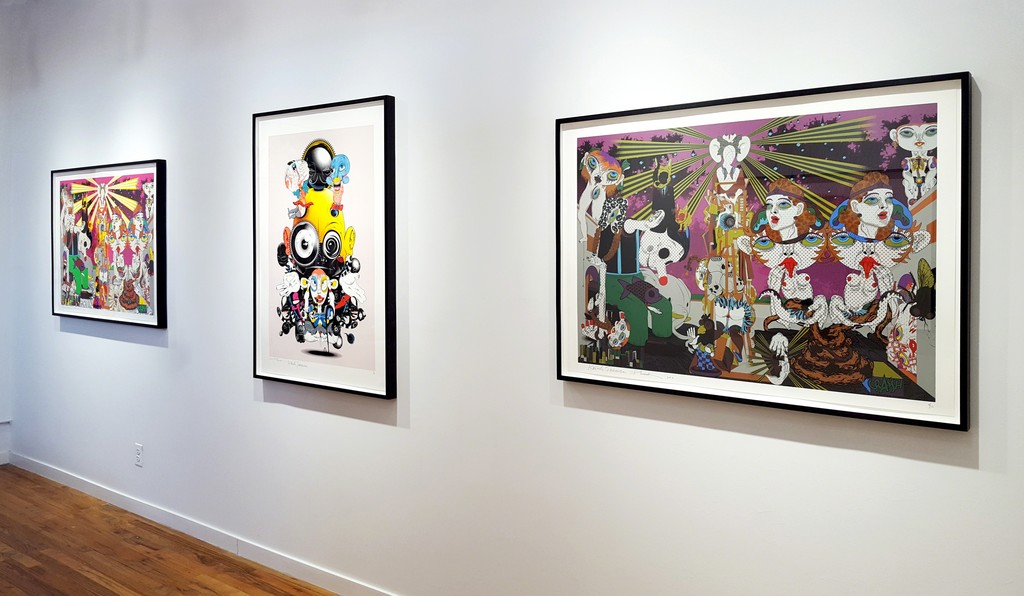 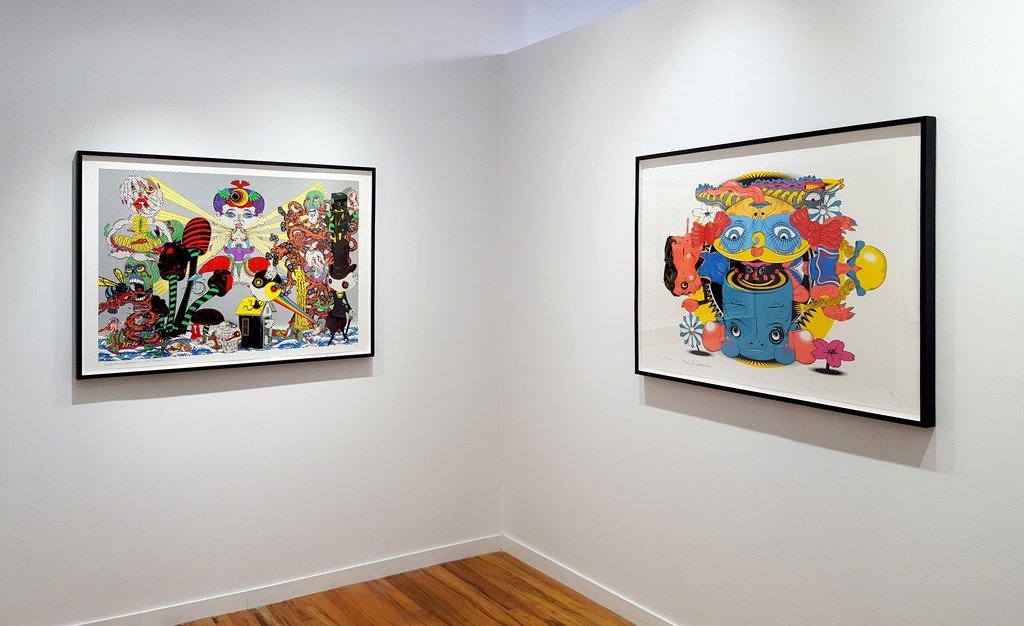 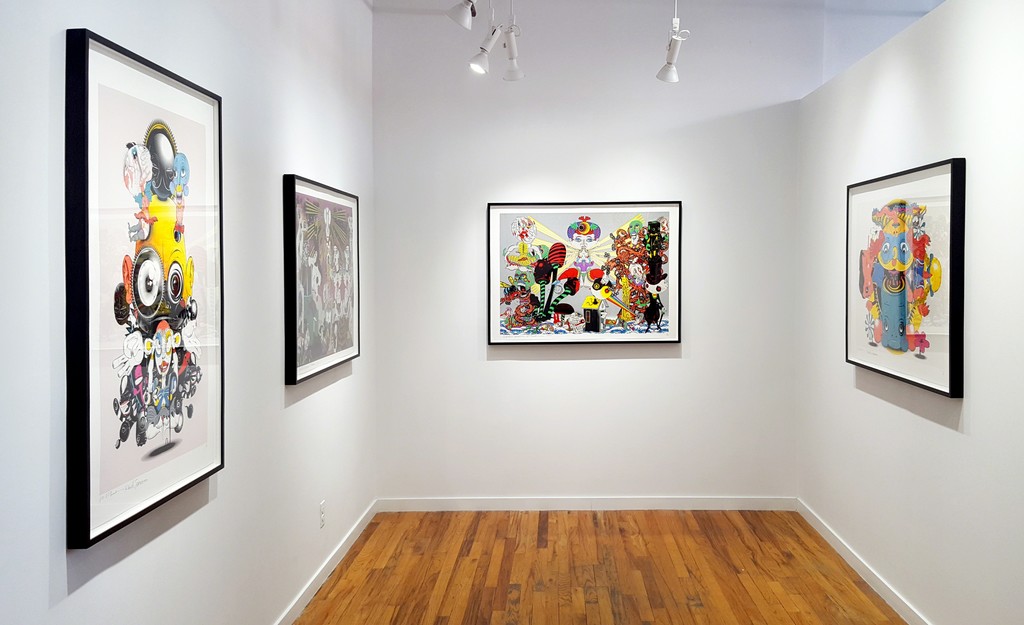 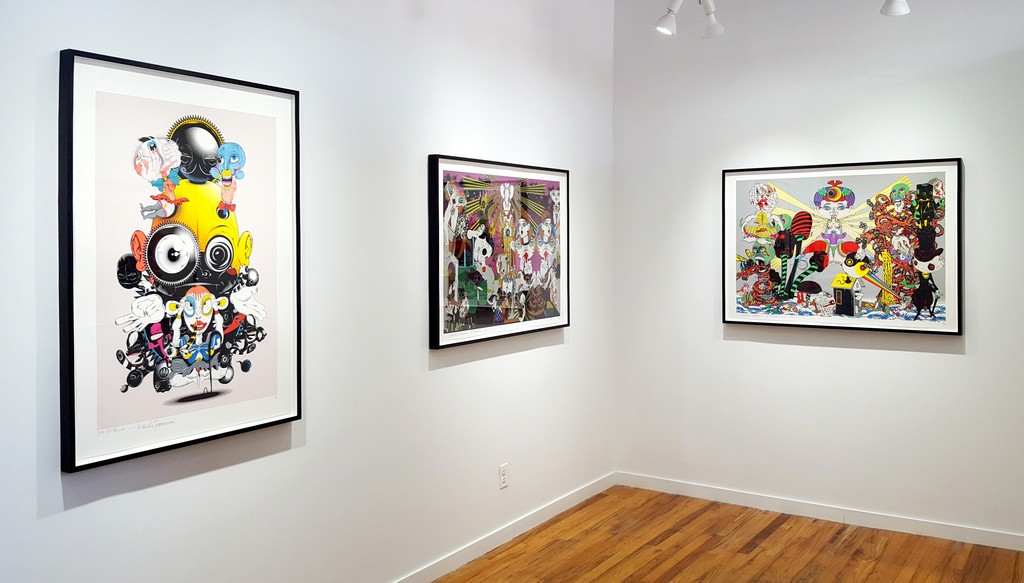 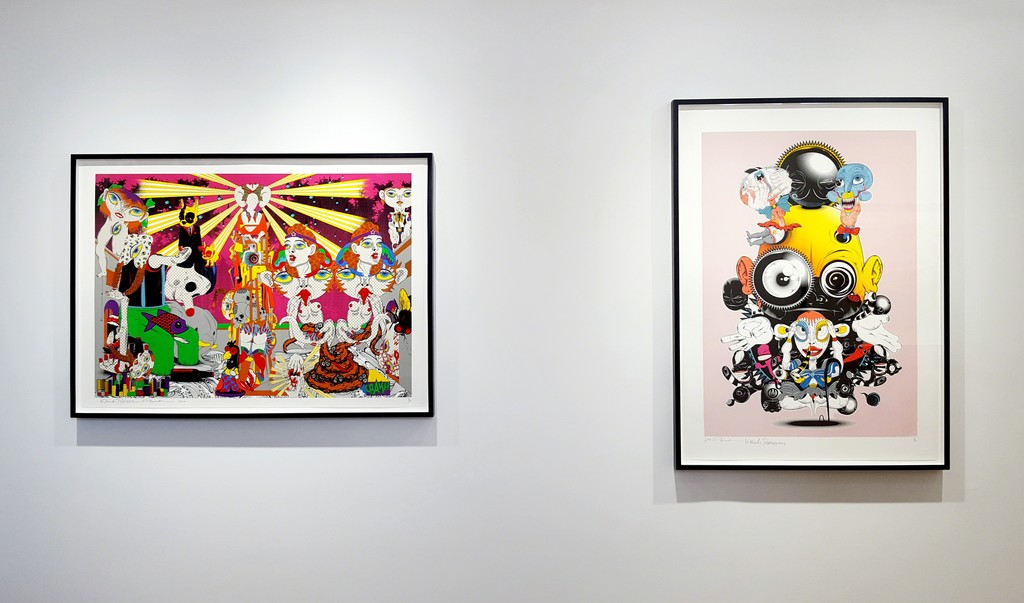 PHUNK is a dynamic and influential 4-man art and design collective based in Singapore. Founded in 1994, it is composed of Jackson Tan, Alvin Tan, Melvin Chee and William Chan. Since it’s inception, PHUNK’s enormous output has produced typography, graphic design, animation, vector illustration, sculpture, mural and installation art. In addition to their studio practice and individual endeavors, they have worked on major design projects with clients such as MTV, HTC, Nike and Comme Des Garçon, to name but a few. PHUNK’s defining feature is their distinctive computer-based illustration style. It is both frenetic and sublime, combining tight-lined characters with a carnivalesque Baroque lushness. As a group they tap into a wide range of influences, from Chinese mythology to Japanese manga to British music and American pop culture and media.

The exhibition revolves around a series of screenprints that were produced in 2010 during a collaboration with artist Keiichi Tanaami. Since the early 1960s, Tanaami has helped define Japanese Post-War art through graphic design, illustration, painting, printmaking, book design, animation and comics. Tanaami helped introduce a Warhol-infused Pop aesthetic, as well as a wild Psychedelic turbulence into Japanese contemporary art. He has also been a large and ongoing influence on PHUNK’s artistic aesthetic.

At the heart of this print series is a central, mandala-like design, with a balanced equilibrium of distorted characters and twisted shapes. Each print has been created in two variations, with different palette tones, so that it is represented by a brighter and darker (Day & Night) state. Many of the iconic PHUNK characters, such as Mr. Black, can be seen throughout: robots, metallic mushrooms, and half-alive mannequin forms among them. The landscape is cacophonous, with a range of effects that can feel dystopian, religious, humorous, disturbing, and yet optimistic in their pure force of energy. These forms interact with Tanaami’s figures, which are often cartoonish riffs on Hieronymus Bosch-like species: numb-eyed women, monsters composed of various body parts, and strange intestinal forms. They are often depicted with a benday dot pattern, referencing his Pop art influences. The prints shimmer not only from masterful printing in many layers, but from additional printing techniques that include pearl effect and diamond dust application.

The members of Phunk work through a continually shifting approach, where in each project they rotate who initializes concepts, illustrates them, oversees production, and then re-imagines the idea to begin the next phase. This sensibility makes the pairing with Tanaami, with his long history of graphic design projects, a natural fit. PHUNK’s fastidious attention to detail highlights the caliber of their influences, and places this body of work firmly in the amazingly diverse world that they continue to create.

What is perhaps most impressive about PHUNK is the truly multi-dimensionality of their work. Each project allows them to tap into their central core of influences, and yet produces an infinitely expanding visual universe.