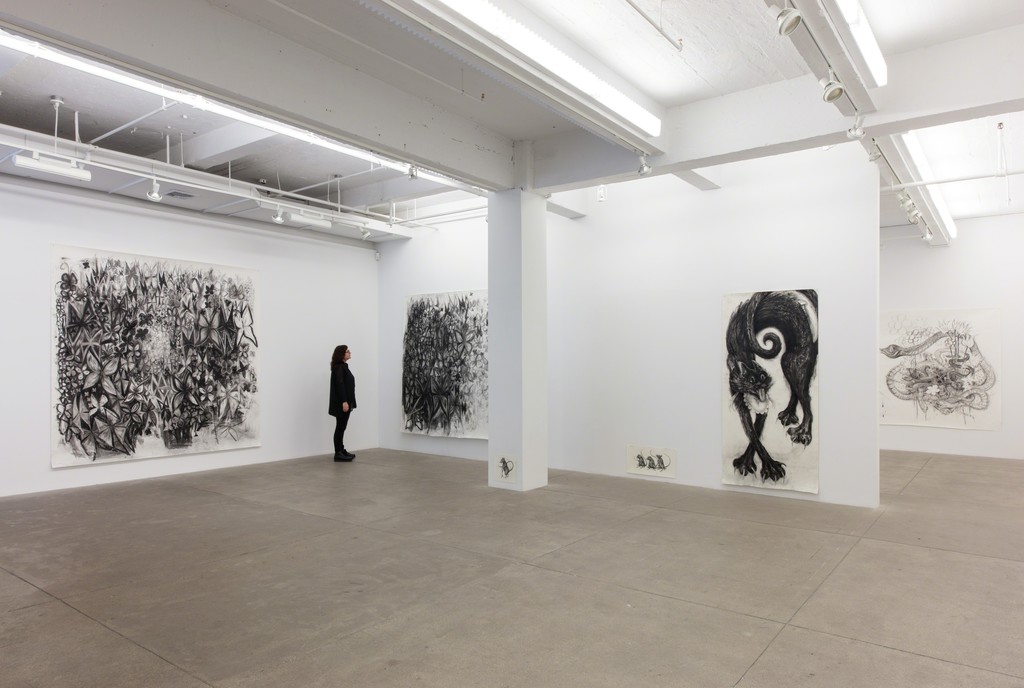 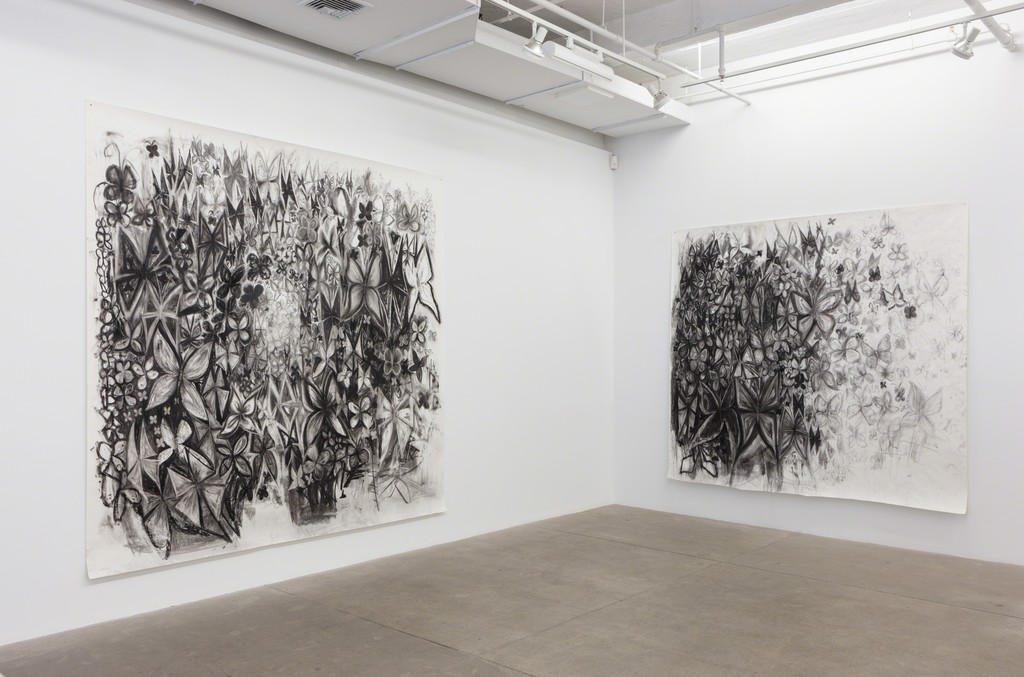 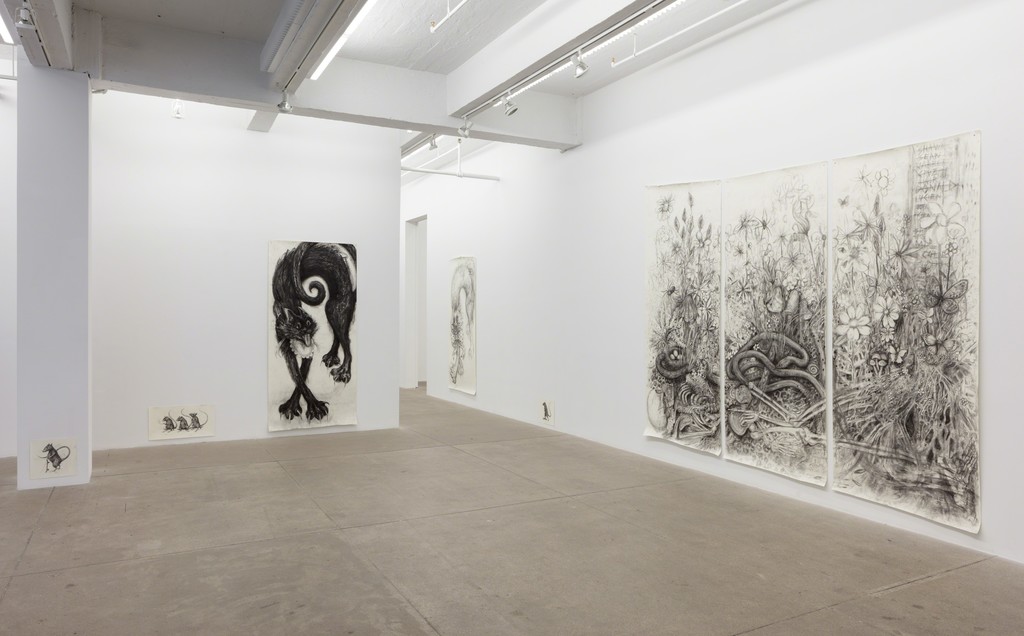 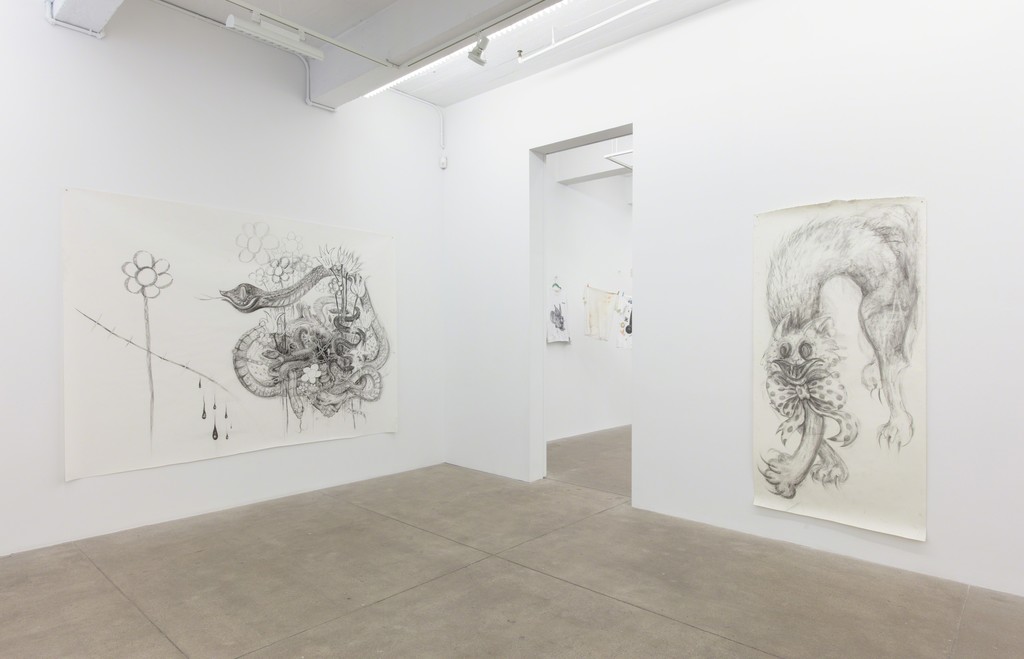 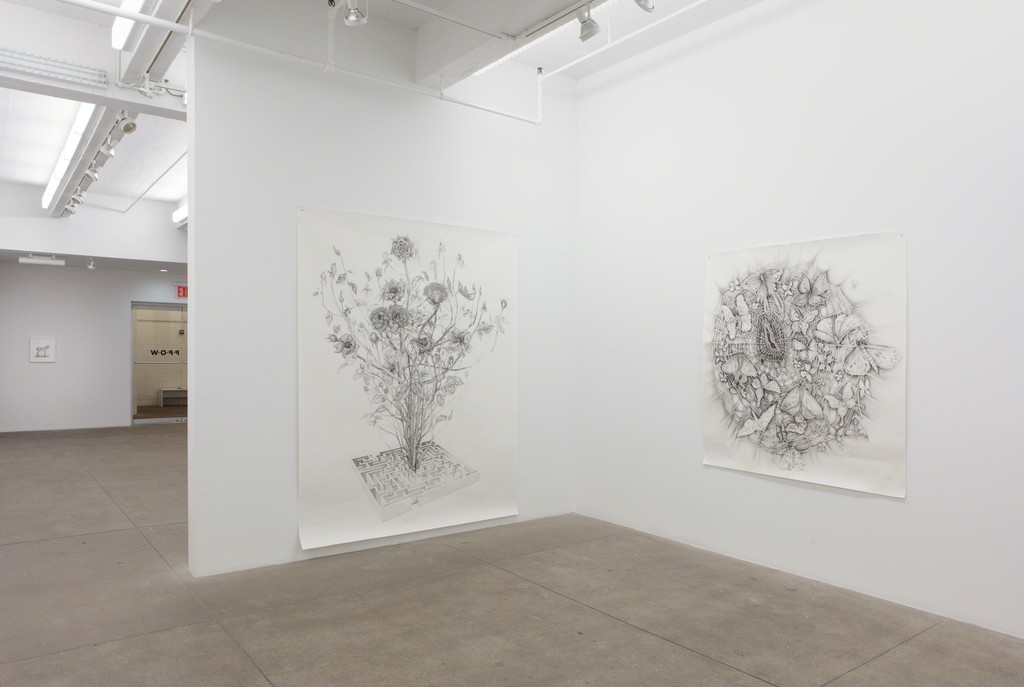 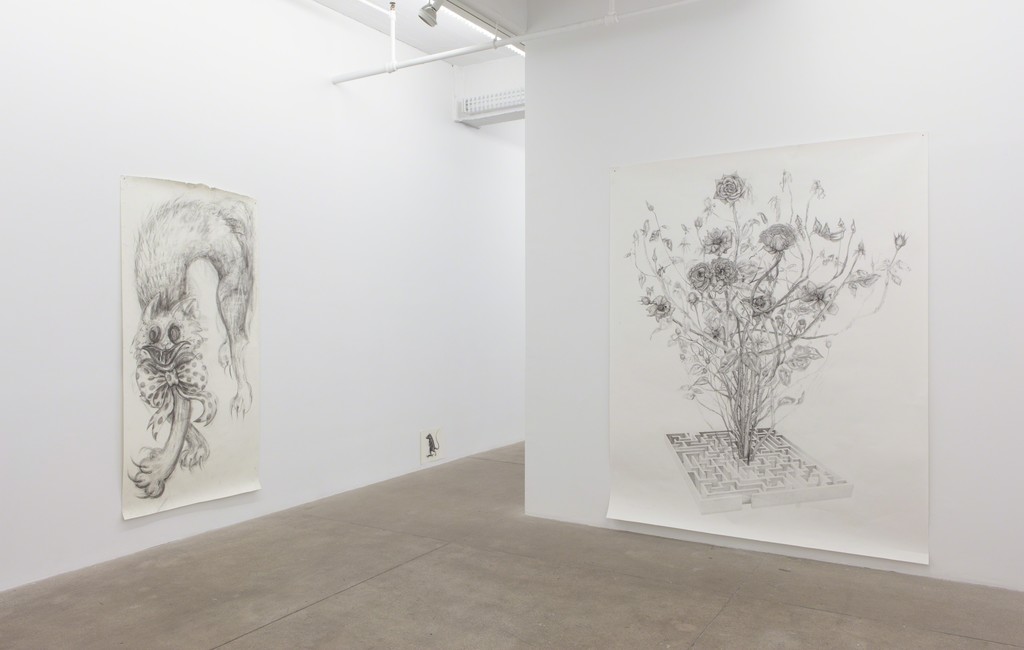 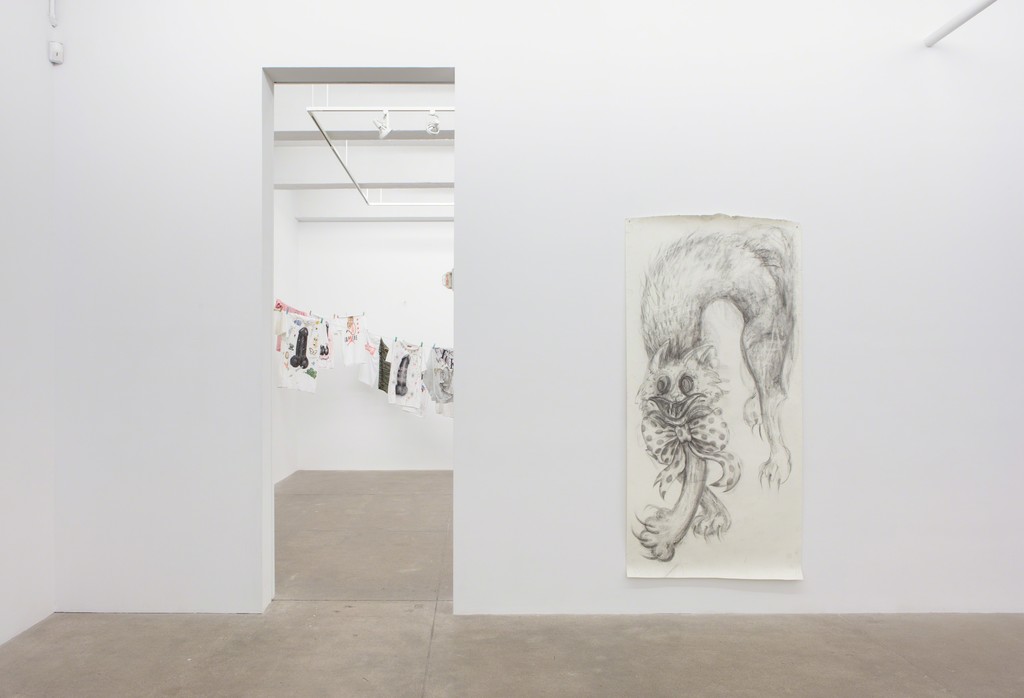 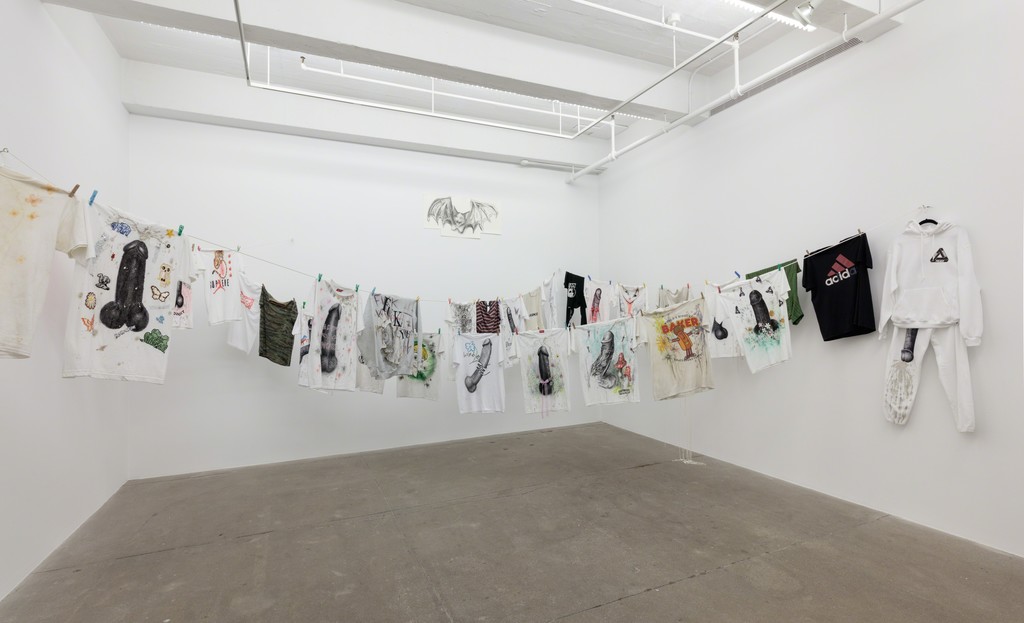 Aurel Schmidt: I Rot Before I Ripen

For the last decade, Schmidt has exposed myths about the body using drawing as her main vehicle of expression. Even though populated by such images as butterflies and flowers, the works presented are darkly monochromatic, and depart from the delicate detail and color for which Schmidt has been recognized. I Rot Before I Ripen presents a somber tone, bringing demanding urgency to her works, underlining the depth of the female experience and issues surrounding aging and mortality.

In addition to her large-scale drawings, the exhibition will include an installation with athletic tee shirts Schmidt has treated as canvases. Combining hand drawn sexual imagery, glitter, decals, and other collaged elements with the readymade contemporary iconography of the tee shirt, Schmidt turns these items from youthful masculine boy attire into female objects of desire. From iron-on photos of Justin Bieber to iconic magic mushrooms to the World Trade Center represented by two large penises, Schmidt provocatively challenges gender stereotypes and sexuality, through works that playfully weave grunge, punk, and skateboard culture with landscape, erotica, and glitter.

The installation offers a burlesque vision of male culture, bringing together a series of shirts, many of which belonged to male figures in Schmidt’s life, including her ex-husband, former lovers, and her current boyfriend. Presented variously as faux graphic design and personal objects of memory and desire, the work aims to highlight and perversify the boy’s club aspect of street wear and skateboarding apparel. By appropriating the iconography of brands such as Supreme or Palace, the works both fetishize and make fun of the purported elitism of these brands, undermining the perceived significance of their brand and labeling.