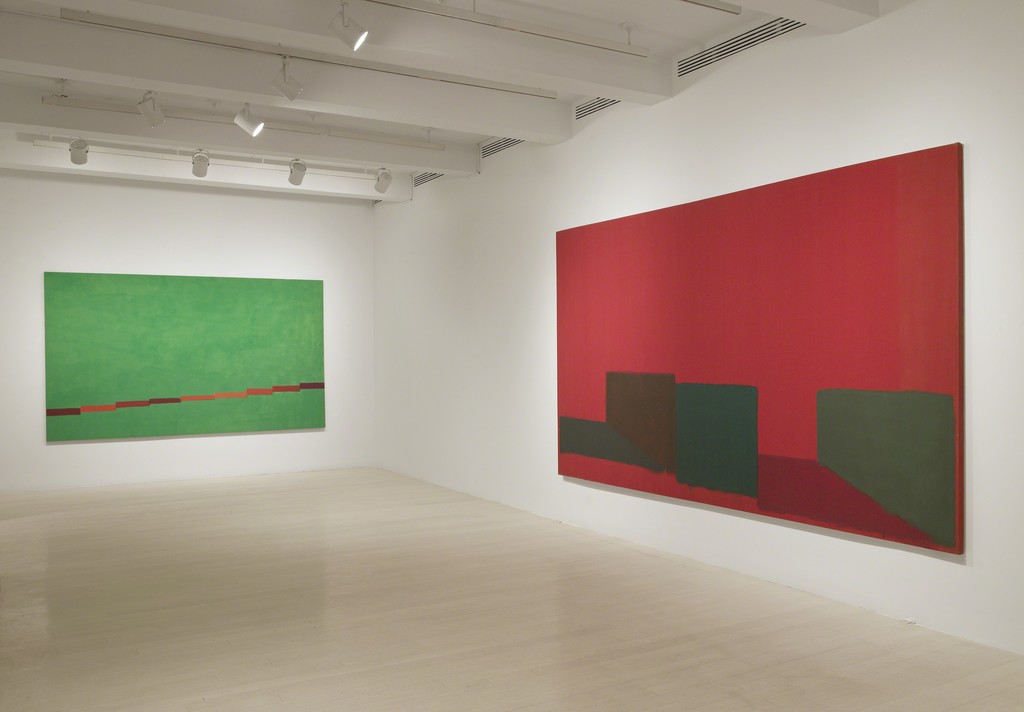 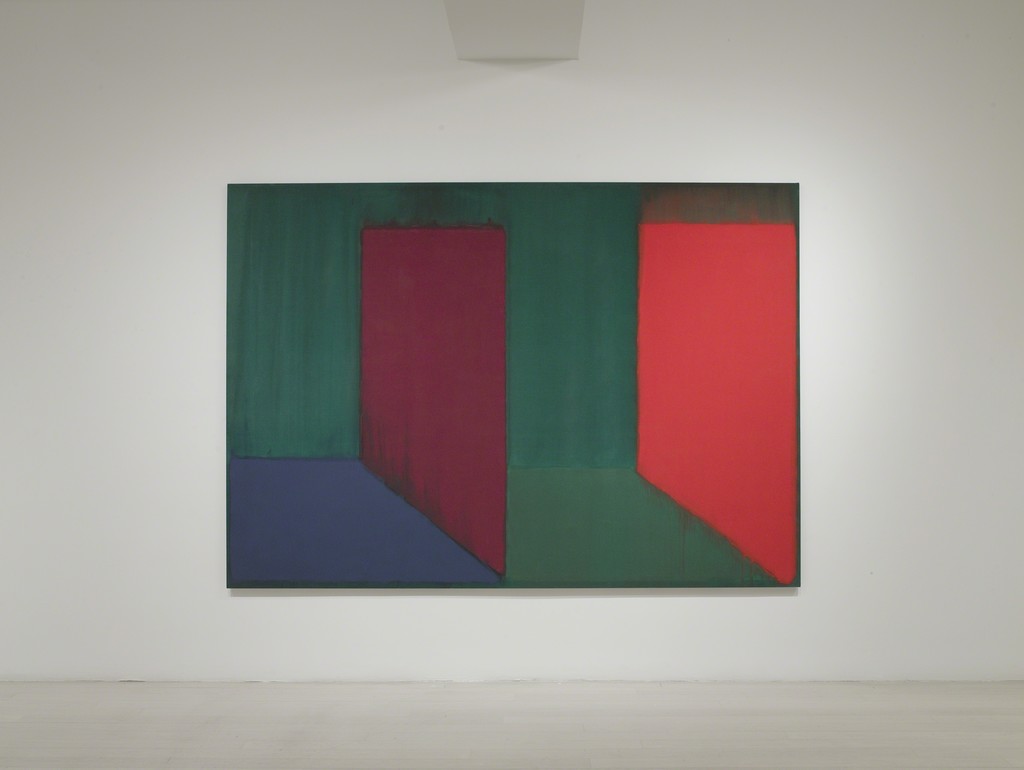 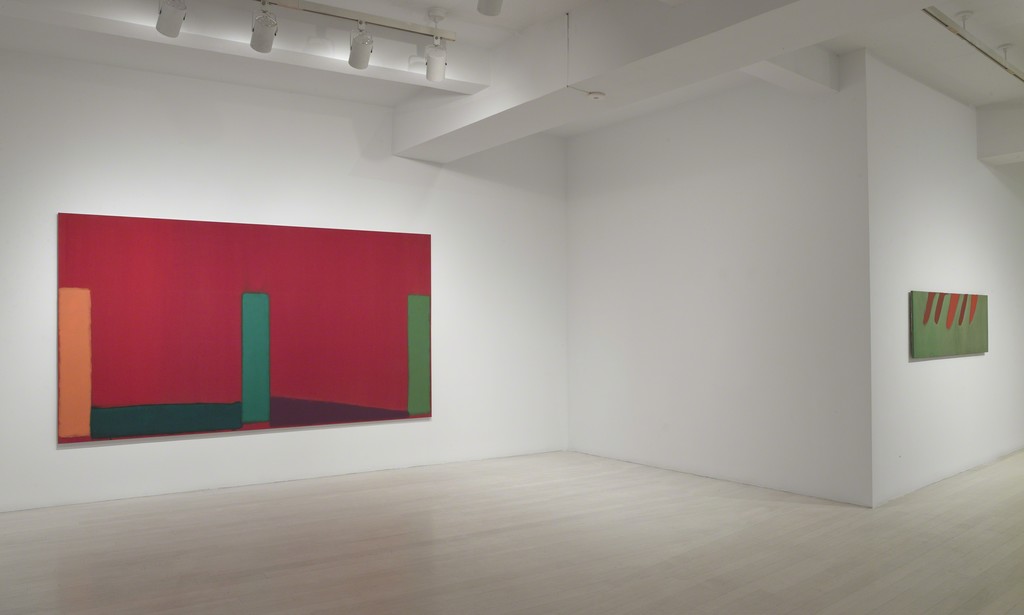 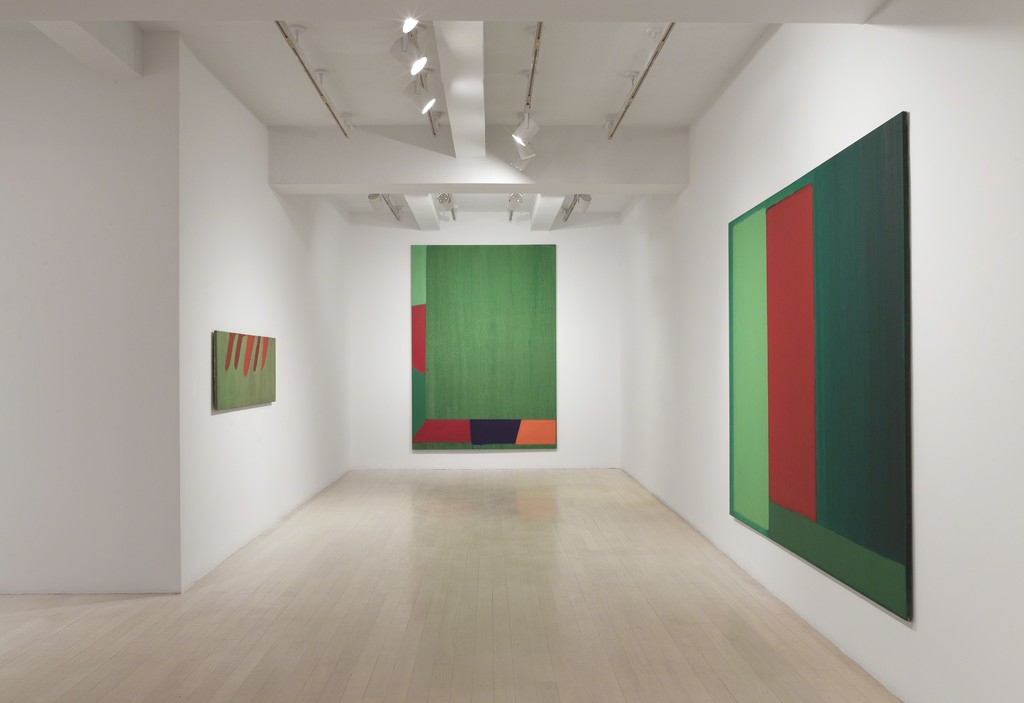 New York— Pace Gallery is pleased to present the gallery’s first solo exhibition of works by leading British abstract painter John Hoyland (1934 – 2011). On view from September 15 through October 21, 2017, at 32 East 57th Street, John Hoyland: Stain Paintings 1964 – 1966 marks the first exhibition dedicated to the artist’s work in the U.S. in 25 years. Drawing together monumental paintings alongside works on paper, the exhibition charts the crucial period in Hoyland’s career that followed his first visit to New York in 1964. Pace will publish an e-catalogue to accompany the exhibition, with an introductory text by artist Damien Hirst and an essay contributed by novelist William Boyd.

“We are thrilled to present the first in-depth exhibition of Hoyland’s work in the U.S. in a quarter century,” says Marc Glimcher, Pace Gallery President. “Through his ties with leading modernists on both side of the Atlantic, Hoyland is a pivotal figure in 20th-century abstraction and the stain paintings from this period, many of which have never been publicly exhibited outside of London, are ripe for rediscovery and new understanding.”

All of the works in the exhibition were made between Hoyland’s 1964 trip to New York and his first major retrospective at the Whitechapel Art Gallery, London in the spring of 1967. Inspired by interactions and studio visits with American Abstract Expressionists, including Helen Frankenthaler, Robert Motherwell, Barnett Newman, and Mark Rothko, Hoyland increased the scale of his pictures and moved exclusively to acrylic paint rather than oil. Hoyland began to stain his paintings with acrylics, as well as to apply pigment with brushes and rollers, creating varied edges, opacities and surfaces across his works. The paintings are dominated by large geometric shapes, but through his use of acrylics, Hoyland maintained a soft edge, with colors overlapping or seeping into each other and creating halo-like effects, evocative of works by Morris Louis and Rothko.

As Hoyland shared: “I was preoccupied with shapes, where to locate colors, what kind of shapes to use, and so on. This was all in the wake of Rothko. It was trying to come to terms with those paintings of his, but knowing one couldn’t go on making them that simple…the ways the edges met, how colors impinged upon one another, the way that affected space was much more of a problem.” The pronounced shapes in Hoyland’s paintings, with their allusions to three-dimensional objects, departed from the shallow infinite 2 spaces found in American post-painterly abstraction. Hoyland would retain a European sensibility throughout his practice.

Tightly focused on these three years, the exhibition demonstrates the important evolution that occurred in this period of Hoyland’s career. His paintings moved from cooler, graphic arrangements of shapes and relatively flat grounds, such as 11.10.64 (1964) and 29.6.65 (1965), to increasingly rich and sublime color spaces, such as 20.4.66 (1966) and 7.11.66 (1966). As Stain Paintings: 1964 – 1966 charts, Hoyland grew increasingly masterful at creating pictures that are simultaneously shadowy, luminous and emotionally evocative, while still rigorously controlled.

On the occasion of the exhibition, Pace Gallery is hosting an evening with Arne Glimcher, Pace Gallery Founder, and Mel Gooding, art critic, writer, and curator, to discuss Hoyland’s life and work. The discussion will begin at 6 p.m. with a reception to follow. The event is open to the public but seating is limited, so advance RSVP to [email protected] or 212.750.0840 is required.

John Hoyland (b. 1934, Sheffield, United Kingdom; d. 2011) was one of Britain's leading abstract painters, renowned for his bold use of color and inventive forms. After leaving the Royal Academy Schools in 1960, he was included in the influential Situation group exhibitions in 1960 and '61 and was selected as one of Bryan Robertson's New Generation artists at the Whitechapel Gallery in 1964. He spent significant time in New York and nurtured friendships with Robert Motherwell, Kenneth Noland, Barnett Newman and Mark Rothko. It was at this time that Hoyland first encountered the work of European-born Hans Hofmann, whose work encouraged Hoyland to move in the later 1960s towards a more richly allusive non-figuration. His first solo museum retrospective was presented at the Whitechapel Gallery in 1967. In 1969, Hoyland represented Great Britain alongside sculptor Anthony Caro at the São Paulo Biennale, Brazil. Following this, he was the subject of retrospectives at the Serpentine Gallery (1979), the Royal Academy of Arts, London (1999), Tate St Ives (2006), Newport Street Gallery, London (2015), and was the centerpiece of The Independent Eye exhibition at Yale Center for British Art (2010). In 1982 he won the John Moores Prize, at that period the most prestigious award for painting in Britain. Elected a Royal Academician in 1991, he was appointed Professor of Painting at the Royal Academy Schools in 1999.