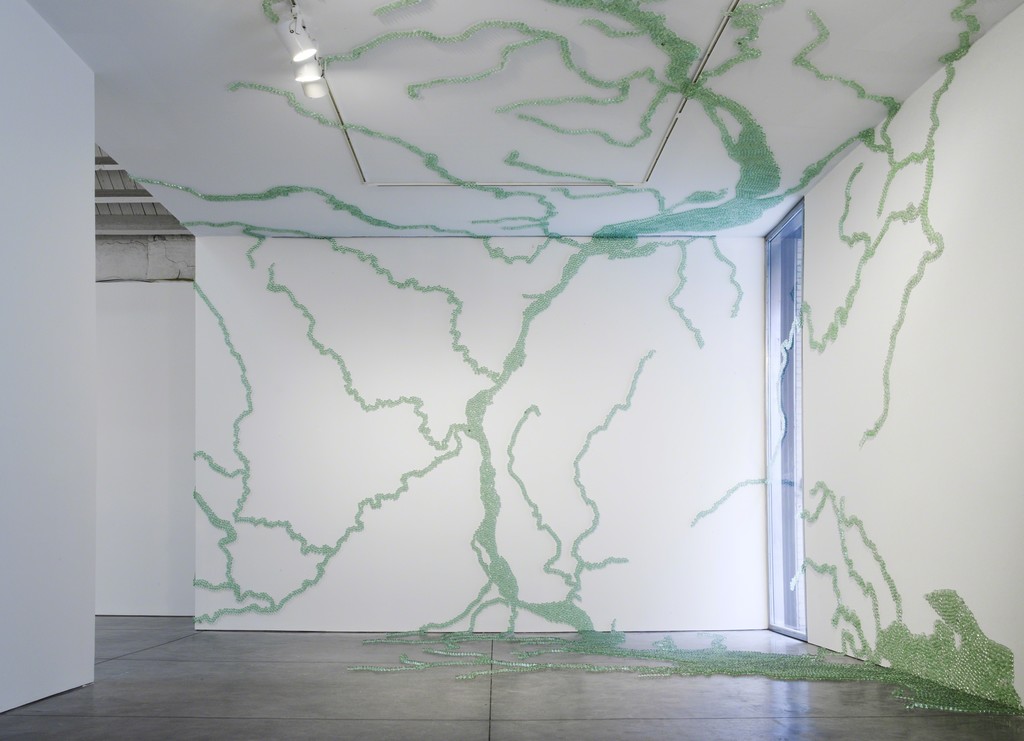 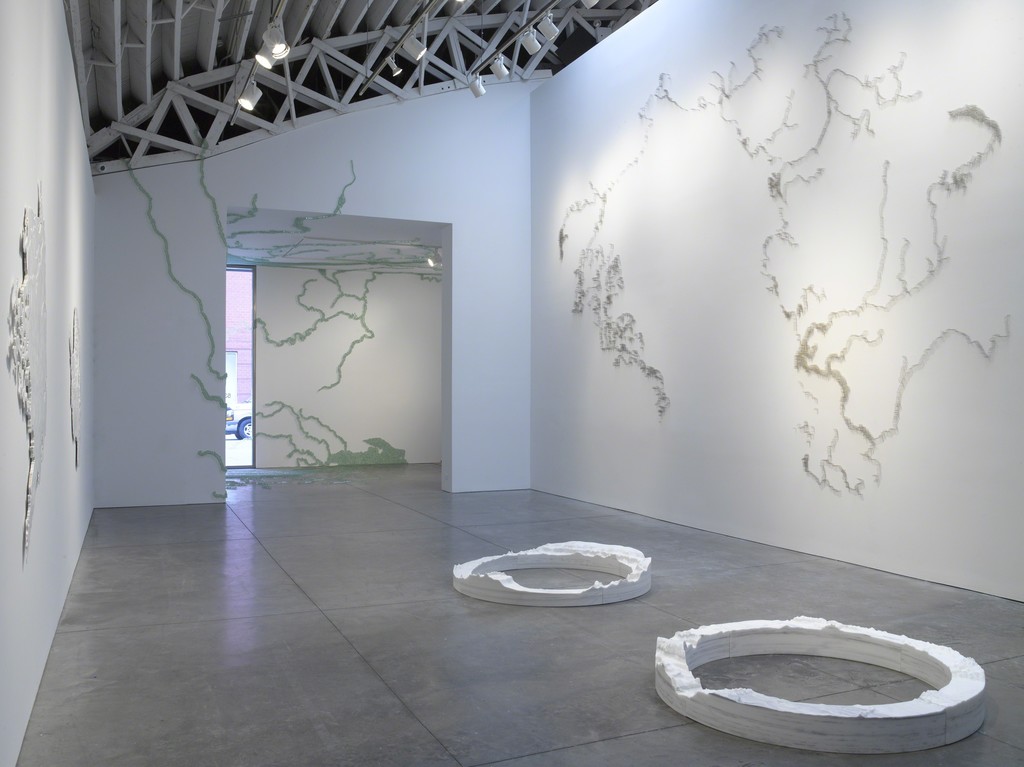 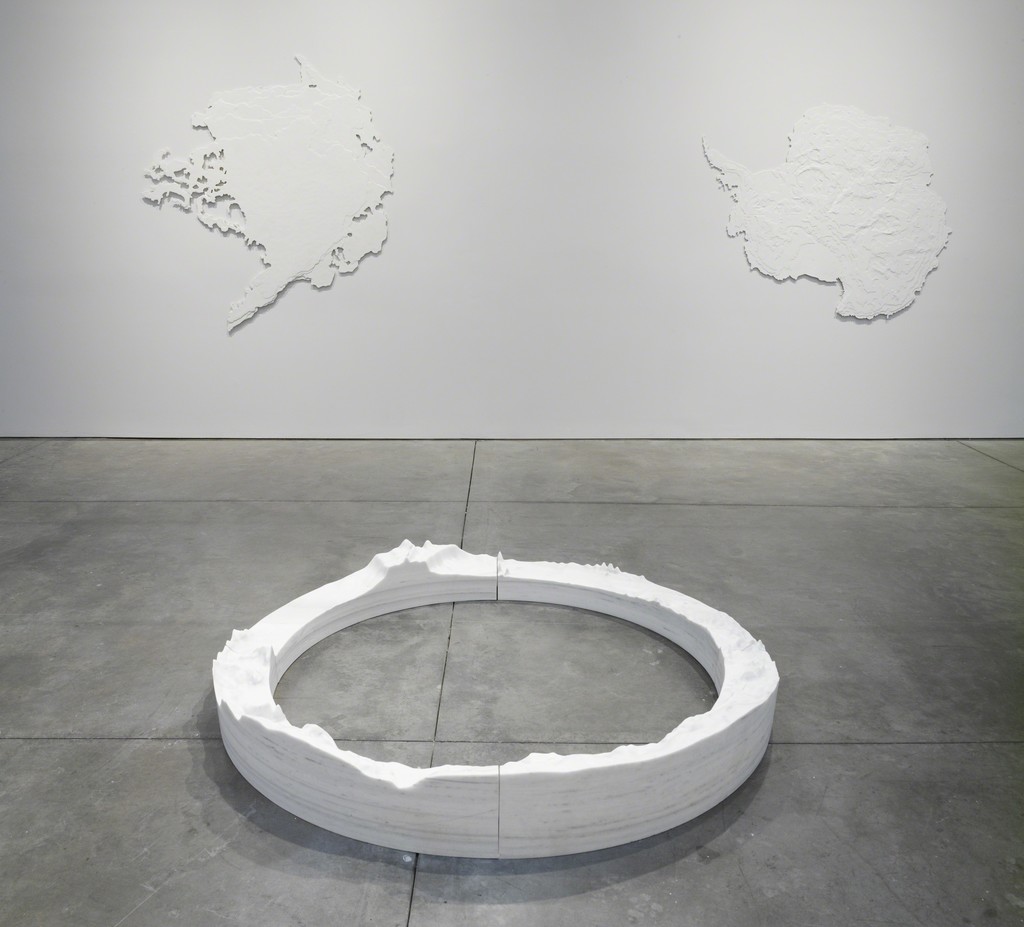 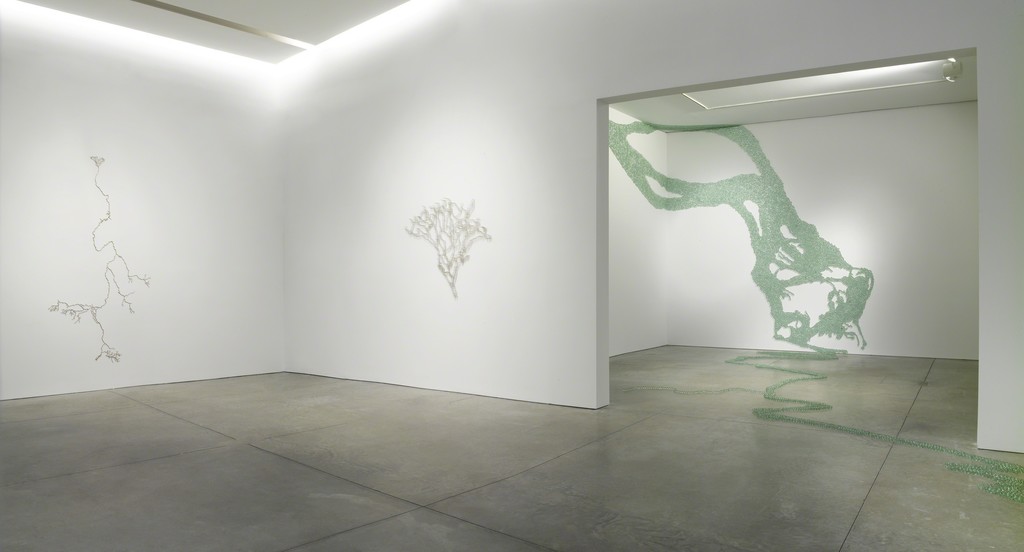 New York—Pace Gallery is pleased to present Maya Lin: Ebb and Flow featuring 9 new installations and sculptures that continue the artist’s ongoing investigation of water in its different states. The exhibition includes wall and floor pieces made from recycled silver, glass marbles, steel pins, and marble. Lin’s fourth exhibition with Pace since she joined the gallery in 2008, Ebb and Flow is on view at 537 West 24th Street from September 8 through October 7, 2017. An opening reception for the artist will be held on Thursday, September 7, from 6 to 8 p.m.

“I've always been fixated on water,” says Lin. “Maybe it's because it exists in multiple states, and you can never understand it in nature as a fixed moment in time.The new show coming up at Pace is about the transitory state of water, and of the earth itself. I'm very interested in the shifting flux of things. And especially now with human development and climate change, the world is being altered at an incredible pace—from rising seas, disappearing polar ice, to our major rivers and estuaries and how they have been changed by us. I wanted to capture some of those events: ‘Can we stop time? Can we freeze a moment in something that is always in flux? Can I reveal aspects of the natural world that you may not even realize are shifting?’”

The works in Ebb and Flow map the water at Victoria Falls, in the Nile River, the Arctic, and the Antarctic and translate its presence into humanly scaled comprehensible forms. The exhibition includes two new Silver River works depictingthe Nile and Columbia Rivers. Using recycled silver, Lin evokes water through the silver’s smooth and reflective qualities, and symbolically portrays a finite resource with a recycled material. In other works, such as Where the Water Flows North (2017) Lin uses steel pins set into the gallery wall to create a three-dimensional drawing that illustrates the dispersion and movement of waterways. Drawn together, the new works reflect Lin’s ongoing interest in capturing the different states and constant flux of our world’s most essential element.

Her numerous awards include receiving the Presidential Medal of Freedom, the Nation’s highest civilian honor, in 2016 from President Barack Obama, the 2009 National Medal of the Arts conferred by President Obama andthe 2014 GishPrize for her contributions to art and social change. She is at work on her final memorial, What is Missing?, raising awareness about habitat loss and biodiversity.

Lin has been commissioned to create major art and earth works by organizations around the world. A selection of her earth works include Eleven Minute Line (2004) at Wanås Foundation, Wanås, Sweden; Storm King Wavefield(2009) at Storm King Art Center, Mountainville, New York; and A Fold in the Field (2013) at Gibbs Farm, Kaipara Harbour, New Zealand, among others. Notable art commissions include Women’s Table (1993) for Yale University, New Haven; Above and Below (2007) for the Indianapolis Museum of Art; Pin River – Yangtze (2007) for the American Embassy in Beijing; Where the Land Meets the Sea (2008) and What is Missing? (2009) for the California Academy of Sciences, San Francisco; and Colorado River (2009) for Aria Resort & Casino, Las Vegas, among others.

Committed to advocating sustainable design solutions in all her works, Lin’s architectural projects include Novartis Institutes for Biomedical Research in Cambridge, Massachsuetts (2015); the Museum for Chinese in America in New York City (2009); the Riggio-Lynch Interfaith Chapel in Clinton, Tennessee (2004); and Langston Hughes Library in Clinton, Tennessee (1999). Currently, the construction for her redesign of the Neilson Library at Smith College has begun and is set to be completed by fall 2020. Holding degrees from Yale and the Yale School of Architecture, Lin’s architectural designs create a close dialogue between the landscape and built environment.