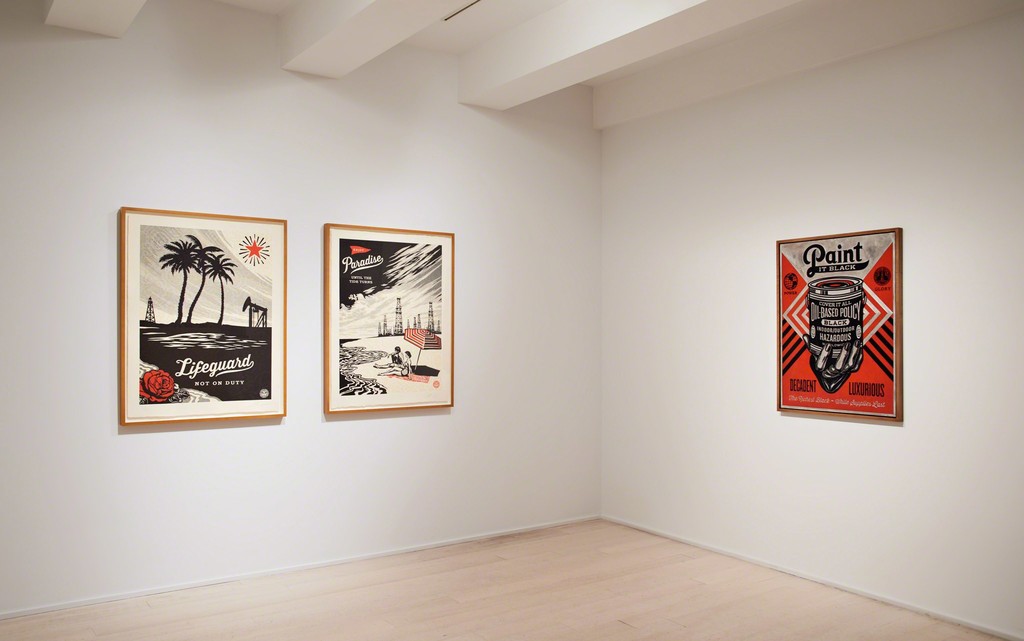 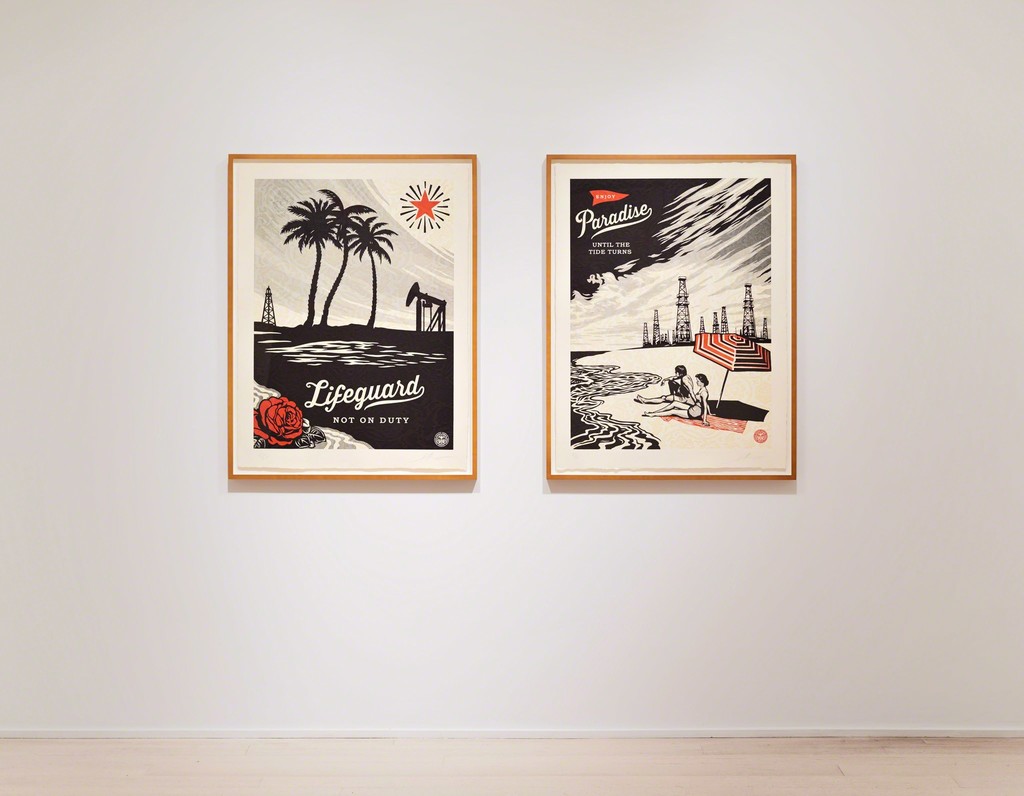 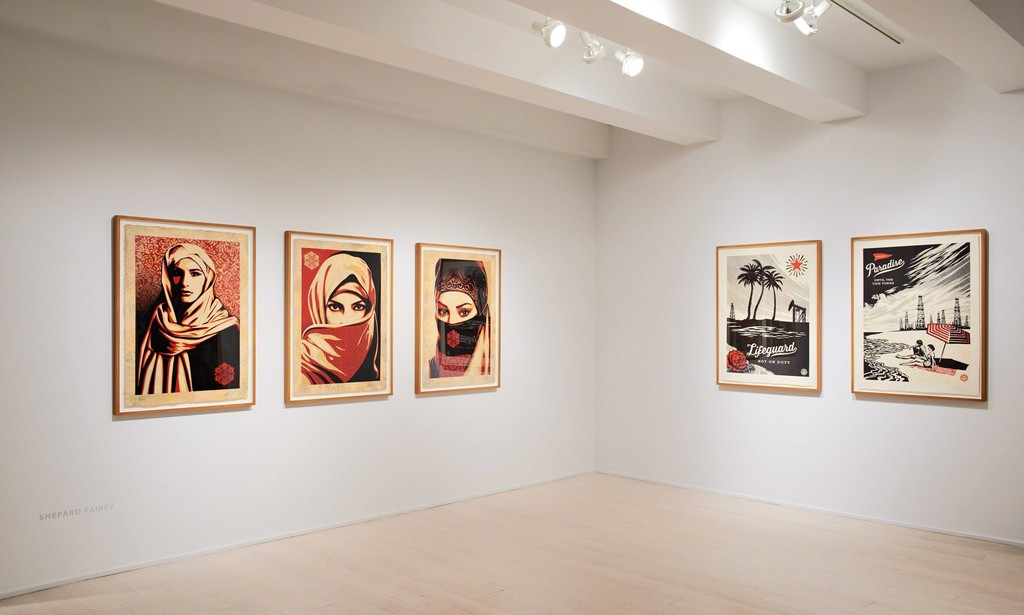 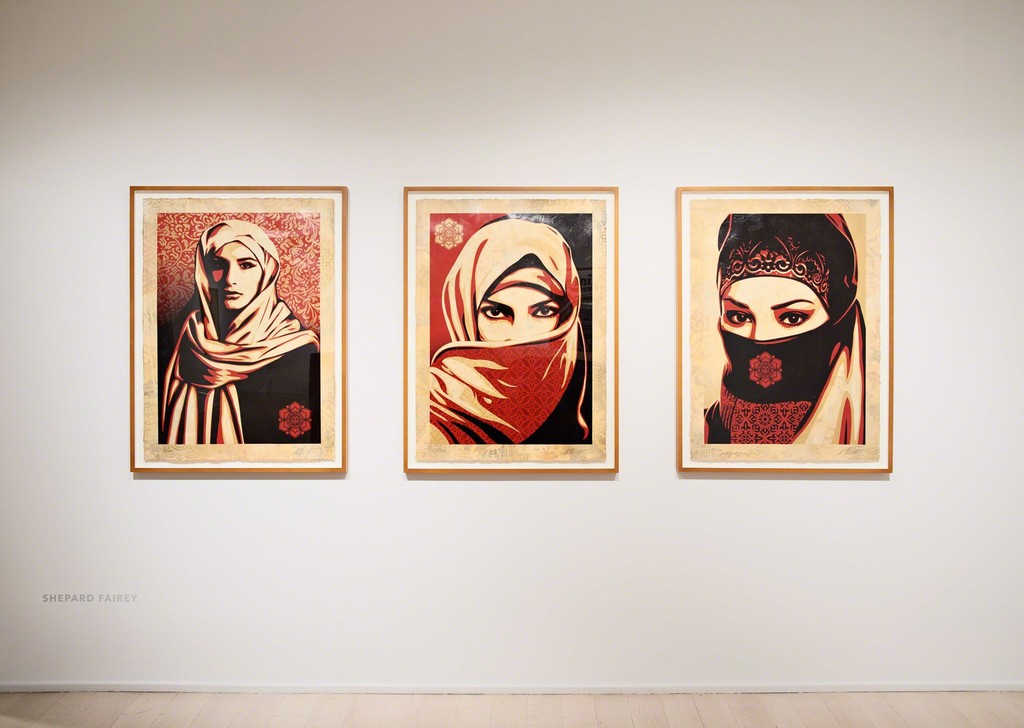 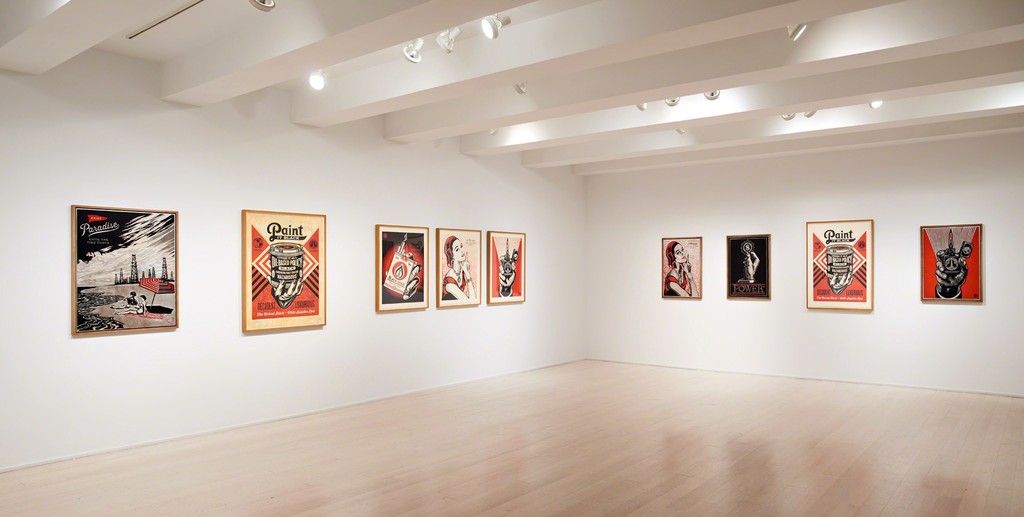 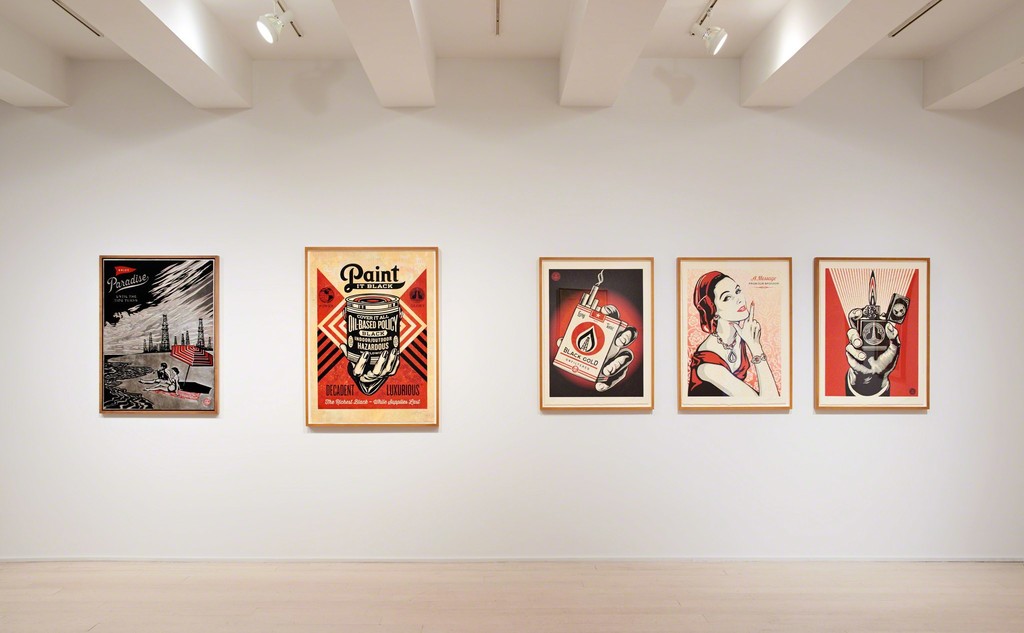 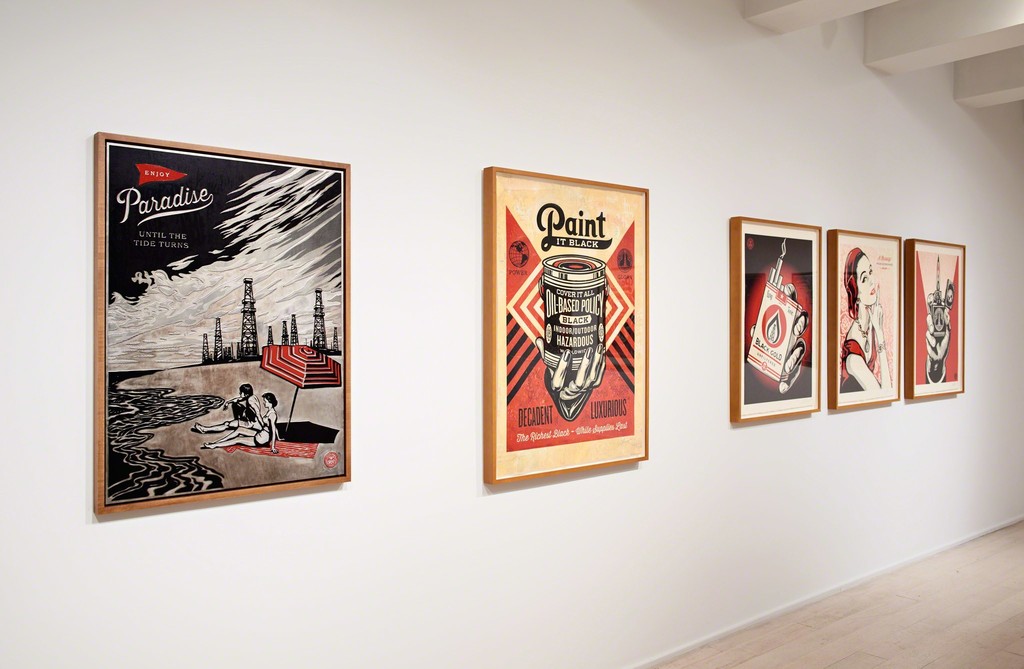 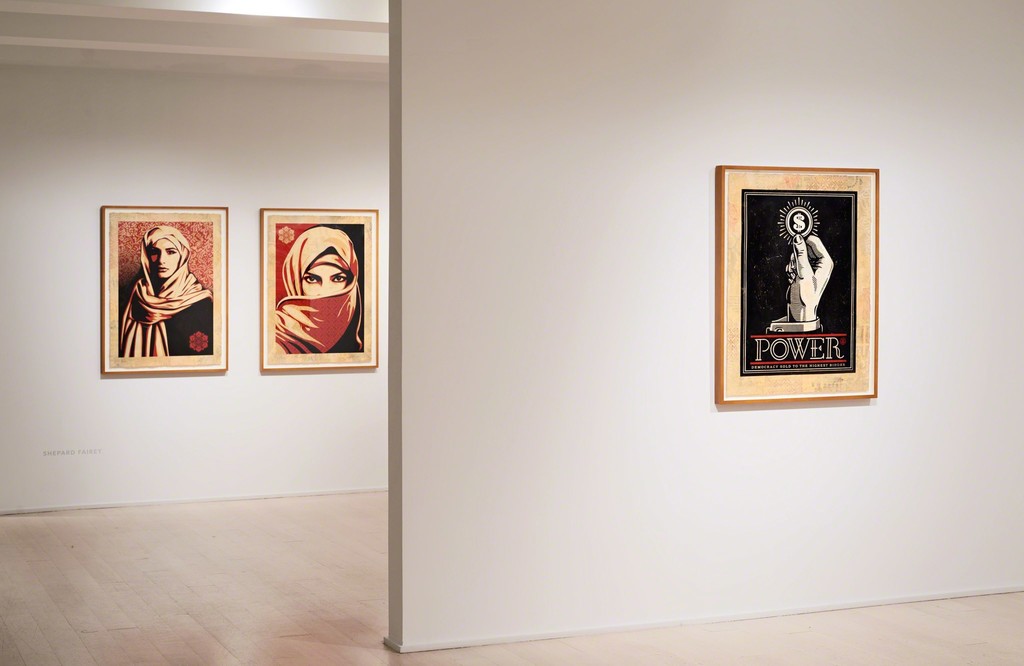 Pace Prints is pleased to present an exhibition of new editions by Shepard Fairey, on view September 18–October 17, 2015. The show will run concurrently with "Shepard Fairey: On Our Hands" at Jacob Lewis Gallery on the fourth floor at 521 W. 26th Street, the artist’s first solo exhibition of paintings in New York City in five years.

In his new series of prints on handmade paper, Fairey takes on the issue of corporate influence in government and the resulting inaction toward environmental concerns by the powers that be. In "Enjoy Paradise," a 3-color relief print, what at first appears to be an advertisement for a relaxing beach getaway quickly reveals itself to be a bleak landscape where the water flows like an oil slick, and towers loom forebodingly in the background.

In his signature black, cream and red color palette, Fairey combines imagery and text in a tongue-in-cheek manner to speak about serious economic and political issues. "Paint it Black," pays homage to the history of rock and roll, using Russian constructivist-inspired graphics to depict a hazardous paint can of “Oil Based Policy,” jutting out into the viewers’ space.

The exhibition marks Fairey’s second exhibition with Pace Prints and coincides with the artist’s new monograph "Covert to Overt," published by Rizzoli. A limited number of copies will be available for advance purchase at both Pace Prints Gallery and Jacob Lewis Gallery before the book’s release date.

Shepard Fairey first gained prominence while still a student at the Rhode Island School of Design, where he created his seminal “Andre the Giant Has a Posse” sticker. Fairey, taking notes from conceptual artist Barbara Kruger’s white-on red type design, transformed the original sticker into an internationally recognized symbol of the OBEY brand. Over the past two decades, Fairey has created indelible paintings, illustrations, fine art editions and murals critiquing the ever-changing political landscape. Influenced by Russian Constructivism, Chinese Communist propaganda and American advertising, Fairey’s work exemplifies a lifelong experiment in phenomenology and a simultaneously hopeful and damning call for independent thought in America.